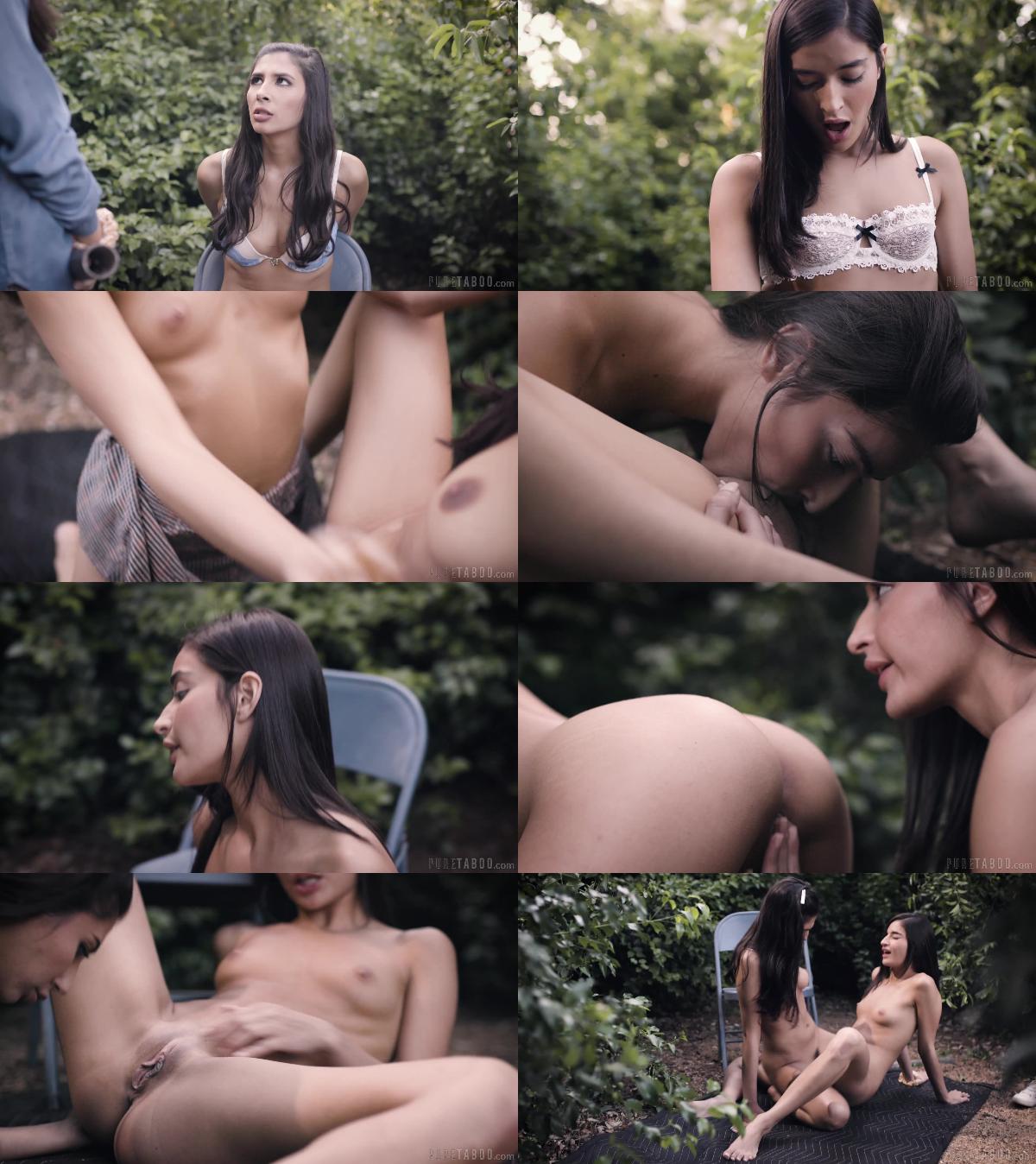 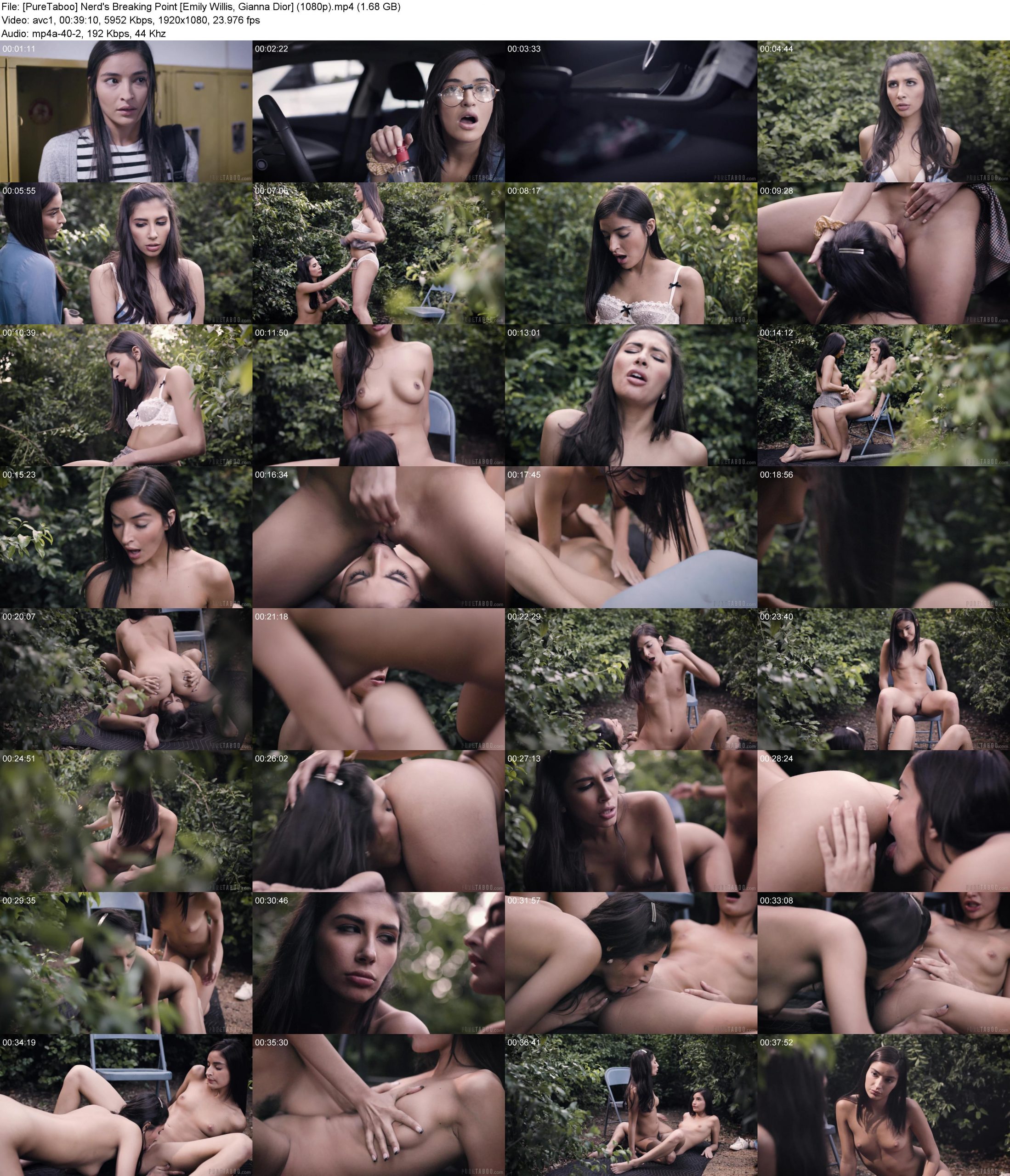 Nominated – Best Girl/Girl Sex Scene: Emily Willis & Gianna Dior, AVN 2020
NERD’S BREAKING POINT
Nerd Has Rough Sex With Sadistic Bully As Payback For Years Of Humiliation
Delores (Emily Willis), a nerdy high schooler is approached by her longtime bully, Nikki (Gianna Dior). Delores freezes, obviously terrified. A shadow falls across her back as Nikki steps up behind her. ‘God, how have I put UP with your UGLY-ass face since we were 13—for FIVE whole years now?! I mean, I hate EVERYTHING about you. Even those dollar-bin glasses,’ Nikki says, grabbing the glasses from Delores’ face and smashing them on the ground. Nikki walks away laughing. Delores stands there for another moment, shaking, her fists clenched with anger. Suddenly Delores’ fury boils over and she finally let’s go, unleashing an ear-splitting scream of rage.
OPENING CREDITS
A few days later, Delores sits in the driver’s seat of her car. Her glasses are taped up. The door is open and she sits half outside with her feet on the pavement. She seems expectant, glancing up often as if she is waiting for something to happen. Finally, she seems to see what she’s been waiting for and reaches over to the passenger seat, grabbing a bottle of clear liquid. She glances up again and as if she has received a cue, she takes off the bottle cap and begins to slowly bring the bottle to her lips, as if she is about to sip on it. Before it reaches her lips, we hear Nikki, from off-screen: ‘What the FUCK?!’ Nikki approaches Delores. ‘About to go on a little afternoon BENDER, Clitoris?!’ Nikki asks. Doing exactly what she expected Nikki to do, the bully steals the bottle and takes a swig. ‘What the hell!? This isn’t BOOZE! Whatever it is, it tastes AWFUL!’ Nikki says, puzzled.
Sometime later, Nikki’s eyes flutter open. Groggy, she slowly and laboriously sits up. She looks around, confused, wondering aloud to herself where she is. She sees that she is in a wooded, outdoor area. Nikki looks down at herself, discovering that she is in her bra and panties. She glances around and sees that Delores is squatting down to be level with Nikki.
Delores is holding a lead pipe. Delores begins to lightly tap the lead pipe on her hand. There is something unsettling and threatening about this gesture.
Delores gives Nikki an ultimatum: Nikki will do whatever Delores tells her to do. If she doesn’t, Delores will send compromising photos of Nikki to Nikki’s father. Nikki begrudgingly agrees.
Delores has reached her breaking point, and Nikki’s going to be sorry that she ever messed with her…
Outdoors Brunette Big Tits Girl on Girl Masturbation Natural Tits Small Tits Rim Job Fingering Teen
tags:catfight,cat fight,,female fighting,ring wrestling,female wrestling,Scissors,catfighting,cat fighting,catfight fetish,catfight porn ,lesbian domination,lezdom,humiliation,submission,forced orgasm,facesitting,spanking,storyline ,storyline,slave,slavery,mistress,enslavment,lesbian bondage,lesbian strapon,spanking ff,lesbian blackmail,strapon ff,lesbian anal,lesbian bondage,slave,whip,lesbian torture,whipping,female fuck female