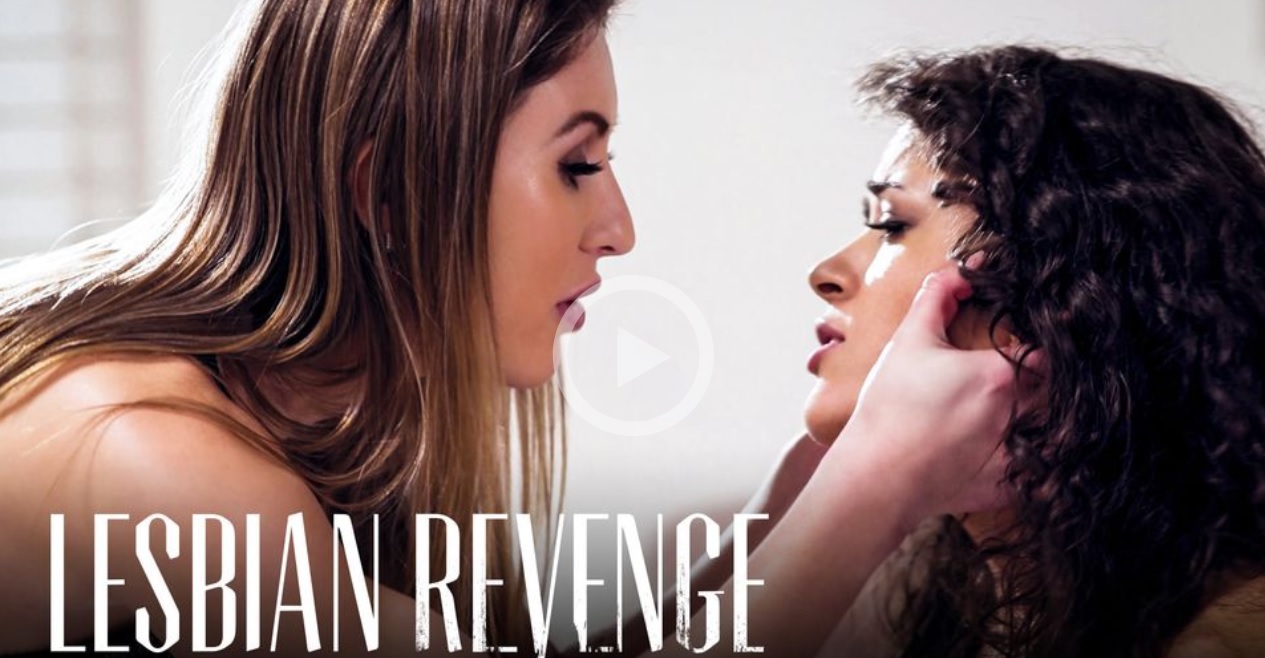 Nadia (Paige Owens) chats with her fiancee, Tara (Victoria Voxxx), who is browsing on her phone like always. Because Tara is so sociable, it’s often cause for arguments, and today is no exception. Nadia is suspicious that Tara is cheating but Tara assures her for the millionth time that she can trust her. They’re going to be MARRIED soon and Tara claims she’d NEVER hurt Nadia like that. Even so, Nadia’s insecurities nag at her as her imagination runs wild…

A few days later, as Tara swings by a cafe to grab a coffee, she’s stunned as she runs into an old ex, Jessie (Whitney Wright). Tara’s immediately remorseful, apologizing for how their relationship ended on such bad terms, and Jessie is touched. Although Jessie’s been hurt, she’s thankful for the apology and offers the chance for them to enjoy a coffee and catch up.

As they chat, an old flame seems to be rekindled between them, even as Tara reveals her upcoming marriage to Nadia. Even so, when Jessie starts to turn on the charm, inviting Nadia back to her loft, Tara is unable to say no. How can she when Jessie brings up that them meeting again like this HAS to be fate? Surely Nadia will never find out, right?
tags:lezdom fetish,lesbian domination porn,humiliation,facesitting,strapon,blackmail,revenge