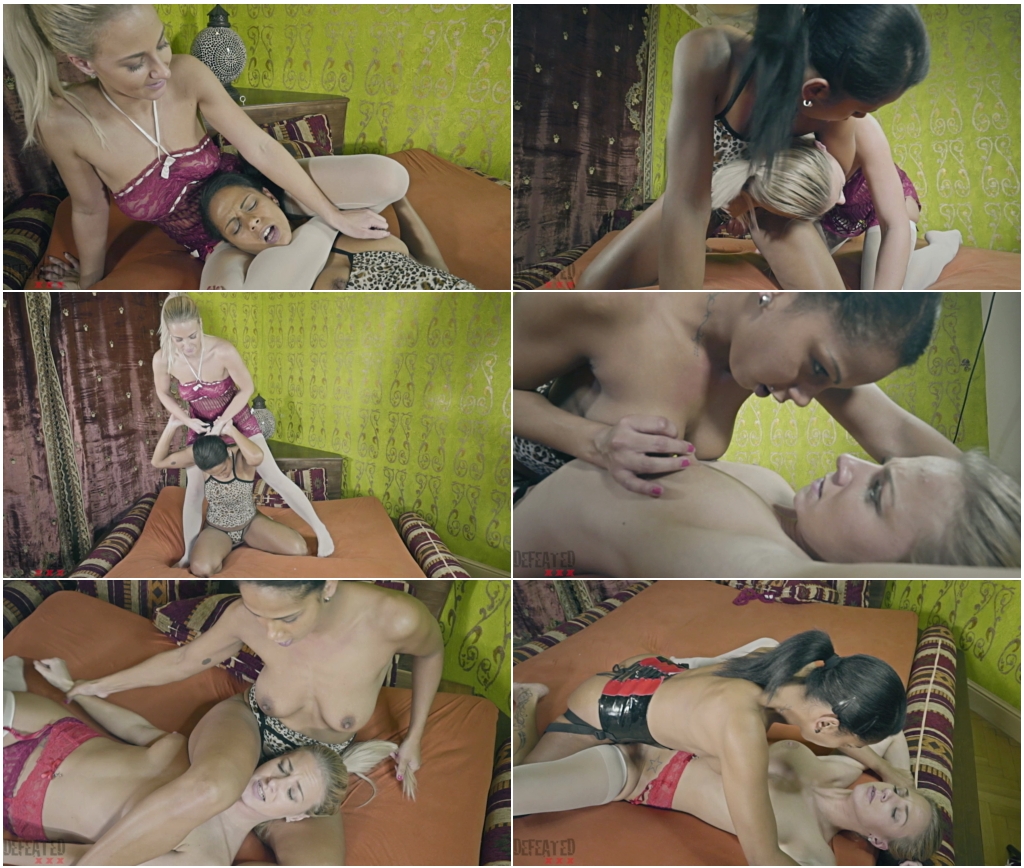 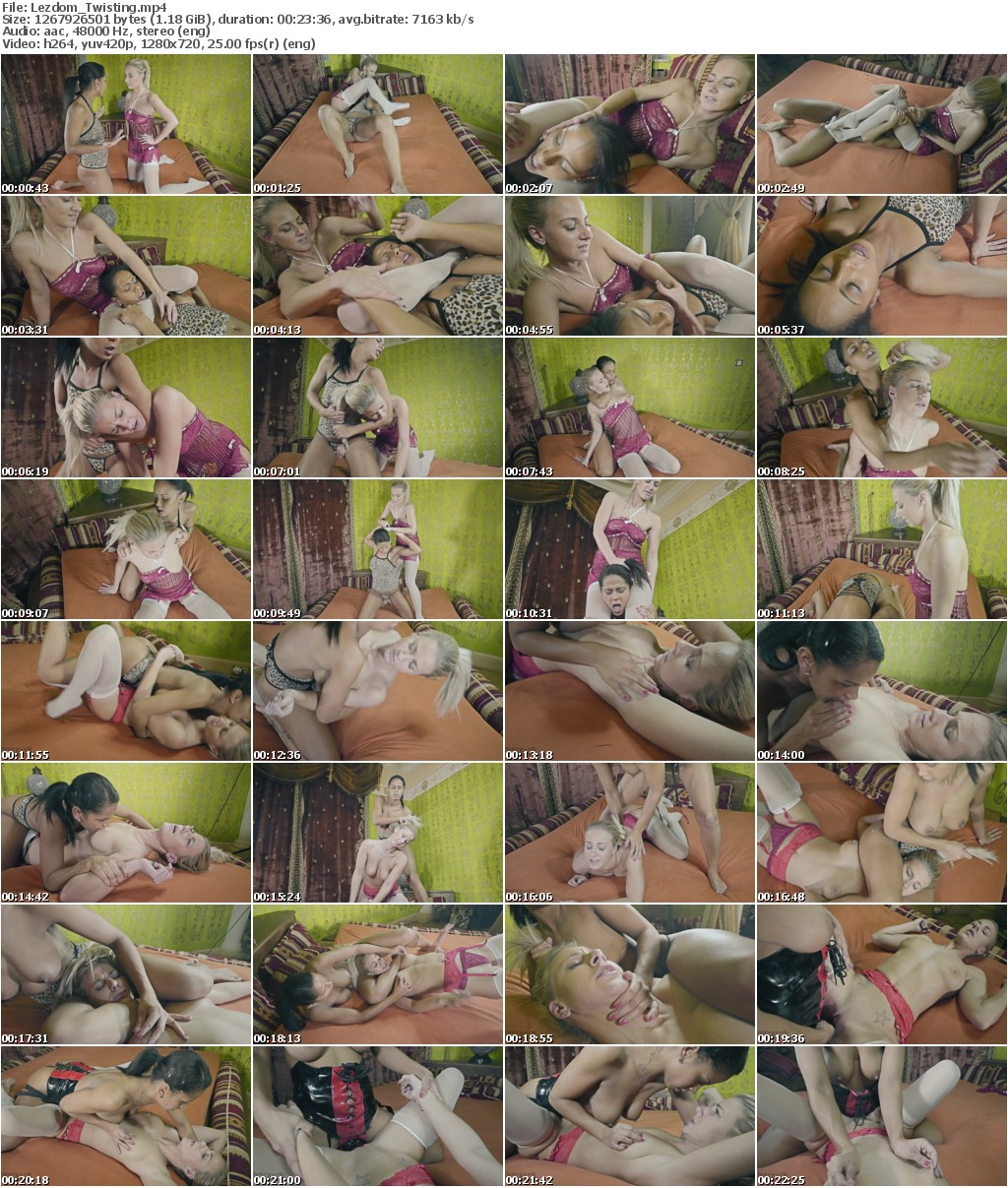 Round 1
Nataly grabs Isabella by the hair and quickly forces her to the floor,trapping her in a headscissor and pulling her hair, playing with her nipples too.Not happy just with that, Nataly wants to hurt her breast more, with a scissorhold that forces Isabella to submit.
Round 2
Isabella traps Nataly in a side headlock and chokes her, also with some hair pulling.Isabella then goes onto her knees and continues to choke Nataly. But this gives Nataly the chance to fight back, she claws Isabella’s crotch.Just when it seems Nataly’s crotch attack will free her, Isabella forces Nataly to her knees and chokes her from behind, also pulling Nataly’s hair and twisting her nipple until Nataly submits.

Round 3
Nataly grabs Isabella’s hair from behind and forces her to her knees still pulling her hair.Then Nataly traps Isabella’s head between her legs and continues the pulling untilIsabella submits.

Round 4
Isabella challenges Nataly to go bare breast to breast with her in a bearhug contest.They both take off their tops,They kneel down and bearhug each otherbut really soon Isabella proves to be stronger and forces Nataly to the floor.She presses her body against Nataly and bites her nipples until Nataly has to submit.

Round 5
Isabella grabs Nataly’s hair from behind then forces her to her knees still pulling her hair;Then Isabella traps Nataly’s head between her legs and continues to pull untilNataly submits.