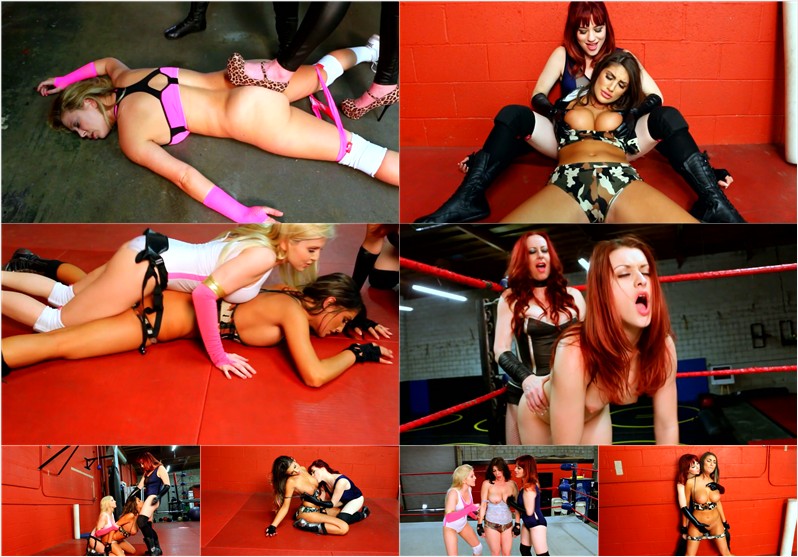 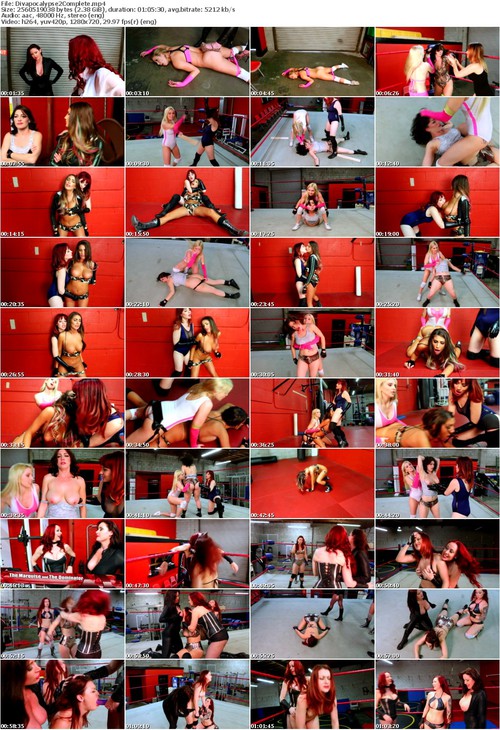 It’s the double main event from our BIGGEST wrestling event of the year, Divapocalypse!

In recent episodes of X Club Wrestling, we’ve seen The Mean Girls–XCW Champ Christie Stevens and her partner Jessica Ryan–brutalize and humiliate The Commandos! But everyone knows that GI Jewell never gives up, and so an “I Quit” tag team match might be just what the Commandos need to finally score a victory over The Mean Girls. But wait, the Mean Girls attack before the bell with weapons?! Does this mean yet another one-sided beatdown and sexual humiliation on the good girls??

We’ve also seen The Warrior suffering several vicious beatings at the hands of The Dominator and The Marquise. Now the sadistic twosome have challenged the Warrior to a three-fall tag match: First fall, regular pinfall or submission; second fall, a Last-Team-Standing match; third fall, a First Bl**d match! Who will the Warrior’s partner be? Especially since Cherry was beaten up and viciously sodomized earlier in the day by The Marquise and The Dominator??

Included in this HOT and exciting event: