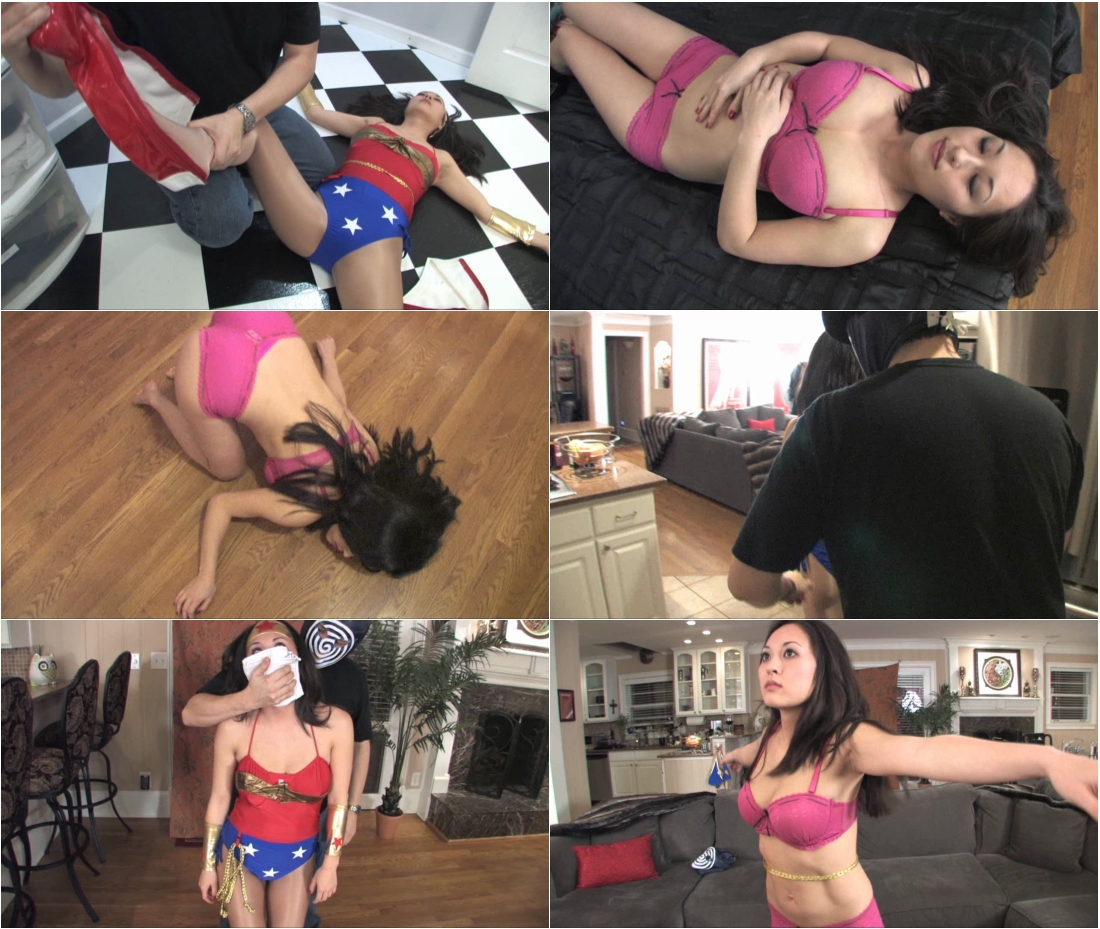 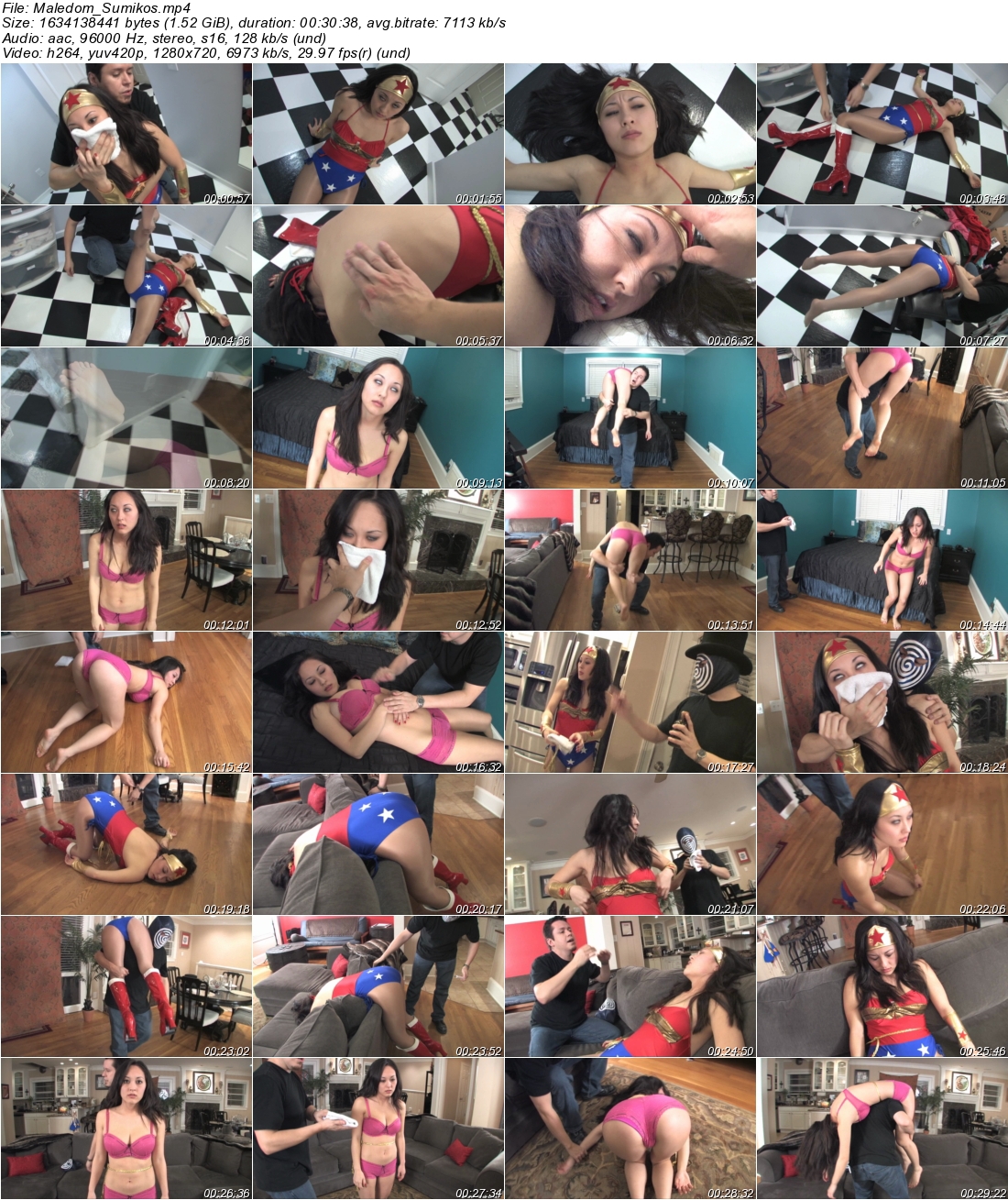 Starring Sumiko and Sleeperkid. Based off a custom script, Wonder Sumiko enters the hideout of a crime lord she’s been tracking only to be caught off guard by a chloroform soaked rag. He leaves her in a half state of consciousness, and uses her own weapons against her to find out the source of her powers using the lasso of truth: her belt. What else can it do? It can also give hypnotic suggestion, making it the perfect ammunition for the job. To test the hypnosis, gives commands of CHLOROFORM and to SLEEP. Wonder Sumiko is powerless to resist. He wipes her memory and sends her on her way, finding her in her own house and continuing the barrage knockouts via chloroform and commands.
After a lengthy nap, Wonder Sumiko (back in her alter ego) invites Hypnokid over to help her with training to build up her resistance to chloroform. Hypnokid claims it’s diluted, and that he’s added the “normal amount”, but we soon find out his master plan all along after multiple chloroform KOs was to keep her under his control and reveal her true identity to the world. Wonder Sumiko succumbs to the cloth, and gets carried repeatedly, always ending up in the same “flattering position” that the camera shows off from every angle! It’s WONDERful!
This movie contains multiple chloroform KOs, hypnosis command KOs, self chloroform applications, sedative injection, eye checks, Point-of-view scenes, multiple over the shoulder carries, limp limb manipulation
Tags:Maledom,Male Domination,superheroine,superheroines,Humiliation,storyline,story line,Mixed Wrestling,mixed fight,Submission,froced orgasm,super hero, super heroines,superheroines porn,superheroines adult movies,wonder woman