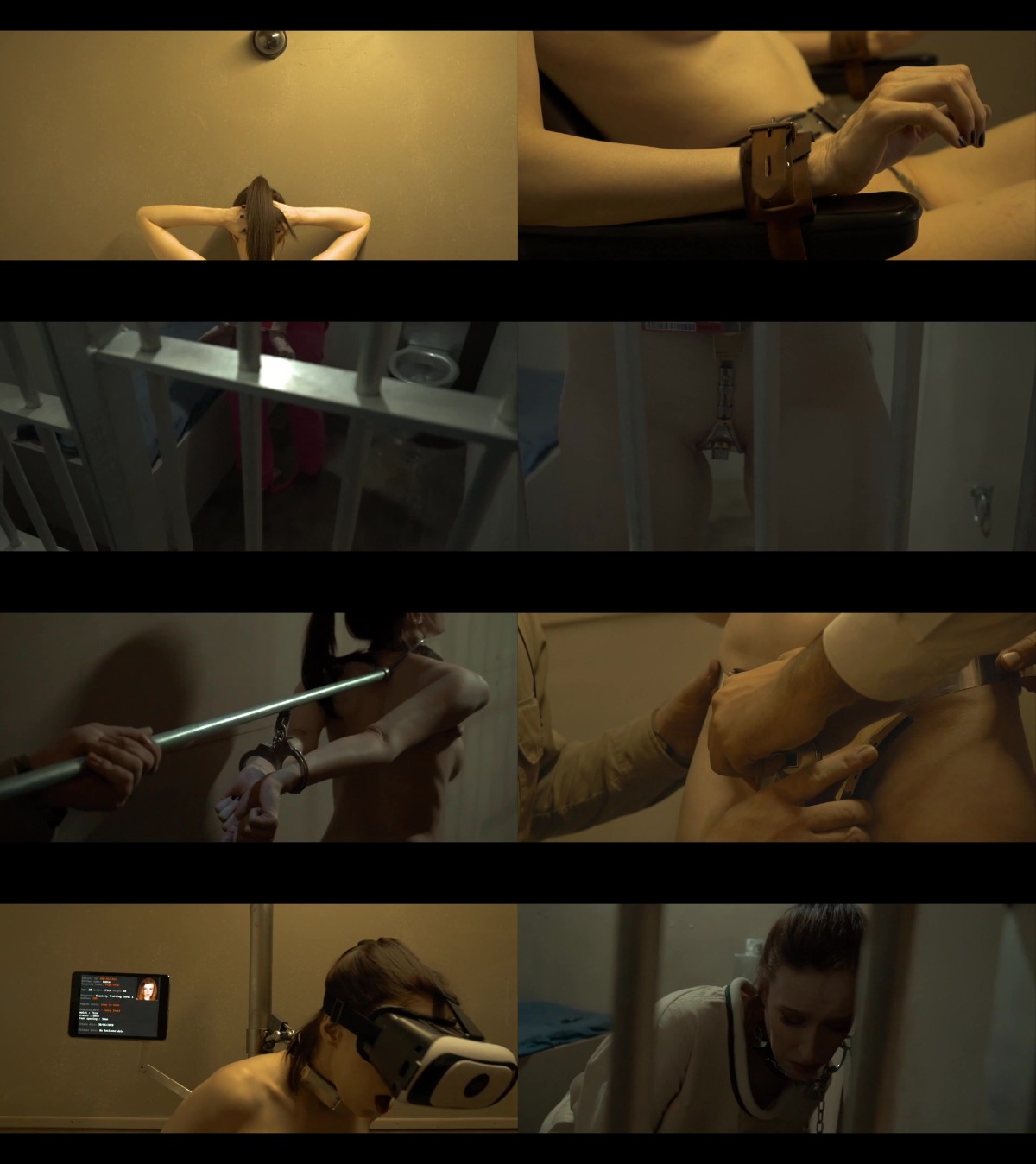 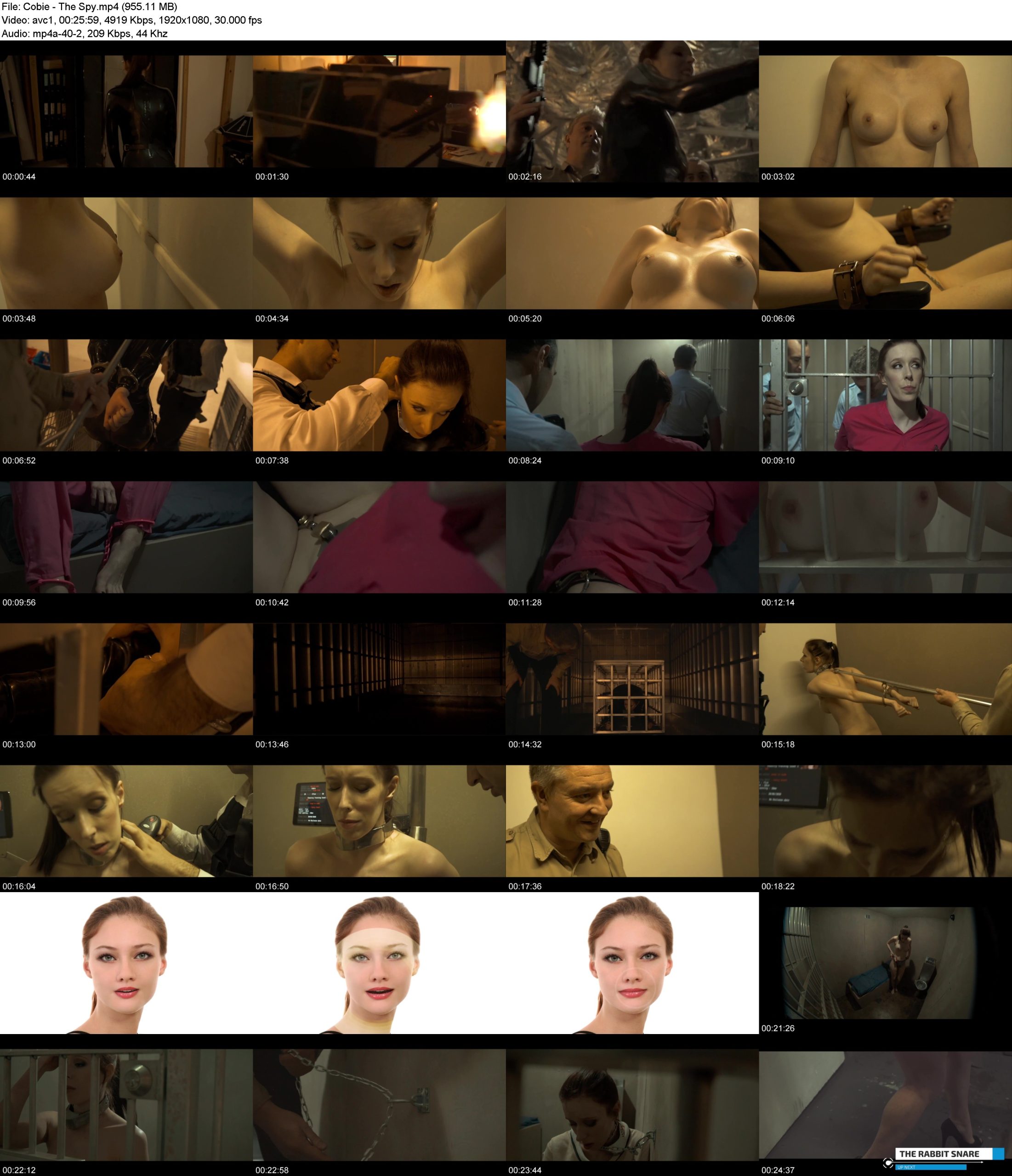 ‘Official Description:’ A mysterious spy just recently tried to break into the Chastity Prison and was caught trying to steal some confidential files and inmate records. Who does she work for? And what is it that has driven her to attack such a dreaded institution? The strikingly beautiful criminal mastermind, clad in tight, shimmering latex, refused to tell us anything… Cobie, a former inmate of the chastity prison, is now an agent trying to work against the organisation. Her gambit did not pay off and to her horror, she is once again a slave to the system of Chastity, and this time they will make sure she never escapes or tastes freedom again. Armed with a new chastity device and shock collar, she presents the highest security risk and is held accordingly. Cobie tried to get the secrets of Chastity Prison out in the open, now, once again she will experience the tormenting secrets and bondage this feared institution has to offer…
Full nudity, metal bondage, lesbian domination and hard humiliation for this hot spy.superheroine porn,superheroines fetish chastity belt maledom