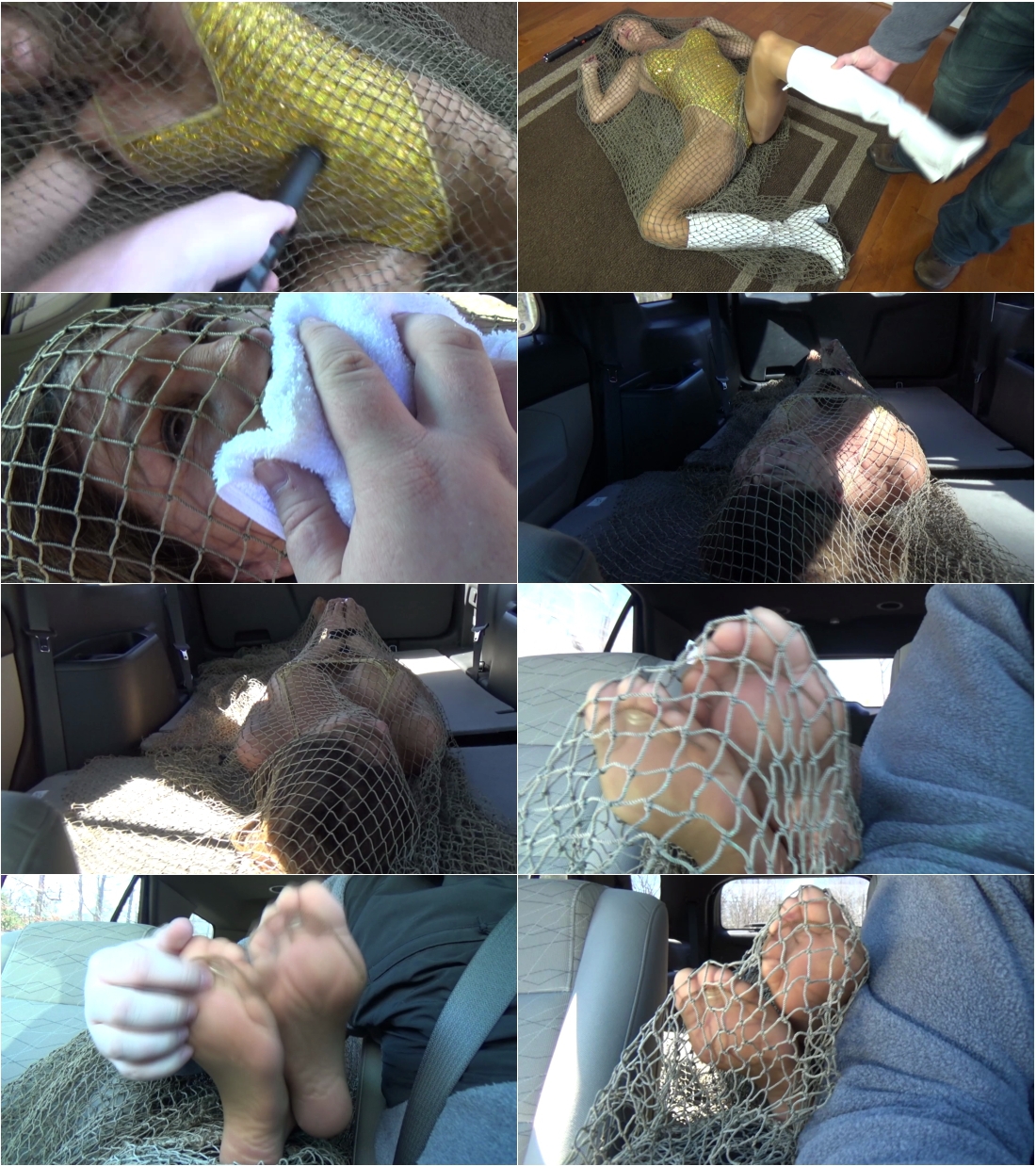 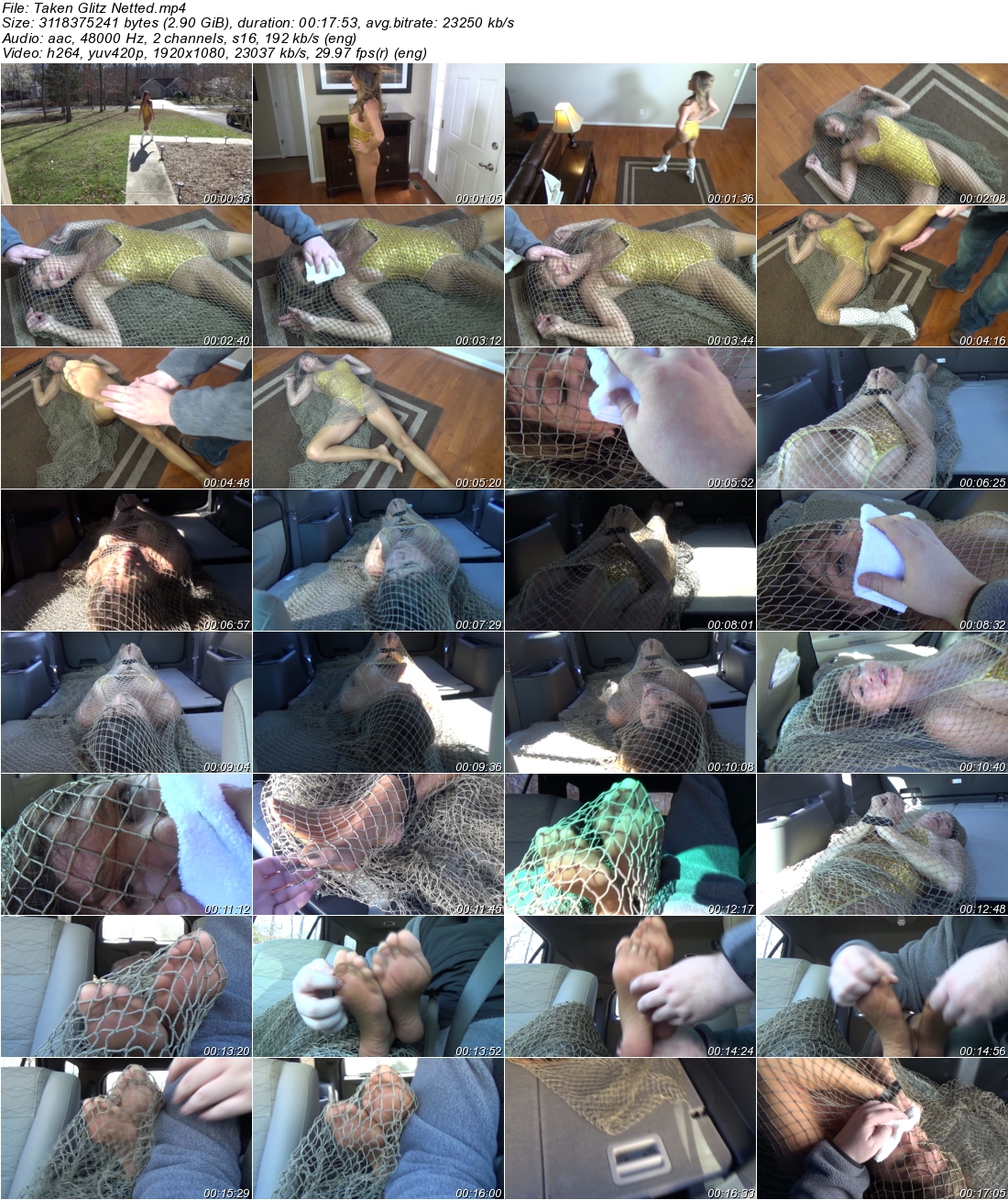 A brand new stand-alone movie featuring Hollywood’s debut as ‘Glitz’ the former-athelete turned-superheroine! Glitz has recently heard about a sex slaver operating his business out of a seemingly quiet neighborhood, and she plans to put a stop to him! In her shiny gold outfit, nylons and boots, Glitz walks up to her front door, unafraid. Sneaking inside, she calls out to him, telling anyone listening that she’ll be bringing him to face justice! After searching around briefly, we see from an elevated position a NET TRAP HAS BEEN SET! Just as Glitz walks under it and looks up, she reacts in horror as the net is cast on top of her! Struggling with it, Glitz screams as she hears the crack of the TASER, as the sex slaver quickly uses it to STUN the gorgeous superheroine! Glitz falls to the floor, still netted, struggling, as the slaver uses the TASER on her TWO MORE TIMES to make sure she’s completely out. With Glitz now completely out and netted, the slaver looks her over (he’s played silently in this entire movie, as usual). Looking over her sexy defeated body, he REMOVES HER BOOTS, showing the world her beautiful nylon feet. He uses something on her to put her back out when he wakes her. Later, he has her in the truck, still under the net, now with her hands and feet bound. Before he goes, he uses something on her to keep her helpless. This will be a running theme for the rest of the movie – every so often him pulling over to use something on her to keep her under control. He drives her to the sex slavery dropoff spot. As Glitz wakes, she begins to struggle, and then plea with him. She knows she’s defeated, as she begs him for mercy and to let her go. He pulls over every so often to put her back into a helpless state and shut her up. Near the end, to torture her a bit, he REVERSES HER POSITION so her nylon feet are up near him, and he TICKLES HER SEXY NYLON SOLES (brief tickling shown, only a couple minutes at most). In the end, they arrive at the destination, and he uses something to put her out a final time. Looks like Glitz will make a wonderful sex slave.
Tags:Maledom,Male Domination,superheroine,superheroines,Humiliation,storyline,story line,Mixed Wrestling,mixed fight,Submission,forced orgasm,super hero, superheroine porn,super heroines,superheroines porn,superheroines adult movies,superheroines fetish,magic power,magic control,fantasy