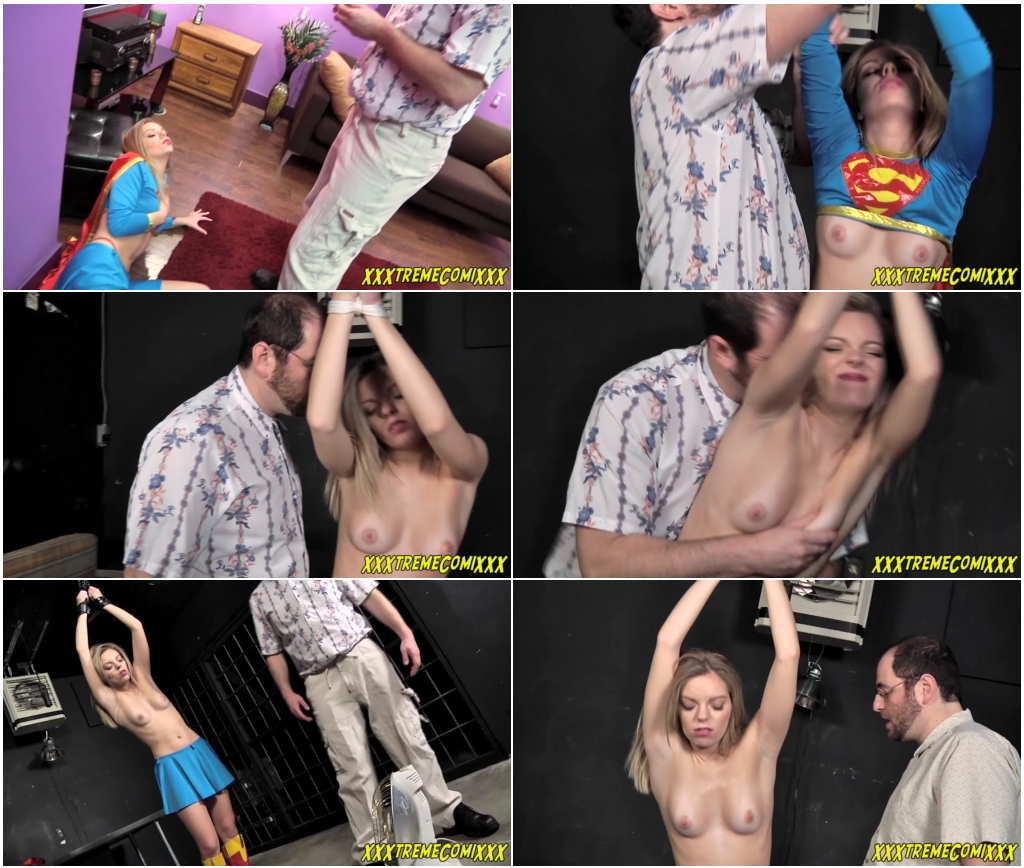 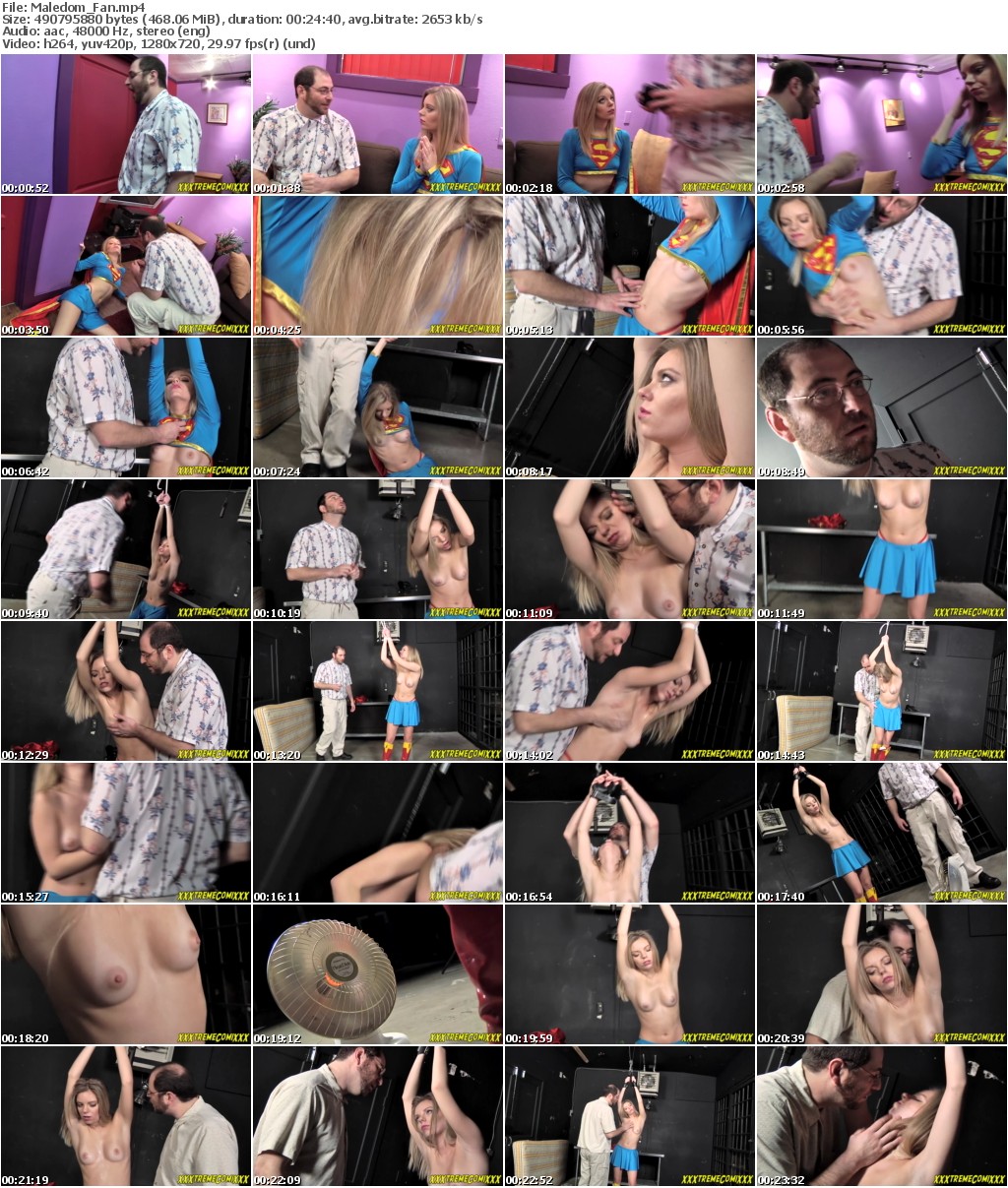 Rock is Supergirls biggest fan and he just cannot wait to meet her. She knocks on his door and he happily shakes her hand, offering her a seat on his couch. He has asked her here because he has information about Lex Luthor. She wants to get down to business but he wants to know more about her superpowers. He keeps deflecting her questions, showing her items that he keeps that reminds him of her. If he doesnt have any info maybe she should go. He stops her though, he does have something.

After her last fight he found something at the scene that could help. He brings her a tin can but has trouble opening it. She grabs it and tears it open revealing a crystal of kryptonite and disabling her.

He holds the stone closer, weakening her until he can put a cloth of over her mouth.

Later, in his dungeon, the Superfan has tied Supergirls hands above her head. He takes his time with her, caressing her and admiring her. He thinks that maybe she doesnt like him for some reason. He squeezes her nipples and relishes in the moment. He removes her shackles and strips off her top before tying her up once more. She calls him a freak and in an earned state he beats her mercilessly. He threatens her with the stone of kryptonite, beating her face and stomach.

He pulls off her panties and rubs her pussy before removing her shackles and pushing her up against the wall. He sucks on her nipples, her powers growing weaker. He wants her to think about what shes done, shackling her again. He puts a heat lamp in front of her to dehydrate her and leaves her there for several days.

When he returns she is sweaty and weak but he simply cant let her go or she will tell all her friends and he figures nature will just take its course on her. How much longer could she last? He promises to check on her later.