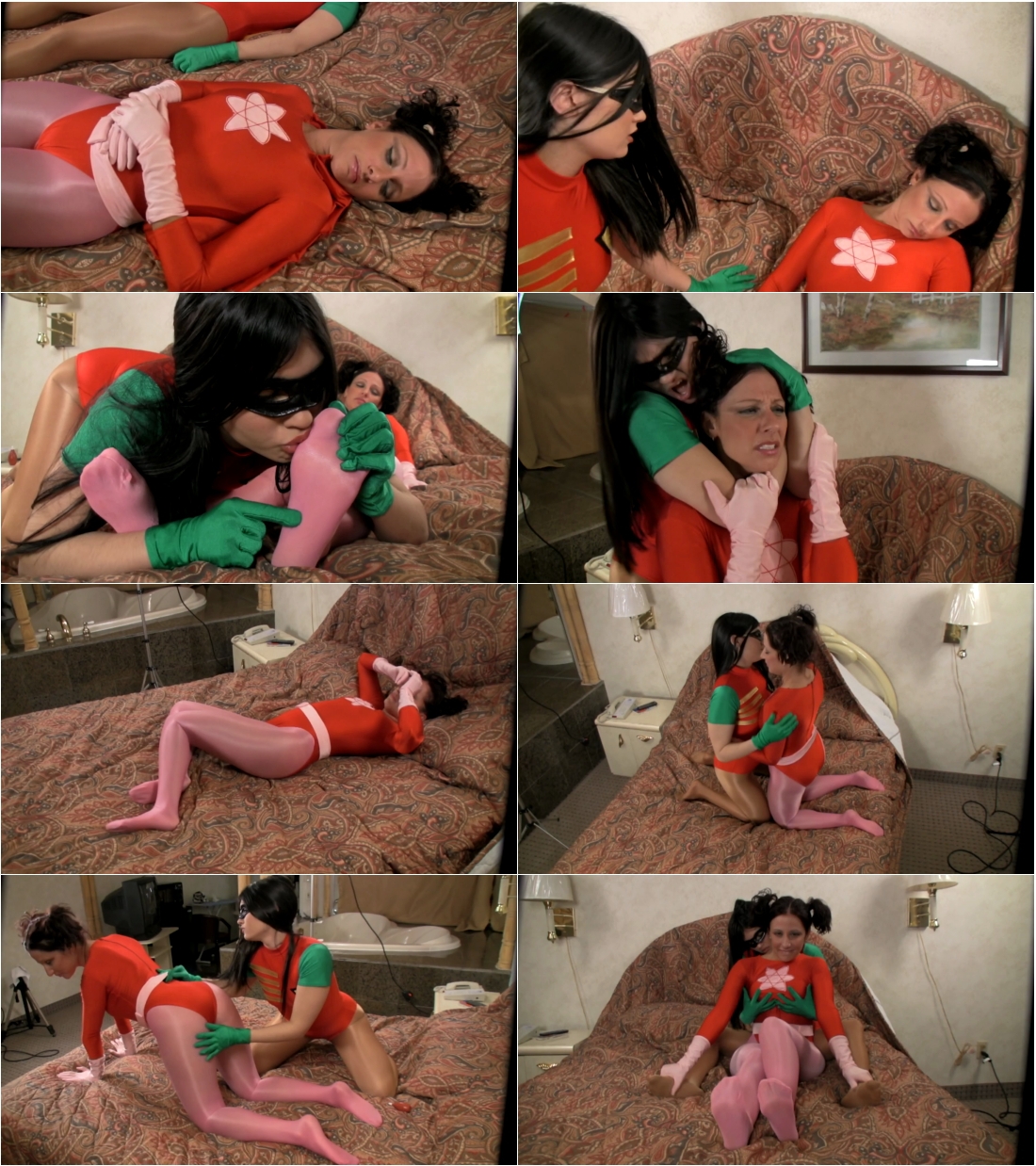 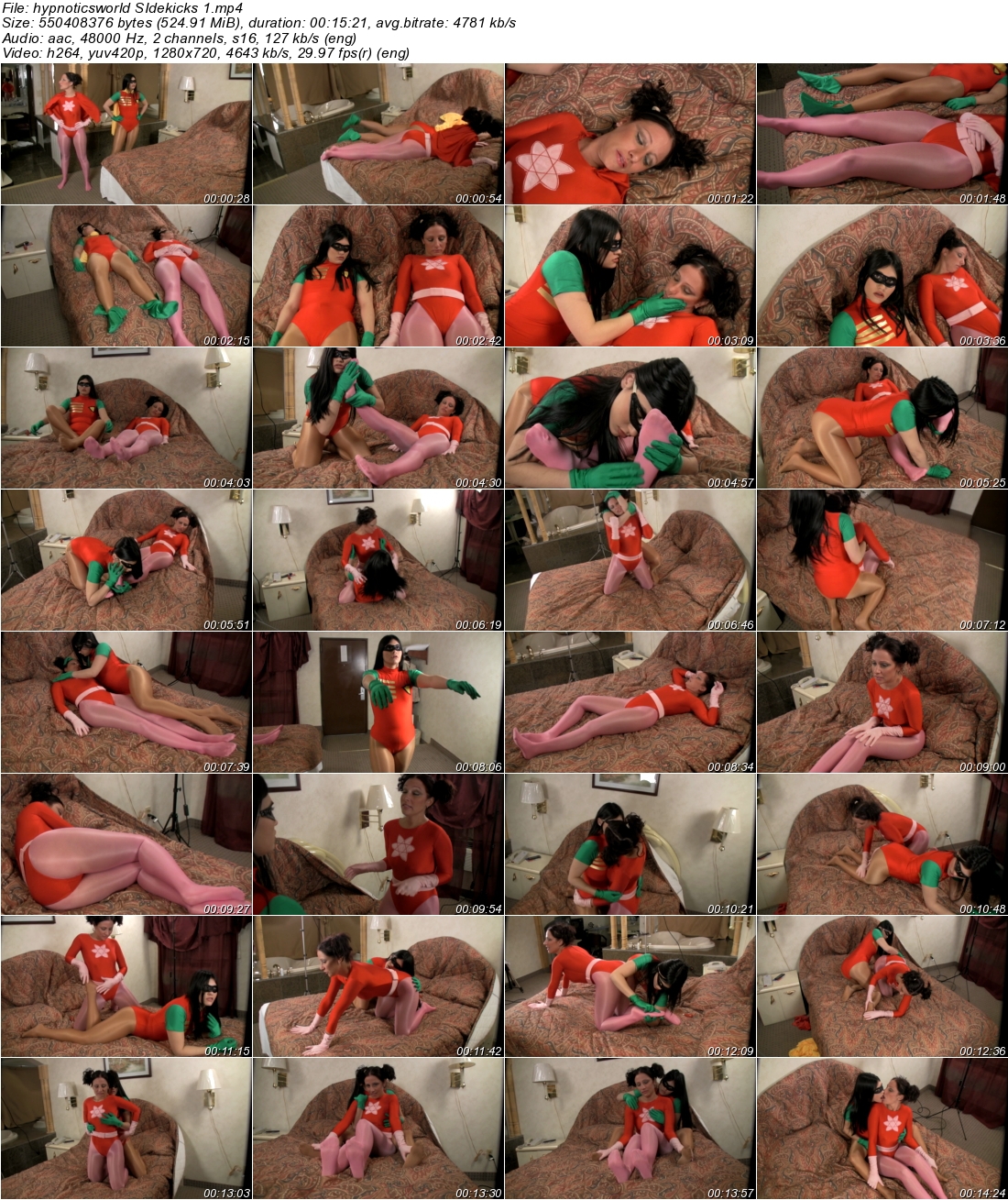 2 well known sidekicks, Robyn & Gamma Girl, go on an adventure of their own looking for the Mighty ! They head his last known location but he’s not around, or so it would seem. As they figure out their next move, a powerful magnet pulls them in by the metallic fibers in their bulletproof tights! The 2 heroines are stuck until a powerful blast sends them flying onto the bed. They realize they’ve been found but it’s too late, MH put both girls away to dreamland.
MH then is able to get control of Robyn’s mind and compels her to act out her fantasies on Gamma Girl! Soon, he calls her away for more conditioning. Gamma Girl, having been KO’ed by Robyn after a brief struggle realizes she needs to know Robyn out and get her back to HQ.
Gamma Girl tries to gas Robyn but MH has prepared her for a possible trick and Robyn blows an aphrodisiac in Gamma Girls face before Gamma Girl can act! Gamma Girl soon starts to feel the effect of the aphrodisiac and soon she is unable to control herself. The two heroines are now more interested in each other and forget all about trying to capture MH!
After awhile MH decides to make his escape and sends the girls to dreamland one more time, leaving them, sleeping peacefully.
Models: Jade Indica, Jordana
tags:superheroine,superheroines,lesbian domination,lezdom,story line ,storyline,forced orgasm,submission,humiliation,super hero, super heroines ,superheroines porn,superheroine porn , superheroines adult movies,superheroines fetish,magic power,magic control,fantasy,lesbian sex,lesbian porn,lesbian bondage,,lesbian strapon,spanking,lesbian bondage,slave,slavery,mistress,enslavment ,catfight,cat fight,,female fighting,ring wrestling,female wrestling,Scissors,catfighting,cat fighting,catfight fetish,catfight porn ,facesitting