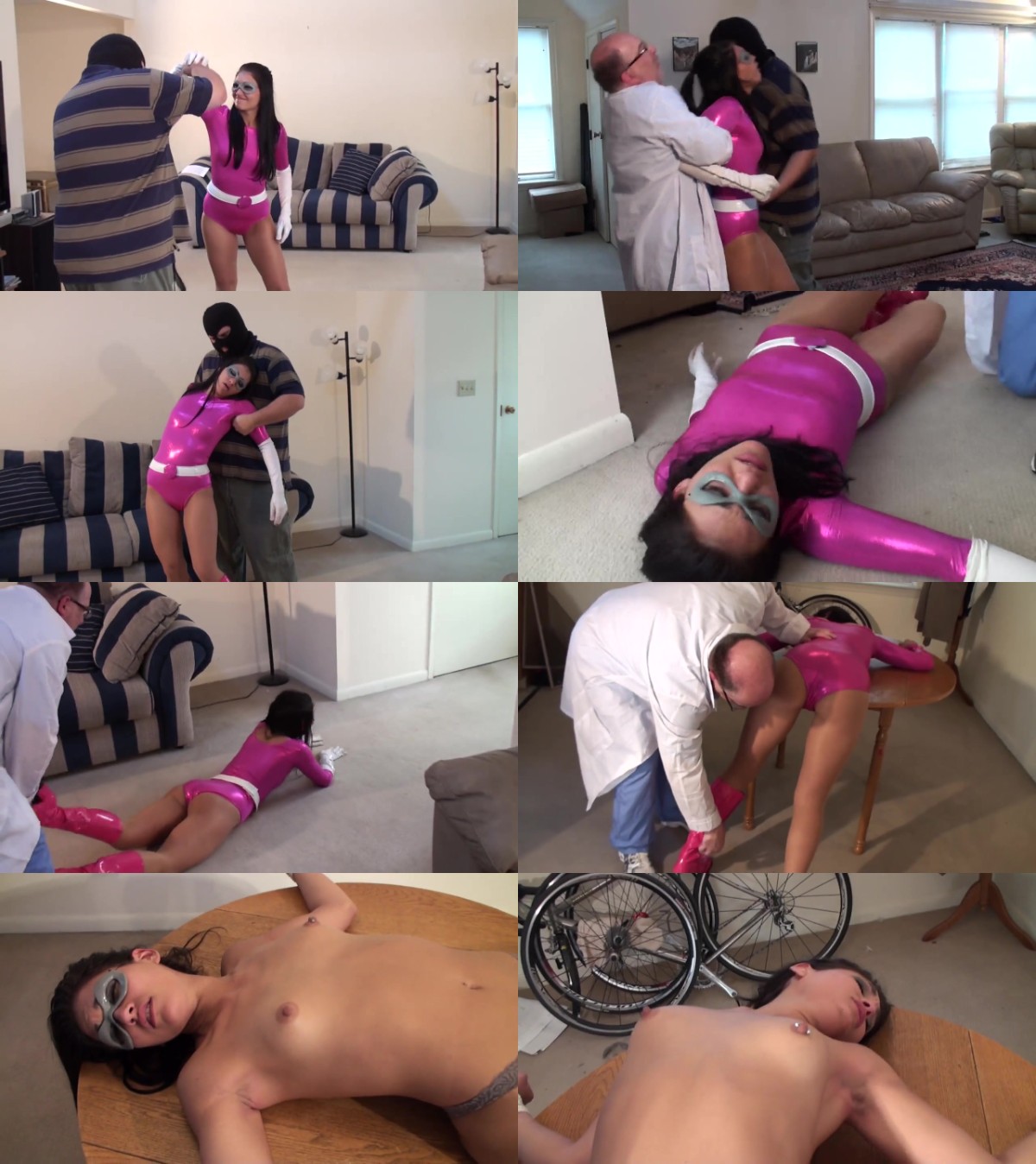 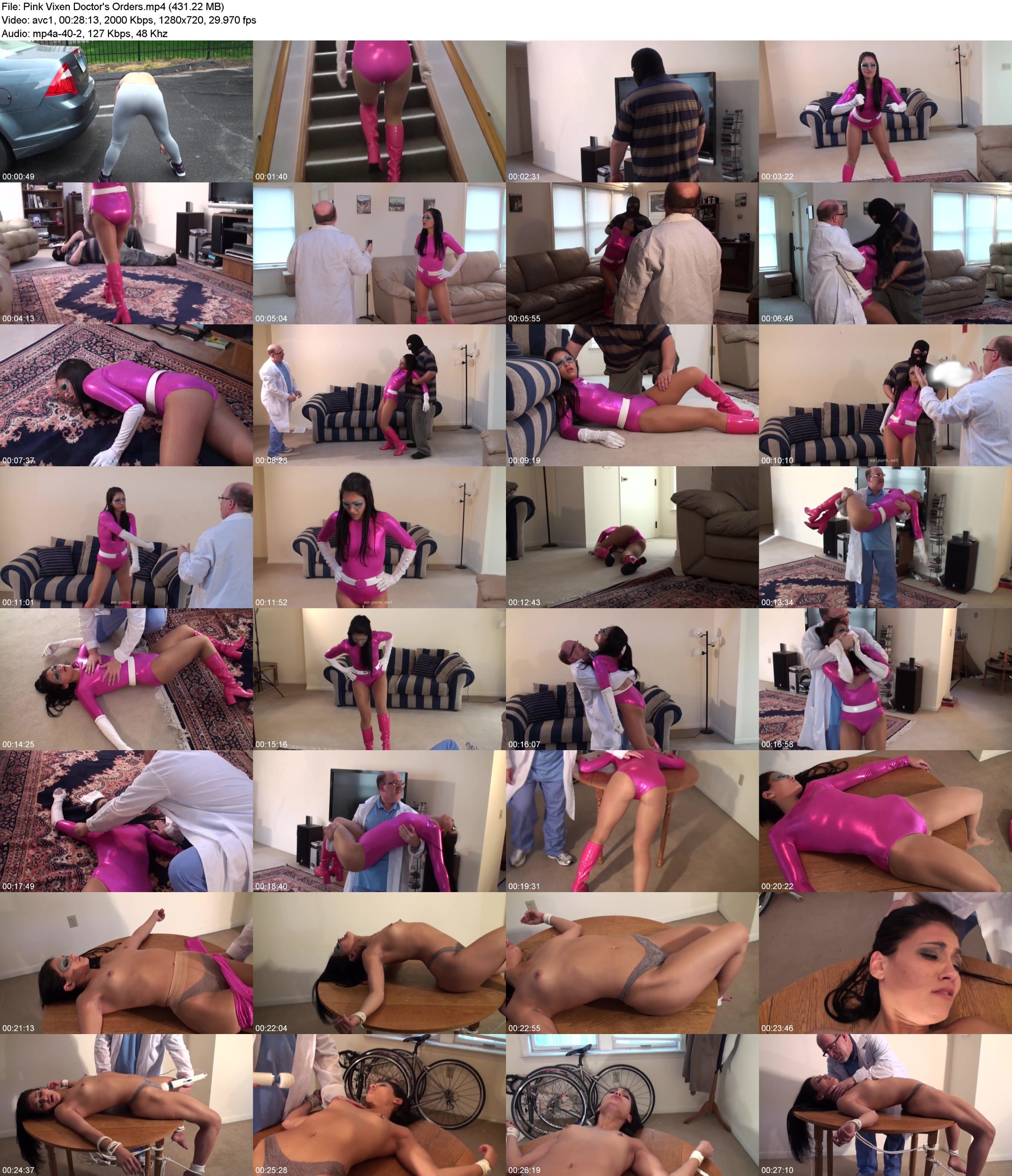 Pink Vixen goes to the home of Dr. Williams to make sure his new found powers don’t fall into the wrong hands. Little does she know, the doctor has already made a deal to use his powers to commit serve the crime syndicate. Upon arrival, she confronts an evil henchman. She beats him down with ease only to discover that the Doctor has some evil plans of his own. He takes her by surprise and unleashes his powers on her. He shocks her and weakens her. Then a back and forth, 2 on 1 fight begins. The 2 men punch and kick her back and forth and even take turns holding the heroine’s arms behind her back while the other punches her in the stomach and face. They seem to have the upper hand on the young heroine but a quick move by Pink vixen causes the doctor to destroy his own henchman. Pink Vixen begins to fight back, trying hard to take the doctor down. They fight each other with punches, kicks, back breakers, bearhugs, leg scissor choke holds and more. The battle goes on until she is taken from behind and KOed with a soaked cloth. What evil plans does Dr. Williams have for the Helpless Heroine?
Video Includes: 2 on 1 AND 1 on 1 M/F fight scenes. Back and forth fighting action, Super Power display, choke lift, wrestling moves, cloth KO, Unmasking, Heroine stripped down to her panties, bondage struggling, orgasm and much more…
Categories: TRANSFORMATION FANTASIES, BONDAGE, TIGHTS FETISH, MADE TO CUM, GROPING.
Keywords: transformation fantasies.
tags:superheroines fetish,superheroine porn,superheroines sex,humiliation,superheroines adult movies,fantasy