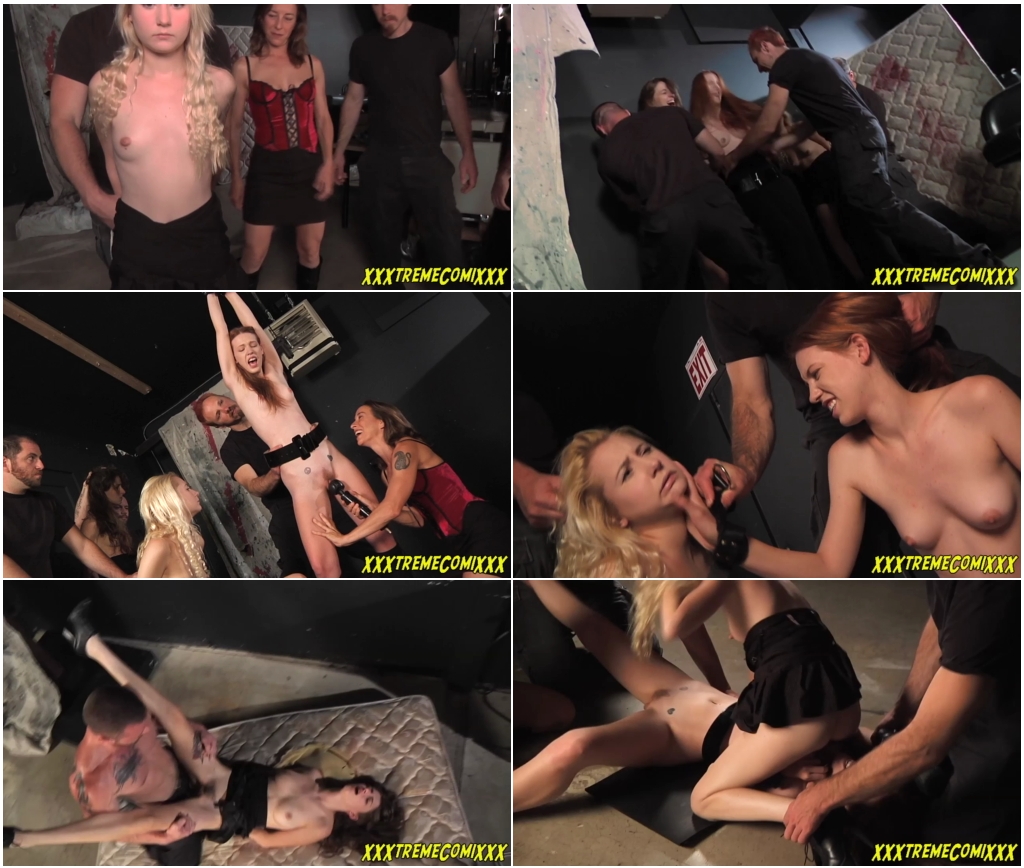 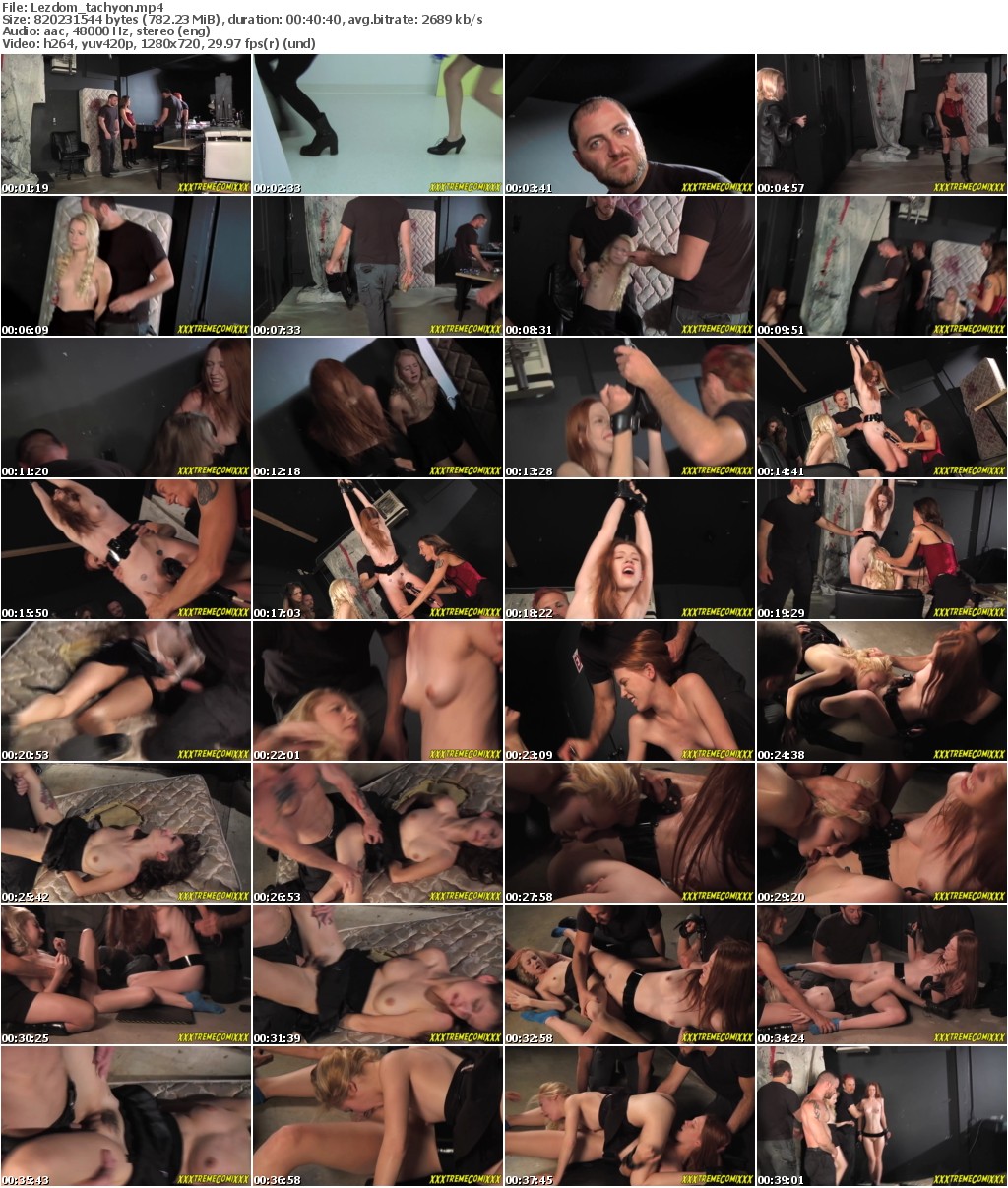 The Tachyon Gang is a group of thugs who use their special ability of speed and technology to “freeze” whole cities, practically stopping time, and steal everything they can. A group of government spies find where they are set to strike next and go to stop them. The fearless Odette, with her partners Willow and Pepper, armed with lasers go to where they are supposed to be hiding out. A laser battle ensues, but the bomb goes off before they can get it, freezing the whole city.

The gang ties the girls up, and goes to loot the frozen city. After a time, the effects of the bomb wear off and the girls awake bound. The villains return and decide to have some fun with them. They beat them a little bit, then start to tickle them, then they take Pepper and put her on the winch and rub a hitachi on her pussy, making her writhe and squeal in orgasmic torment.

One of them takes Willow and starts to fuck her hard and deep, pounding her tight pussy, while at the same time, the others make Odette and Pepper lick each others pussy and grind on each other until they are f***ed to orgasm.

Once done with the girls, they decide to use them as sex slaves for the rest of time