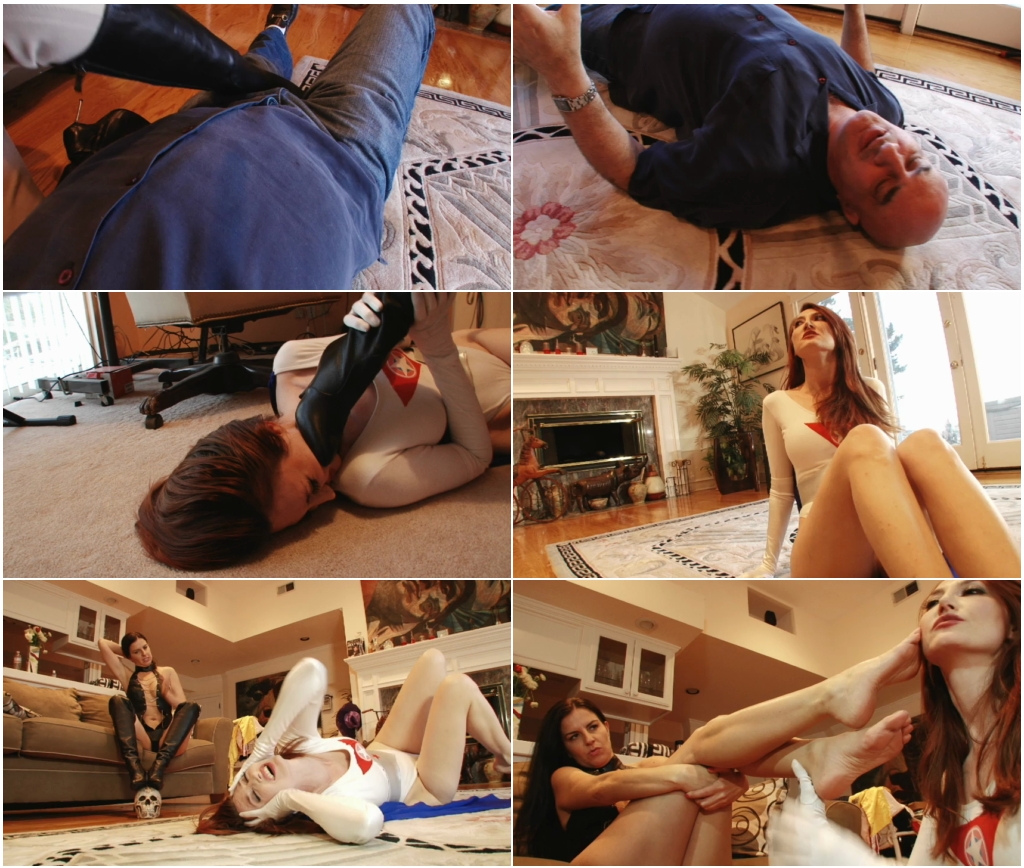 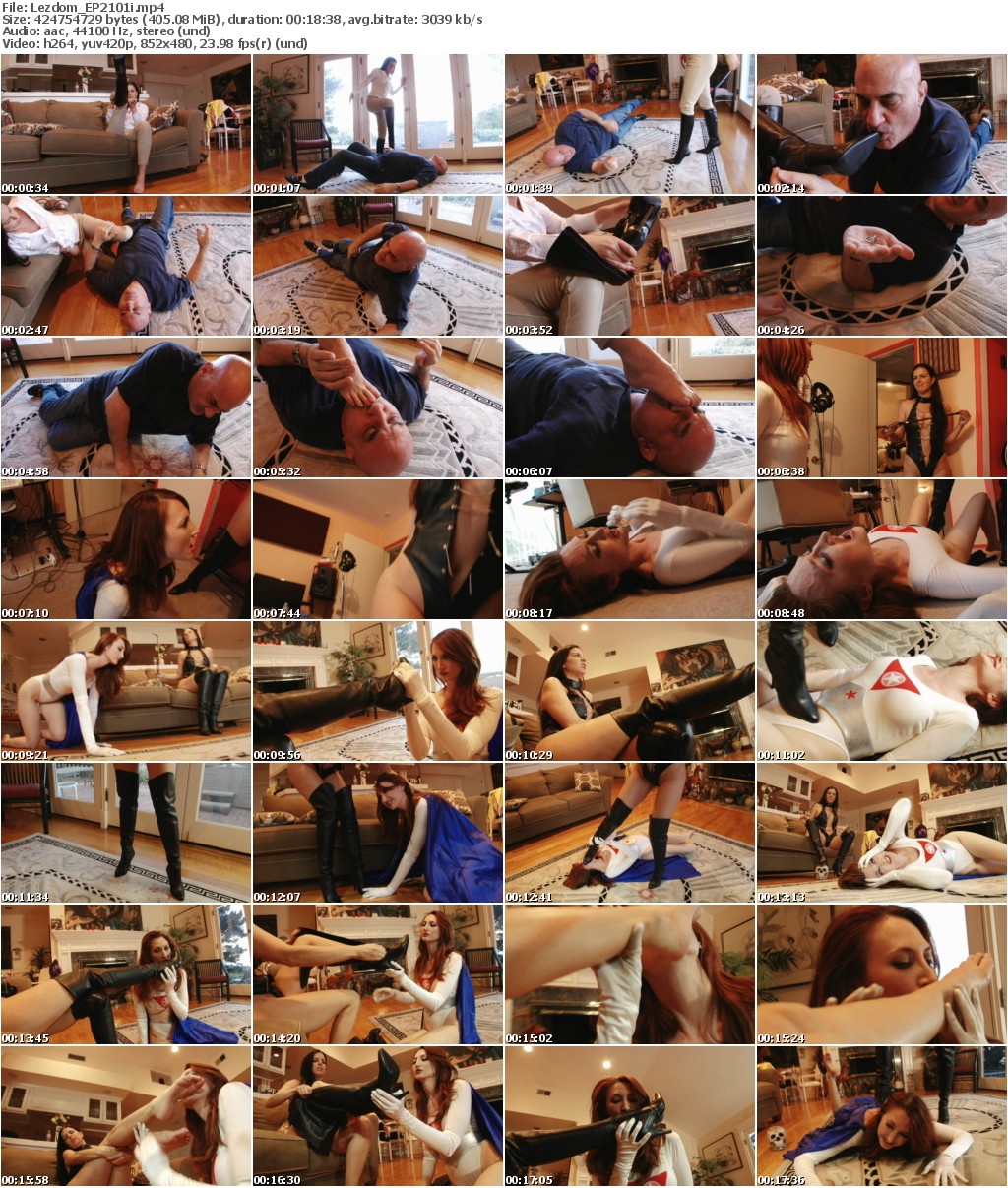 Boots, feet, destruction, humiliation, and beautiful women – all constantly on display in this super epic saga. This is a nine episode journey staring the beautiful Kobe Lee and Kendra James, also with Diana Knight and Scott. A complex story of good and evil, mind control and dual personalities, but it’s those damn leather boots that play a central role and not just one pair but many. Also beautiful feet are played with as our heroine goes from good to bad, and when she’s bad she destroys with her boots; kicks and stomping till her victims are forced to lick and suck her boots, she even strokes their most sensual parts as she goes from destruction to pleasure then back again. Nine fabulous episodes all offering this fun story and lots of foot and boot destruction; both men and women suck the heel of her boots and polish the leather with their tongues as Kobe vacillates between good and evil, controlled by that mean Diana. So if you like beautiful women, boots and destruction than nine may not be enough for you – but it’s a delicious start !!!!
tags:superheroine,superheroines,lesbian domination,lezdom,stroyline,froced orgasm,submission,humiliation,super hero, super heroines ,boot worship,feet worship