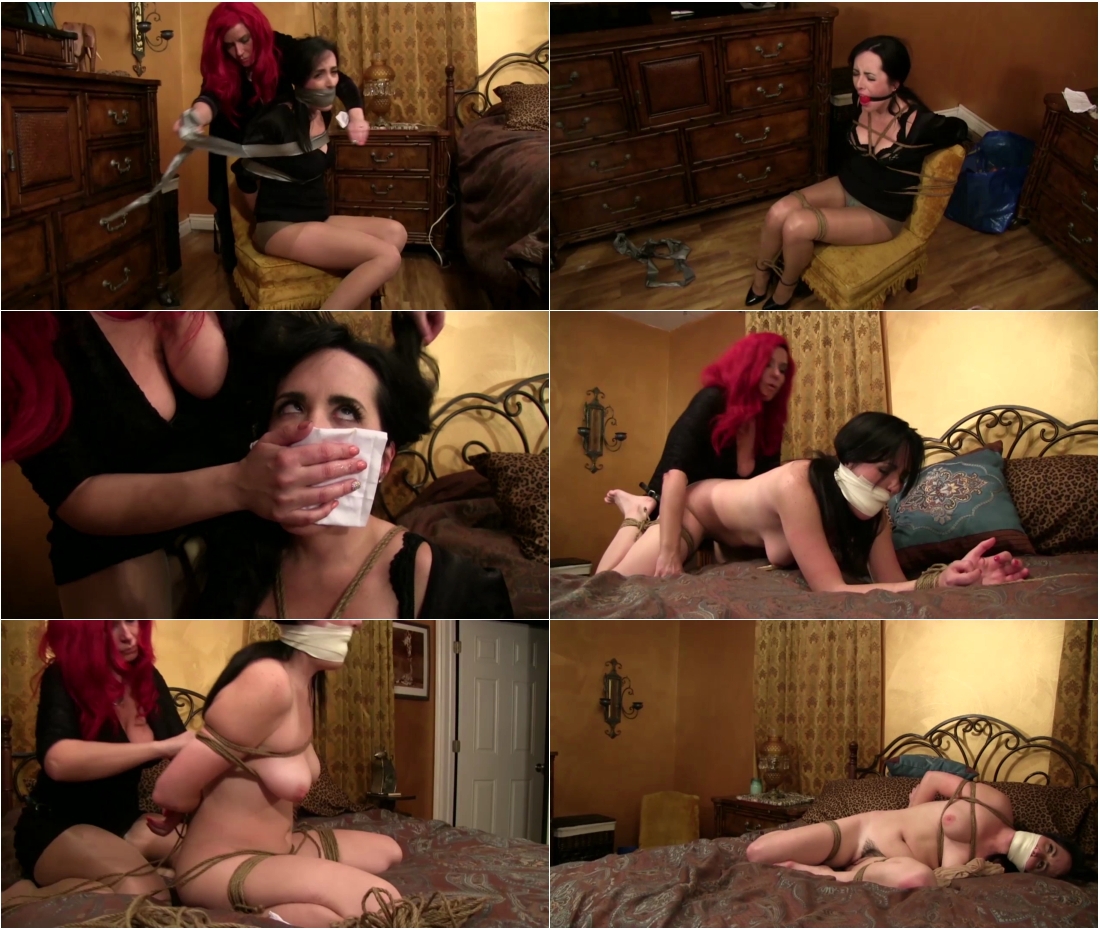 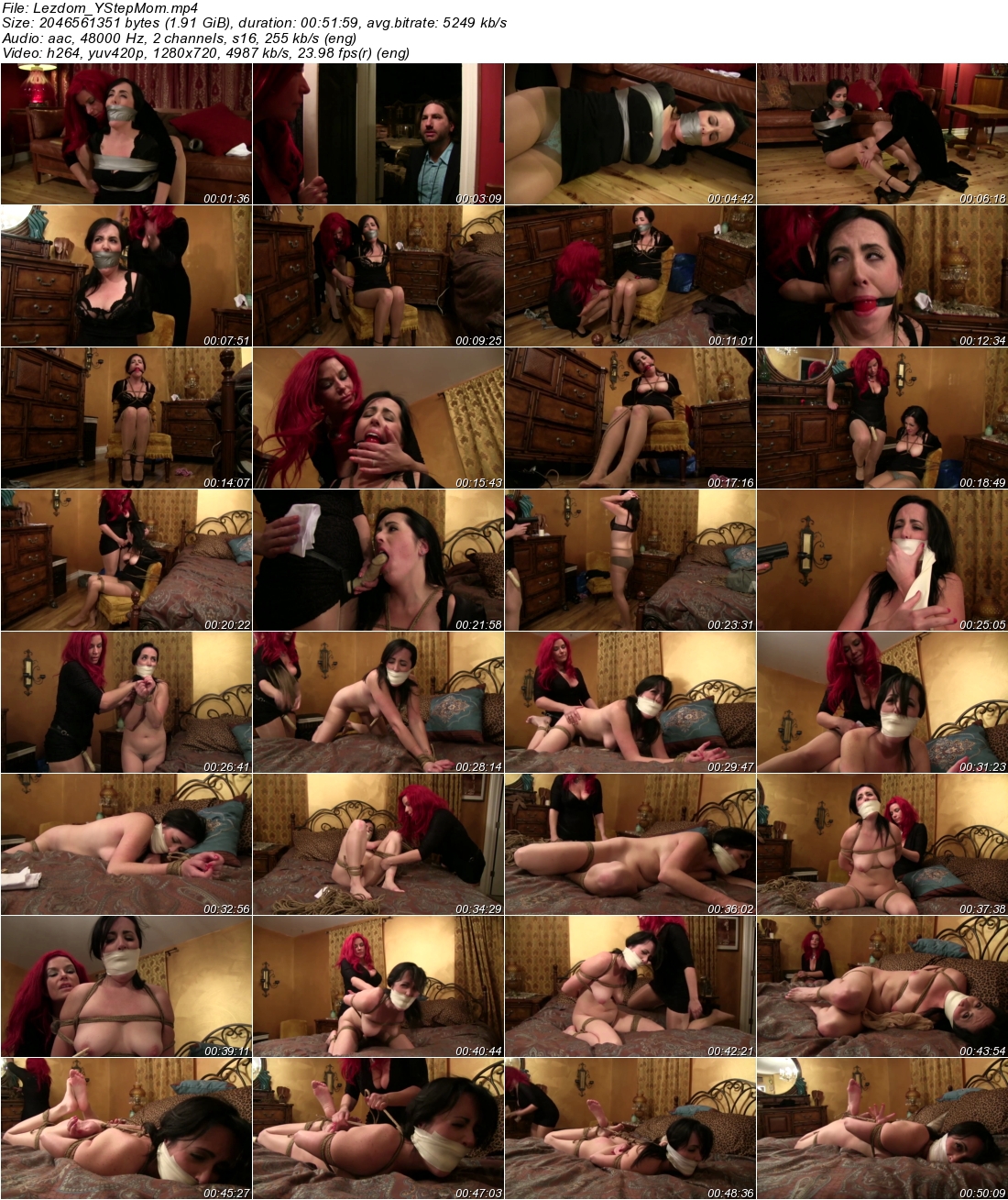 JJ Plush & Dixie Comet
JJ has her stepmom Dixie taped up in the living room. JJ is sure that 30 year old Dixie mur dered her 70 year old father in hopes of getting his money making it look like it was just his time to go. Instead of letting the law handle it, JJ takes matters into her own hands. When she stops by before the funeral JJ overpowers her and tapes her up. Dixie gets gagged with a mouth full of panties and duct tape around the head but still making all kinds of noise so JJ kn oc ks her out. Someone knocks on the door- a detective asking JJ if she was aware that her stepmom was not at the funeral and stating that the woman is a suspect in the case. JJ tells him it is a bad time and she will be in touch. When JJ returns, Dixie is coming to. JJ takes the tape off of her legs and makes her walk up the steps to the bedroom. Dixie takes the rest of the tape off and quickly binds Dixie to a chair and swaps out the panties for a ball gag then knocks Dixie out again and starts untying her…for JJ has big plans for her step-mom.
Dixie comes to and JJ’s strap-on dick is in her face as she is undoing her ball gag. JJ forces her to suck the strap-on…grabbing her by the hair and forcing her step-mom to choke on her dick. JJ then puts Dixie down for a nap so JJ can get her untied and ready for more strap-on fun. When Dixie comes to, she is untied and standing next to the chair. With a gum pointed at her, JJ tells Dixie to undress completely and stuff her panties in her mouth and wrap her head with tape. Dixie is bound with hands in front and tied to the bed with clothespins on her nipples. JJ shoves her cock into Dixi;es pussy and bangs her from behind as the clothespins scrape on the comforter as she is banged. J kn ock s Dixie out again for good measure before getting her ready for round two.
Dixie wakes up and JJ starts to frog tie her other leg and puts her into a box tie. JJ bends Dixie over again and fucks her with her strap-on cock…thrusting into her step-mom’s pussy with no remorse before knocking her out again. Finally JJ gets her hogtied as Dixie is still in a daze. She leaves her struggling hogtied while JJ gets ready to attend more family get togethers. She has also removed Dixie’s ring, the one that once belonged to JJ’S grandmother. She has assured Dixie that she is going to be sold off to a nice man in Saudi Arabia for the tiny sum of $10,000 once she is done with her. Dixie fucked with the wrong family…(bondage, limp fetish, lesbian domination, strap-on, dildo fucking, damsel in distress)
Category: LESBIAN DOMINATION
Related Categories: DAMSEL IN DISTRESS, STRAP-ON, LIMP FETISH, BONDAGE, DILDO FUCKING
Keywords: sleepy, , ballgagged, taboo, drooling, female domination, lesbian, MILF, struggling, groping, pantyhose, dildo sucking, chair tie, forced stripping, JJ Plush
tags:lesbian domination,lezdom,story line ,storyline,froced orgasm,submission,humiliation,JJ Plush , Dixie Comet,stepmom,step mother,step daughter,bondage