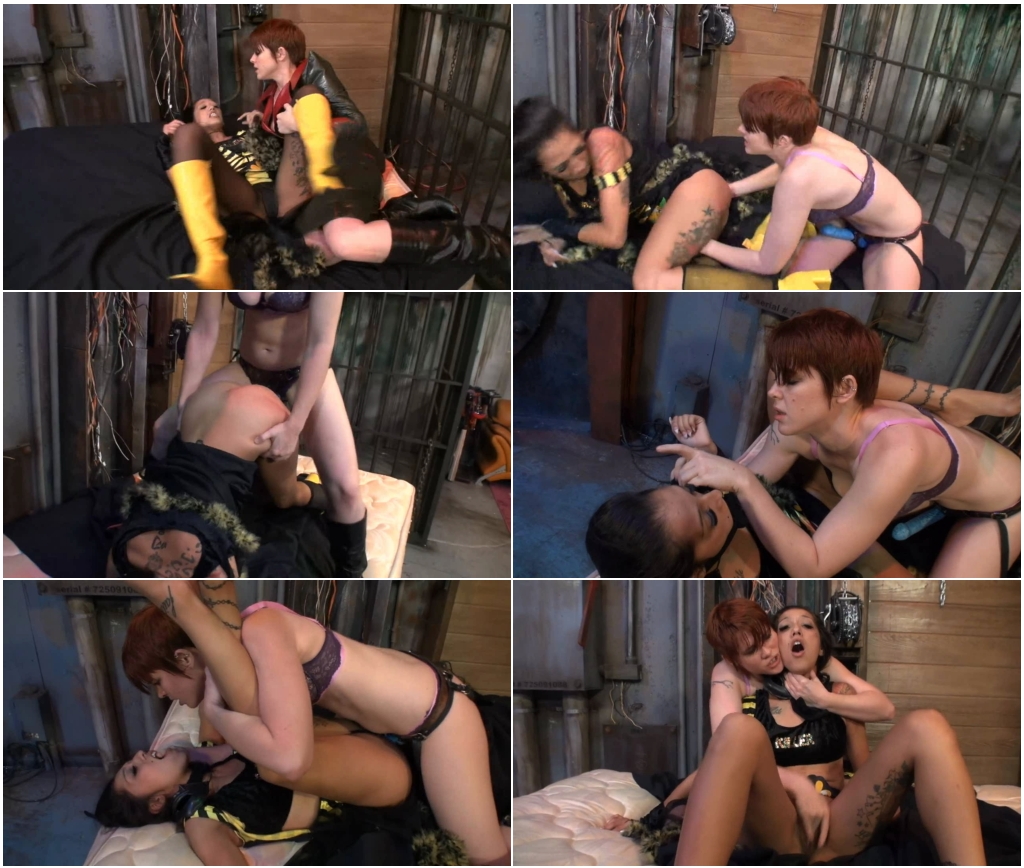 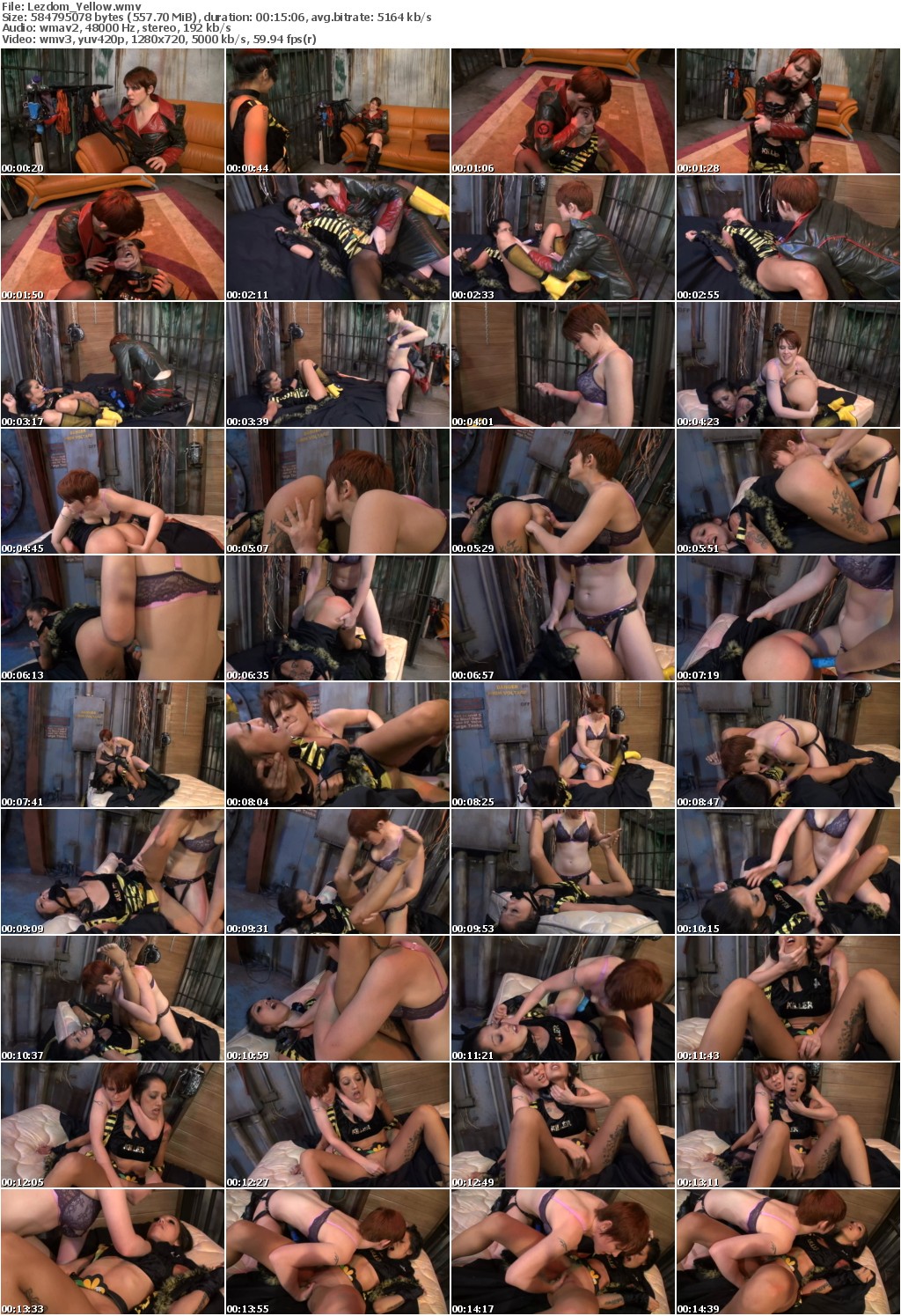 The mighty Yellow Jacket, played by the uber sexy Stefania Mafra has been away for a while recovering from injuries sustained in a battle with Ultra Woman. So excited to be back in action she jumped at the chance to redeem herself. So when a new lead came in while Yellow Jacket was on monitor duty, she did not log the lead in. Instead she decided she would handle this herself so she hung on to the lead until she was done with monitor duty. So she headed into the lair of a super villain without any back up, intelligence or even a record she had followed the lead.So without any forethought, Yellow Jacket rushed into the lair of one of Tiedsvilles nastier villains. The evil Countessa, played by the sexy goddess Lily Cade, was relaxing deep underground in her lair when she was abruptly interrupted. Surprised but not noticeable so, Countessa watches as the eager little super heroine rushes into her soon to be demise. Countessa listens as Yellow Jacket talks but all she is hearing is Charlie Browns teacher.Countessa jumps up and surprises Yellow Jacket with her strength! She drags the little heroine down to the floor and basically began to manhandle her. Yellow Jacket is unable to break Countessas iron grip. If the speed with which Countessa took out Yellow Jacket is any indication, then the heroine is about to wish she had never taken this lead. She dragged Yellow Jacket over to a bed and tossed her effortlessly onto it.Yellow Jacket tried to fight back but she could not. Countessa totally dominated her from start to finish and was now about to sexually dominate her as well. What happens next is poor Yellow Jacket gets sexually destroyed by Countessa. She gets fucked, fingered eaten and generally worked over until she is screaming from orgasm after orgasm. When Countessa is done she simply walks off leaving whats left of Yellow Jacket in a sexually wasted heap on the bed.
Category: SUPERHEROINES
Related Categories: SUPER VILLAIN, FACE SLAPPING, LESBIAN DOMINATION, ORAL SEX, STRAP-ON Keywords: stefania mafra, lily cade
tags:superheroine,superheroines,lesbian domination,lezdom,stroy line ,stroyline,froced orgasm,submission,humiliation,super hero, super heroines ,superheroines porn,superheroines adult movies,strap-on,strapon,pussy fignering,pussy licking