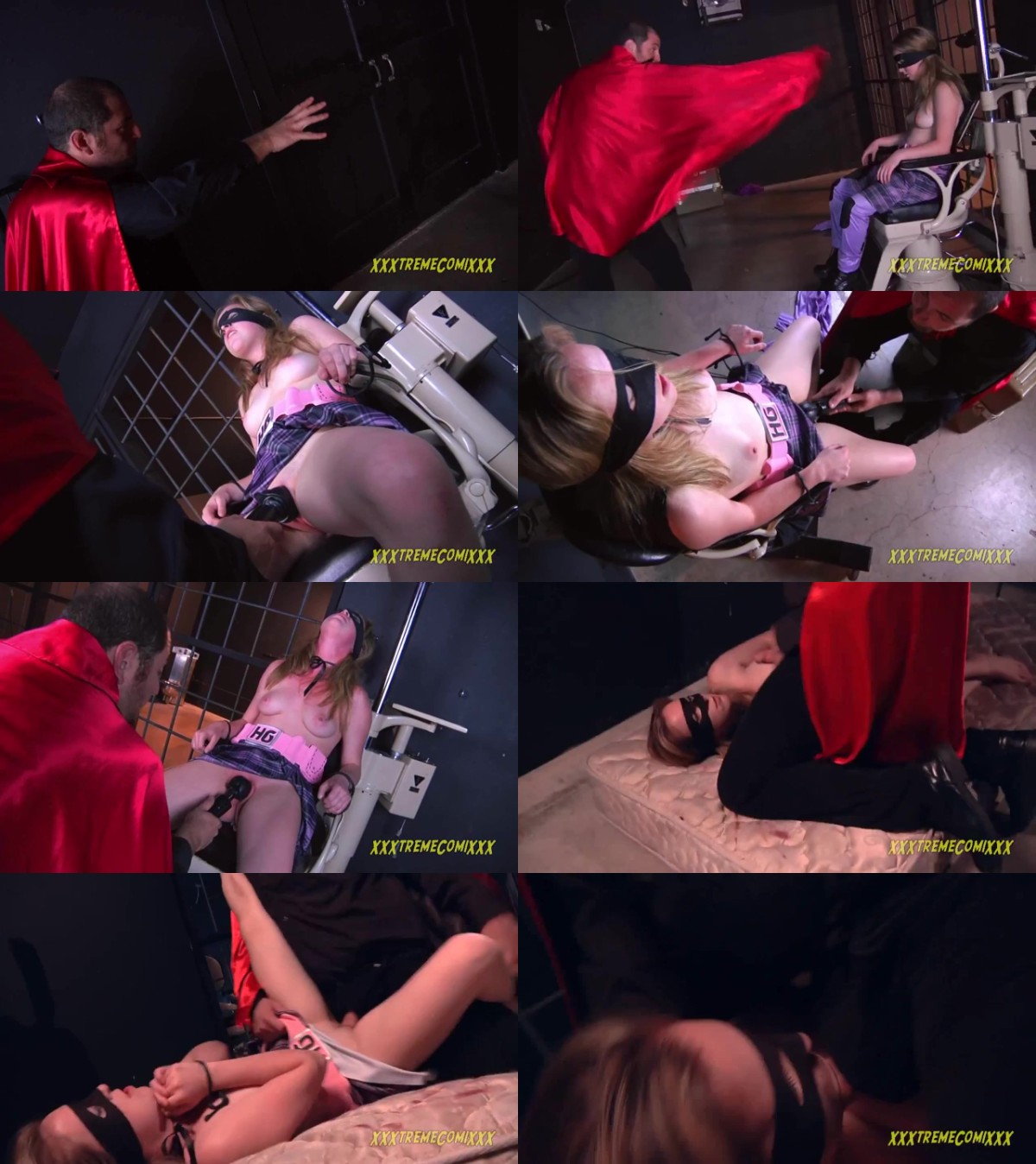 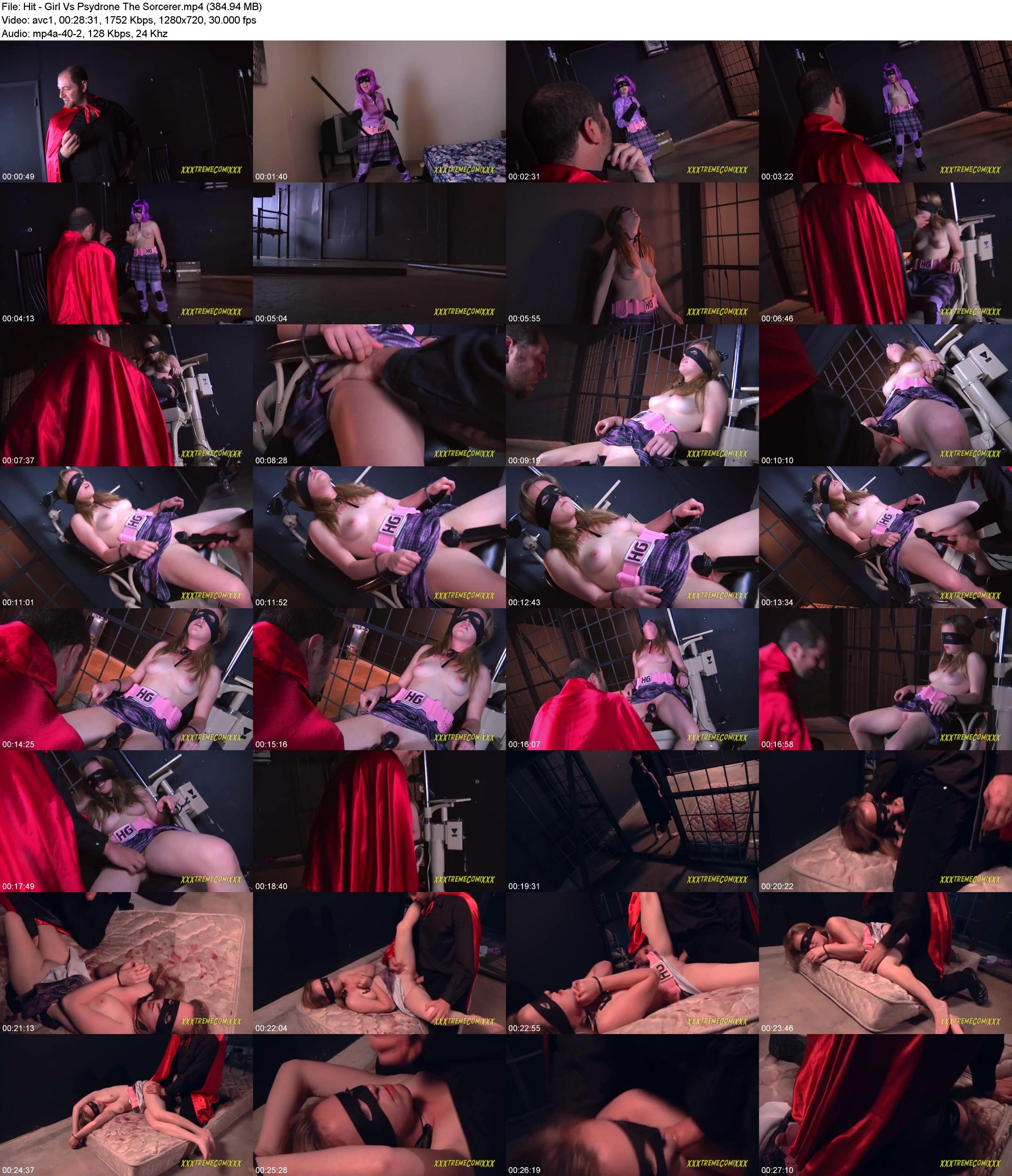 Madison Leigh and Rock – Psydrone, the galactic sorcerer is bored, so he decides to summon an Earthen super heroine to entertain him. He decides on Hitgirl and summons her to his realm. He waves his hands about and makes her dance for him, then he unzips her shirt with magic. He tells her to fight him, but she refuses, so he magically takes off her wig, which puts her in a rage and she attacks, but he deflects every blow. Hitgirl is not one to give up so she keeps attacking him, finally defeating him, Psydrone, uses his powers to throw her against a wall and starts to use his telekinetic powers to crush her nervous system and cause her pain beyond what any mortal can stand, then he picks her up and ties her to a chair, he summons an Hitachi and starts to rub it on her pussy until she orgasms. Then he starts to tickle her while she is tied down. After she has been adequately t*****ed, he drags her to another room and binds her hands, then he starts to fuck her face, but she resists, so he uses his magic to keep her mouth open. Then he starts to fuck her pussy, and she screams and moans as she is not used to a cock that size, then he fucks her mouth until he cums. She demands he send her back home, but he has different plans for her, he tells her that he is going to leave her tied up in the cell for future use. *Explicit Sexual Content
tags:superheroine porn,superheroines fetish,bondage,forced sex,orgasm