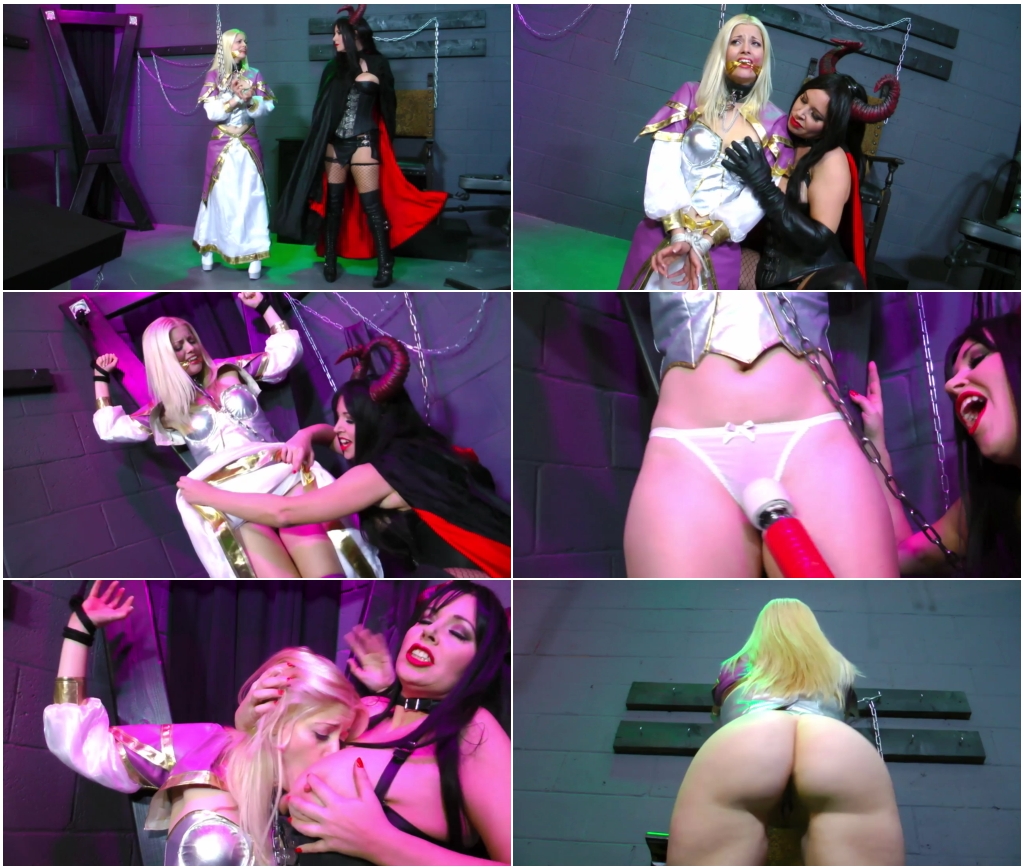 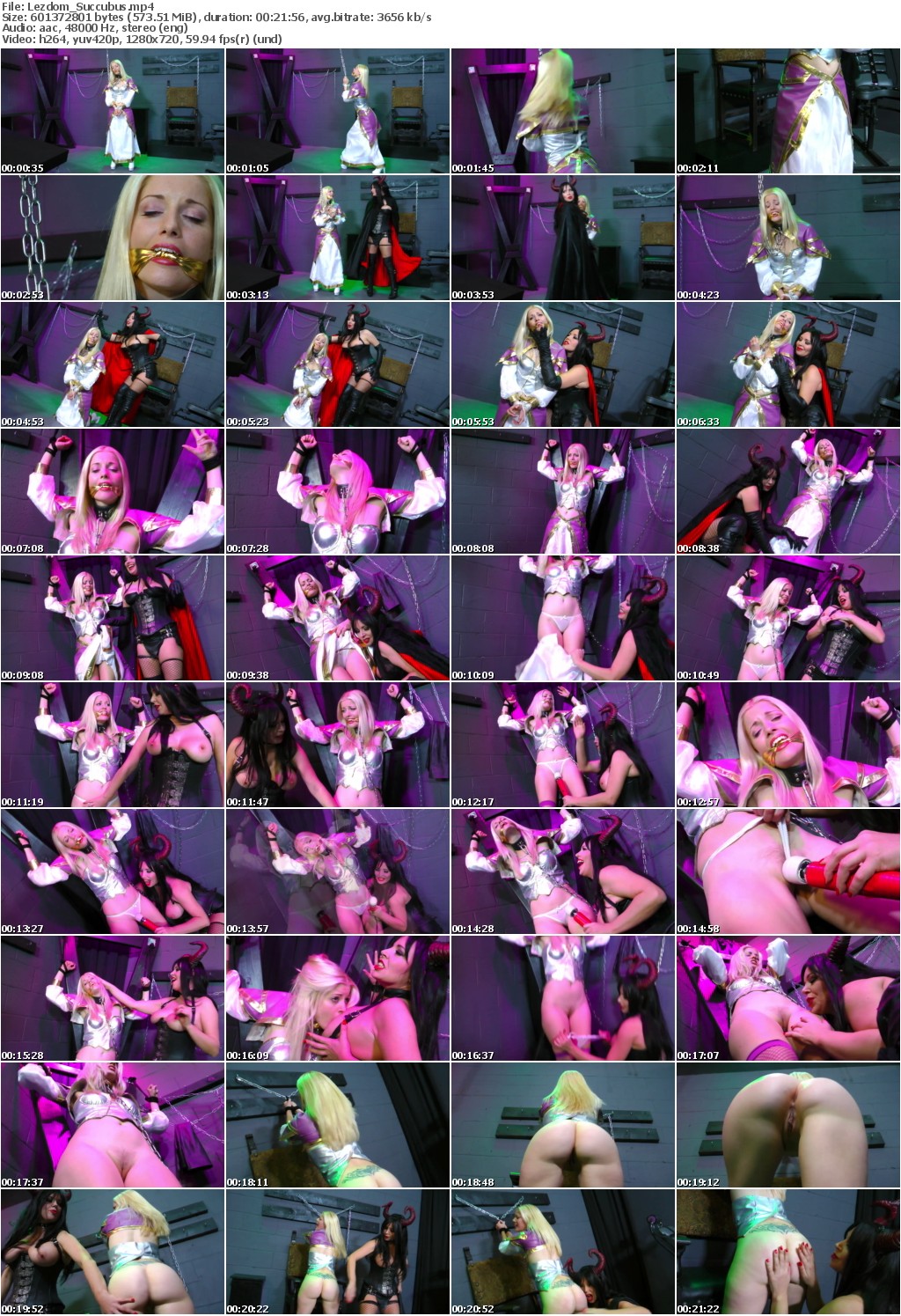 Part 1 of 3 / Super Heroine Parody Fantasy – QUEST 1, Carnal WarcraftStarring: Succubus and Charlotte Stokely as Jaina ProudmooreSynopsis: Jaina Proudmoore the most powerful human sorceress on Azeroth She has been captured and is held captive by Succubus. Succubus is a female Demon that has taken the form of a curvy amazon woman in order to seduce her captive through sexual activities.in Part 1: Jaina has been held captive and been chained up for days in this remote and isolated dungeon. She is starting to loose strength. Succubus pays her a visit and decides that she is not ready yet and leaves her to wait a bit longer.. The day after Succubus is ready to start her dangerous seduction. Her rules of seduction are unusual. She will undress her tied up captive and reveal her body. Before touching her and exploring her sensitive parts with her soft touch. Soon, she will be making this beautiful young blonde damsel scream of pleasure with a series of forced orgasms. but it doesn’t stop there, the punishment and the Carnal Quest has just started!Includes: Succubus, Charlotte Stokely as Jaina Proudmoore, Warcraft Parody, Damself in distress, Bondage, Chains, Dungeon, Authentic legendary costumes, SHIP, Trapped, Forced Orgasm, Discipline, Undressing, Girl-Girl, Sex Slave, Humiliation, Cosplay, Sexual Quest, Parody, Weak, Helpless, Super-heroine in distress with bondage, sexual contacts and humiliation. No escape.
Related Categories: GIRL-GIRL, BONDAGE, AMAZONS, DAMSEL IN DISTRESS, FORCED ORGASMS
Keywords: charlotte stokely, ship, bondage, enslaved, jaina, warcraft, damsel in distress, sex slave, weak, super heroine, humiliation, super villain, forced orgasm, sexual quest
tags:superheroine,superheroines,lesbian domination,lezdom,stroy line ,stroyline,story line,froced orgasm,submission,humiliation,super hero, super heroines ,bdsm,bondage,spanking,hitachi