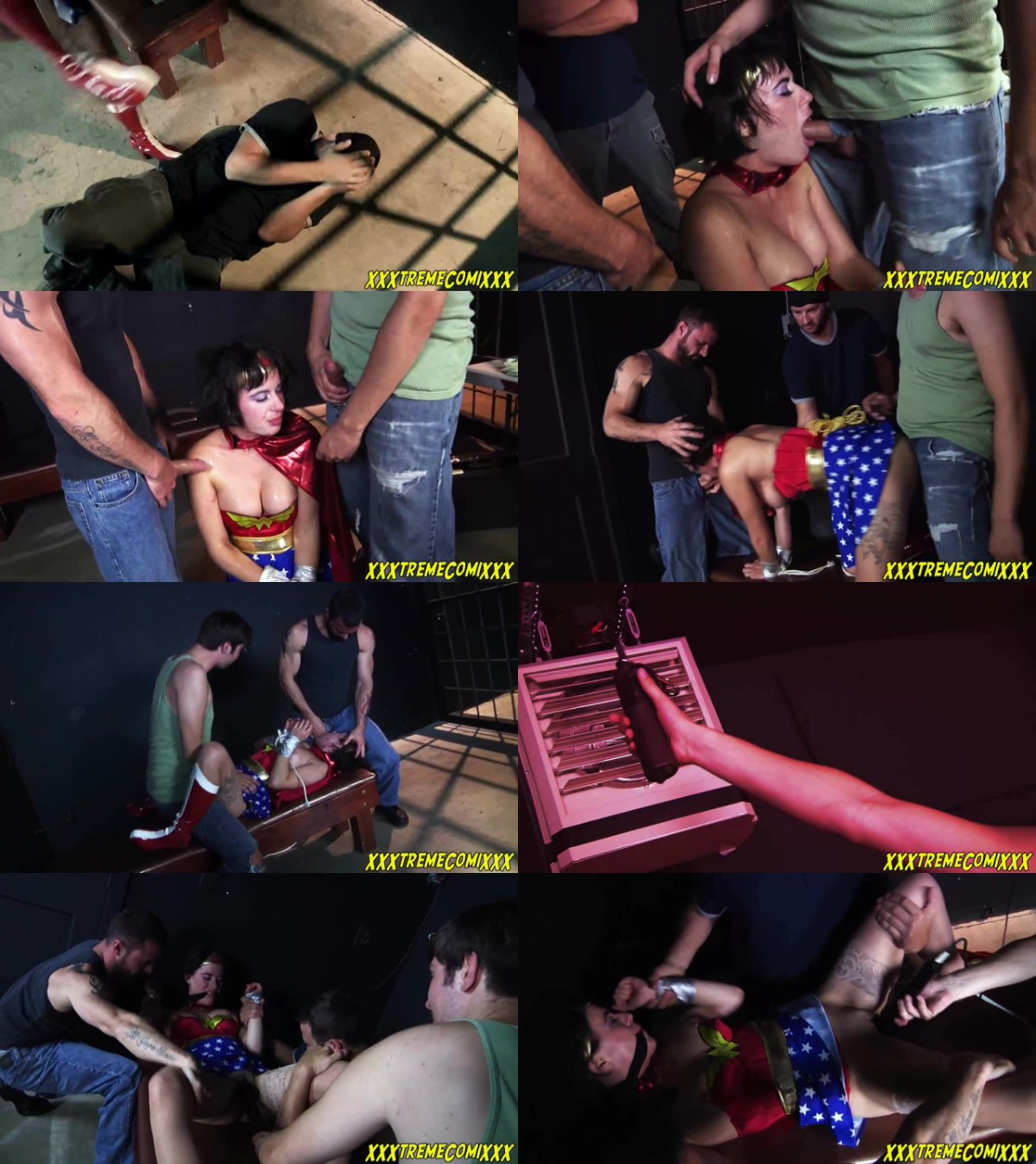 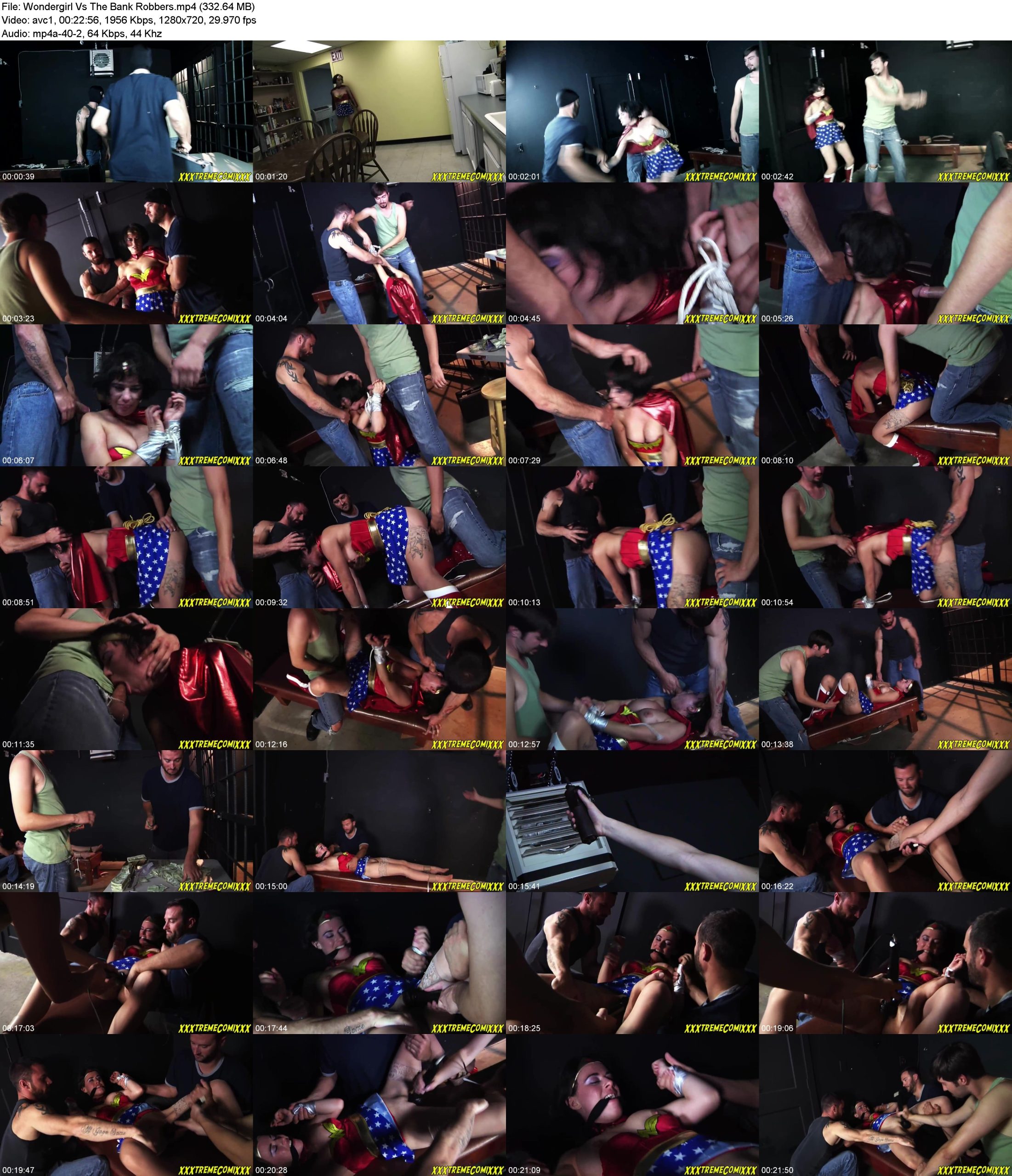 Starring: Olive, Maxwell Bhear, Miles and Brock
A group of thugs just hit a bank and walked away with a massive score, cash, jewels and gold bricks, but luckily Wondergirl is hot on their trail. She follows them to an old abandoned steel factory and confronts them, but they won’t go down without a fight. Wondergirl serves up some tough justice on them, but the leader of the group grabs a gold bar and beats her down with it. He has his goons hold her up while he punches her in the belly, then he ties her bracers together and the thugs take turns fucking her mouth, making her gag and drool. They drag her to a bench and take turns fucking her until they each cum.They hold her down on the bench, and the leader tells her that she is strapped right below a massive steel cutting laser, she begs through her gag, but he activates the laser. The scorching beam moves up the bench, making her sweat and struggle against her binds, but right before the laser touches her, the thug leader shuts the machine down and pulls out a Hitachi. Wondergirl fears being brought to orgasm by her evil captors more than becoming finely sliced Wondergirl sushi, so she struggles harder as the vibrating head touches her pussy. She fights the urge to cum, but starts to enjoy it. Finally she has a massive orgasm, and the in the heaves of ecstasy, throws the villains off of her and escapes.
Limp Fetish, Sleeping, ChloroFormed, Damsel In Distress, Forced Sex, Rape, Forced Strip, Humiliation, Rope, Smother, SuperHeroine
tags:superheroines fetish,superheroine porn,superheroines sex,humiliation,superheroines adult movies,fantasy,wonder woman,bondage