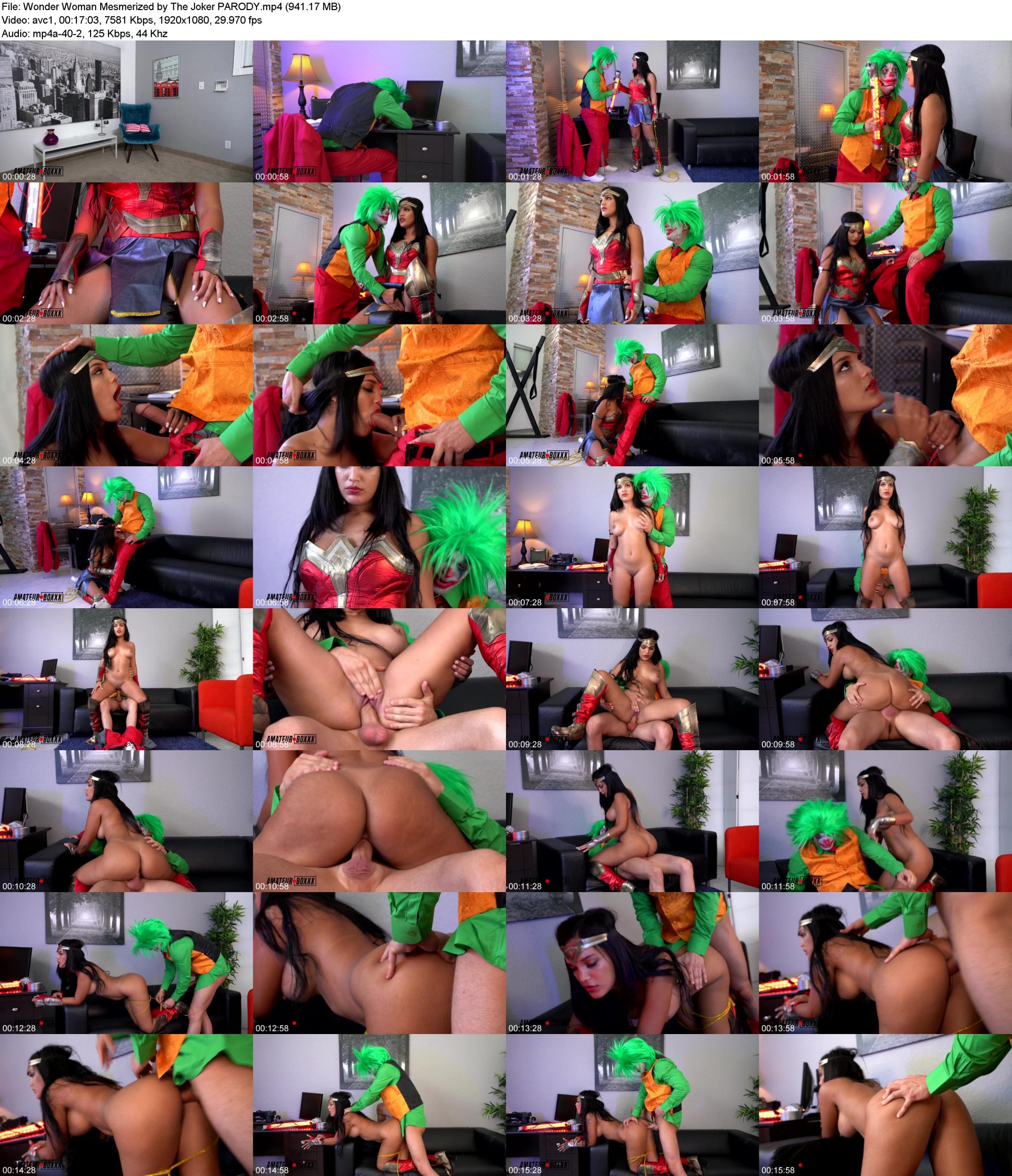 The Joker is trying to destroy Gotham. He has developed a special short wave micro chip condenser that can control the minds of anyone within a thousand mile radius. He has just finished with the chip and about to take it to a major city to test it out. He is doing some last minute tinkering, when all of a sudden Wonder Woman appears. She and Joker battle it out and Wonder Woman dominates the fight. Just as she goes to throw her Lasso around him to take him prisoner, he holds up a little remote and activates his device. All of a sudden Wonder Woman is under the Joker’s control. He proceeds to mind control her and do all sorts of bad things to her. Eventually he has her masturbate, she performs oral sex on him, and he has sex with her six ways from Sunday. Once he is done using her as a fuck doll, the Joker shoots his load deep inside her super pussy. He then tells her that she is going to be his sex slave for eternity.
superheroine porn,superheroines fetish,Superheroes,Cosplay,Parody