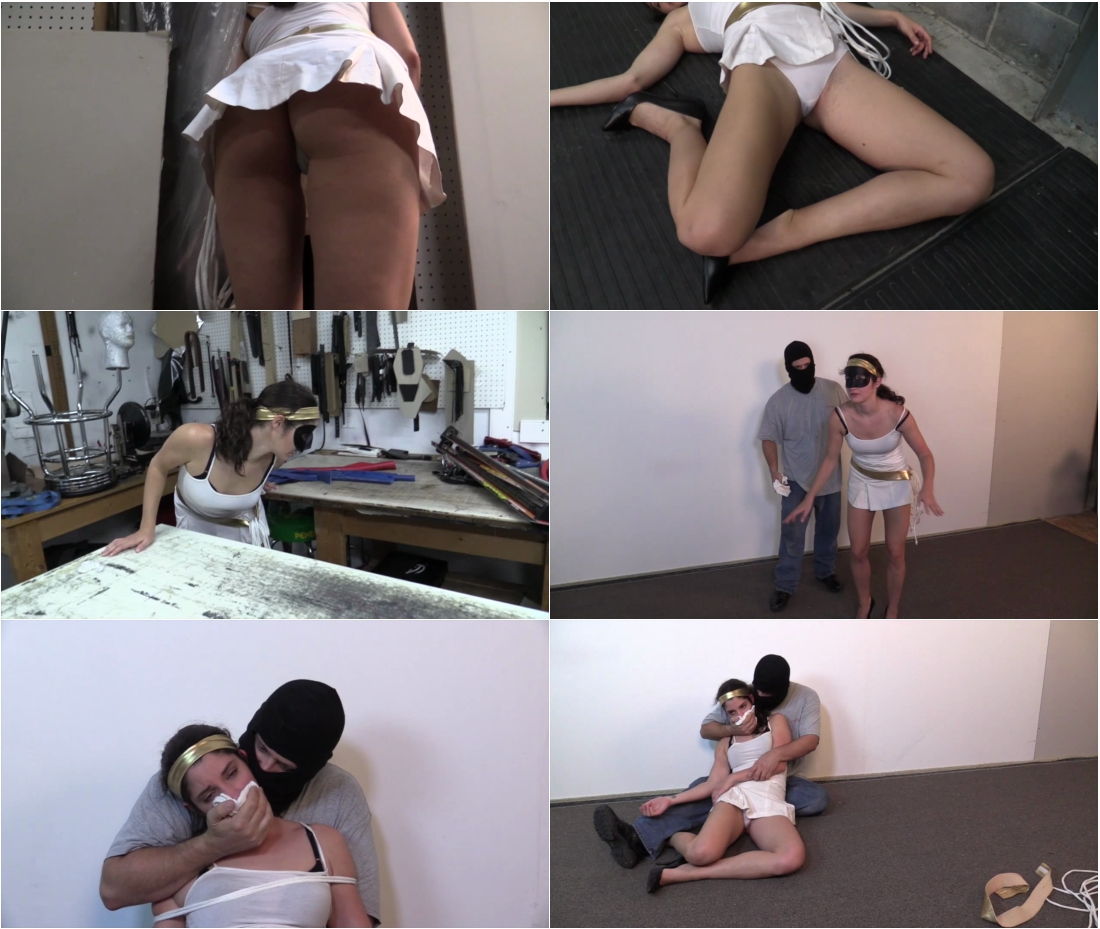 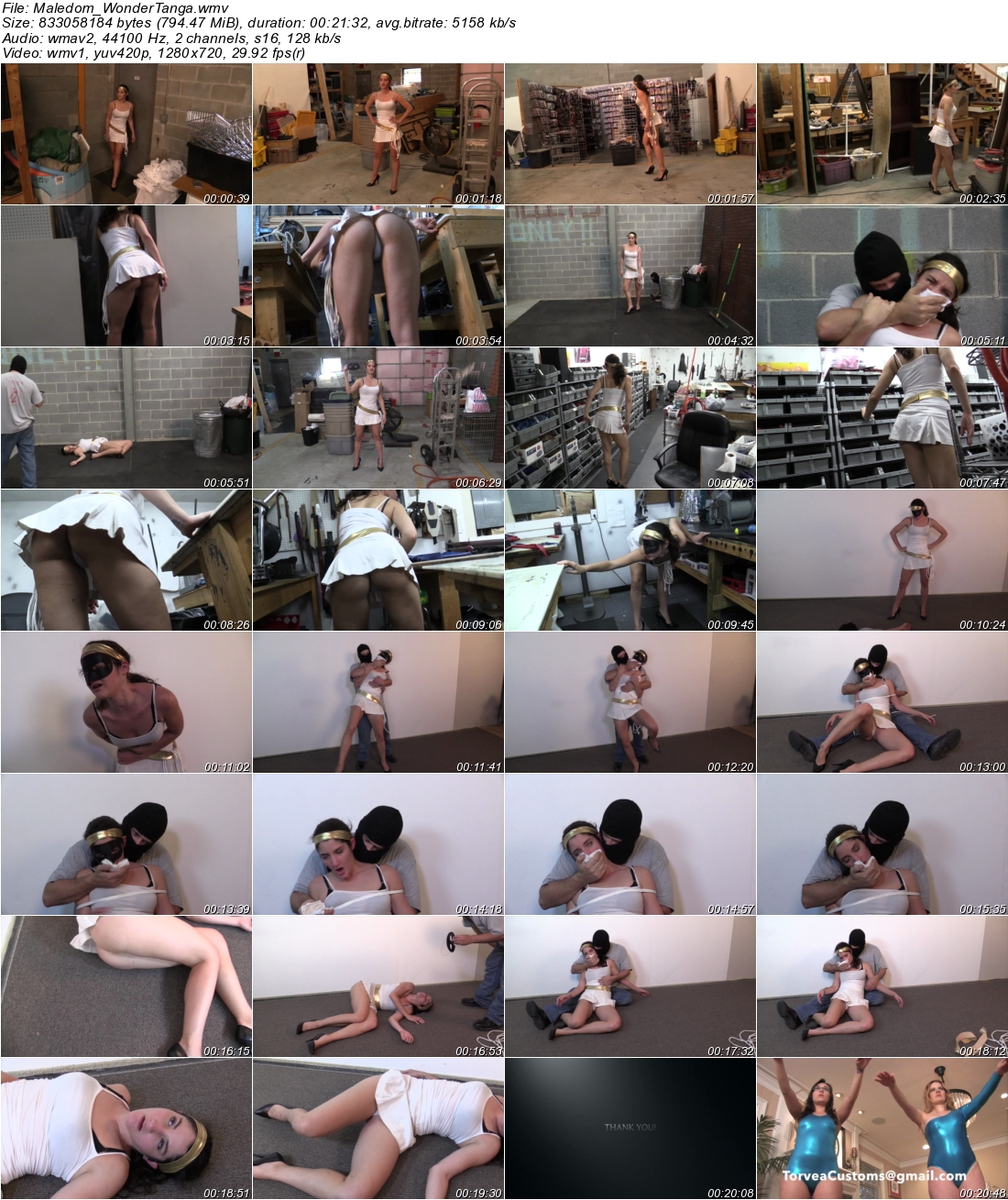 Wonder Tanga (played by Arielle Lane) is searching for the culprit who took hersuperheroine friends. As she is searching, she does not realize that Scott is wandering behind her and getting upskirt and down blouse pictures of her. She makes it so easy as she bends over looking for hints. His goal is to send the pics to the Sultan and sell her into slavery.
When Wonder Tanga suddenly realizes what is going on, Scott punches her and she . Scott gets all of the pictures he wants while she is limp, then leaves to get a bid on this bumbling superheroine.
When Wonder Tanga wakes up, she realizes that she needs an ACME mask that will protect her from nefarious deeds. She now feels invincible and starts looking for the thug. Little does she know that he has already found her and is taking more upskirt and downblouse shots.
Once she realizes that he is once again putting her in a compromising position, she threatens him and they start fighting. Surprisingly, Wonder Tanga wins and Scott ends up on the floor and she does her victory pose. As she hauls him to justice, he kicks her in the stomach. How did he know that was her weak spot?!
Wonder Tanga tumbles to the ground clutching her belly and is weakened from the exhaustion. She is still awake albeit groggy despite his best attempts to knock her out. Unfortunately in her delirium, she blabs that the mask is keeping her immune from his evil tactics. As soon as he hears this, he whisks it off her face and she falls into a deep sleep.
Now that the nuisance is out if his hair, the Sultan arranges to buy Wonder Tanga. She is extra tempting as she lies there with her mouth agape and arms and legs completely limp.
Just when he thinks it will be smooth sailing, Wonder Tanga awakens and he makes her go out one last time and lifts and carries her away to her new life as a slave.
Category: LIMP FETISH
Related Categories: SUPERHEROINES, DOWN BLOUSE, SUPER VILLAIN, DAMSEL IN DISTRESS, UPSKIRT
Keywords: Arielle Lane, Scott Torvea, mixed fighting, Fausta, costume, humiliation, embarrassment, DID, lift and carry, lift & carry, slut training, DID, long hair, brunette, all natural
Tags:Maledom,Male Domination,superheroine,superheroines,Humiliation,storyline,story line,Mixed Wrestling,mixed fight,Submission,froced orgasm,super hero, super heroines,superheroines porn,superheroines adult movies