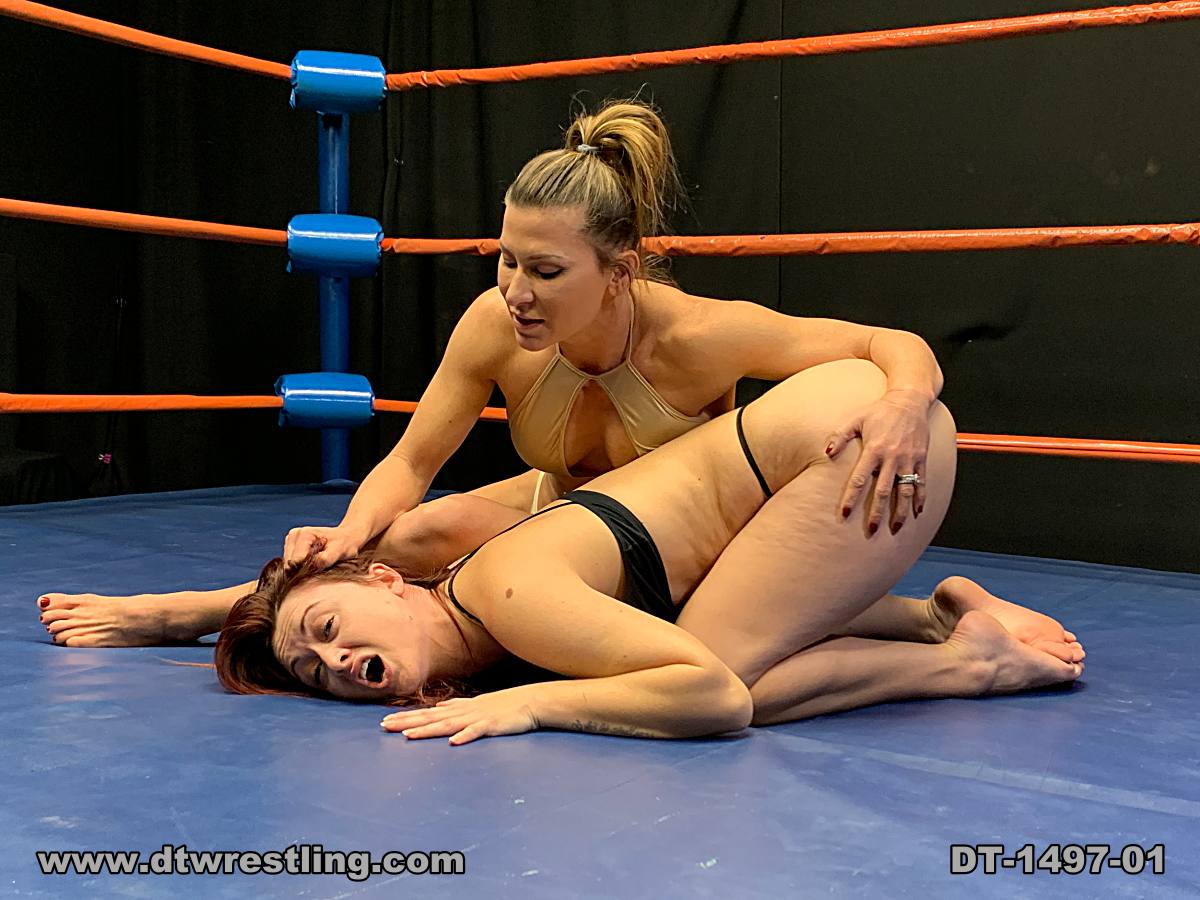 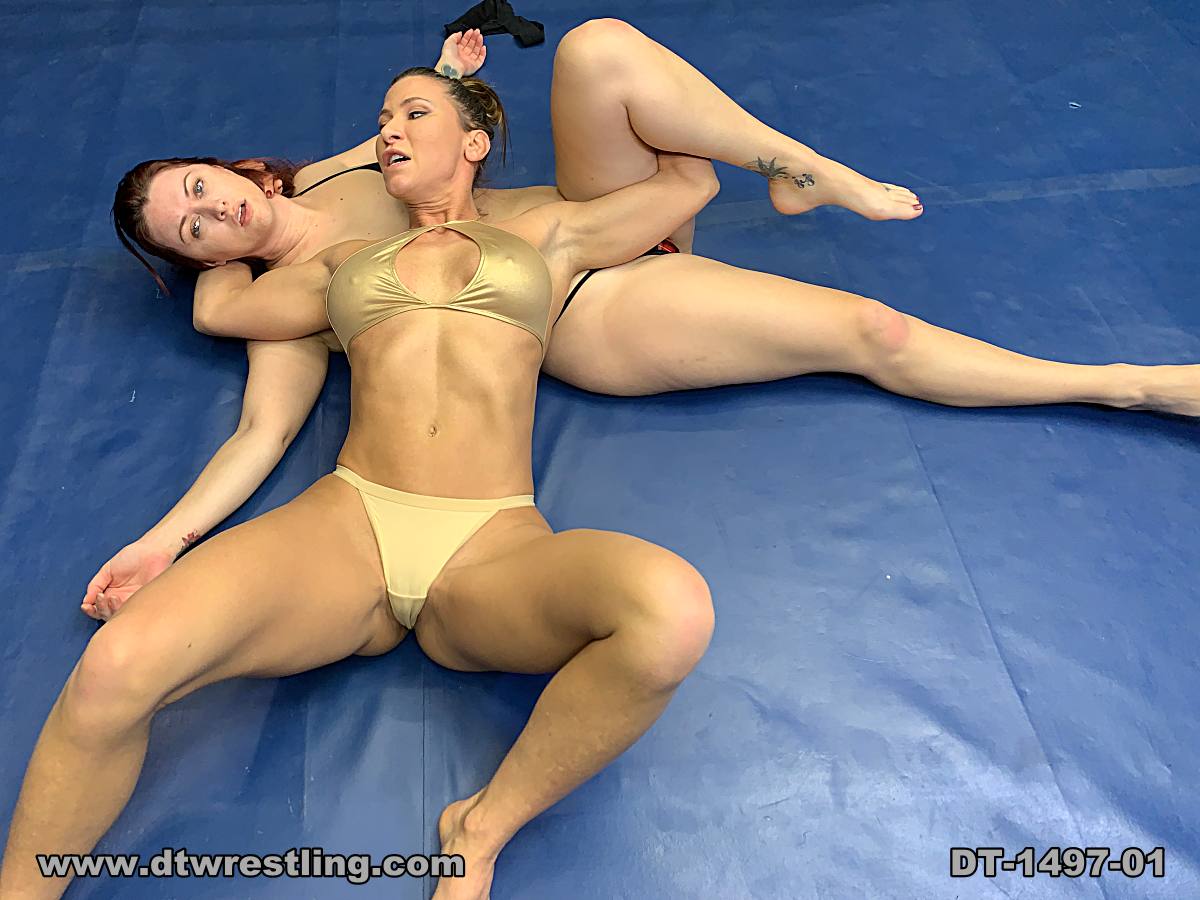 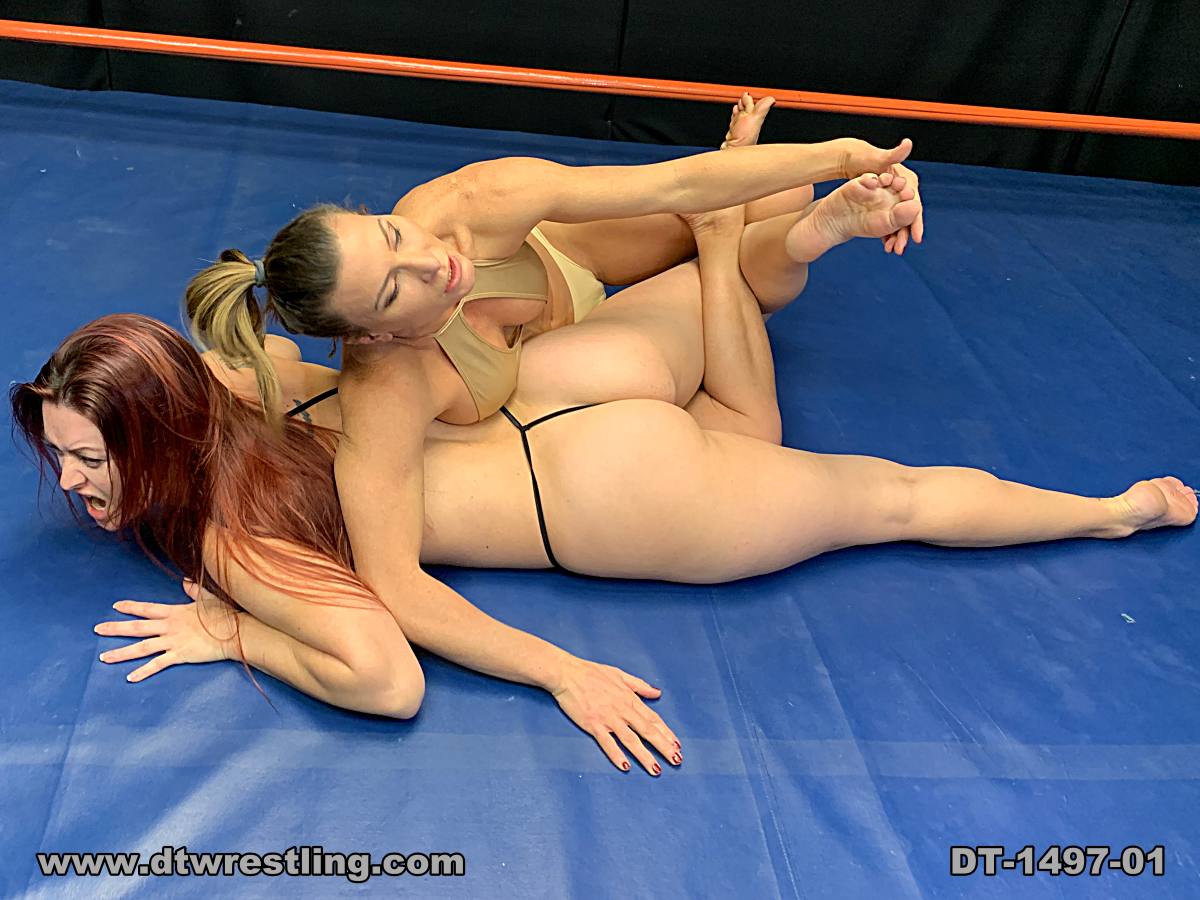 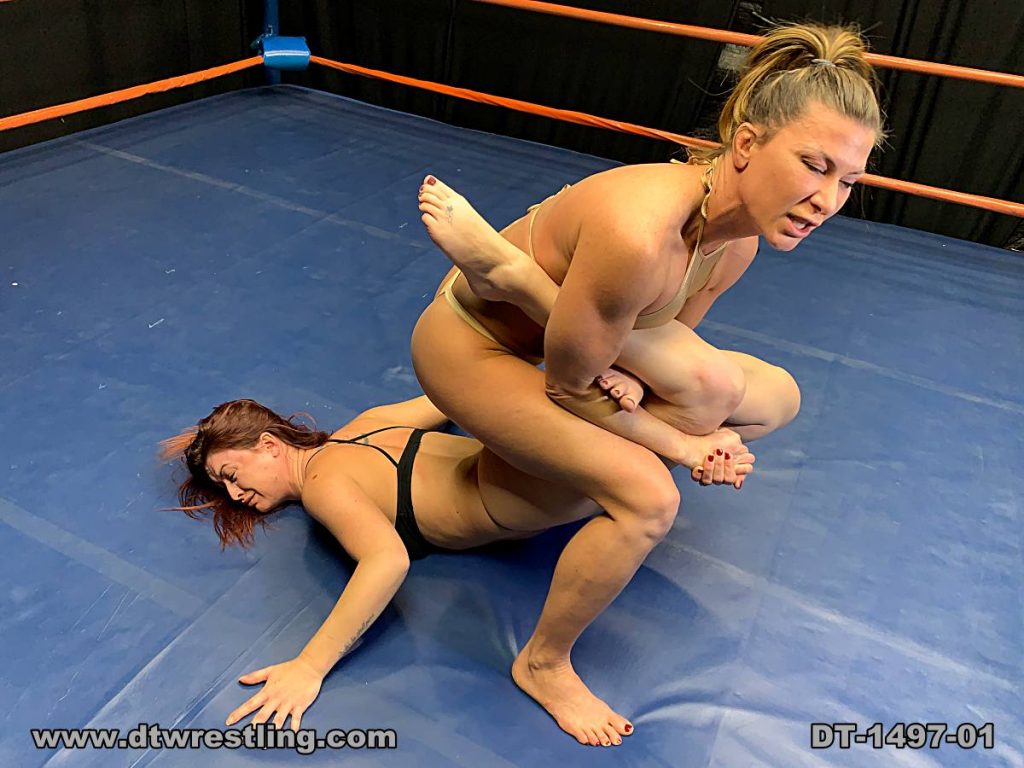 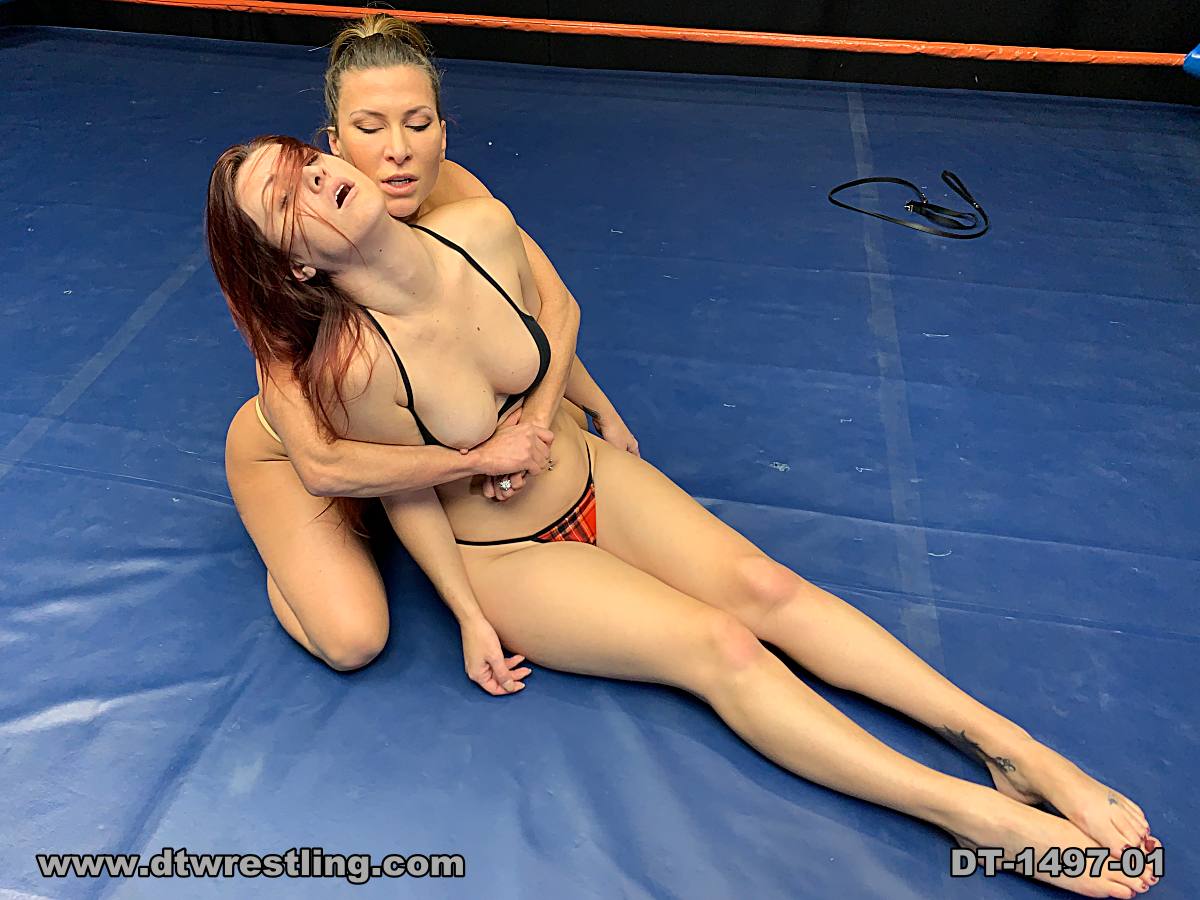 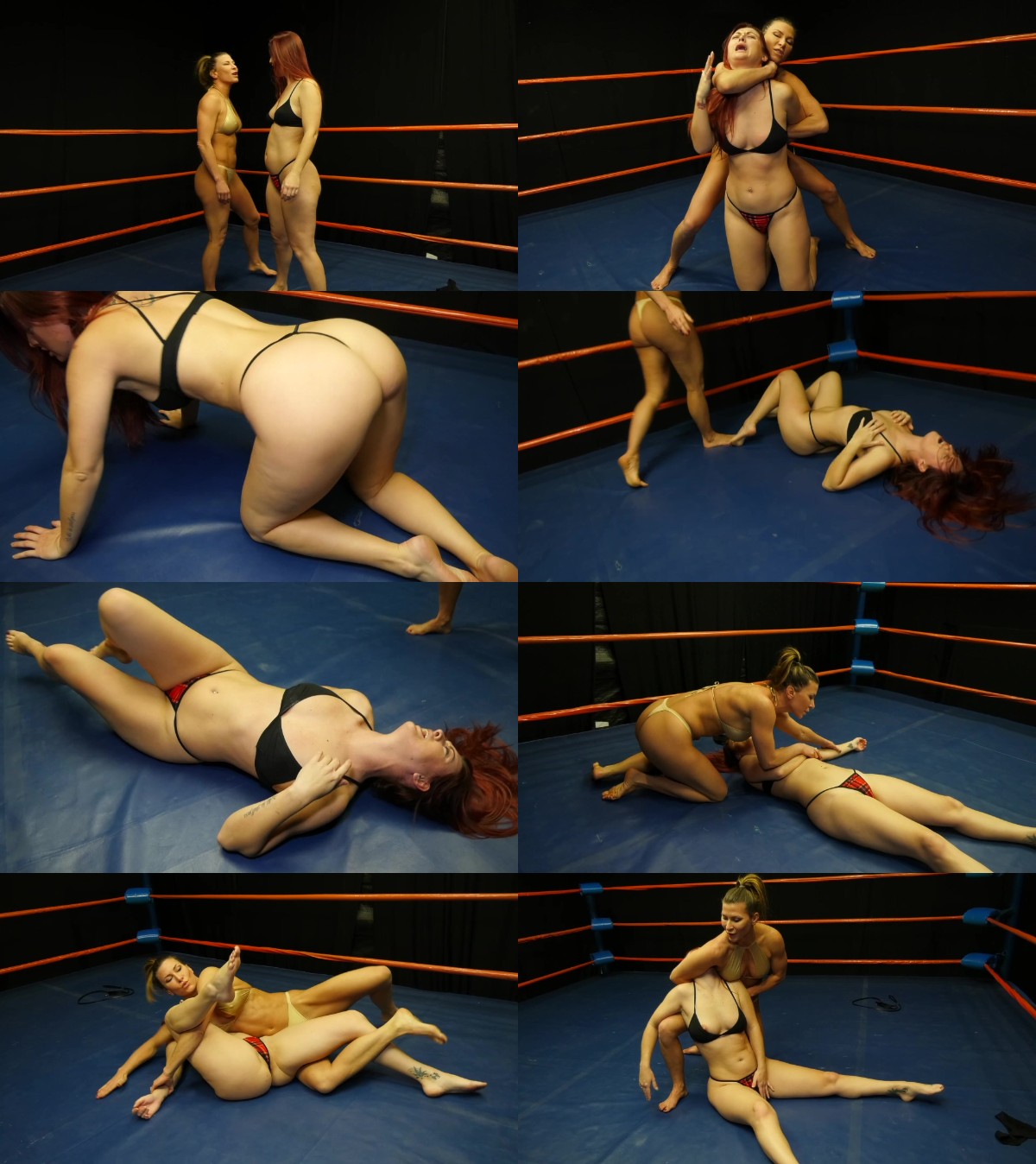 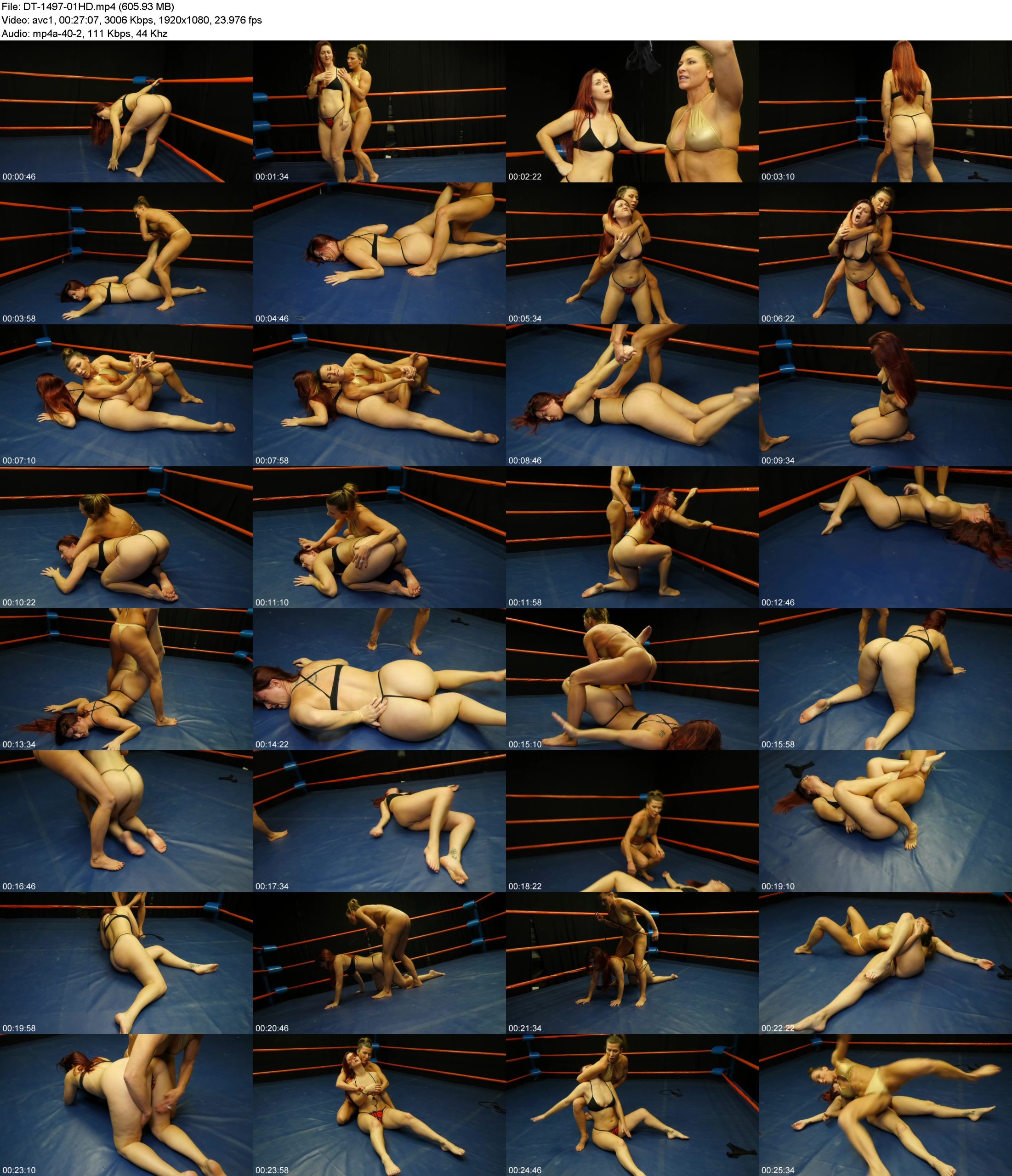 Ariel X vs. Karlie Montana
Karlie Montana is a hot young red head with a tiny waist and wide hips. She is wearing a black bikini top and a small G-string. She is having some trouble walking because the new guy she is seeing has been giving it to her constantly. Ariel X enters the ring and shows Karlie a pair of panties that she found at her boyfriend’s house. Karlie laughs and exclaims, “hey, those are my panties!” Ariel can’t believe that Karlie has been sleeping with her man. She challenges Karlie to a fight. The winner of which, will get to stuff the dirty, used sex panties into the loser’s mouth. Karlie answers with a bubbly “sure, your gonna’ love how my panties taste.” Ariel laughs and knocks Karlie to the mat. She picks up one of Karlie’s legs and and pulls her into a single leg Boston crab. Karlie’s already plump ass looks even more full. Karlie talks too much for her own good. She yells at Ariel about how good sex with her boyfriend was. Ariel isn’t intimidated, she uses her superior power and wrestling skills to put Karlie in a chicken wing/rear naked choke. Karlie loses oxygen until she eventually taps. Ariel cackles and continues to punish Karlie. She puts Karlie in a calf slicer and uses her free hand to caress and spank Karlie’s fleshy butt. Ariel puts Karlie through the ringer. Poor Karlie is walked around the ring on her hands and knees like a dog until she passes out. Ariel puts her in handcuffs and positions her on all fours. Then she pushes Karlie’s head down to the mat, which arches her lower back and forces her thick ass even higher in the air. Ariel demands Karlie twerk her ass for the camera. As the soft thighs and buttocks wobble back and forth, Ariel pats and massages the smooth flesh. Ariel stands in a victory pose over Karlie, her foot rests over Karlie’s underwear filled mouth.
tags:lezdom fetish,lesbian domination porn,catfight,submission ,humiliation,overpowered,facesitting collar leash