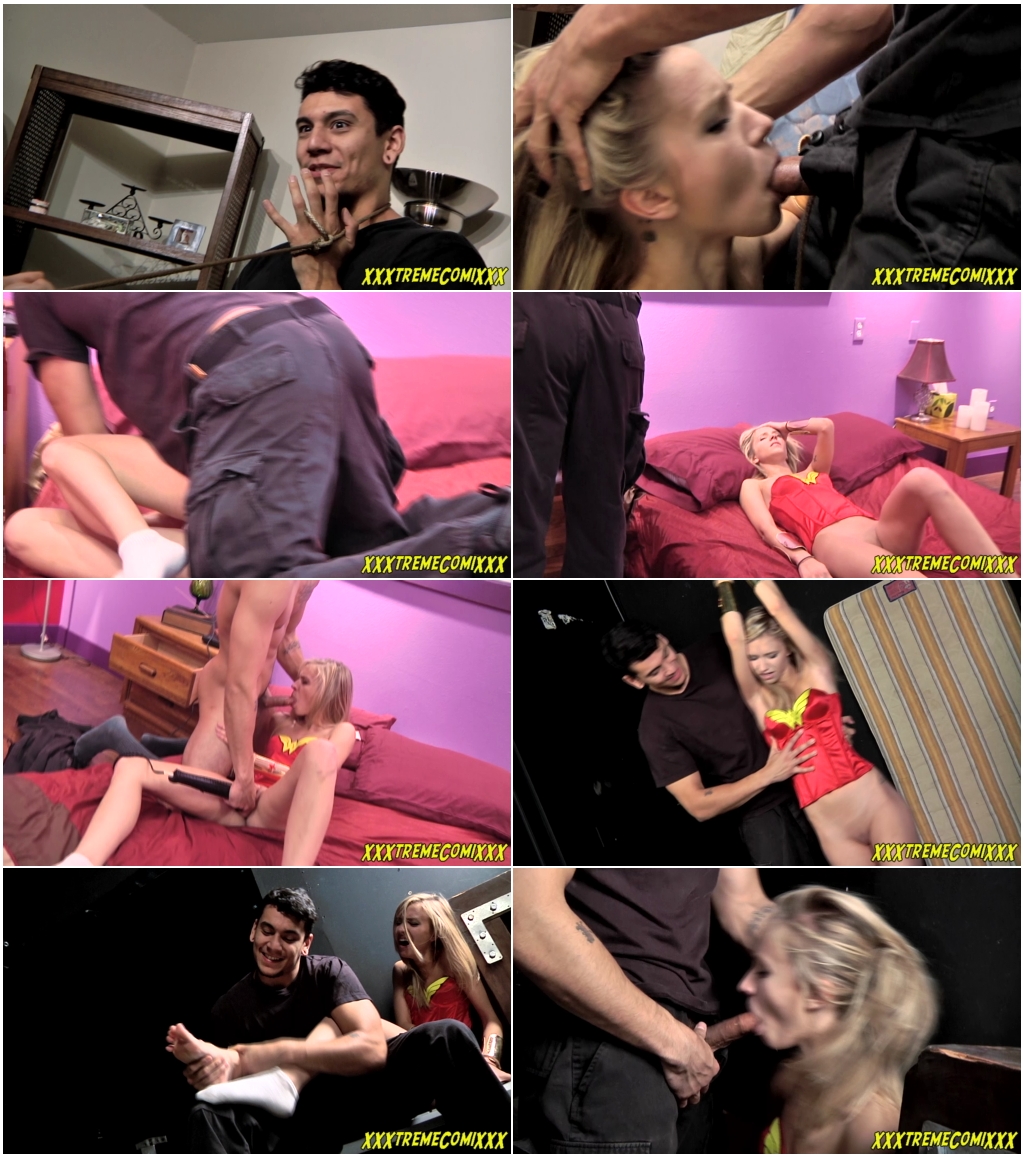 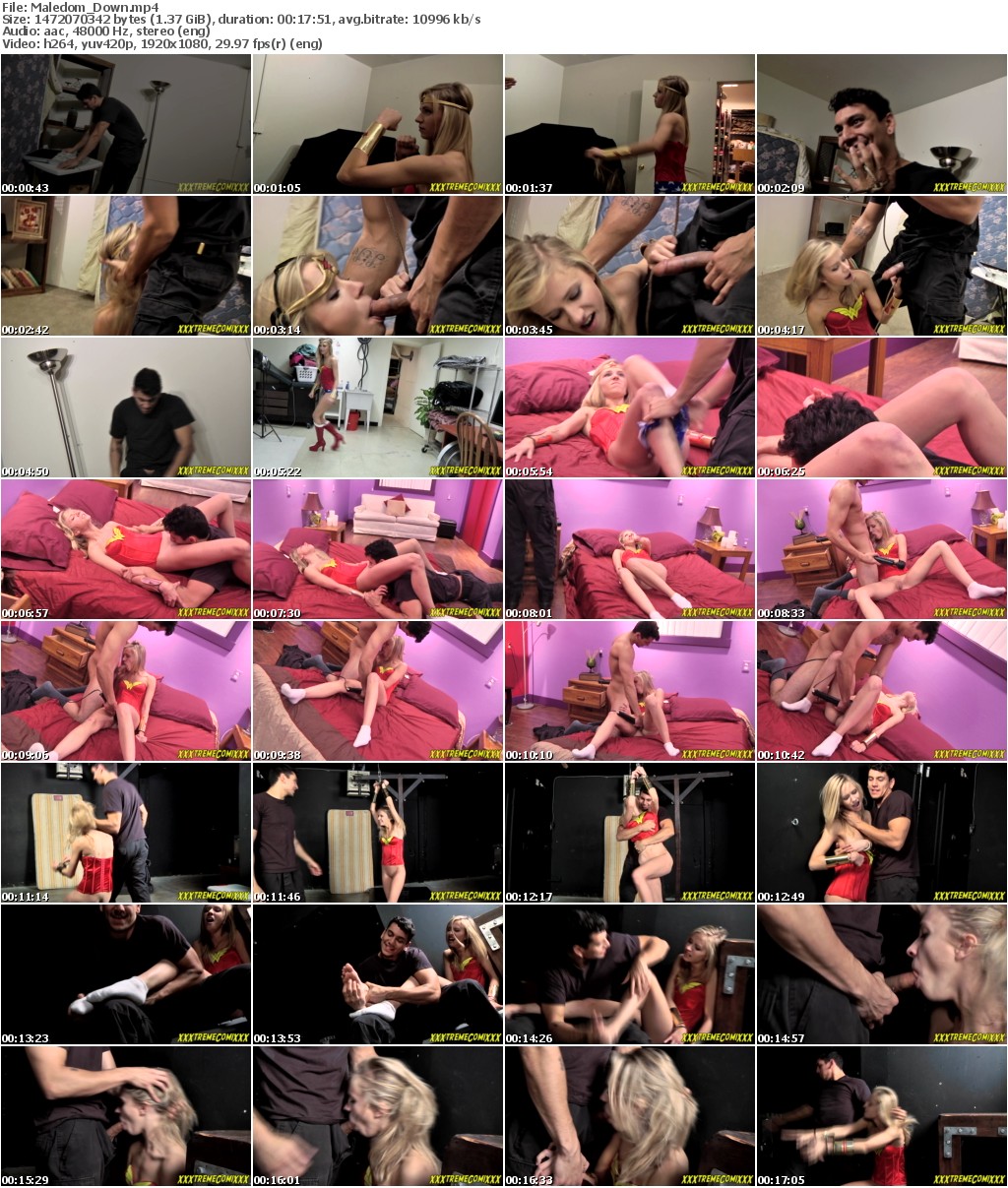 Wonder Woman surprises Javier, a henchman of Bane, at his hideout while hes counting money. He empties his pistol clip on her but she deflects each one away harmlessly. He wants to fight hand to hand, thinking he can defeat her. Bane is cooking up a Frankenstein-like villain with all the strengths of the Justice League.

He gets the upper hand and overpowers her lasso, forcing her down on his cock, shoving it down her throat. She still has fight left in her and shoves him to the wall as she runs out of the room.

He chases her to an office where they battle until he grabs her and carries her away to his bedroom.

Getting tired of her screams her brings her down and starts tickling her. She screams for him to stop and he obliges by shoving his cock down her throat until she gags. She regains some of her strength as his energy wanes. She smacks him with her handcuffs and overpowers him, running for safety to fight another day.