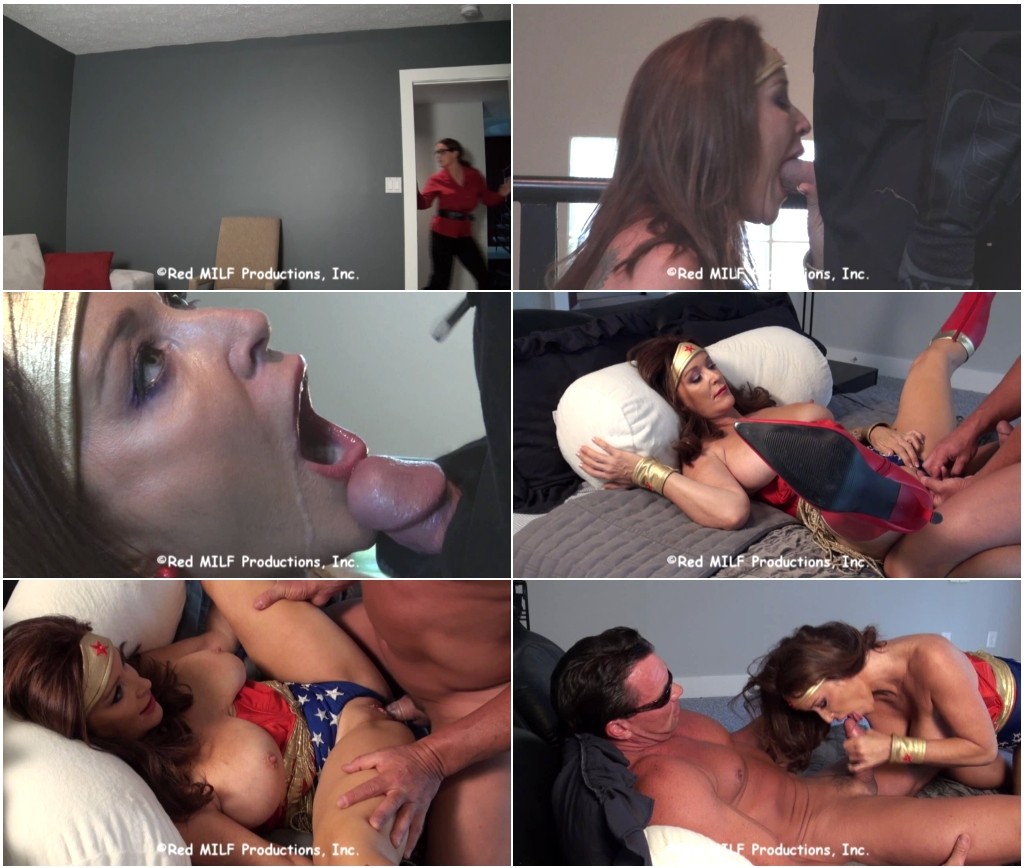 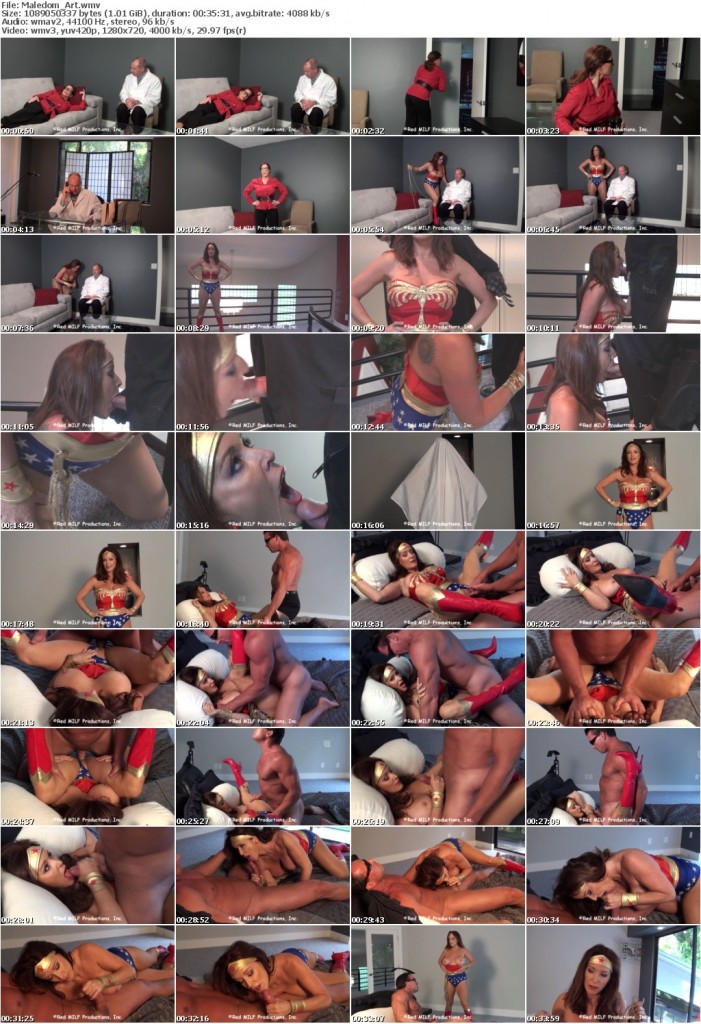 A continuation of Wunder Woman Revealed. Wunder Woman’s true identity was revealed by a hypnotherapist, who plans on selling her to a famous art dealer and collector, Henry Roberts Jr., son of Henry Roberts, who Wunder Woman put in prison. Henry Roberts specializes in creating statues that are perfect replicas of reclusive famous people. He is actually using a secret formula to freeze their bodies for eternity. Now swearing to avenge his father, he plans on using a Wunder Woman to live a life of sex and crime, and to destroy her once and for all. Diana Prince comes back for another scheduled therapy appointment that the doctor set up for her. The doctor has been making many appointments for Diana Prince, and unknowing to her, has been having sex with her while under his spell. On this day, however, Diana Prince becomes suspicious of the doctor and when the doctor leaves her in the office by herself to make a phone call to Henry Roberts, Jr. to finalize their transaction. After snooping around and finding sex toys in his office she transforms into Wunder Woman. When he returns to his office he is face to face with Wunder Woman. She uses her magic lasso on him and finds out the doctor was supposed to deliver a Diana Prince to the sculptor Henry Roberts, Jr. Wunder Woman decides to go along with the plot, but uses her magic lasso on the doctor forcing him to forget what he’s been doing to Diana Prince and erasing his memory that he knows her secret identity. She forces him to go along with the plot and have her delivered, and any money he made from selling Wunder Woman to the bad guy will go to charity. Wunder Woman, now under a fake spell, is brought Henry Roberts’ house. Henry Roberts Jr., the son of the famous sculptor who tried to add Wunder Woman to his collection of life-like art, but was foiled and sent to prison. The son has sworn revenge on Wunder Woman, and found this the perfect opportunity to continue his father’s work by unveiling a new lifelike statue of Wunder Woman, to be kept as his trophy in his home, and to be used as a sex toy by high bidders. The hired goon arrives to move the Wunder Woman, and to prove that she is under a spell and obedient, he tests her reaction by fondling her, feeling her tits and ass and crotch, grabbing cheap feels. He then takes it to the next step and asks for a blowjob, which she obediently provides. Once he shoots his cum on Wunder Woman’s face and she swallows his load he moves her to Henry Robert’s bedroom and covers her up. Henry Roberts Jr. Wunder Woman is unveiled from beneath a large sheet that covers her, much to the delight of the criminal mastermind. He enjoys seeing her displayed in a state standing like a statue. This is exactly what his father wanted! He gloats around her, admiring her body and imagining the things he can do to her and use her for! He tells Wunder Woman that she will be used to travel the world, to be put on display as an art exhibit, and then to be used to commit crimes in those areas for him. He also tells her she will make him rich, and will be the star attraction of his porn movies! He tells her his plot to completely destroy her reputation as a superheroine and to ruin her for good, the way she did his father. Wunder Woman agrees to this, of course, because she is still seemingly under a spell. Henry Roberts, Jr. begins his first act of degrading the superheroine by telling her she will be fucked by him while he films it. He tells her to get on his bed and spread her legs. The entranced Wunder Woman does his bidding. He pulls her tights to the side and plays with her wonder pussy. Henry Roberts Jr. fucks Wunder Woman for some time. He climbs up and fucks her ruby red mouth. He tells her to crawl between his legs and finish him off. Wunder Woman sucks him until he explodes on her face. As he lies in bed, he explains that she will be used to commit a string of robberies to finance his operation. It seems Henry Roberts has succeeded where his father has failed. He tells her to go leave and rob a bank. She stands up, cum still dripping from her face and leaves the room. She snaps out of her fake spell and captures Henry Roberts Jr. with her magic lasso. Like father, like son, he is also tricked by Wunder Woman and is defeated. Wunder Woman uses her magic lasso to erase his memory of what he did, and orders him to surrender to the police. With the magic of the lasso, he is forced to forget Wunder Woman is Diana Prince, and agrees to turn himself in. Wunder Woman calls the police and leaves the hideout to go home and relax and enjoy a much-needed break, until her next Wunder Woman adventure!
Category: SUPERHEROINES
Related Categories: BONDAGE, BONDAGE SEX, FACIALS, BLOW JOBS, CUMSHOTS Keywords: wonder woman
Tags:Maledom,Male Domination,superheroine,superheroines,Humiliation,storylline,story line,Mixed Wrestling,mixed fight,Submission,froced orgasm,super hero, super heroines,superheroines porn,superheroines adult movies