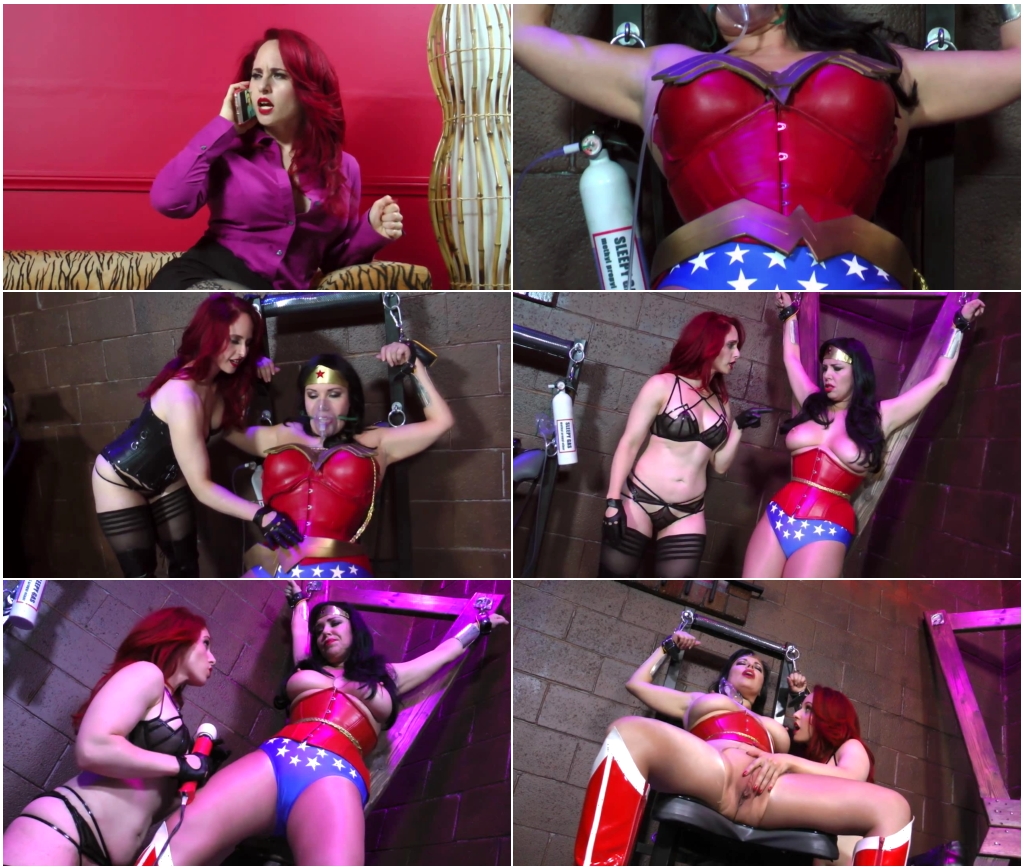 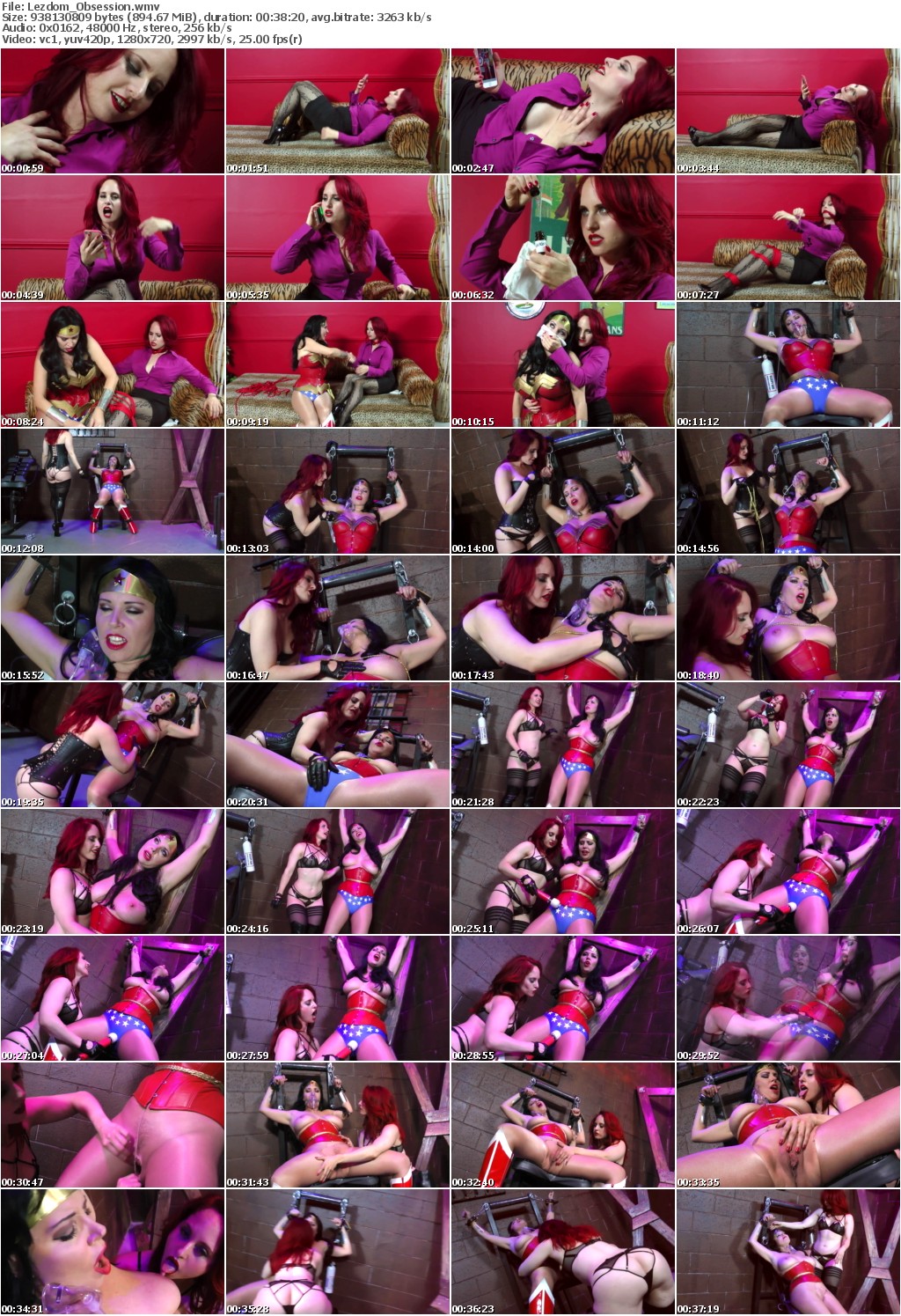 Synopsis: Andrea is Wonder Woman’s biggest admirer. She dreams of meeting her and becoming her lover. She is actually completely obsesses with her. Today, she has decided to find a way to meet her idol. She fakes her and alerts the authorities so Wonder Woman will come to rescue her. The demented Andrea has setup a perfect trap to overpower her idol and she it about to stuff her face with a cloth leaving her unable to scream or fight. The cloth pressed against her face makes her feel sleepy and tries to fight the effects but soon her eyes will get heavy and her body will go limp… Wonder Woman wakes up in a dungeon tied up with a mask attached to her face. Sleepy gas is being released and keeping her under control. Andrea has decided to keep Wonder Woman for herself. She has become her Collector. She will join the super heroine in distress in the dungeon and interrogate her about her powers. She wants to find out what makes her weak so she can use it against her. And that’s when she will start the process of transforming Wonder Woman into her Sex Slave. The ongoing stimulations of her captor will become too pleasurable and the enslaved Wonder Woman will abandon herself fully to her new captor, the Collector.Includes: Anastasia Pierce as Wonder Woman, Andrea Rosu as the Obessed Collector, Bondage, Limp Fetish, Authentic super heroine legendary costumes, SHIP, Trap, Knock out, Sleepy, Sleeping Fetish, Lasso of Truth, Interrogation, Dungeon Captive, Forced Orgasm, Girl-Girl, Sex Slave, Humiliation, Cosplay, Surprise Attack, Parody, Weak, Helpless, Super-heroine in distress with bondage, sexual contacts and humiliation. No escape.
Category: SUPERHEROINES
Related Categories: GIRL-GIRL, BONDAGE, AMAZONS, FORCED ORGASMS, LIMP FETISH
Keywords: ship, bondage, enslaved, wonder woman, sleepy, knock out, sex slave, weak, super heroine, humiliation, super villain, forced orgasm, distress
tags:superheroine,superheroines,lesbian domination,lezdom,stroyline,froced orgasm,super hero, super heroines ,submission,humiliation,hitachi