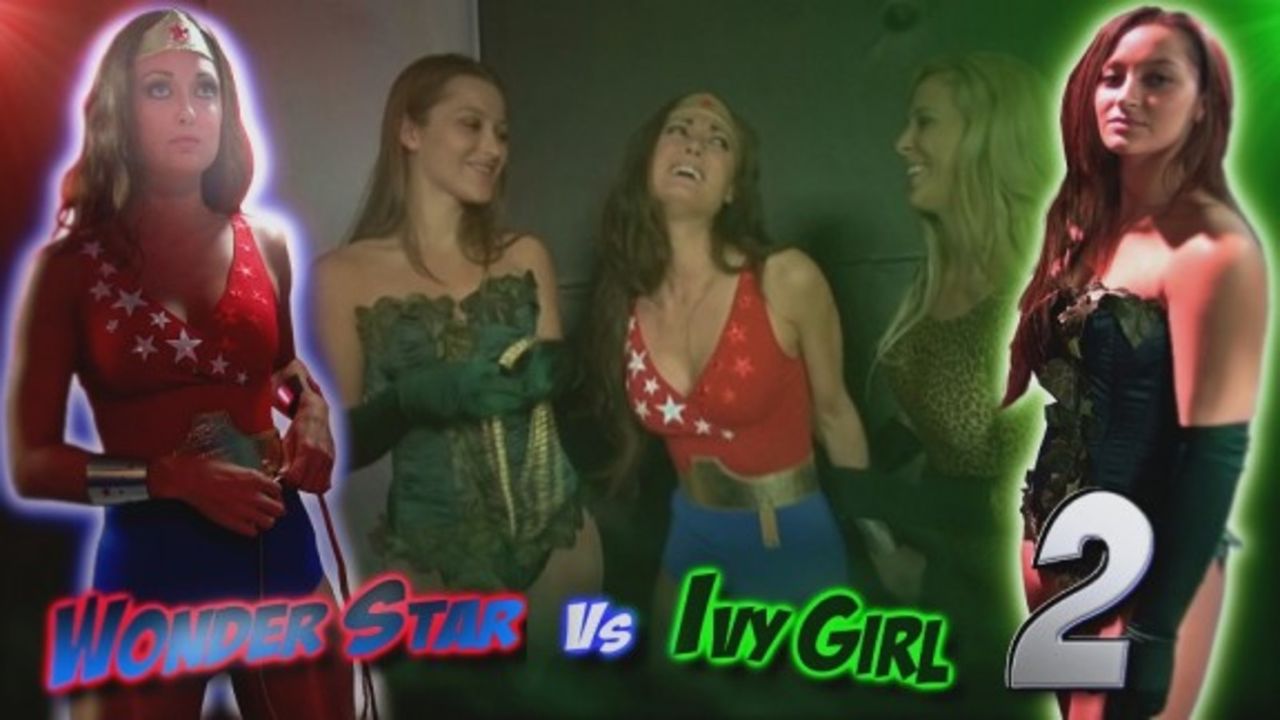 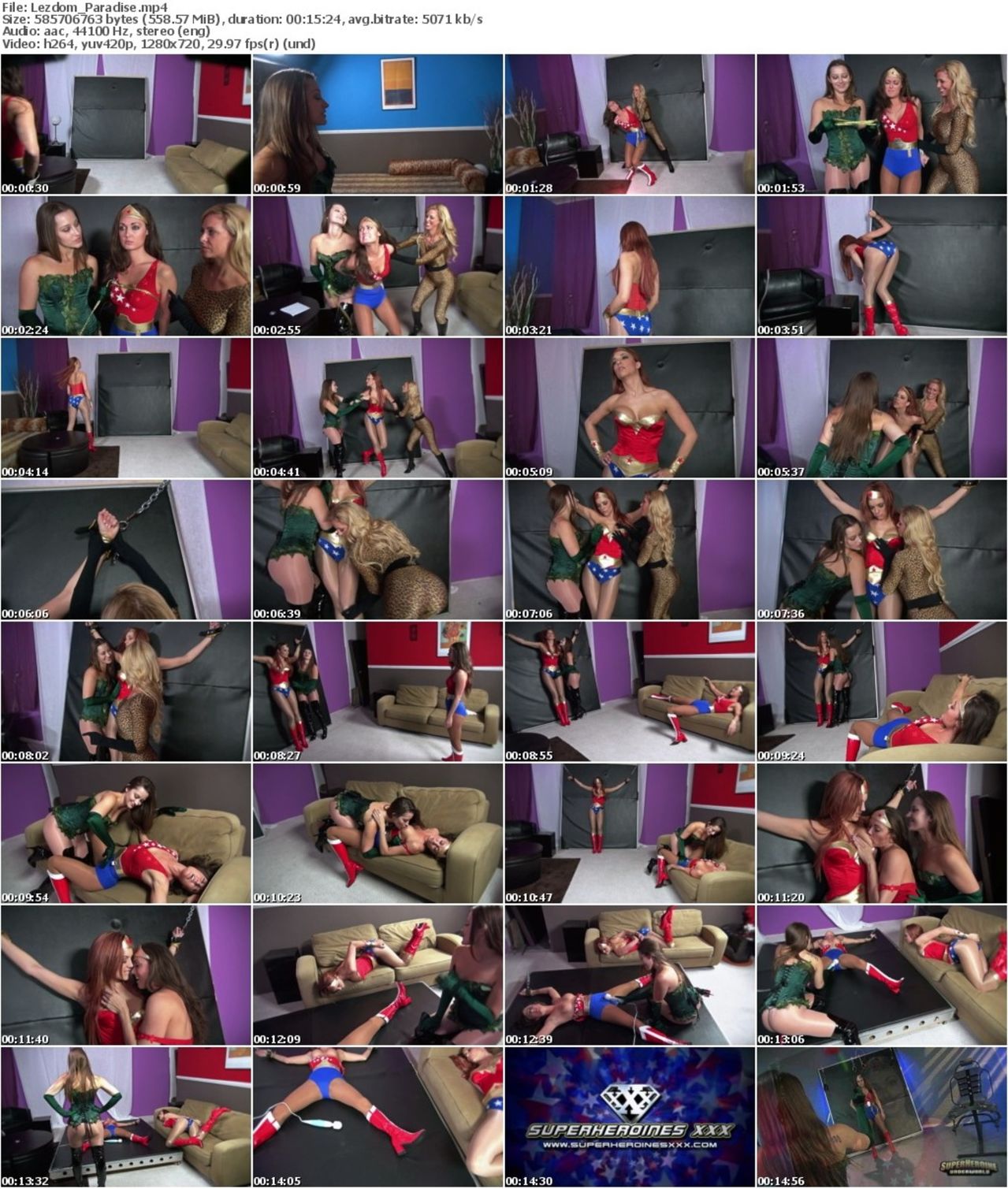 Wonder Star is at IvyGrrls lair when she is accosted by IvyGrrl. Ivy girl attempts to get the upper hand by shooting lasers at Wonder star but she is able to deflect them easily. What Wonder Star hadn’t counted on was Kat waiting in the wings! Kat grabs Wonder Stars arms and now IvyGrrls blast hit their mark, weakening Wonder Star.

Ivy girl walks up to Wonder Star and grabs her lasso of truth, placing it around Wonder Star who quickly falls under its spell. Ivy Girl is made to reveal her plans and the location of Princess Paradise.

A struggle breaks out with her foes but it is revealed that she cannot take on 2 villainesses at once and is overpowered by IvyGrrl and Kat!

IvyGrrl blows pheremones into Princess Paradises face and she becomes the plaything of IvyGrrl and Kat.

IvyGrrl immediately blasts Wonder Star with her stun stick, paralyzing her, and goes back to playing with Princess Paradise. WOnder Star tries to get IvyGrrl to stop, but IvyGrrl has had enough and gives Wonder Star a pheremone kiss to keep her compliant. IvyGrrl decides to have a little fun with Wonder Star while she is under IvyGrrls power.

With the two superheroines under IvyGrrls power, IvyGrrl has WOnder Star seduce Princess Paradise, much to the satisfaction of IvyGrrl.

In the next scene, Princess Pardise is cuffed on the couch and can only watch as IvyGrrl has her way with Wonder Star. With the effects of IvyGrrls pheramones still coursing through her body, Princess Paradise becomes turned on and start to play with herself as Wonder Star can’t fight IvyGrrl and has a powerful orgasm. The video ends with IvyGrrl laughing at the pathetic heroines and escaping as the two girls lay moaning in ecstasy..
tags:superheroine,superheroines,lesbian domination,lezdom,stroyline,froced orgasm,submission,humiliation,super hero, super heroines ,bondage,hitachi