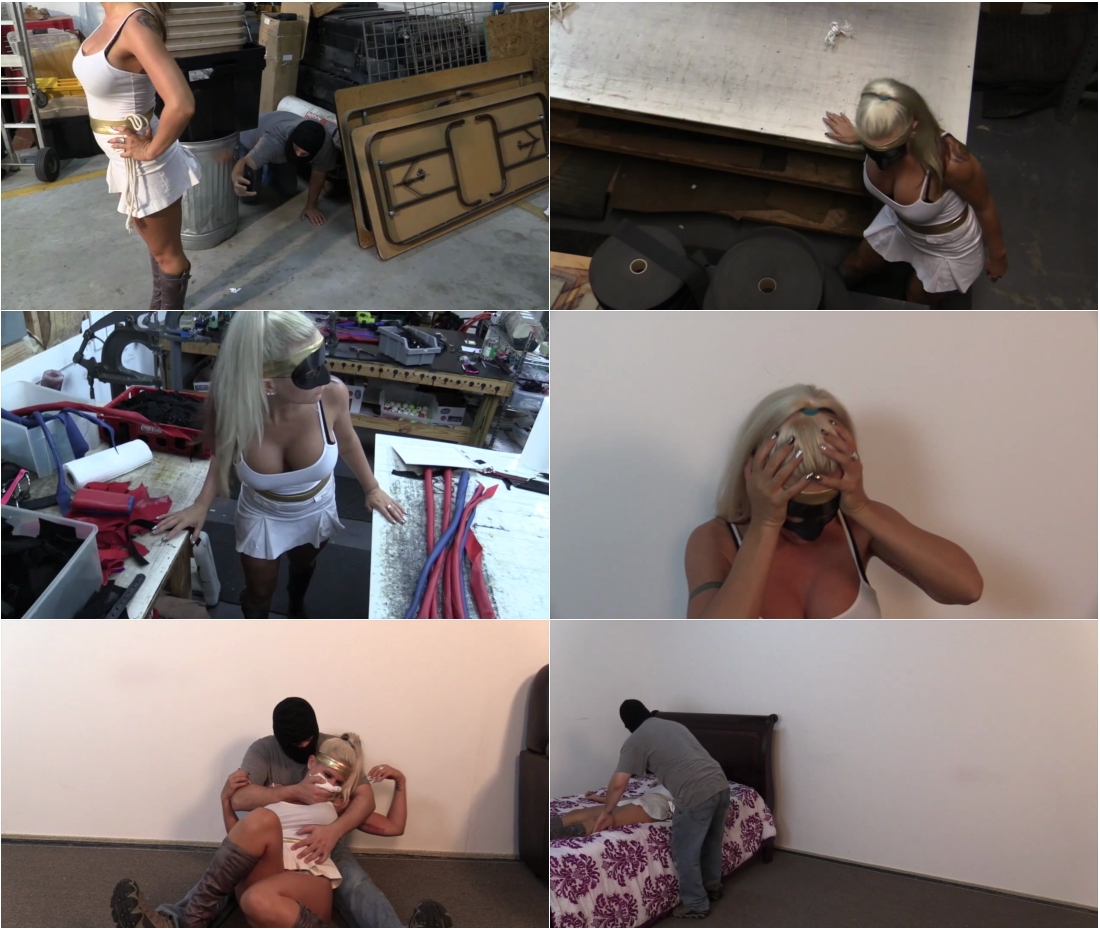 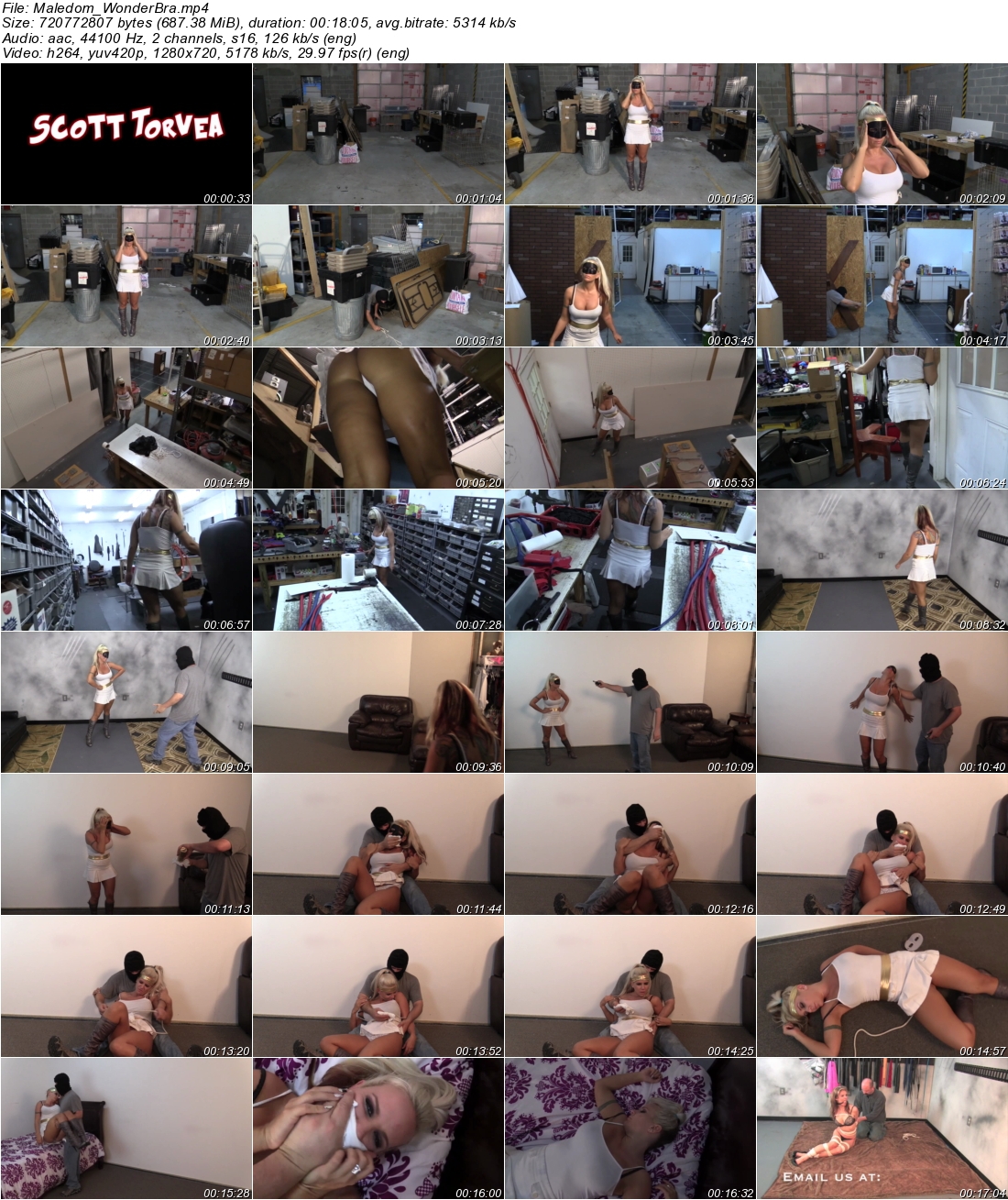 After being captured in the previous, very campy episode, Wonder Bra, played by Angel Lee escapes from the Sultan by using her tiara to teleport away. A few days later she uses it to communicate with the Gods. She does not realize that the Sultan is hiding ad hearing her conversation while taking upskirt and downblouse shots.
The Gods are flirty with her and grant her wish to help her find her superheroine sisters who have been taken by the Sultan. Since he knows her weaknesses, they switch her vulnerability from her belly to her hair. All superheroines have to have some sort of foible and this seems reasonable.
As Wonder Bra prepares to leave she decides to leave the lasso at home because the Sultan always uses its truth telling properties against her. All of a sudden she hears the Sultan’s voice, but does not see him. As she looks for him he takes upskirt and downblouse shots of her while she is unaware. When she finally catches him, she is angry and ready to take him to jail.
The Sultan punches and kicks her belly, but Wonder Bra only laughs at his attempts. Realizing that something is amiss, he brings out his magic spray which makes her very dizzy. He takes her mask off, which protects her and grabs her hair. Now all of her strength is gone and she is weakened.
He pulls out the lasso from one of the other superheroines and wraps it around her shoulders which forces her to tell the truth. She must reveal all of her weaknesses to him and he will have complete control over her. He wants to know how she teleports and taunts her until while he gets the answer.
Once he has the information, he makes her go limp and leaves her body on the floor.
Category: SUPERHEROINES
Related Categories: LIMP FETISH, MALE DOMINATION, MIXED FIGHTING, UPSKIRT, DOWN BLOUSE
Keywords: angel lee, super heroine, supervillain, super villain, blond, blonde, long hair, did, damsel in distress, ponytail, boots, fausta, mask fetish, ragdoll fetish, struggling
Tags:Maledom,Male Domination,superheroine,superheroines,Humiliation,storyline,story line,Mixed Wrestling,mixed fight,Submission,froced orgasm,super hero, super heroines,superheroines porn,superheroines adult movies