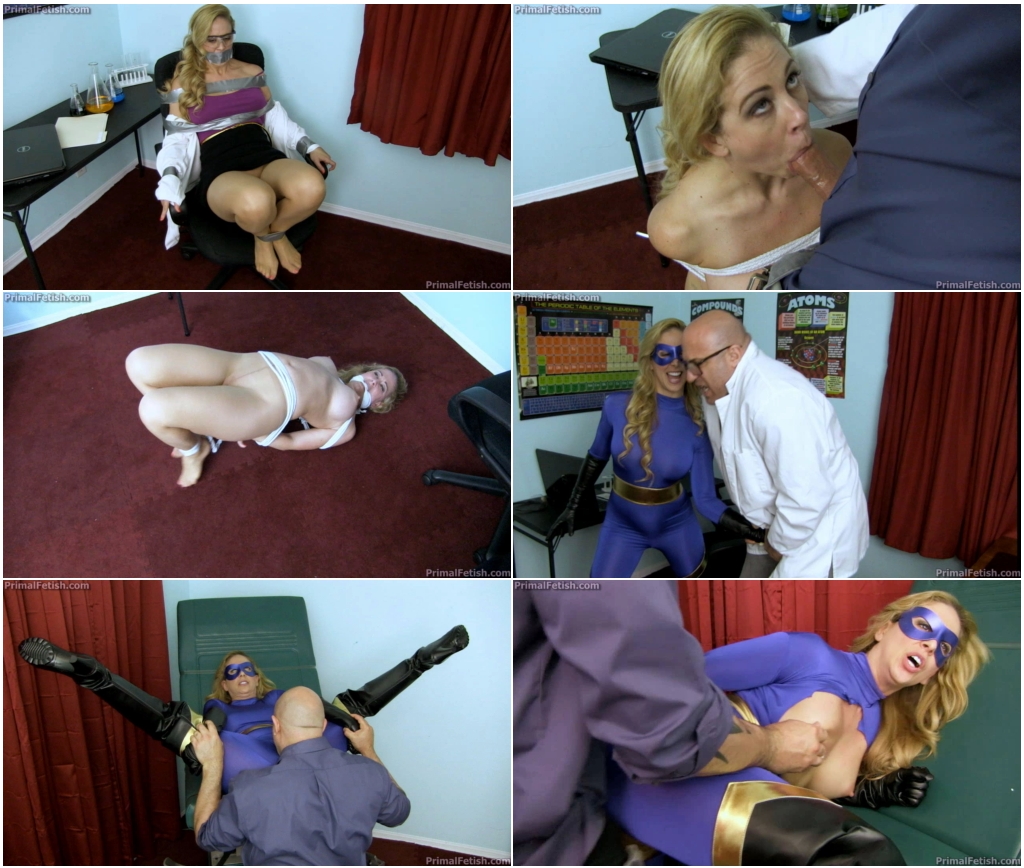 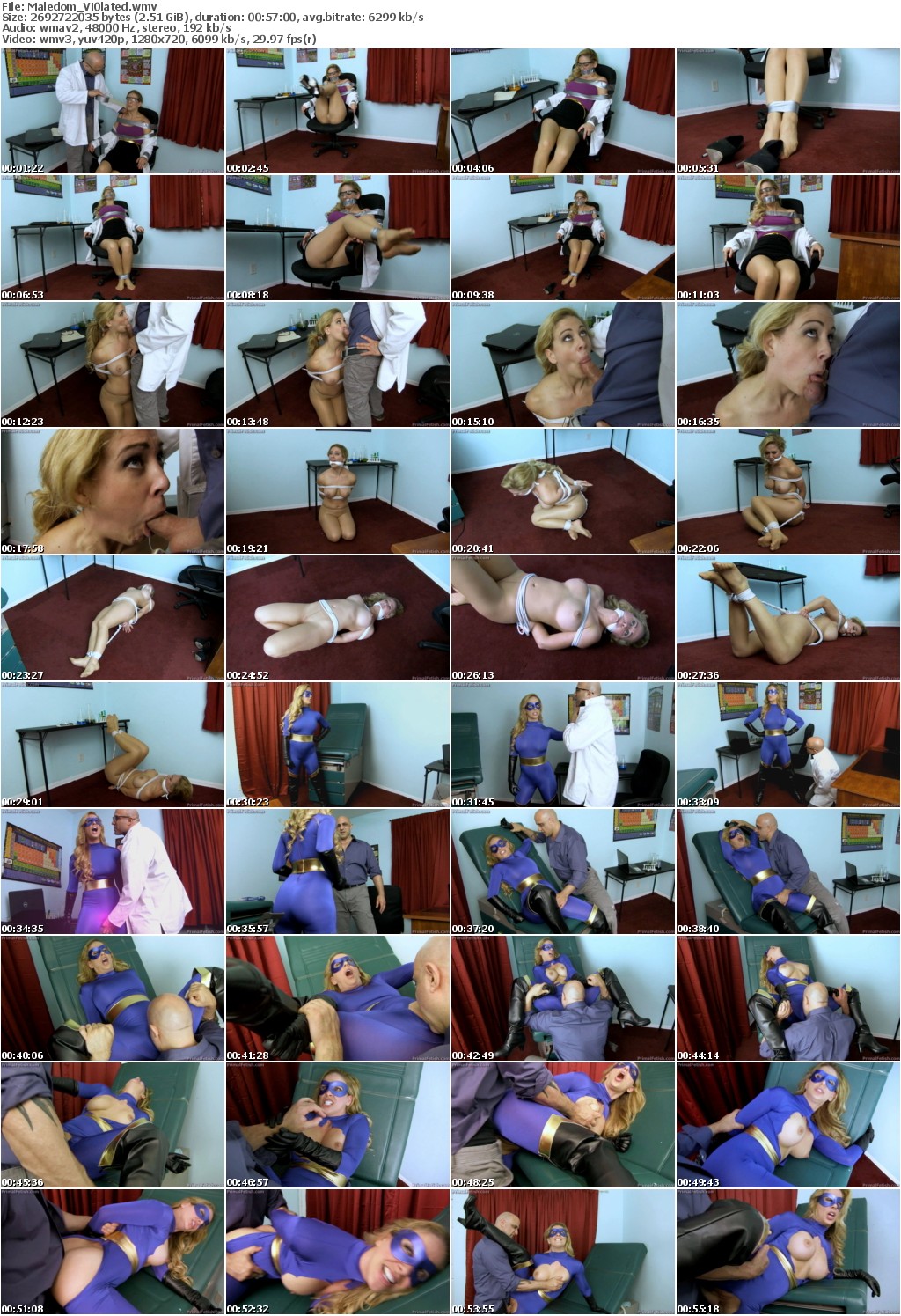 Cherie has been working hard as Dr Malador’s assistant. She comes in to his lab to bring him some data but somehow he has left without her seeing him go. She notices that he left his laptop, which he never does. Cherie is horrified as she looks at the screen and realizes just what it is Dr Malador is trying to do with his experimentsShe wants to notify the authorities but Malador appears behind her. She is captured and bound and then sexually punished for trying to escape. He leaves her bound once more, the building is set to explode and Cherie struggles furiously. Chemicals spill and then their is an explosionOne year later Cherie, now know to the world as “Imperia the invincible” has tracked Malador down. Although she has become one of the world’s mightiest superheroines, the explosion that gave her the amazing powers has left her literally untouchable.She punishes Malador but his science triumphs and he is able to take a sample of her powers. She wakes up to find her self slowly gaining her powers back, but Malador has not only copied her abilities, but made himself even more powerful than her. Imperia is overpowered and Malador takes her sexually, He tells her she needs it from him, he is the only man on earth that is strong enough to fuck her, powerful enough to pleasure her, she is loathe to admit it, but it is true. Still she fights him, but his strength and ability to actually fuck he is too great. It is a battle but Malador fucks her into submissionThis version has extended damsel in distress bondage
Category: SUPERHEROINES
Related Categories: BONDAGE BLOWJOBS, BONDAGE, DAMSEL IN DISTRESS, COSTUMES, CREAMPIE
Tags:Maledom,Male Domination,superheroine,superheroines,Humiliation,storylline,Mixed Wrestling,Submission,froced orgasm,super hero, super heroines,superheroines porn,superheroines adult movies