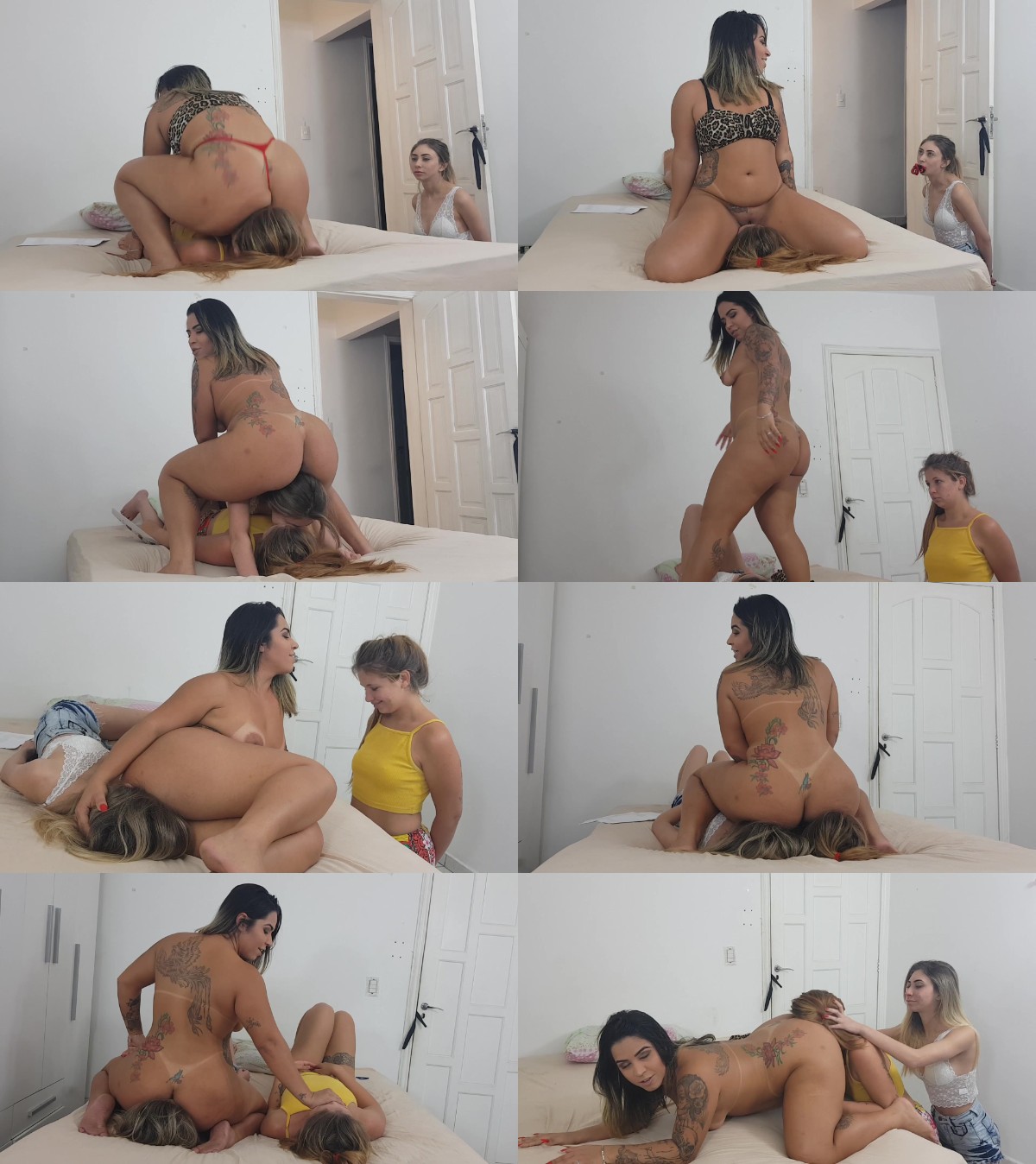 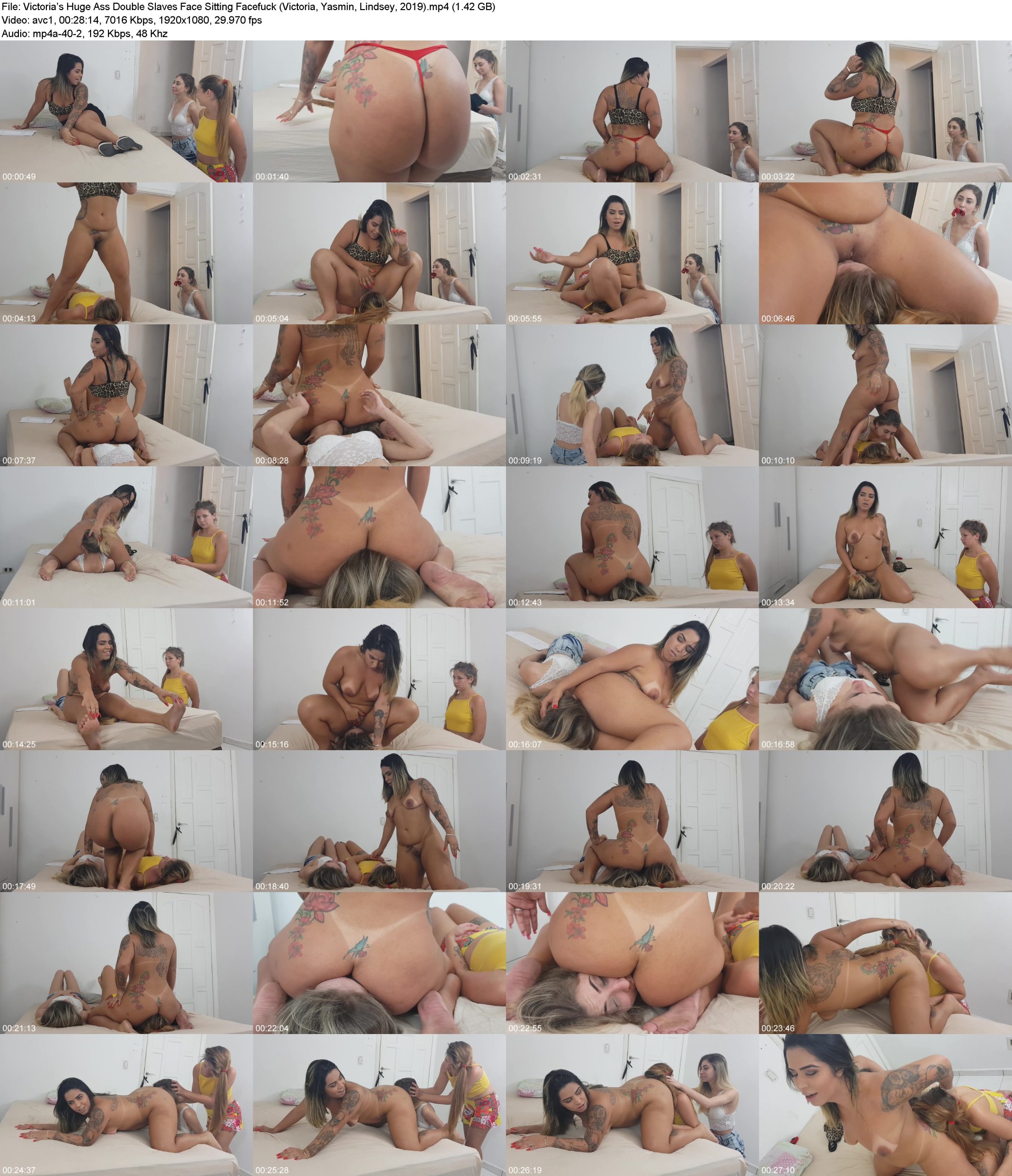 Victoria will use and fucked her two slaves, she wants to do double domination with weak and frail slaves, she begins dominating Yasmin sitting on her face and burying her in her huge butt, she applies some heavy butt drops and also feels pleasure rubbing  her clitoris on Yasmin’s face, she does the same thing with Lindsey and after sitting with her huge butt at the same time in the two frail slaves, she had no mercy and buried them each one side of the butt, she ordered that both slaves  rubbing the face of the friend in a thick butt dominating and squeezing both slaves and feeling much pleasure in their domination and facefuck with their huge ass of their slaves.
tags:lezdom fetish,lesbian domination porn,brazil brazilian,submission ,humiliation,overpowered,facesitting,ass licking,ass worship smother