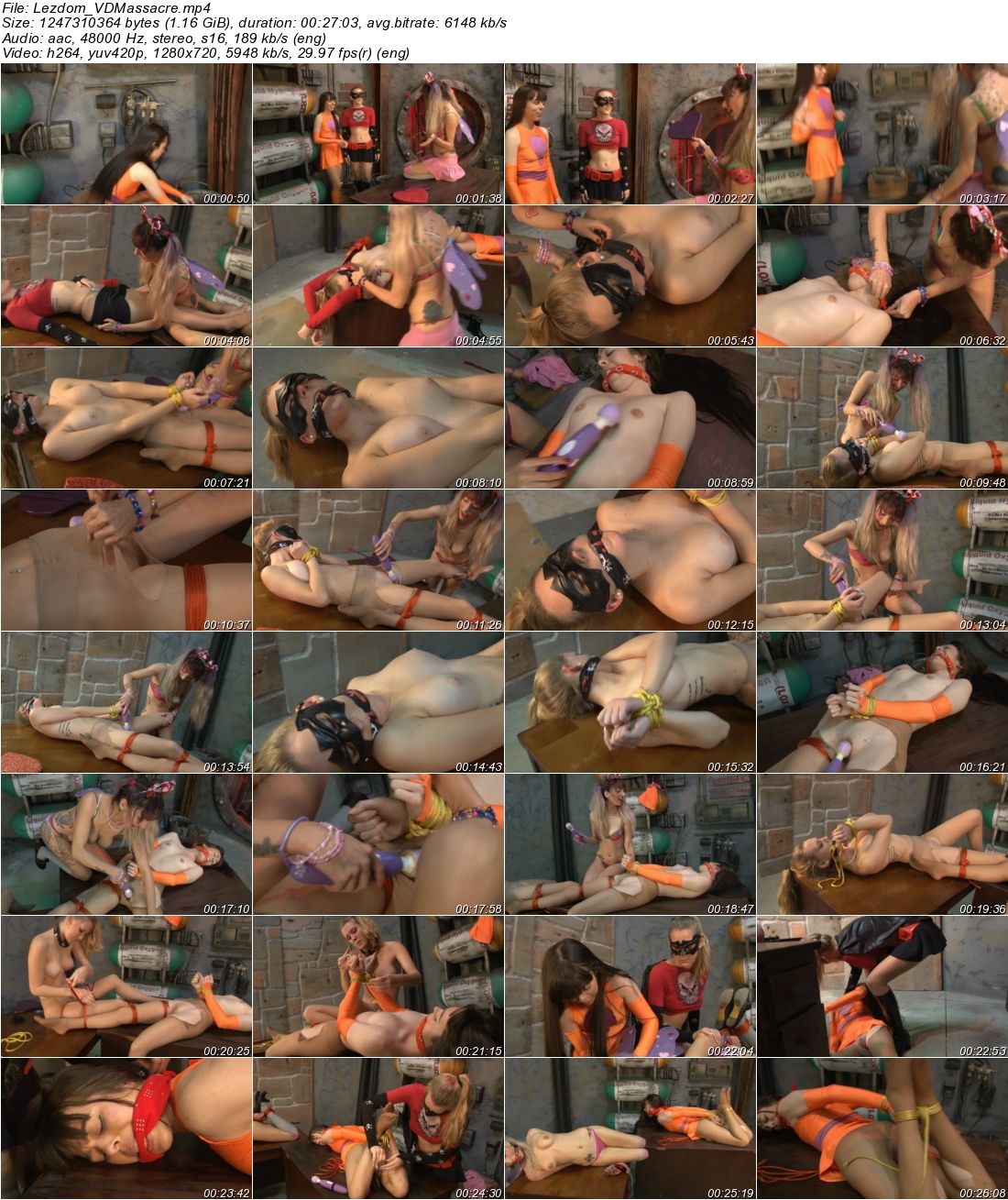 Villains will hide out any place they can find. Most have several places they use to hide when the heat is on. Grim Mandy (Gemma Nicole) had many herself. After her and new found side kick Gum Drop (Erin Taylor) made a huge heist, Mandy led them to one of her hide outs and old under ground military bunker. As the two were hunkering down, Gum Drop was being her usual diva self complaining about the lack of amenities, when suddenly a fairy looking thing appeared! The two villains while surprised do not seem to be threatened. They asked the girl what she was and why she was invading their little lair. The giggling little fairy told the two girls she was Cupidâ€™s sister and she was there to make them both happy. The two laughed and were just about to attack the fairy (Pixie Von Bat) when she used some magic first to take out Grim Mandy then Gum Drop. Both villains were bound and gagged and semi nude when they came around. The little fairy was dancing around with a hitachi and decided orgasms were the best way to shred away the bad and bring in the good! It was not long before both girls were screaming in orgasmic bliss. Then as the little fairy was shouting at something she was suddenly rendered asleep by some unseen force. The two villains, despite the orgasms were not in the best of moods when they hogtied the little fairy. Grim Mandy especially had had enough. As Gum Drop walked away Mandy pounced on her for no reason and before Gum Drop had a clue she was hogtied and gagged as well! Then after all that had happened, both Gum Drop and the crazy fairy hogtied, Grim Mandy decided it was time to go. Taking the loot with her and leaving the other two struggling to get free.
Category: SUPERHEROINES
Related Categories: SUPER VILLAIN, COSPLAY, FORCED ORGASMS, PANTYHOSE/STOCKINGS, BONDAGE
tags:superheroine,superheroines,lesbian domination,lezdom,story line ,storyline,froced orgasm,submission,humiliation,super hero, super heroines ,superheroines porn,superheroines adult movies