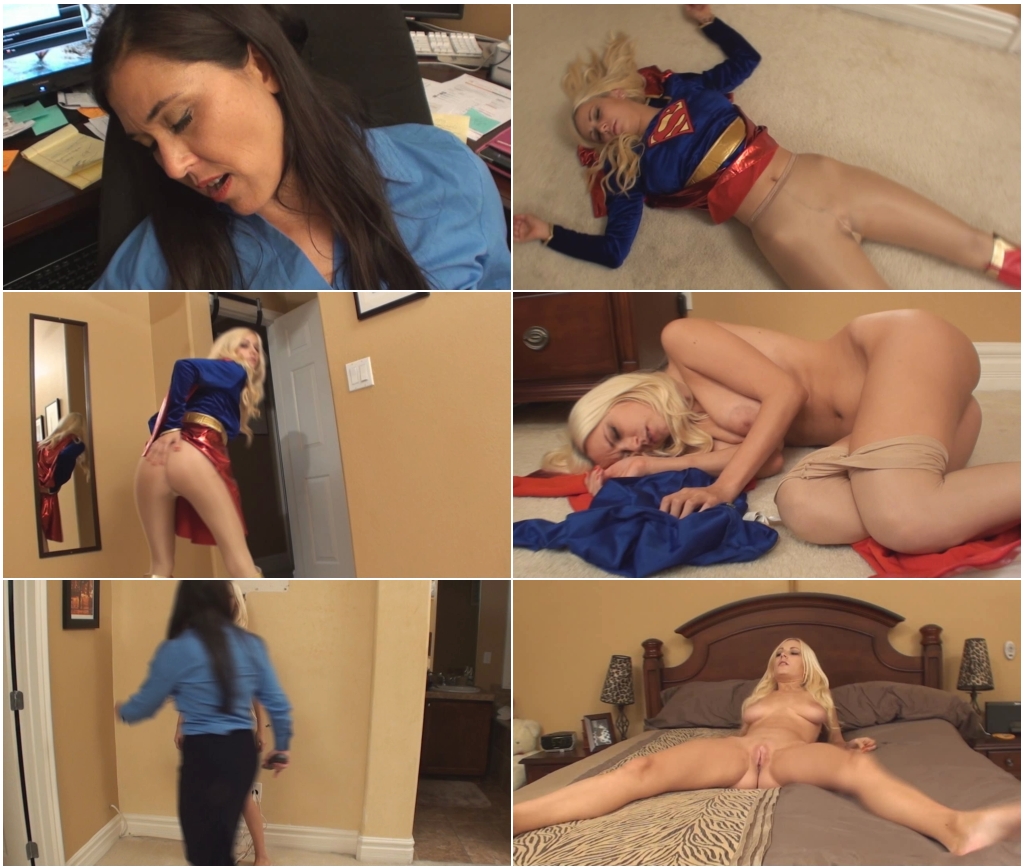 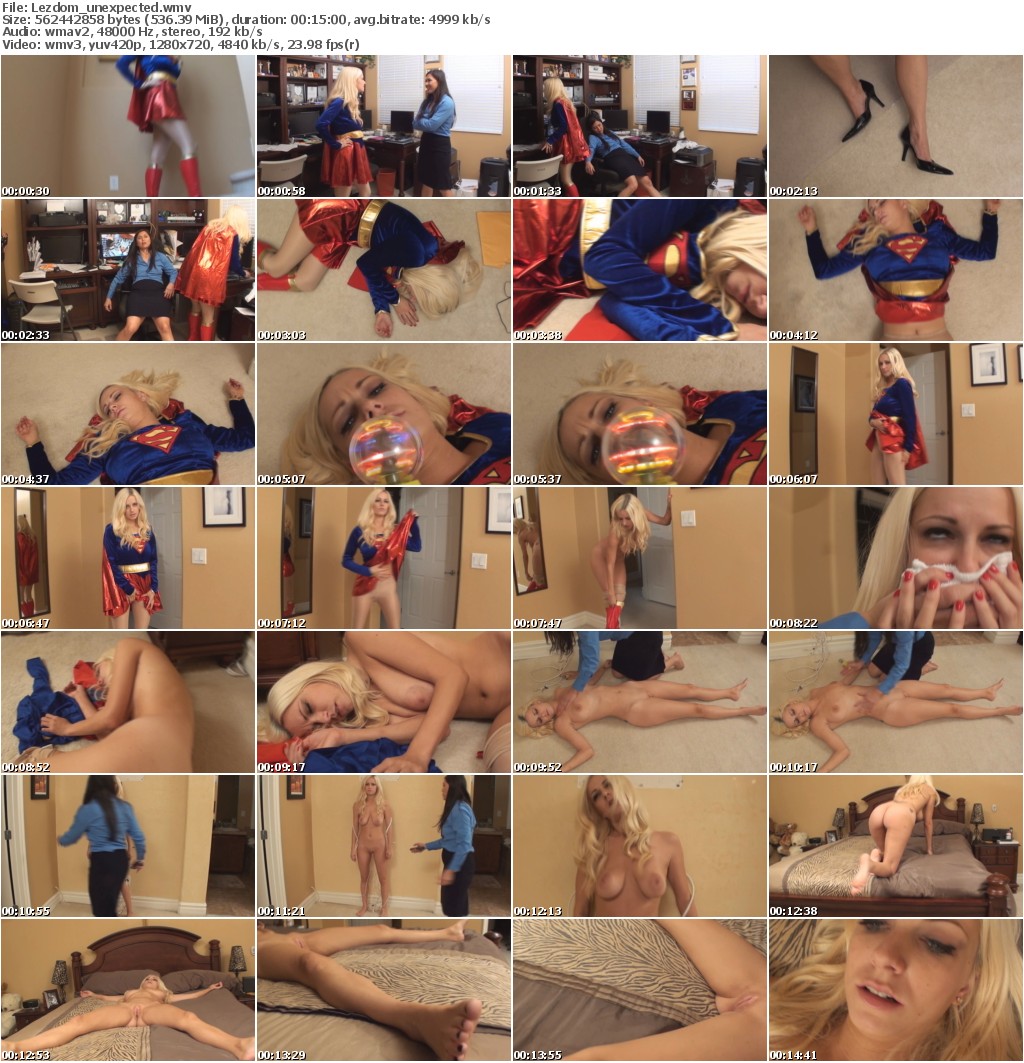 Extremely sexy Super Danielle (Danielle Trixie) is called on a rescue to stop Dr. Tomiko who has humiliated lots of Superheroines already. Super Danielle has discovered the Villain’s place and enters her office. Dr. Tomiko is caught by surprise. A fight begins when Super Danielle tells her that she will be taken into custody. Both ladies exchange some blows but Super Danielle is stronger and K’s Dr. Tomiko. While , Super Danielle searches her office for a clue that might prove Tomiko’s guiltiness. Dr. Tomiko wakes up and surprises her with a blow to the head with a club. She collapses unconscience and her body is dragged into the bedroom. She h y p n o s Super Danielle with her device and makes her dance sexy and then strip out of her costume. The mind of Super Danielle is stronger than Dr. Tomiko thinks and she snaps out of it. Tomiko gives her the rag laced with Kryptonite and this K’s her out. She is h y p n o’d again and made to hook herself up to a wire contraption. This will strip her of her powers. Dr. Tomiko turns it on and electricity starts to pulse through Super Danielle’s nude and sexy body. She shakes and we see her tits jiggle around. Once she is drained she is ordere to the bed and goes into position of a spreadeagle. Dr. Tomiko pulls out her freeze device and Super Danielle is frozen like a statue with her legs wide open. Anything is possible now and Tomiko leaves to make some plans. She sees a profit is about to happen. FETISH ELEMENTS: SUPERHEROINES, NUDITY, ROBOTS, STRIP TEASE, BIG TITS, DANCING, BODY DRAG, K’D, BLONDES, BRUNETTES, BOOT FETISH, PANTYHOSE/TIGHTS, FIGHT SCENE, PUNCHES, DOMINATION, FREEZE, HUMILIATION, ASIAN, JAPANESE
tags:superheroine,superheroines,lesbian domination,lezdom,froced orgasm,super hero, super heroines