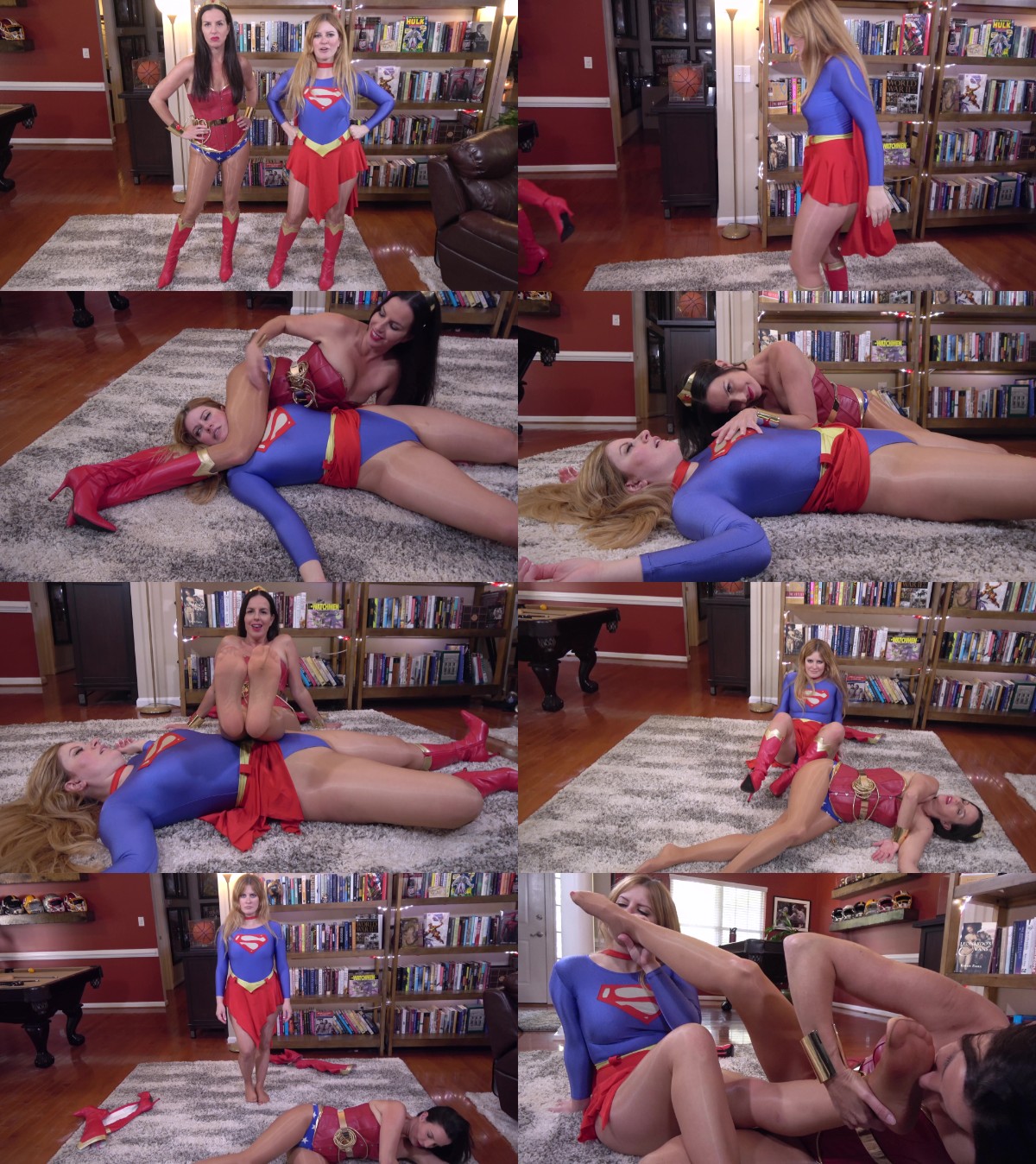 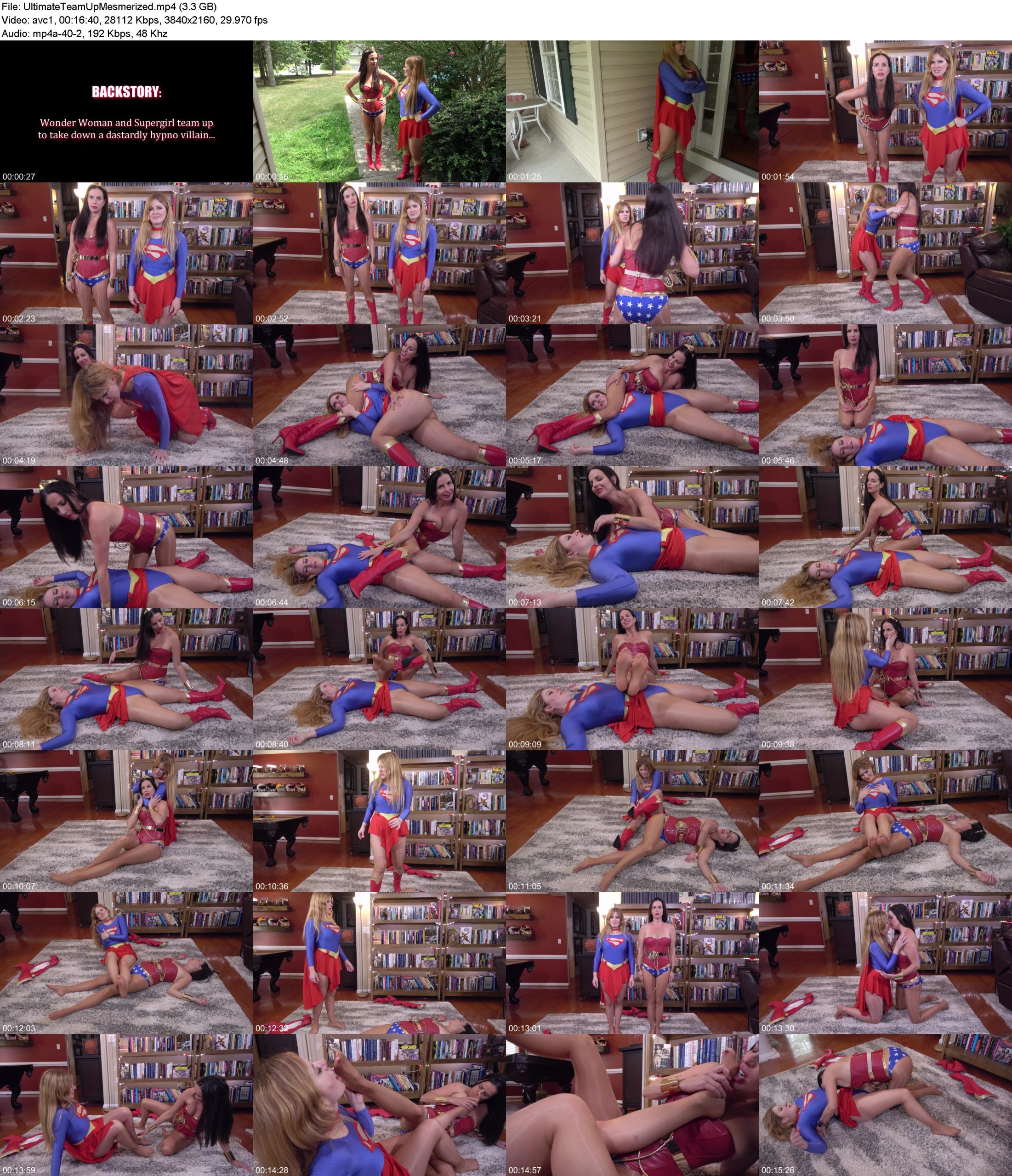 Here is a custom-commissioned production featuring Kobe Lee as WW and Jacquelyn Velvets as Supergirl. They’ve decided to team up today to take out an evil mesmerizing villain! It seems that WW and Supergirl have a bit of a rivalry amongst themselves as well. WW has Supergirl step aside so she can kick open the door. Once inside, Supergirl has WW stand aside as she heroically marches in, seemingly taking the credit. In the main room, both superheroines confront the POV-style villain. His eyes mesmerize them – they try not to look but it’s too late. Once under his control, WW and Supergirl are made to fight each other. WW comes out on top. The villain then has WW pose for him, sexily posing over Supergirl. Eventually removing her boots and showing off her nylon feet while posing. Supergirl tries to break the spell but seemingly can’t. Eventually she too is mesmerized again and made to pose for him. In the end, the girls are controlled to make out with each other, as they kiss and fondle each other.
tags:superheroine porn,superheroines fetish,superheroines adult movies,humiliation,fantasy,lezdom,lesbian domination,catfight,submission ,humiliation,overpowered,facesitting