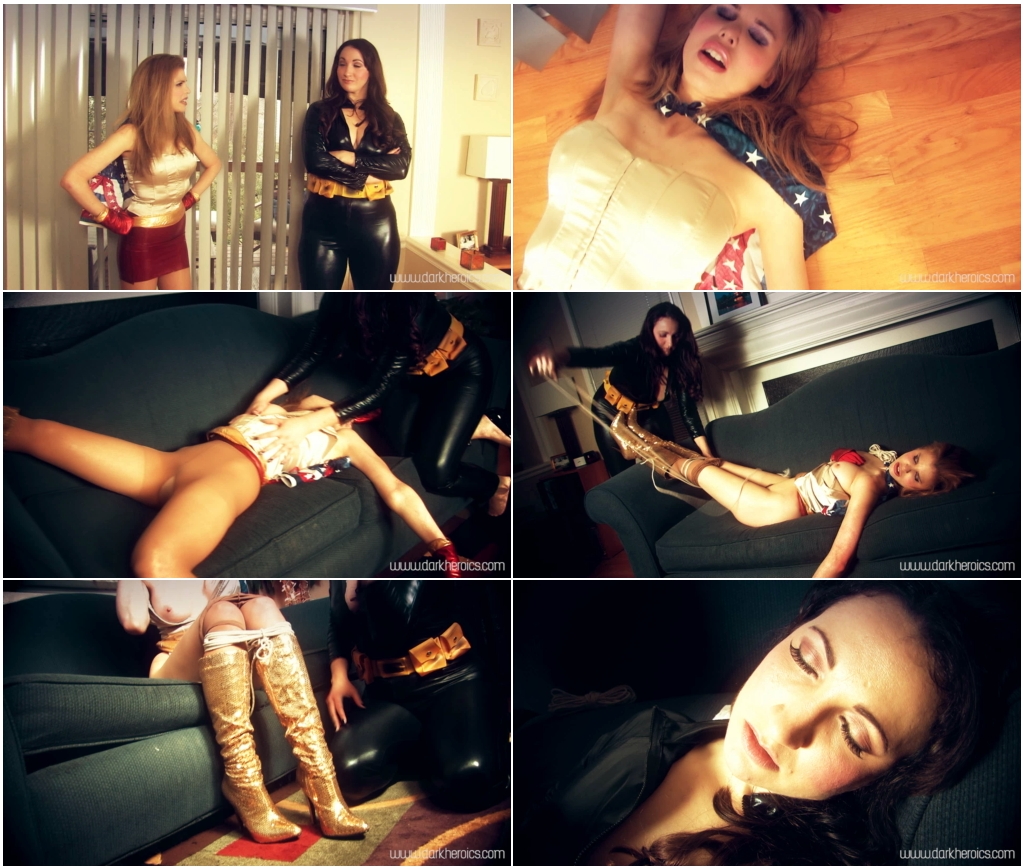 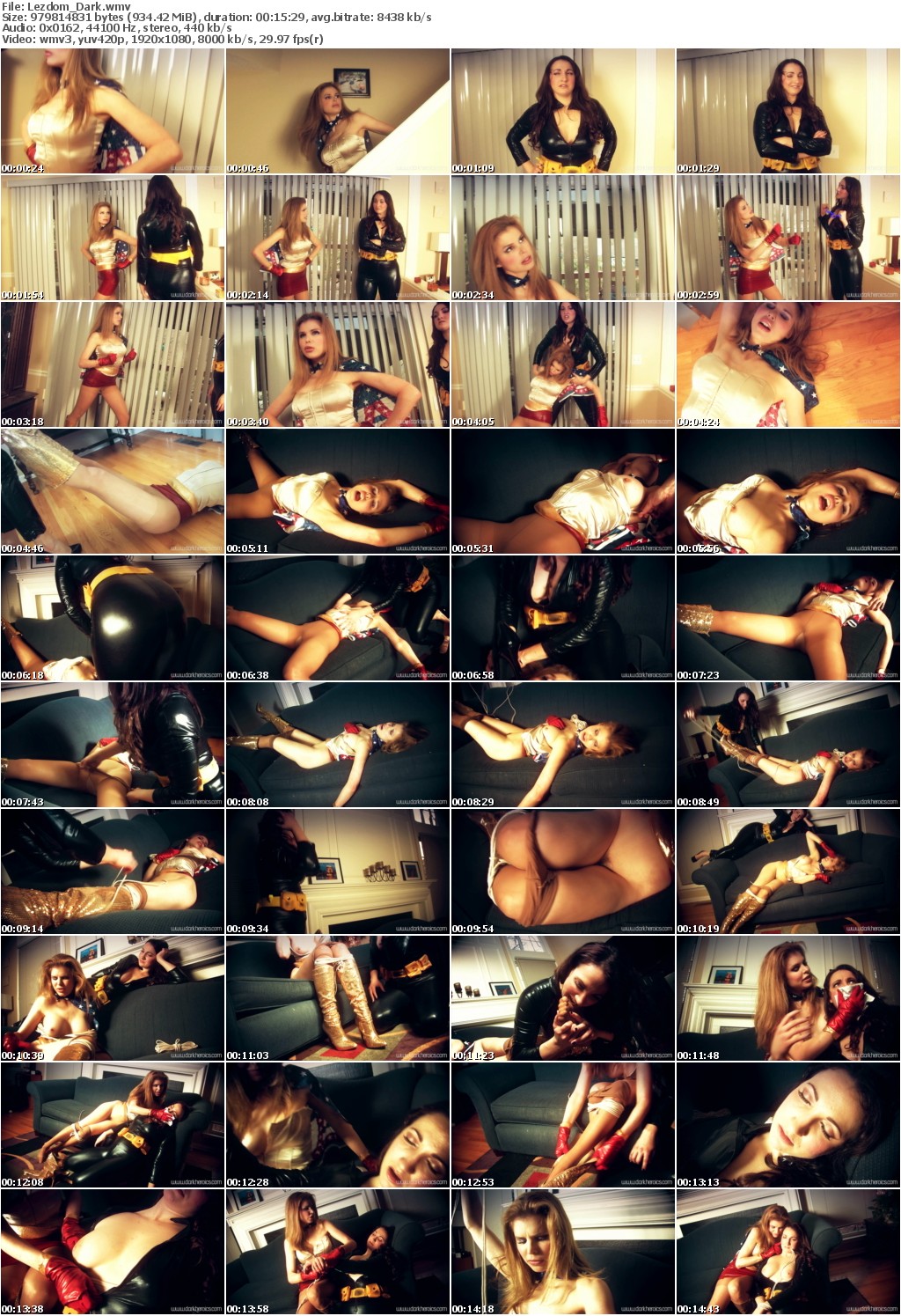 American Marvel Woman (Candle Boxxx) gets word that the Scarlett Witch is brewing up some trouble with unauthorized testing at her laboratory. She sneaks inside and has a peak around. After she hears a bolt of electricity, she runs to investigate. Sparks begun to fly and a fight ensues with some well-placed punches and kicks. After a sky-high kick to the menacing face of the statuesque Scarlet Witch, American Marvel Woman lets her guard down to reminisce the conversation. With a sneak attack from behind, a sleeper-hold puts this blond American sweetheart into a venerable K-0 and carried over the shoulder of her capture. There she lays on a couch while the busty villain helps herself to the tight-bodied bombshell. After she is secured with a rope, she slowly awakens to discover her sticky situation.