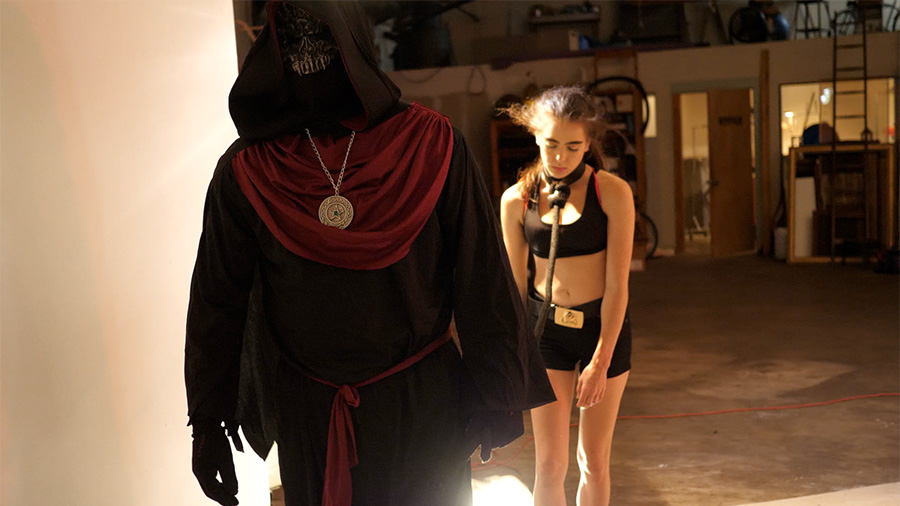 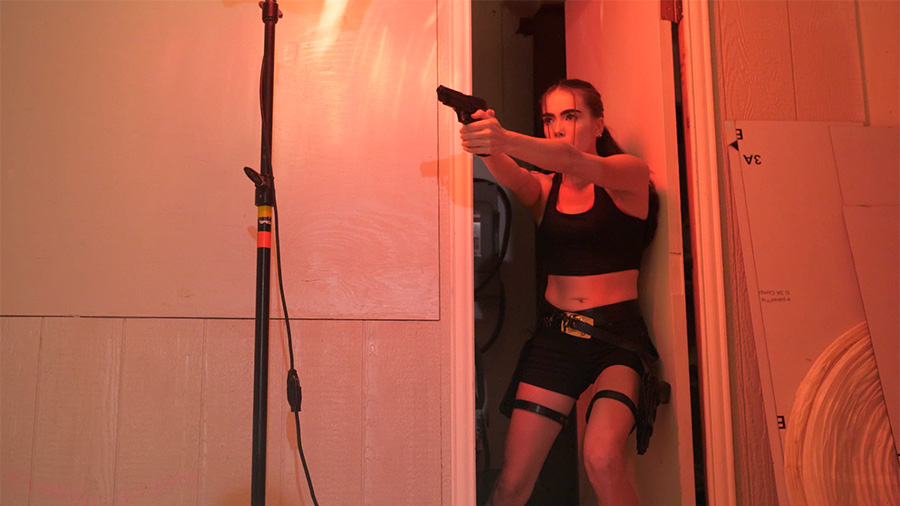 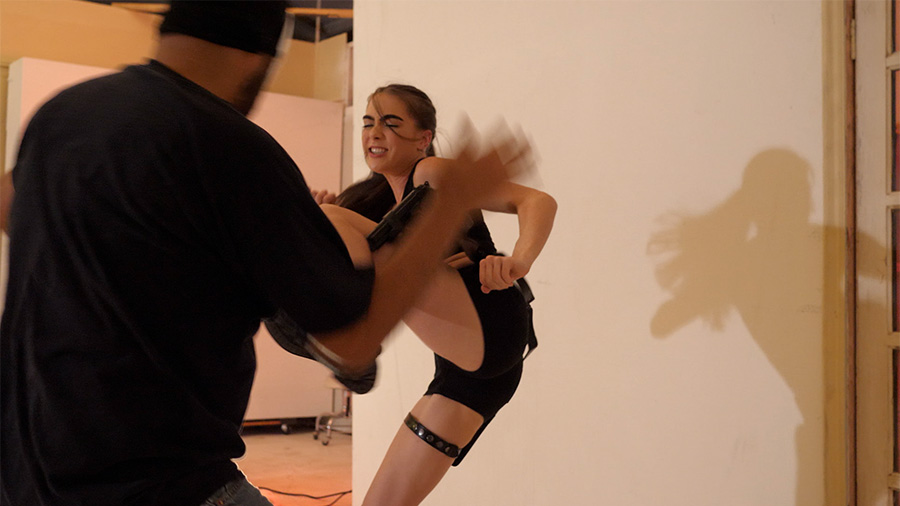 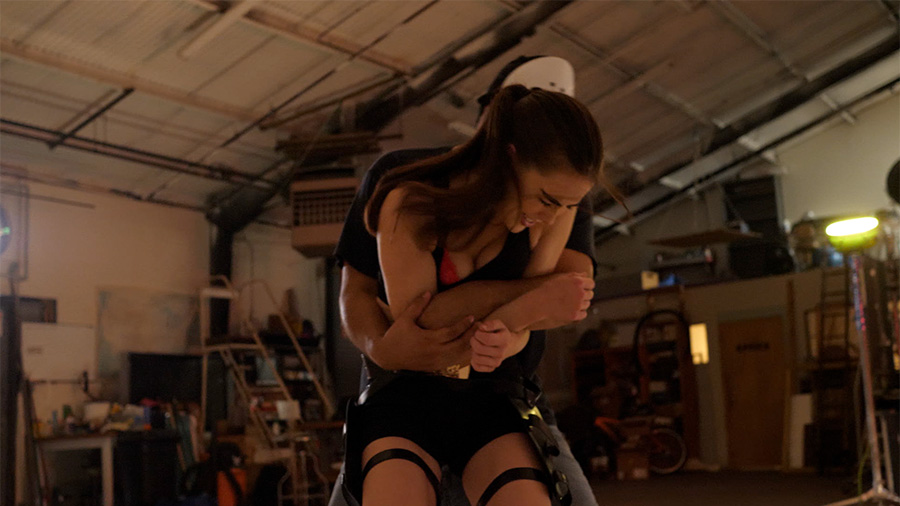 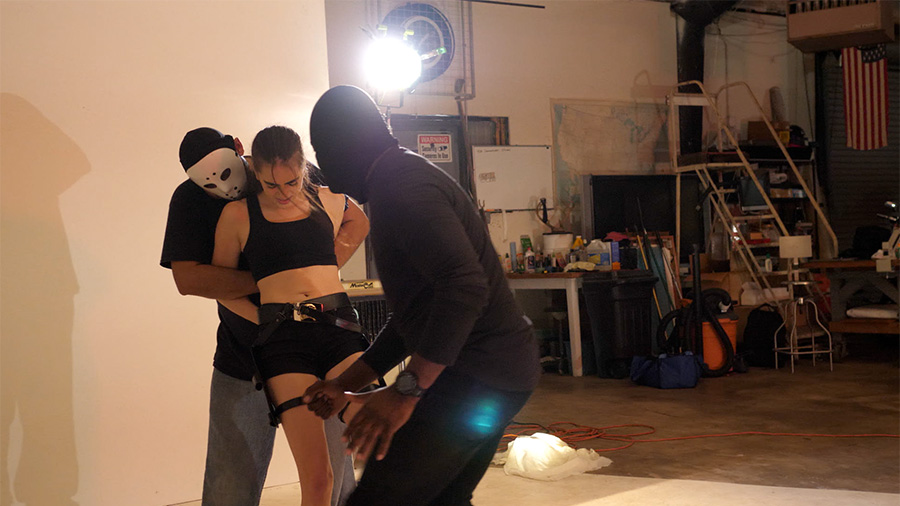 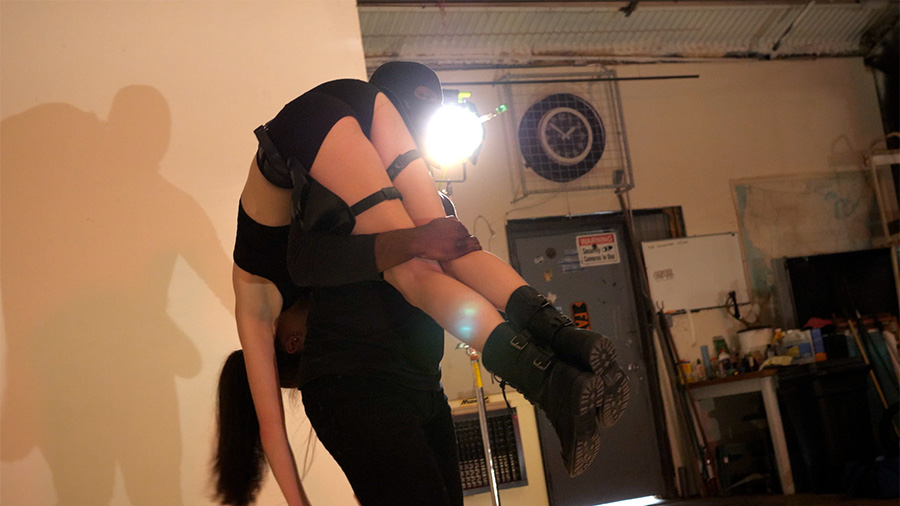 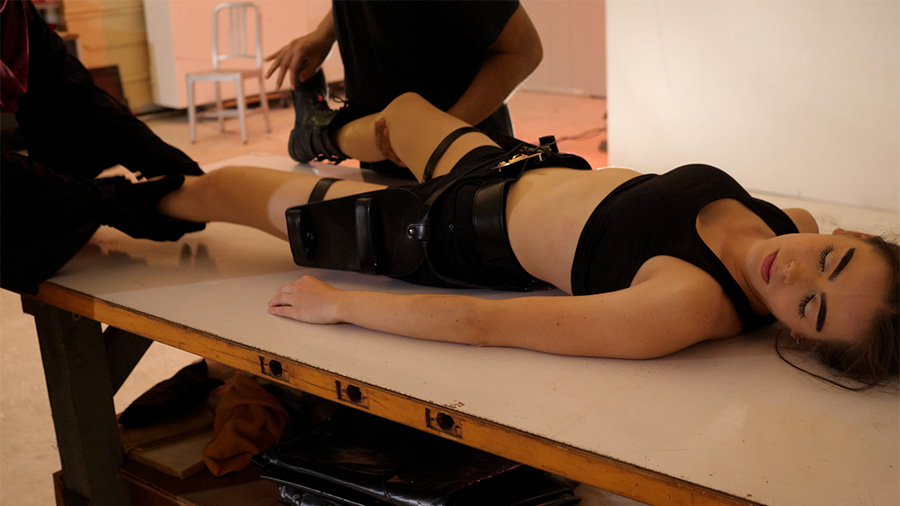 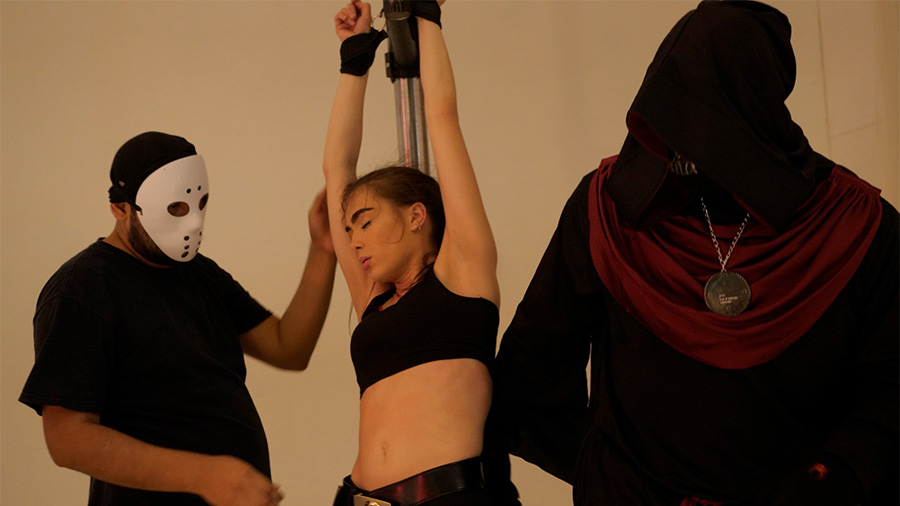 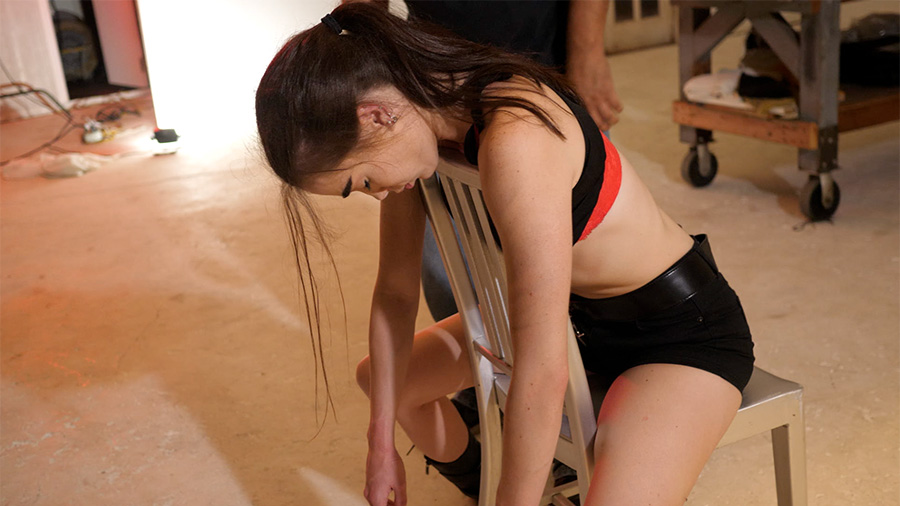 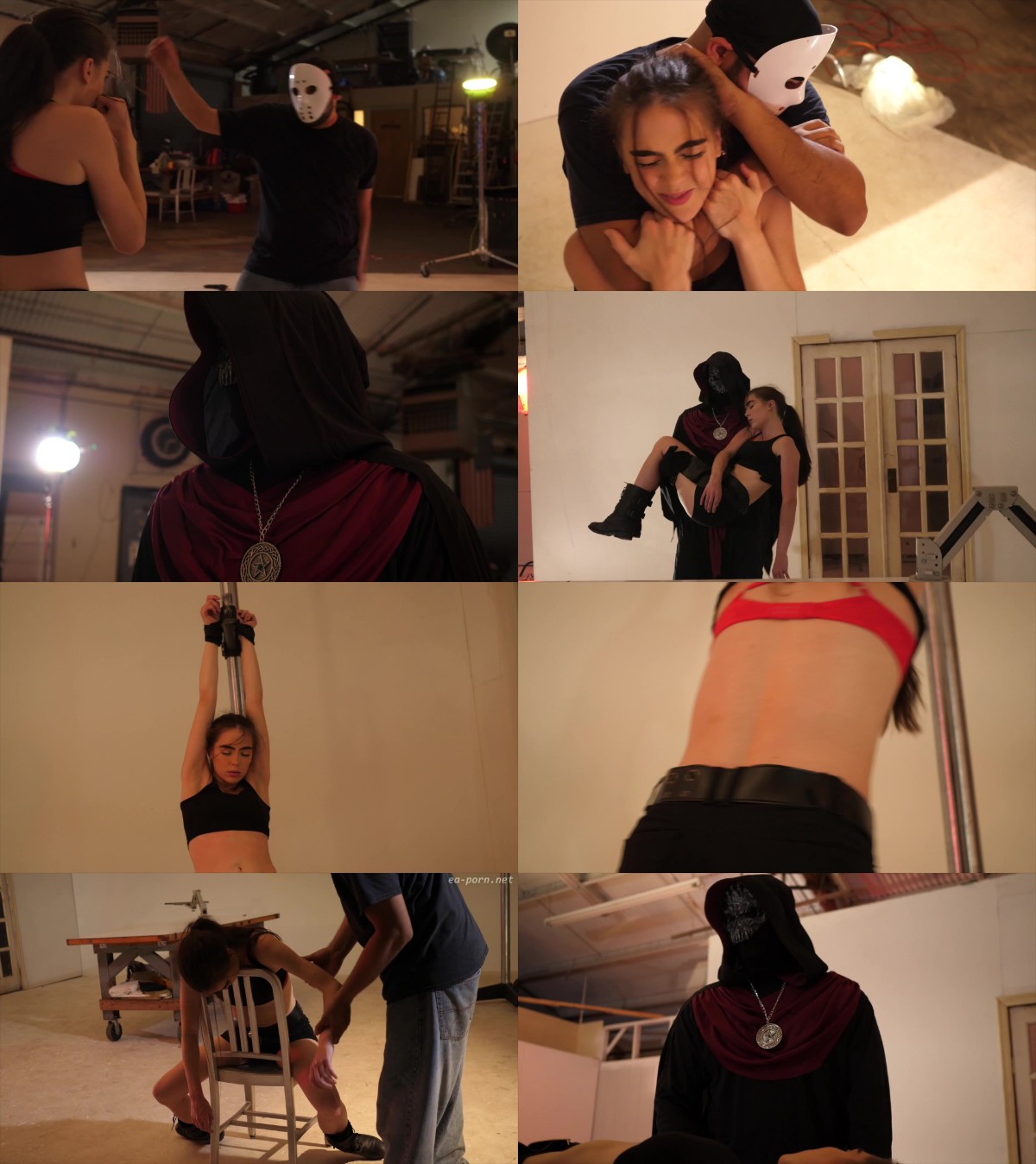 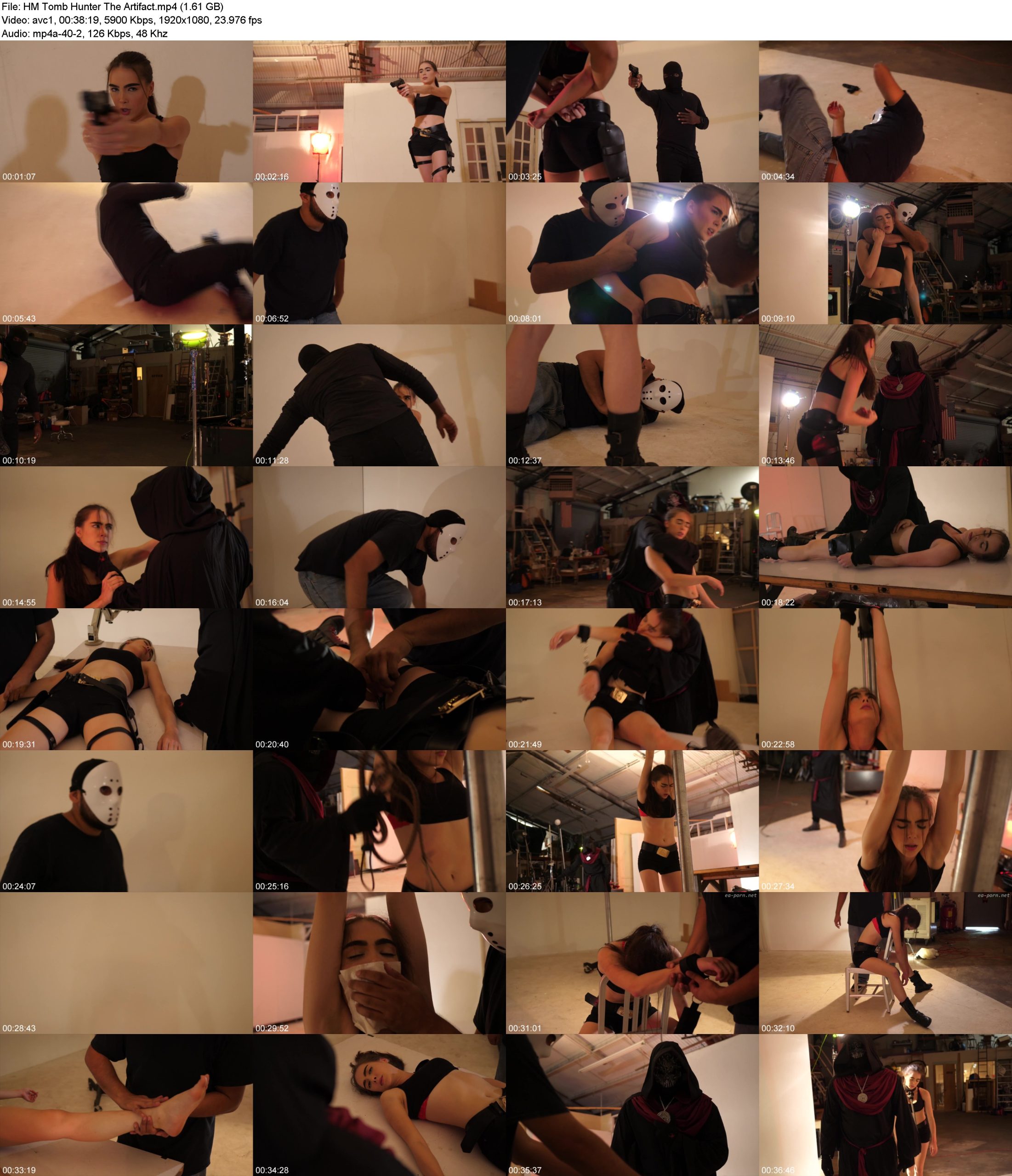 Lana Craft, Tomb Hunter (played by genre-newcomer Alaya Carter) is searching for the infamous Artifact of Apollo, which is rumored to bestow powers of mind-control to whoever wields it. She encounters a couple of thugs during her search, and the three engage an in extended battle, utilizing a variety of fighting moves to dispatch them before demanding more information about the Artifact’s whereabouts.

She learns that the Emperor of Evil currently controls the Artifact. When the Emperor arrives, Lana is shocked by his immense strength and power. He is impervious to her attempts to defeat him, and he unleashes a barrage of powerful punches, defeating our heroine. The Emperor also holds Lana by her arms, allowing one of his henchmen to get revenge for his earlier defeat by Craft.

With Lana beaten down and unconscious, she is stripped of her weapons, dragged, and tied AOH to a metal pole. The Emperor attempts to use the Artifact to hypnotize and mind-control our heroine, but she resists. Infuriated, the Emperor whips the bound heroine and then orders her taken away to a table, where he will try to hypnotize her again. this time with success.