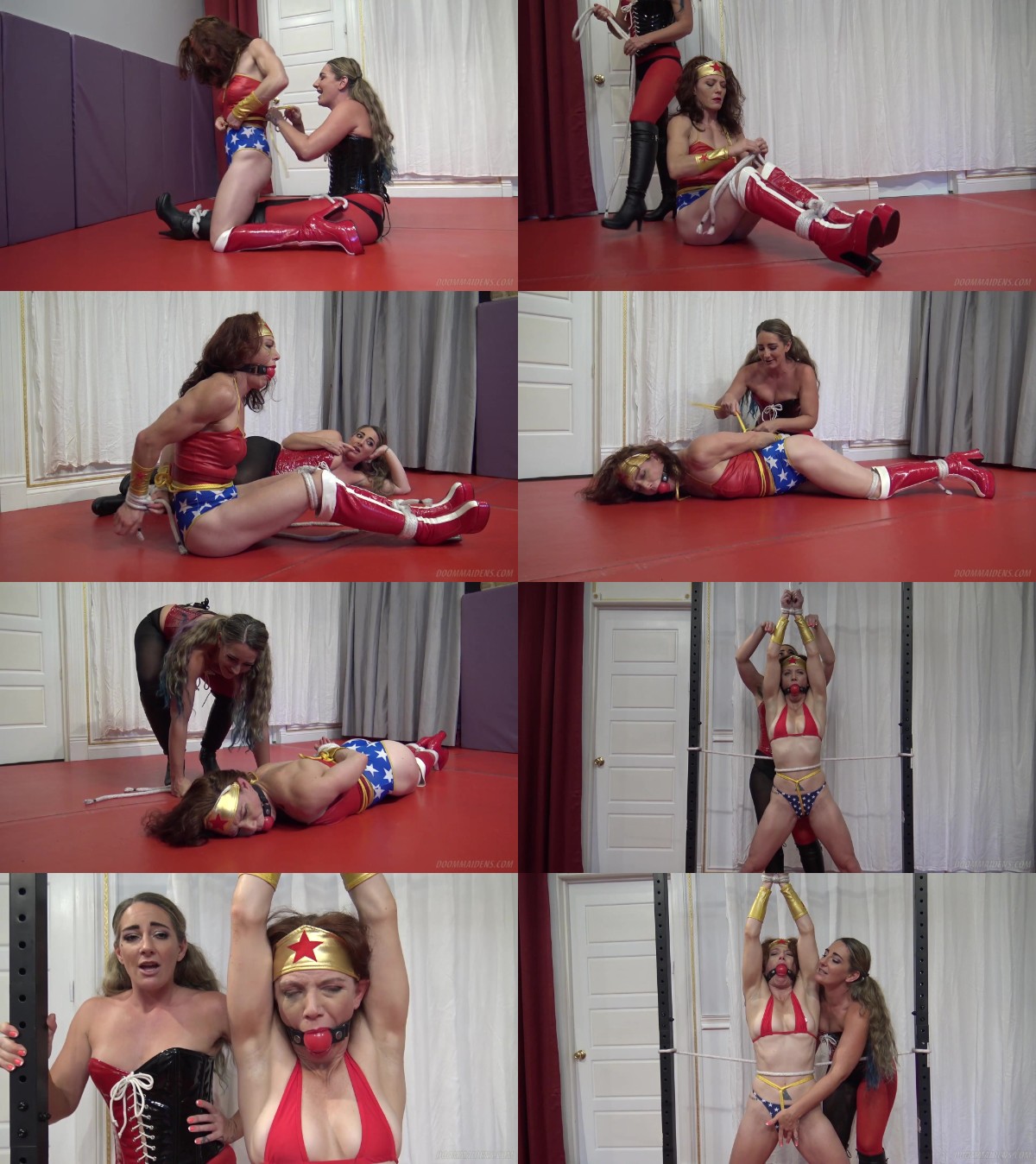 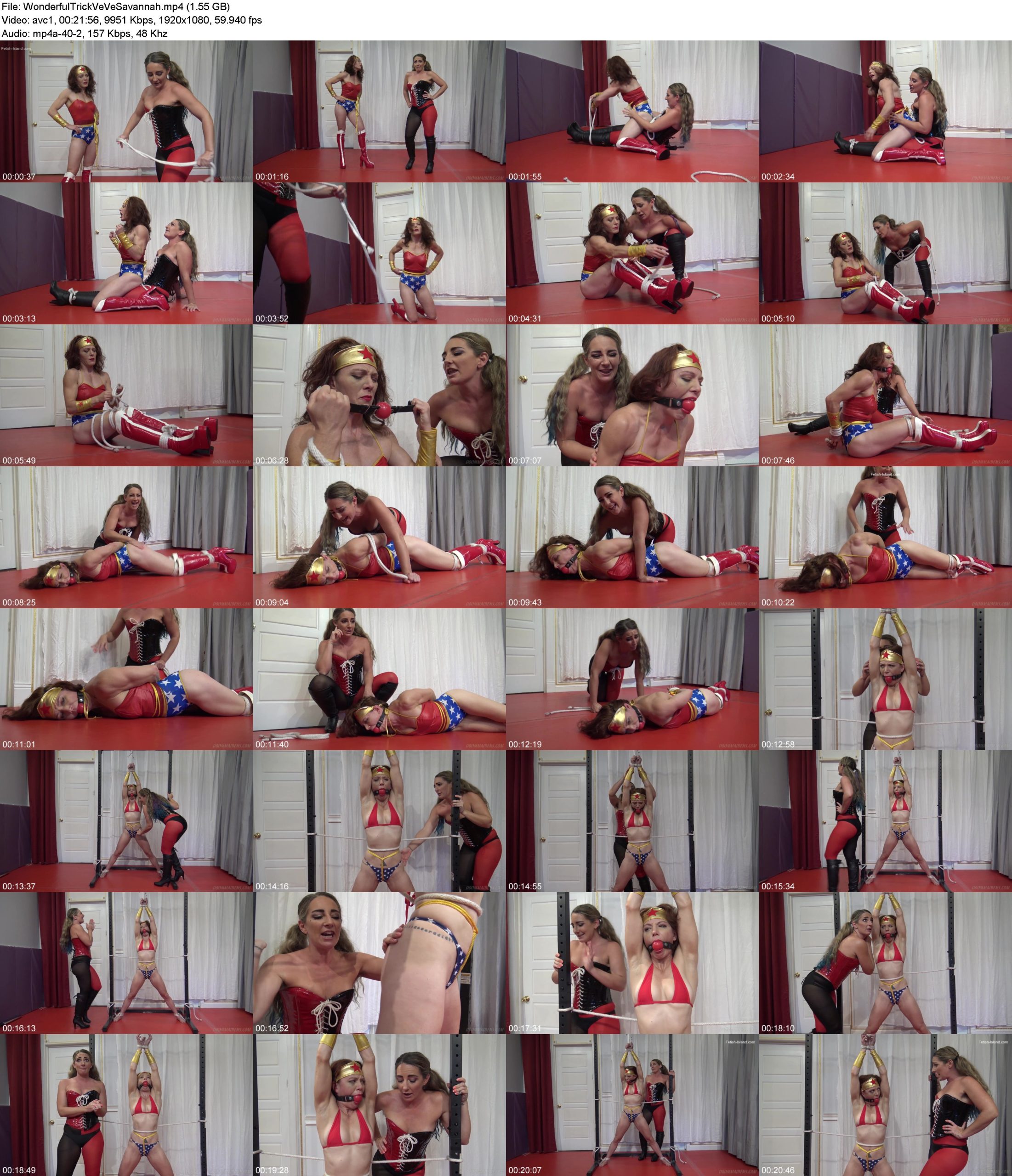 Wonder VeVe is stunned when Harley Savannah challenges her to a bondage wrestling match, promising no tricks and no traps, just a totally fair fight. The villainess must be mad (of course!), but how can VeVe pass up the chance to capture a dangerous criminal so easily?
.
The fight begins, and VeVe wrestles Savannah down even more easily than she expected…but while she’s occupied tying up the troublemaker’s ankles, Savannah sneaks the magic lasso from Wonder VeVe’s belt and ties it around her waist. Now she’s got the heroine completely helpless and under her control!
.
Savannah orders VeVe to untie her ankles and then to tie herself up. She even commands her captive to strap a ball gag in into her own mouth and then finish off the bind with the best, most inescapable knots she knows. Then, with VeVe squirming at her feet and grumbling indignantly through her gag, Savannah gloats and preens, plots and giggles, teases and threatens her new plaything with more humiliating fun to come…
.
And she makes good on her evil threats! In the next scene, VeVe is strung up, arms overhead and legs spread. Her Wonder costume has been stolen away and replaced with a tiny bikini version of the original. And her own magic lasso has now been turned into a tight and still totally controlling crotch rope. Savannah plans to display her to the whole world like this — strung up, stripped, and completely helpless to stop the villainess from spanking her, tugging and teasing the crotch rope, and generally savoring her victory however and for as long as she likes.
.
VeVe begins in Wonder Woman bodysuit and boots, then in stripped to a skimpy bikini and bare feet. Savannah wears Harley Quinn corset, pantyhose, and boots.
.
Categories: SUPERHEROINES, ROPE BONDAGE, HUMILIATION, COSPLAY, BALLGAGGED.
Keywords: wonder woman, harley quinn, gagged woman, caught, stuck, inescapable, supervillainess, helpless, following orders.
tags:superheroines fetish,superheroine porn,superheroines sex,humiliation,superheroines adult movies,fantasy,lezdom,lesbian domination,catfight,submission