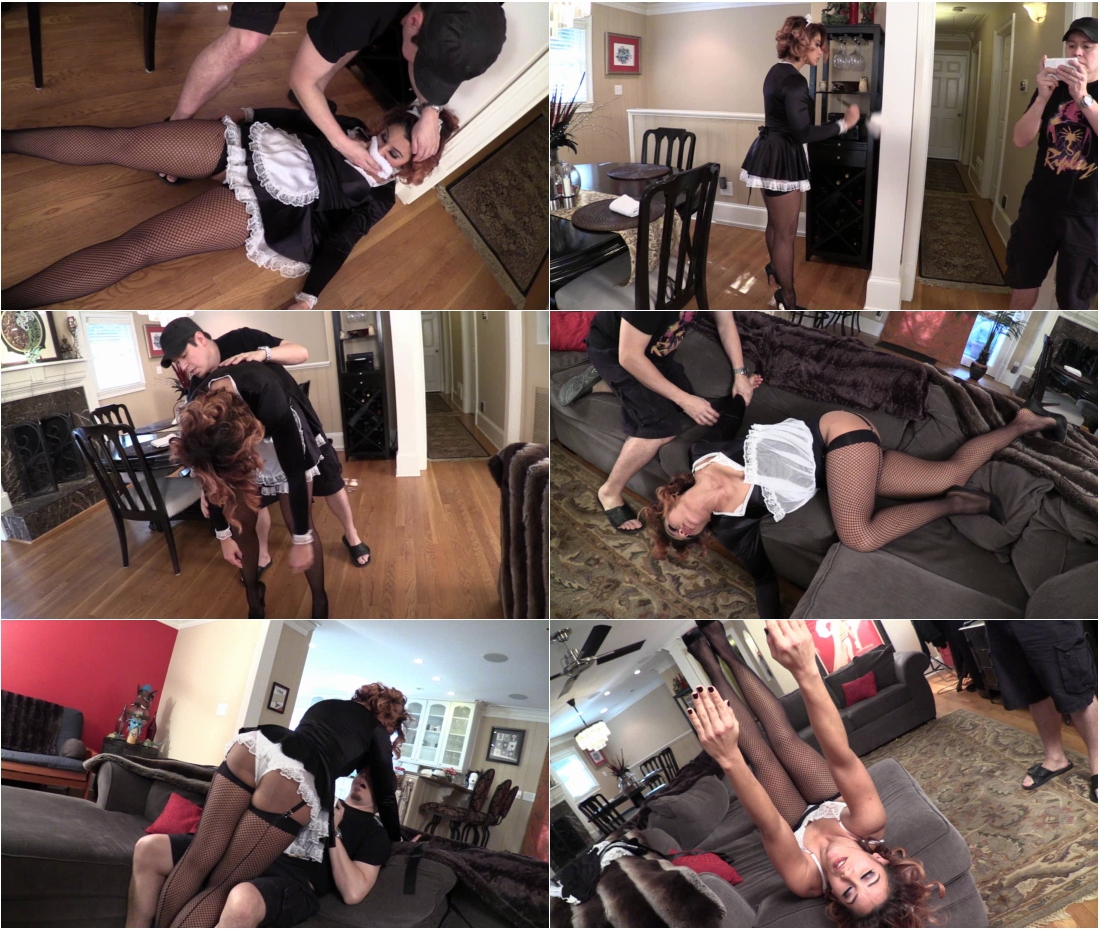 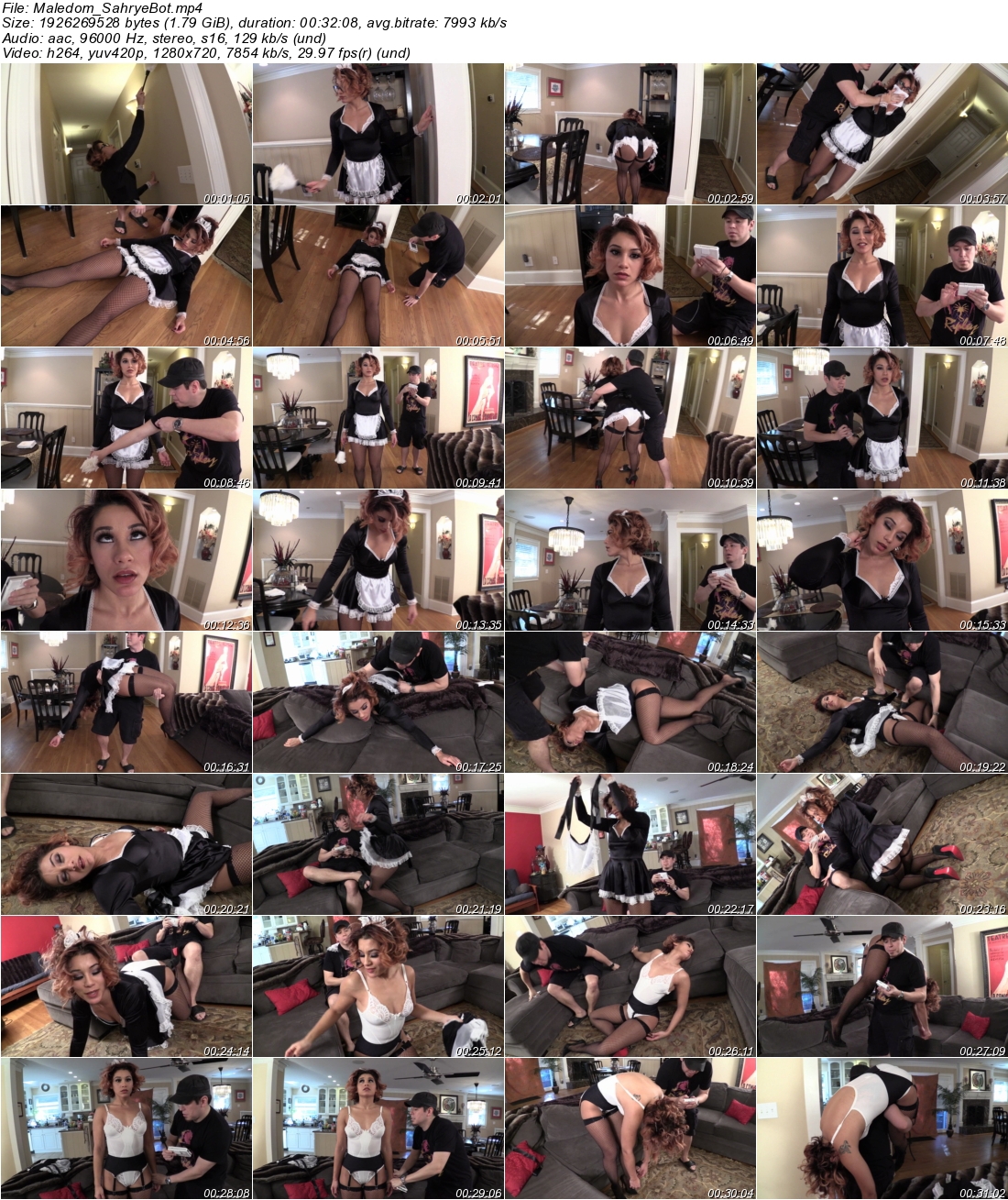 We fade in on a beautiful maid (played by the stunning Sahrye), who starts to look for things to steal as she “tidies up”. Unfortunately for her, the owner of the house (played by SK) catches her in the act. She denies it at first but SK decides to chloroform her. After putting her to sleep, he decides to re-program the thieving beauty, plugging a special device into her neck that re-wires every synapse in her brain. After uploading a few programs, the new Sahrye Bot emerges!
SK has fun with his new toy.commanding her to clean, freeze, speak different languages, freeze during knockouts, and a few other humiliating tasks.including giving her new boss man the sexiest lap dance she can manage, ALL while getting frozen, KO’ed, carried and more. Satisfied, SK freezes Sahrye and places her in the pantry for storage. Her smiling face un-moving as he closes the door, a former criminal destined to become the best maid/robot this world’s ever seen!
This movie contains chloroform KO, chloroform KO with freeze commands, neck pinch KO, sleep command KOs, neck chop KO, temple drill KO with freeze commands, strip tease dance with freezing commands, cradle carry, over the shoulder carries, posing, rag dolling
Tags:Maledom,Male Domination,superheroine,superheroines,Humiliation,storyline,story line,Mixed Wrestling,mixed fight,Submission,froced orgasm,super hero, superheroine porn,super heroines,superheroines porn,superheroines adult movies