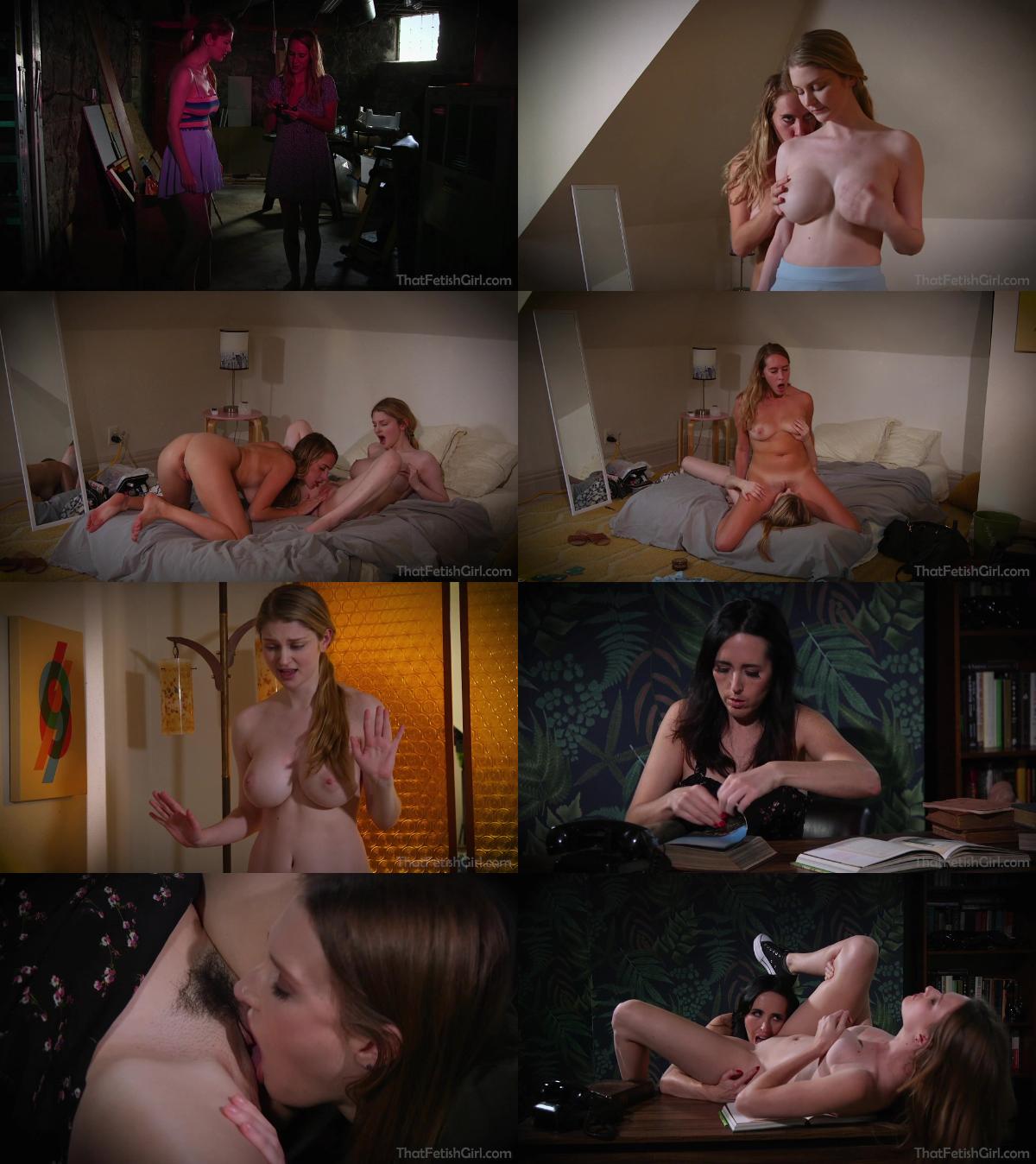 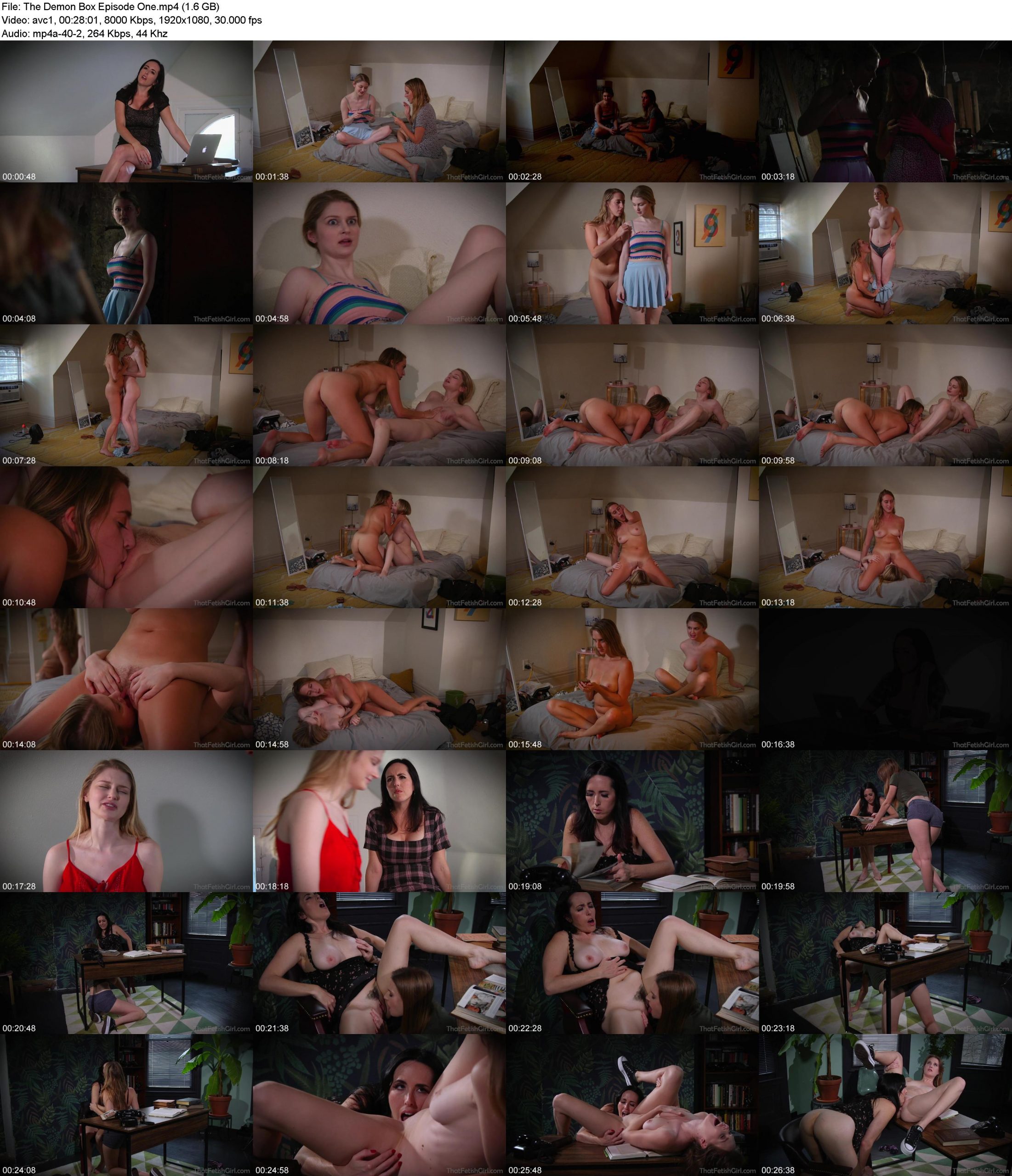 A Lesbian Possession Feature Series
In the premiere episode of our new limited series, college roommates Cadence and Bunny find a mysterious box in their basement while searching for the fusebox and Cadence becomes infatuated with it. When she opens it she becomes possessed by a sex demon spirit that takes over control of her body. When Bunny becomes concerned about Cadence’s strange behavior, the Demon puts her in a trance and uses her for it’s sexual needs, stripping her down and passionately fucking her. The next morning, Bunny awakens, confused as to why she’s naked and Cadence is naked at the end of her bed. When she sees that Cadence is sitting staring straight forward and holding the box, enough memories of the night before come back to her that she decides she needs to leave. Bunny seeks the advice of her and Cadence’s ‘Antiquities & The Occult’ professor, Ms. Comet, to whom she describes the box and Cadence’s strange behavior. Later that night as Tina pores over old books looking for information about the box, her girlfriend Ashley comes into her study looking for some attention. When Tina blows her off to focus on work, Ashley playfully climbs under her desk to lick her pussy while she works. Ashley’s distraction was enough to change Tina’s mind as she lets her girlfriend eat her pussy until she cums and then strips her down and puts her on the desk to lick her pussy as well.
Ashley Lane,Bunny Colby,Cadence Lux,Tina Lee Comet
Genre: Aliens & Monsters,superheroine porn,superheroines fetish Lesbian Domination, Magic, Mesmerize, Pussy Licking, Sensual Domination, Special FX, Stripping, Teacher, Transformation Fetish, Witchy, Lezdom