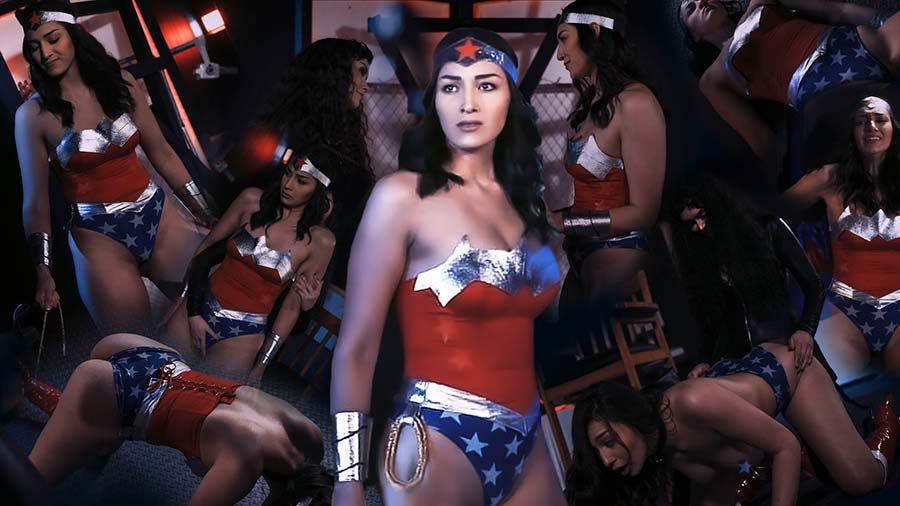 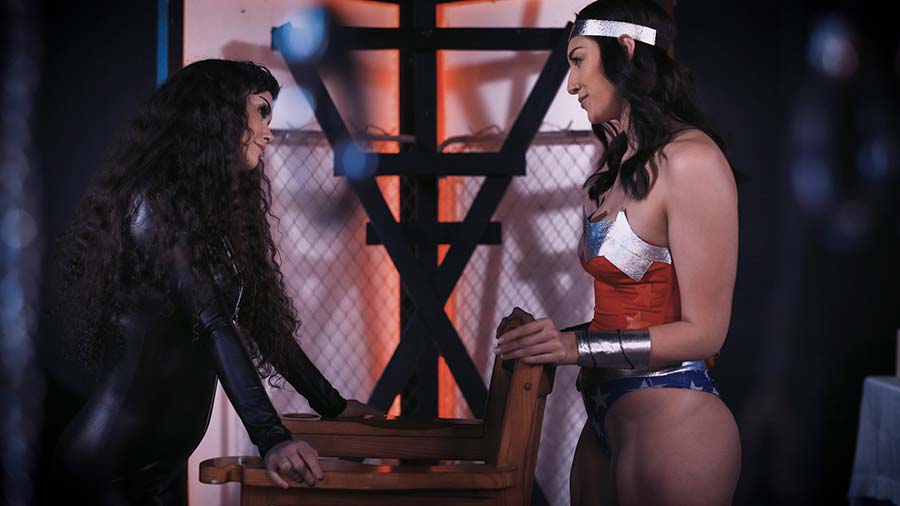 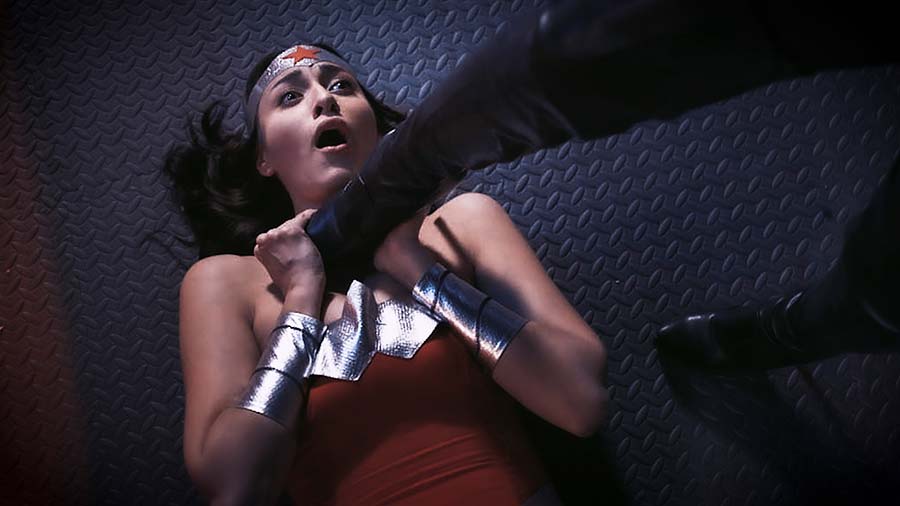 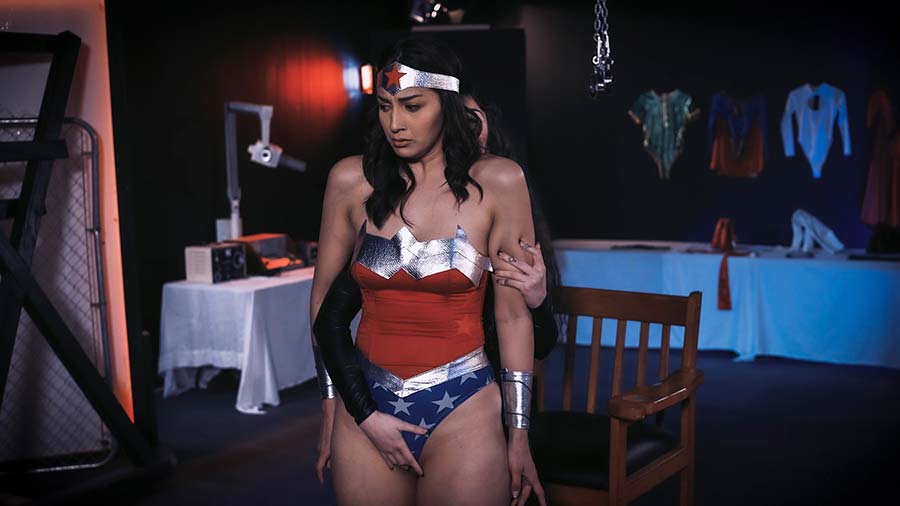 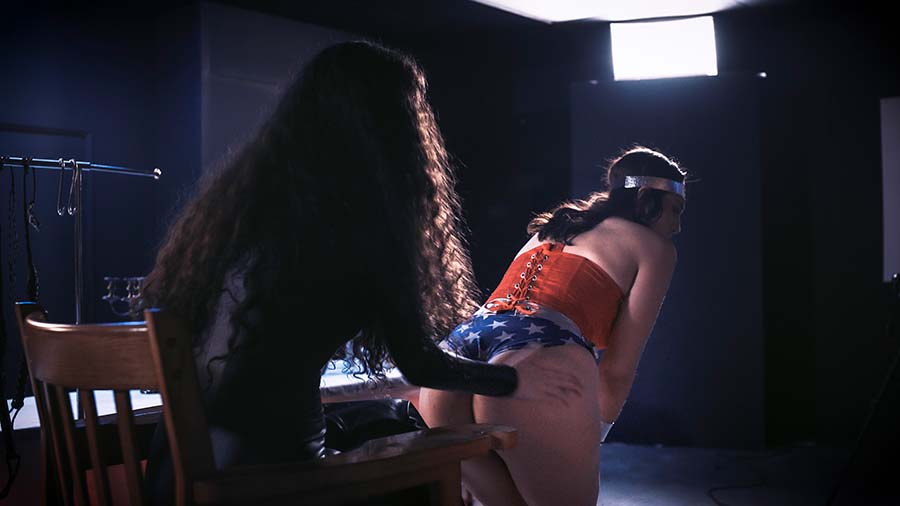 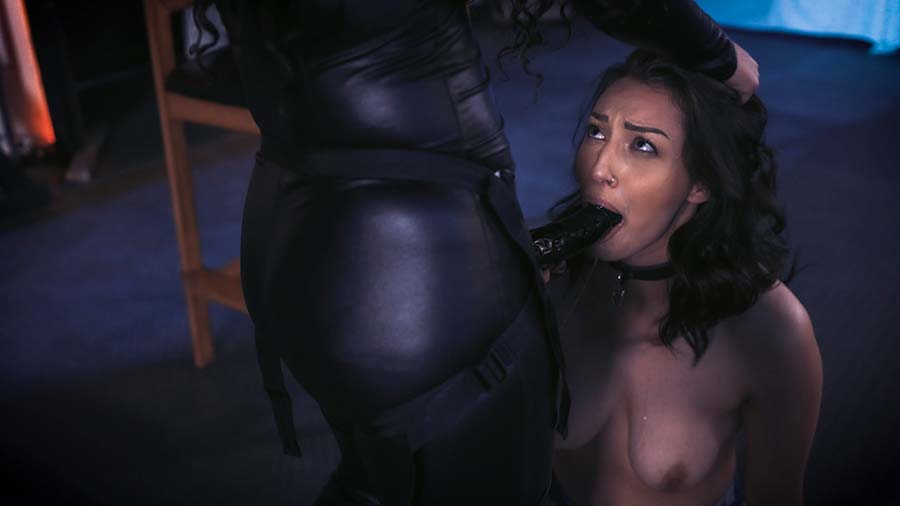 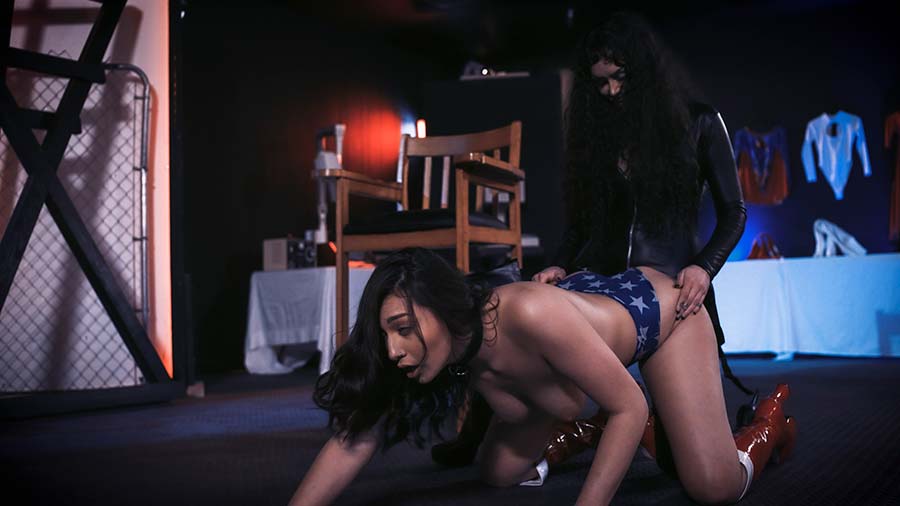 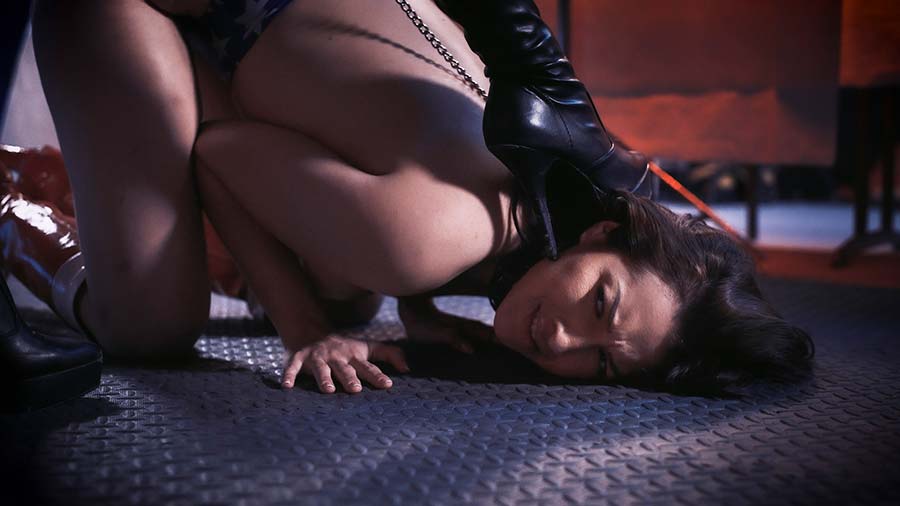 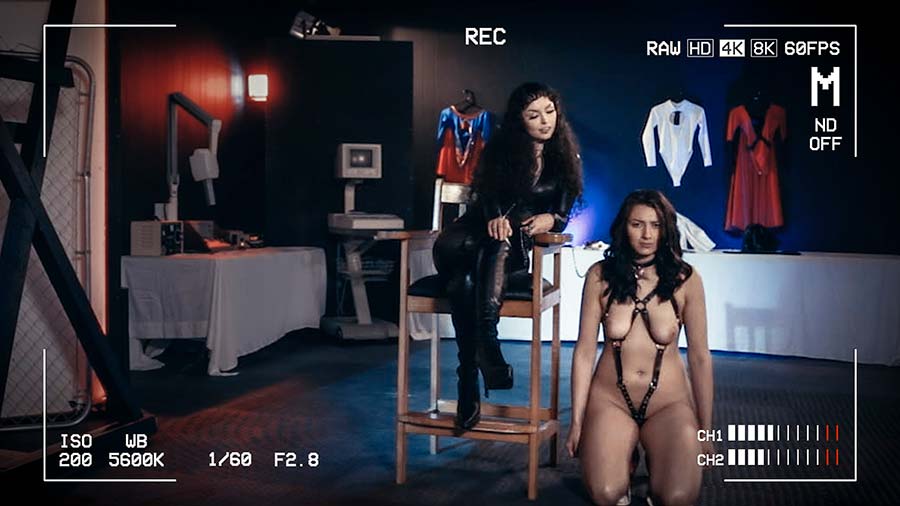 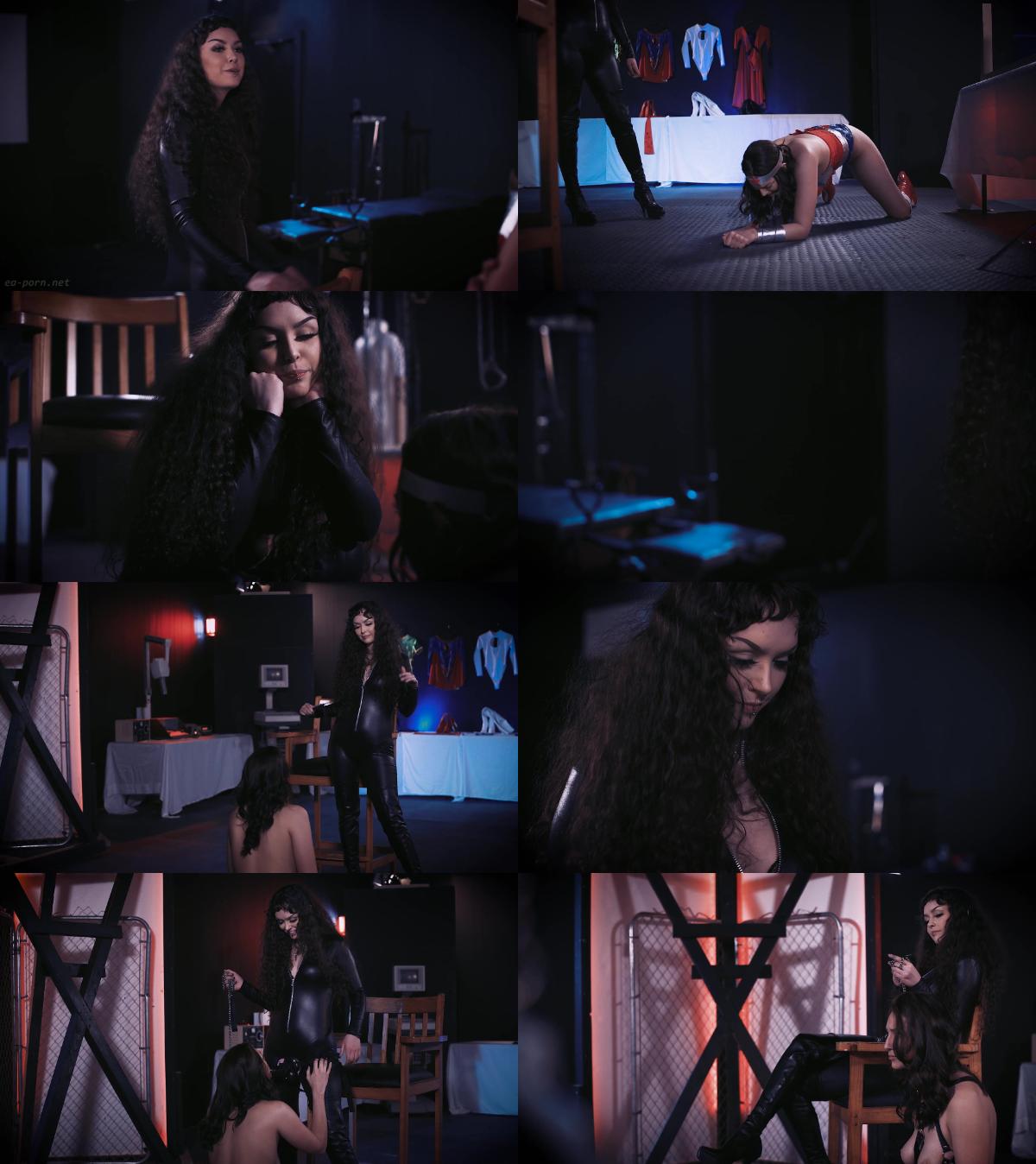 Contains: 1 on 1 female/female combat, belly punches, hammer fist, kicks, low blow, knees, back hands, heroine leashed, boot licking, heroine forced to admit submission on lived feed, riding crop whip, groping, forced BJ on strap-on, forced fucking with strap-on, forced involuntary O, secondary slave costume, reluctant stimulation from Alara’s boot on live feed
Synopsis: WW has tracked a particularly dangerous villainess who has been responsible for multiple missing heroines and most recently, a group of kidnapped scientists. She’s enters the location and discovers a trophy wall with the missing heroine’s power suits. The signs are suggesting this villainess is extremely dangerous, but WW doesn’t seem to notice. Alara welcomes WW and introduces herself. Both powerhouses face-off and it’s clear neither one is timid. After a brief exchange, they face off physically. It’s immediately clear that Alara is far stronger than WW has predicted. In fact, after capturing Alara in the lasso, the villainess flexes and the lasso breaks, a feat that greatly concerns WW. Before WW can react fully, Alara unleashes her fury and it’s not long before WW finds herself physically bested and on the receiving end of Alara’s life-threatening boot. WW has a simple choice to make. She either fully submits to Alara in every way or loses her life. WW elects to live and very soon experiences regret. Alara is ruthless and takes advantage of WW in every way possible, even forcing a public admission of WW’s submission followed by a forced orgasm administered by Alara’s boot. Find out just how disturbed Alara is as she adds poor WW to her collection.
tags:superheroine porn,superheroines fetish,lezdom fetish,lesbian domination porn,catfight,humiliation,strapon,fantasy,wonder woman