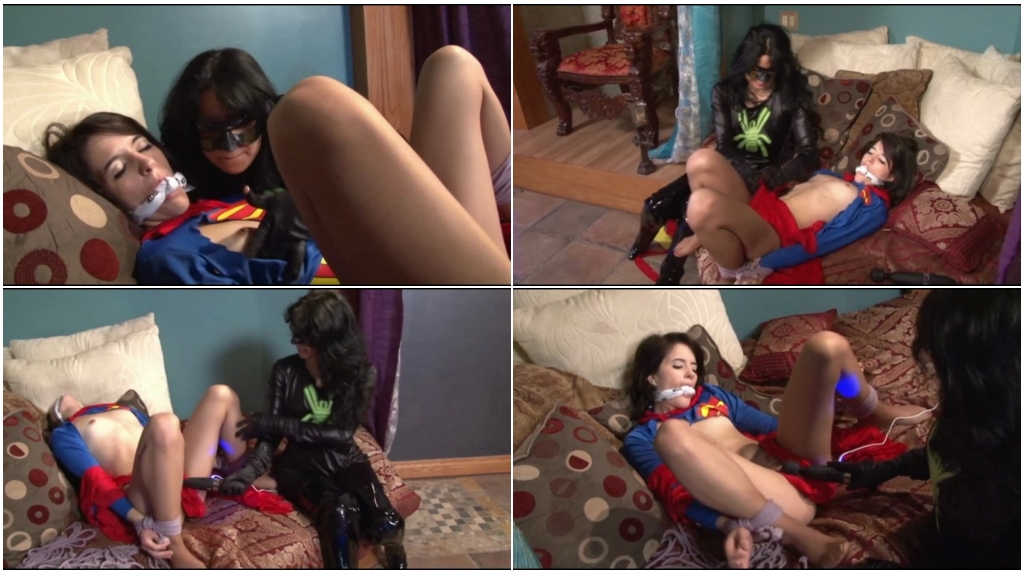 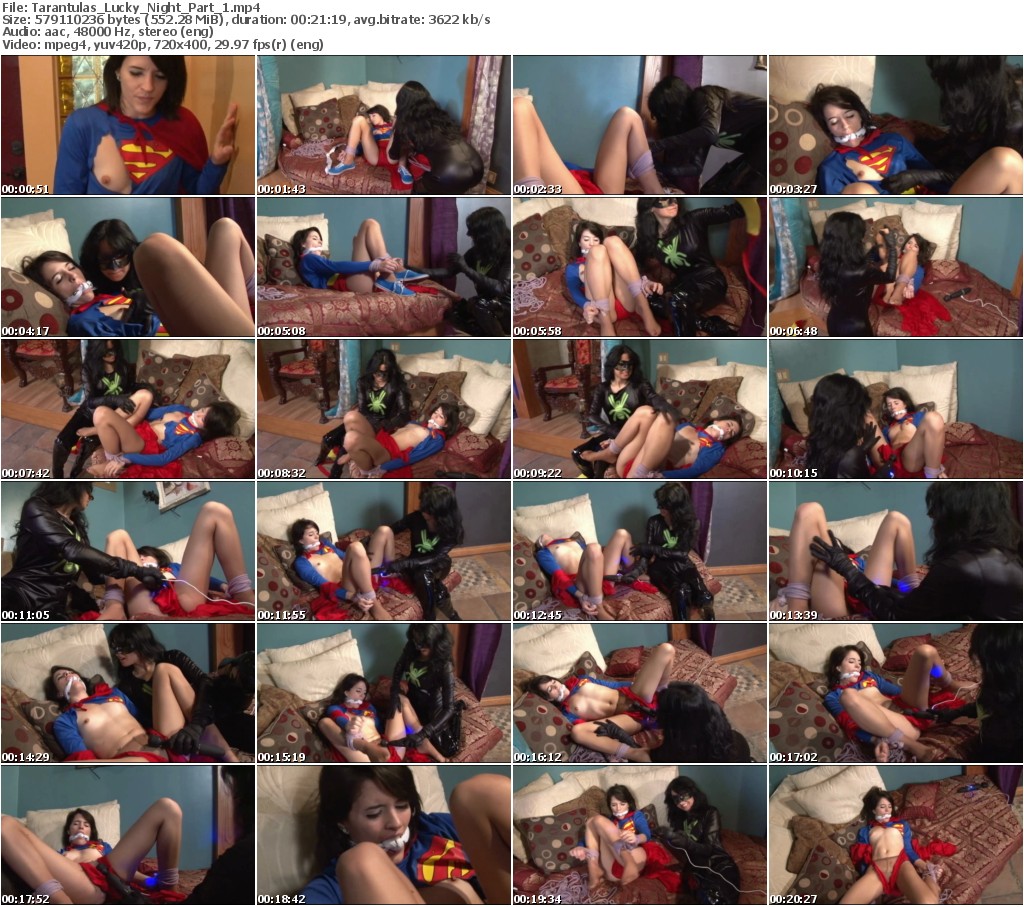 The League has a long standing training program for potential heroines. Women who have demonstrated some kind of potential but need training. Sometimes the trainees get to zealous and try their luck before they are ready. This young trainee felt she was ready, gifted with super strength she did not see the need for any more training. So she helped herself to a Super Grrl costume and off she went. The wanna-be heroine , played by newcomer Brandy Jaymes got herself into trouble and ended up bound and gagged and lost her boots. But luckily she was saved by one of her teachers. During the ensuing battle she escaped and managed to find some shoes and staggered into what she thought was an abandoned building. Brandy’s plan had been to hide until her strength was back. Then she would head back to the League. Brandy stumbled in, her costume torn, wearing a pair of shoes she found in a dumpster, her own boots gone. A she stumbled into the room she found out her luck was not going to change. Brandy had managed to walk into the notoriously evil Tarantula’s current lair! Tarantula, played by Hannah Perez, was at first alarmed but quickly recovered when she realized that Super Grrl was not herself! Reacting quickly, Tarantula jumped on the injured heroine and gave her one of her potent kisses. Brandy slumped to the floor down for the count. When she awoke sometime later she was one again bound and gagged. Tarantula was having a good time making fun of her shoes. She removed them and then began to tickle ***r Brandy. Tarantula knew Brandy was not actually Super Grrl. After some tickling fun she produced a vibrator device and began to work over ***r Brandy. Finally after the little heroine had been f***ed to have several orgasms, Tarantula left her alone. The evil villain promised to return later to continue their fun. Brandy struggled to get loose realizing her strength had returned. What was next, should she go to the League and let then take care of Tarantula or should she….
tags:superheroine,superheroines,lesbian domination,lezdom,froced orgasm,super hero, super heroines ,superwoman,super girl,super woman