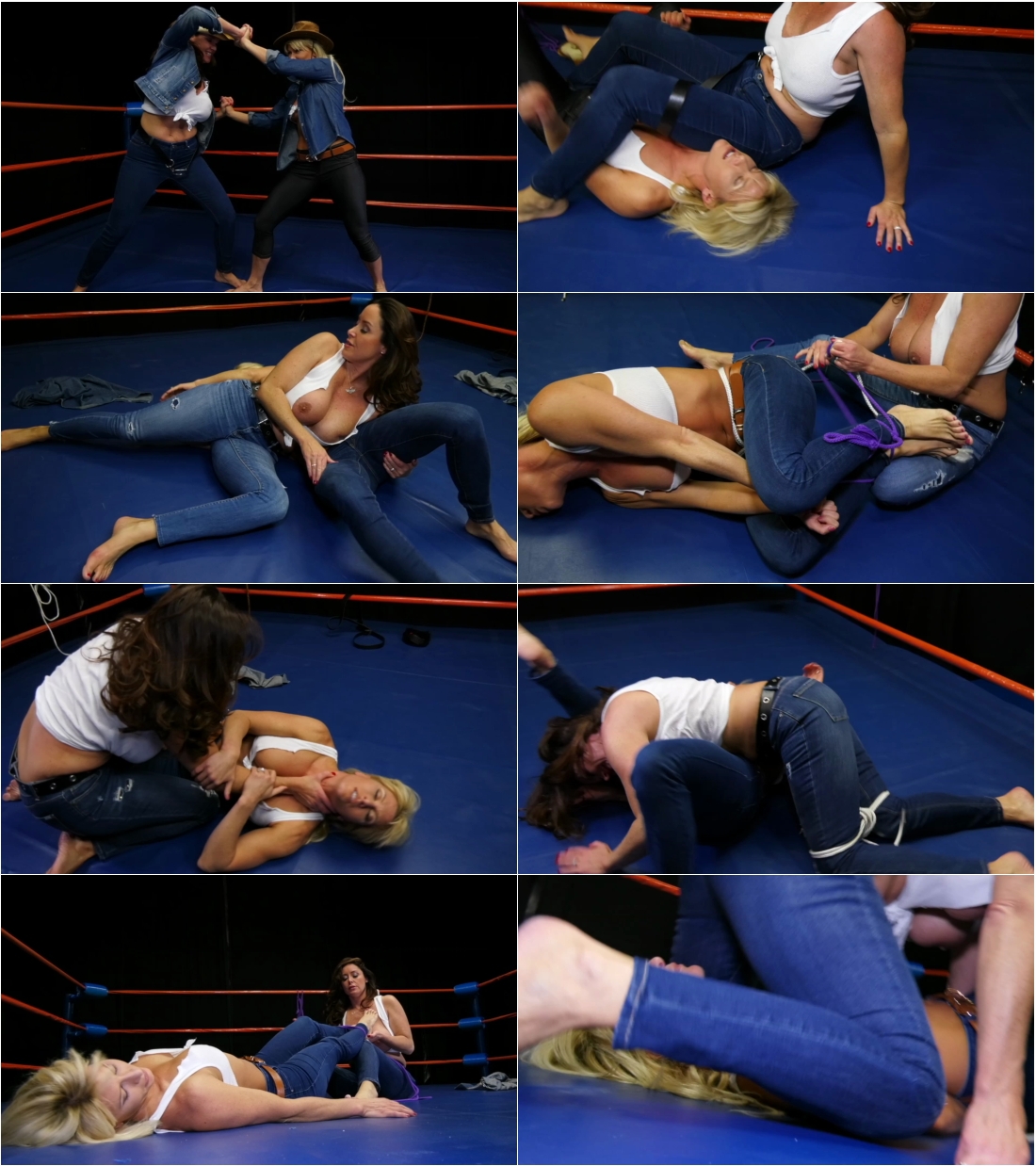 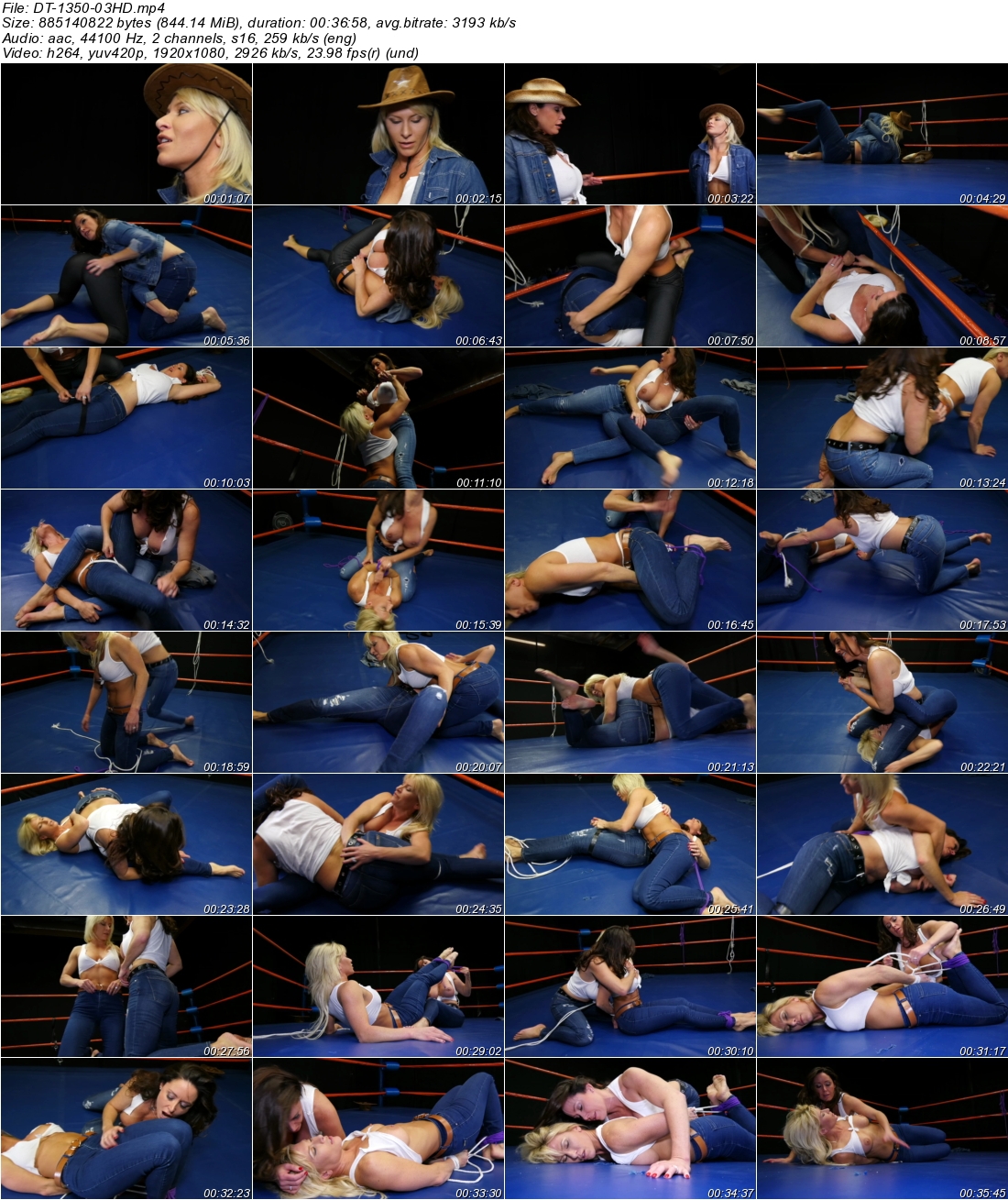 Christina Carter vs. Ariel X
Christina Carter and Ariel X are sexy cowgirls. They are wearing blue jeans and cowboy hats. This is a wrestling match with some very kinky rules. A fighter can win extra points in the match if she makes a nasty comment about how good her opponent looks in her jeans, ties her opponent up in the ropes, slaps the opponent’s ass, fondles the opponent’s ass, or removes the opponent’s denim jacket. Ariel X explains the rules with her adorable southern accent. The fight begins and Christina takes Ariel to the ground. Ariel is face down with Christina riding her. Christina yanks on Ariel’s tight blue jeans and starts spanking and grabbing Ariel’s powerful butt. The women remove each other’s jean jackets so they are only wearing jeans and tiny white tank tops. Each girl gets a chance to hog tie her foe with ropes. While each girl is lassoed and helplessly tied up, her top is pulled down to reveal large perky tits. The best part is watching the paralyzed girl struggle against the knots just so she can cover her exposed chest. If you are a fan of kinky cowgirls, jeans, and bondage, then you are going to love this video.
tags:catfight,cat fight,,female fighting,ring wrestling,female wrestling,Scissors,catfighting,cat fighting,catfight fetish,catfight porn ,lesbian domination,lezdom,humiliation,submission,forced orgasm,facesitting,spanking,lesbian bondage,slave,slavery,mistress,enslavment