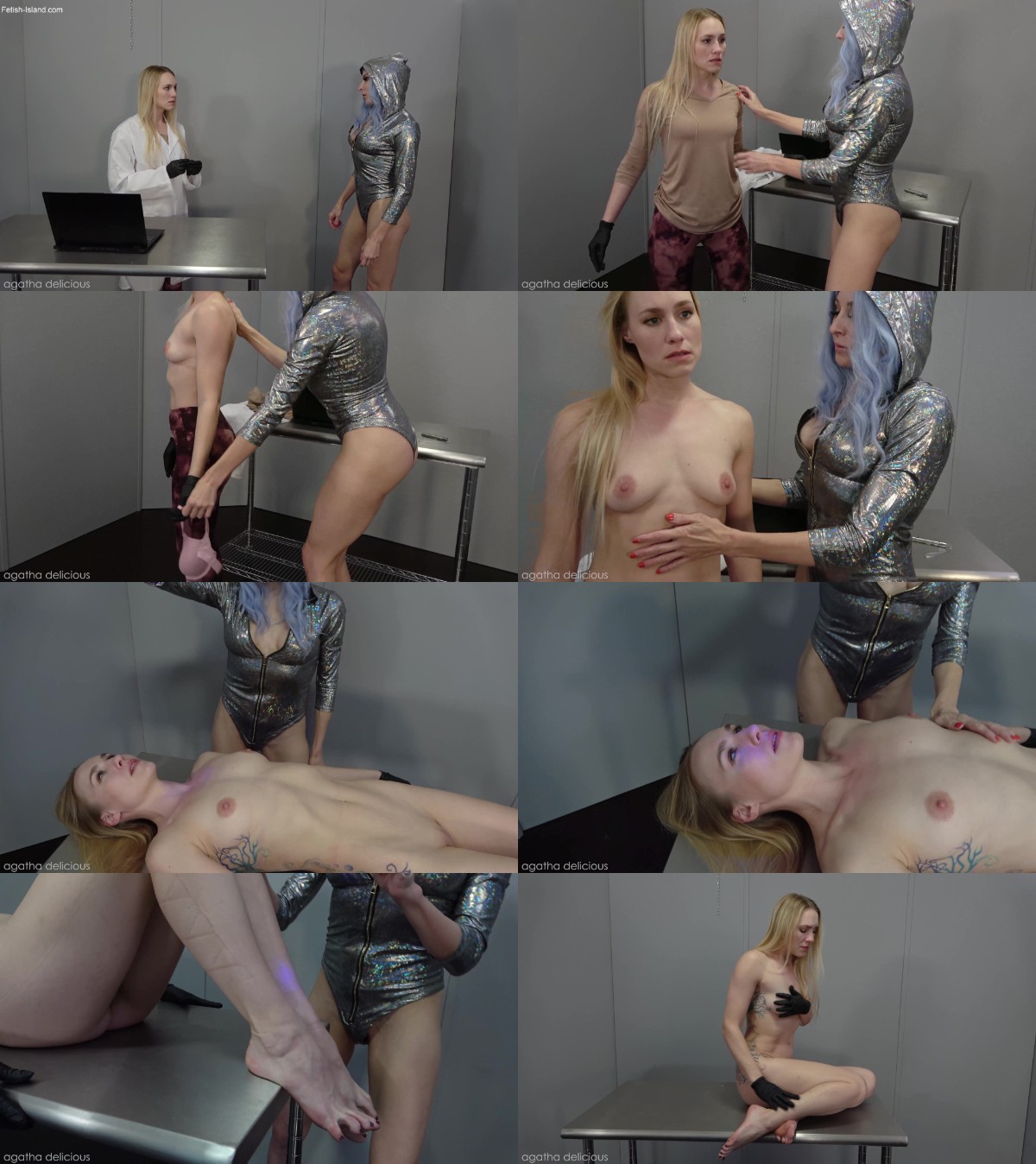 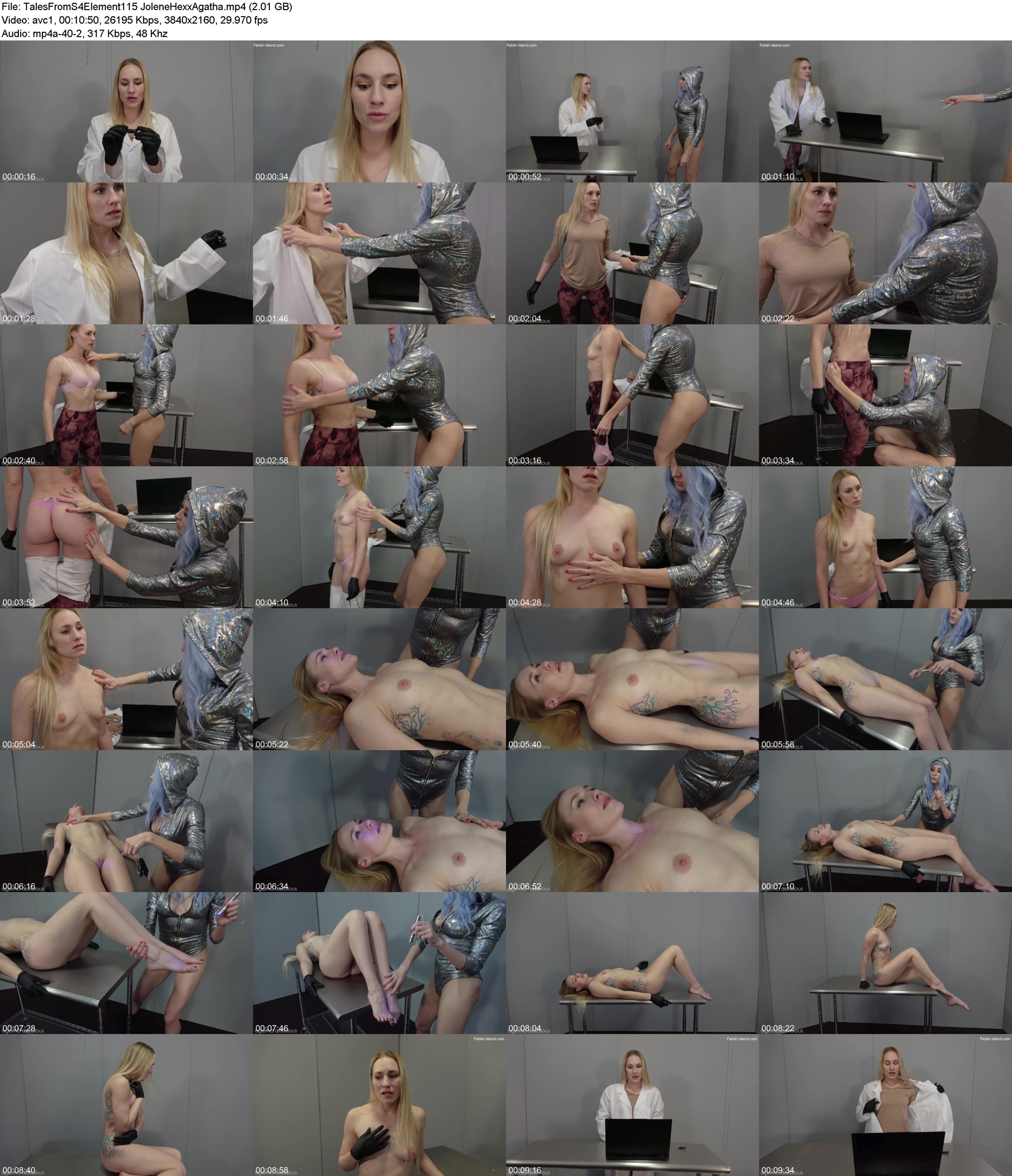 Scientists at Area 51, specifically the S-4 sector, discovered that the atomic super heavy Element 115, (moscovium) served as a nuclear fuel source for a UFO that crashed on Earth decades ago. However, they had no way of knowing how it was used. Dr. Jolene Hexx has now figured out how this element can be used as fuel. She is very excited about her findings, but there are extraterrestrials who are not. When Jolene starts to document her findings, she is visited by a Hubrid, a half Grey alien and half Human, (Agatha Delicious). This alien does not think that the human race is ready for such technology. The alien has, however, found that being half human and on this planet is quite stimulating, sexually. The alien uses a special laser to control the Doctor, making Dr. Hexx loose her ability to control her thoughts or orgasmic urges and she is sleepily stripped and groped. The alien applies the laser to Jolene’s crotch, making the doctor’s release even more intense. The alien enjoys toying with the doctor’s body and controlling her mind. The alien then ensures that every time Dr. Hexx mentions element 115 she will forget all of her finding and become aroused. After the alien leaves, Jolene Hexx has no recollection of what happened. But when she tries to explain her findings to her colleagues, she very shamefully looses all control and starts to orgasm again.
Category: SCI FI ALIENS & MONSTERS , ORGASM CONTROL , MAGIC CONTROL , MIND FUCK , MESMERIZE
Keywords: jolene hexx , agatha delicious , sexual control
tags:superheroine porn,superheroines fetish,humiliation,superheroines adult movies,fantasy,lezdom,lesbian domination,catfight