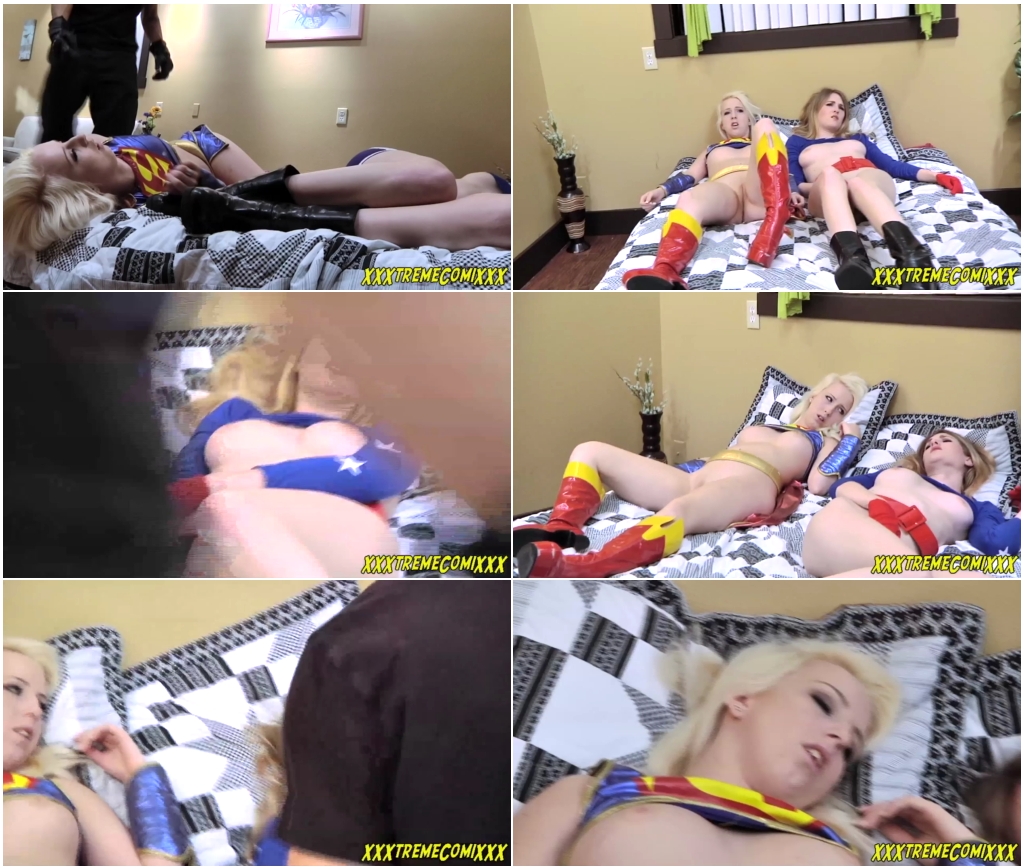 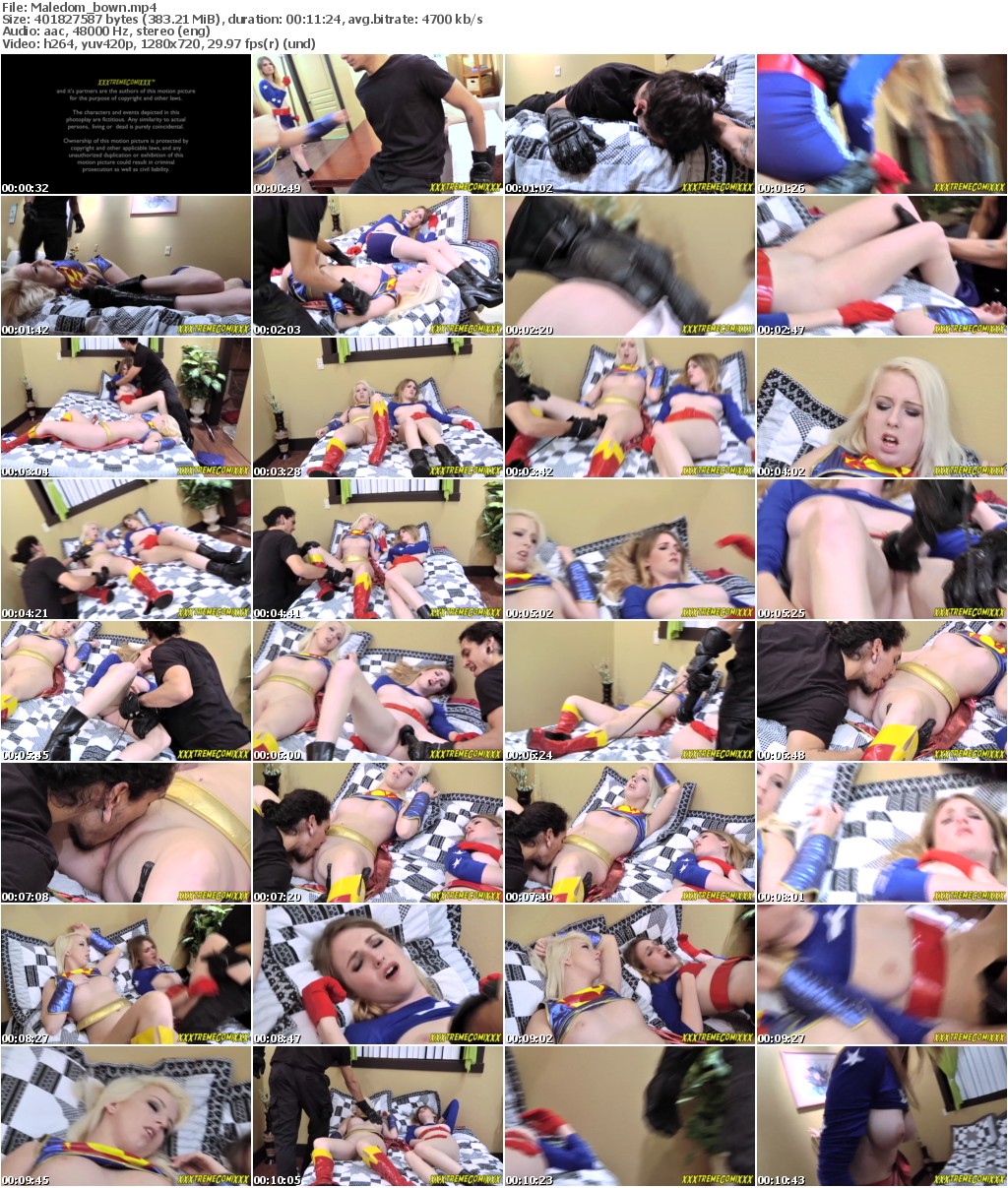 Supergirl and Stargirl are fighting an evil henchman. For a minute, they’re winning. Stargirl blasts him with her cosmic rod and Supergirl tosses him onto the bed. But now he’s pissed. He changes the settings on his gloves and punches them both down, then he breaks Stargirl’s cosmic rod in half!