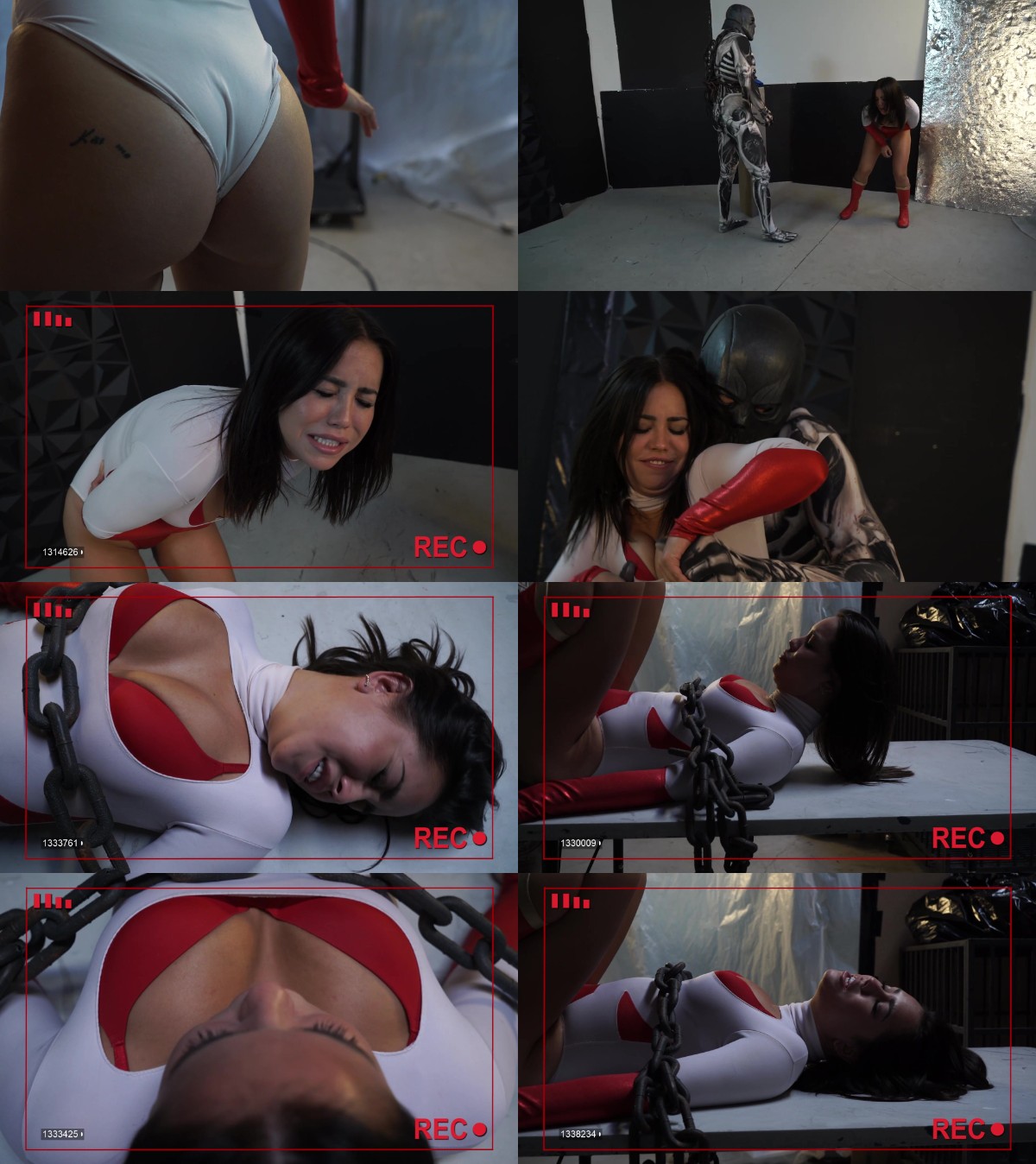 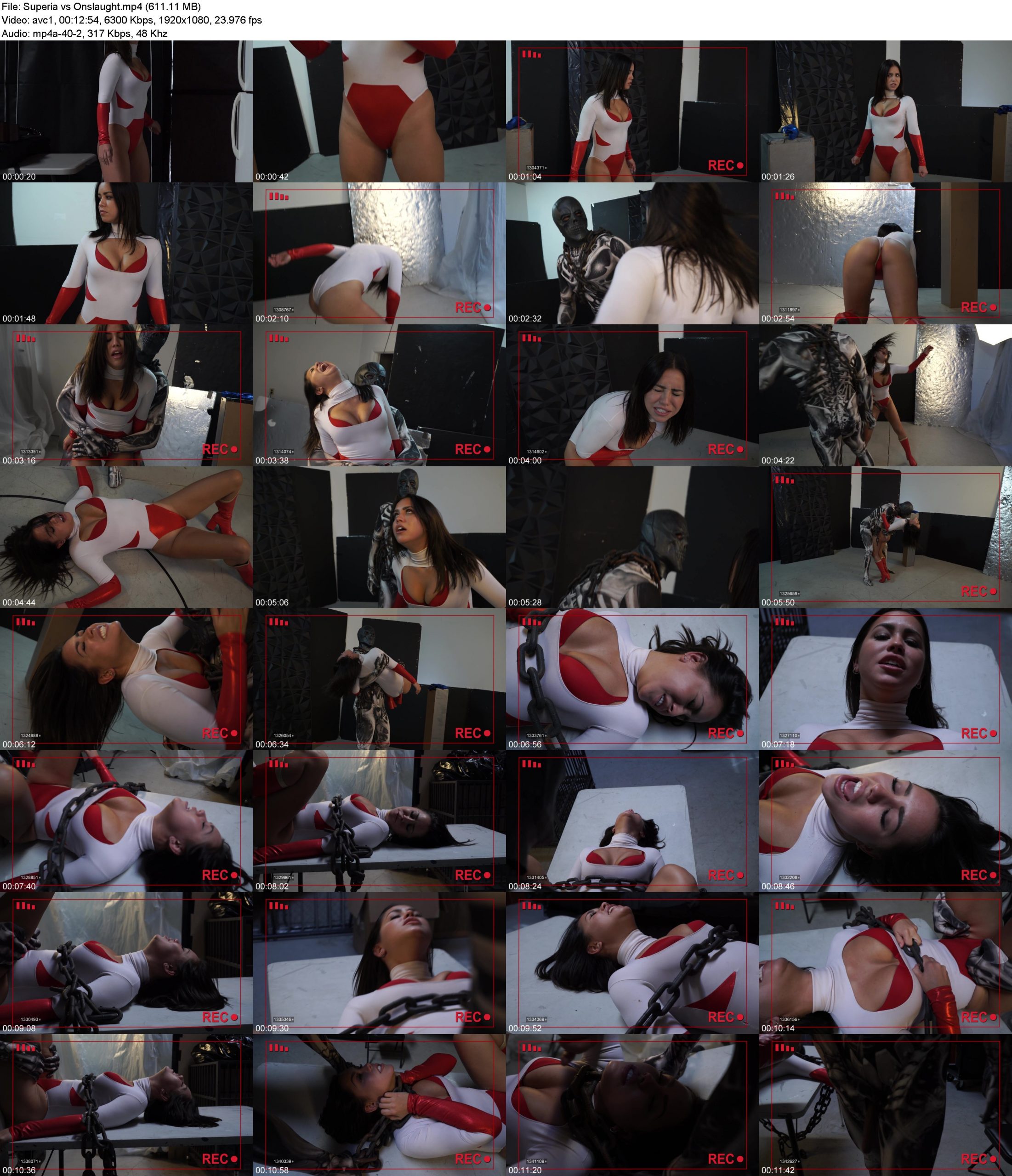 Superia arrives on the scene to save UltraGirl and lets the Professor know that she means business. The overconfident heroine underestimates Onslaught and finds herself with broken bones. Never feeling pain before Superia panics and is unable to cope with Onslaughts never ending attacks. Superia is knocked out and her powers are drained on camera while Onslaught pumps his toxic seed into her. Once completely drained Onslaught finishes off Superia and goes another round with her previously virgin body. (Contains beat down, bearhugs, back breaker, KO, forced orgasm, cradle carry, light bondage, forced sex, lower nudity, and death ending.
tags:superheroine porn,superheroines fetish,superheroines adult movies,fantasy,alien and monsters