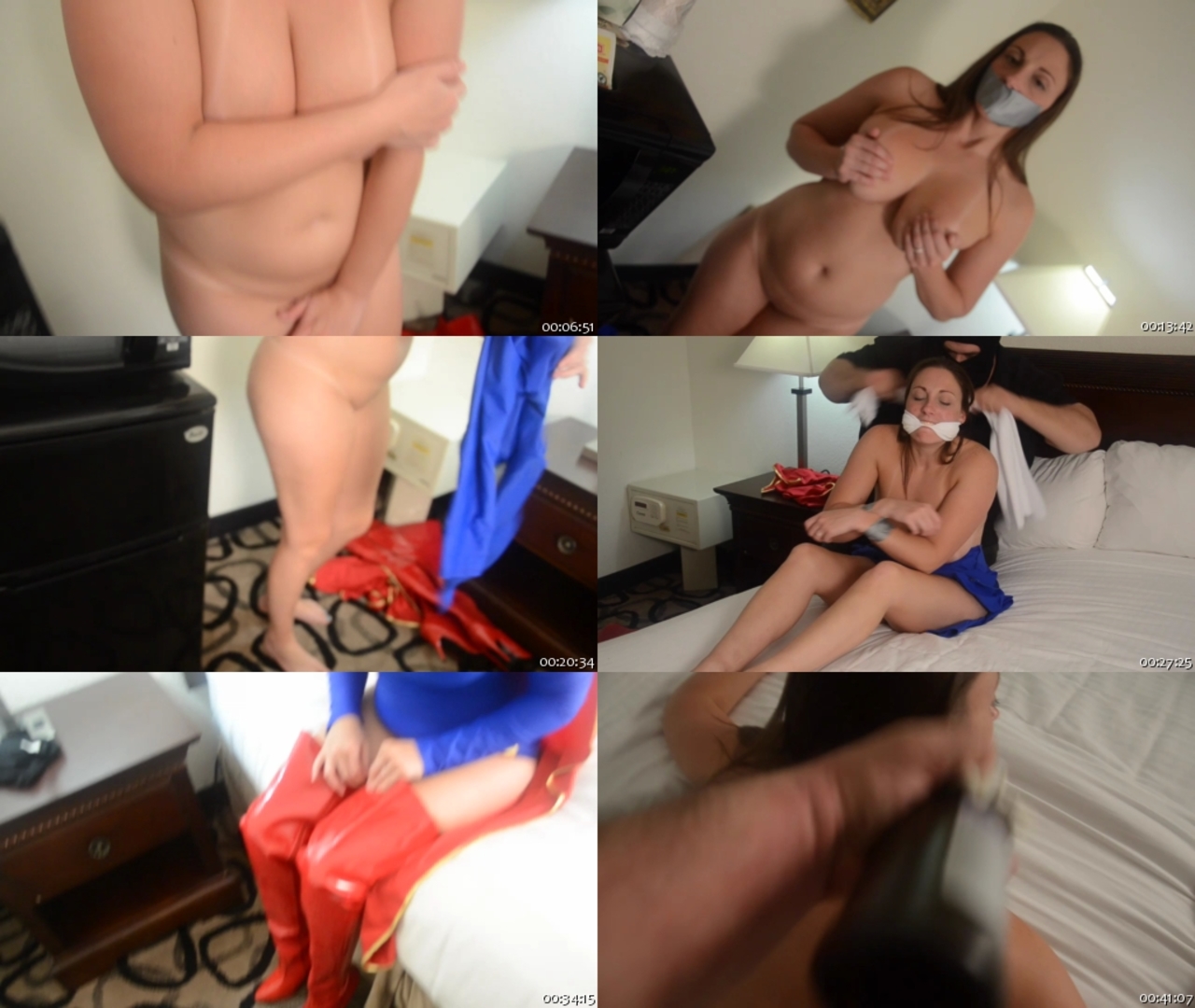 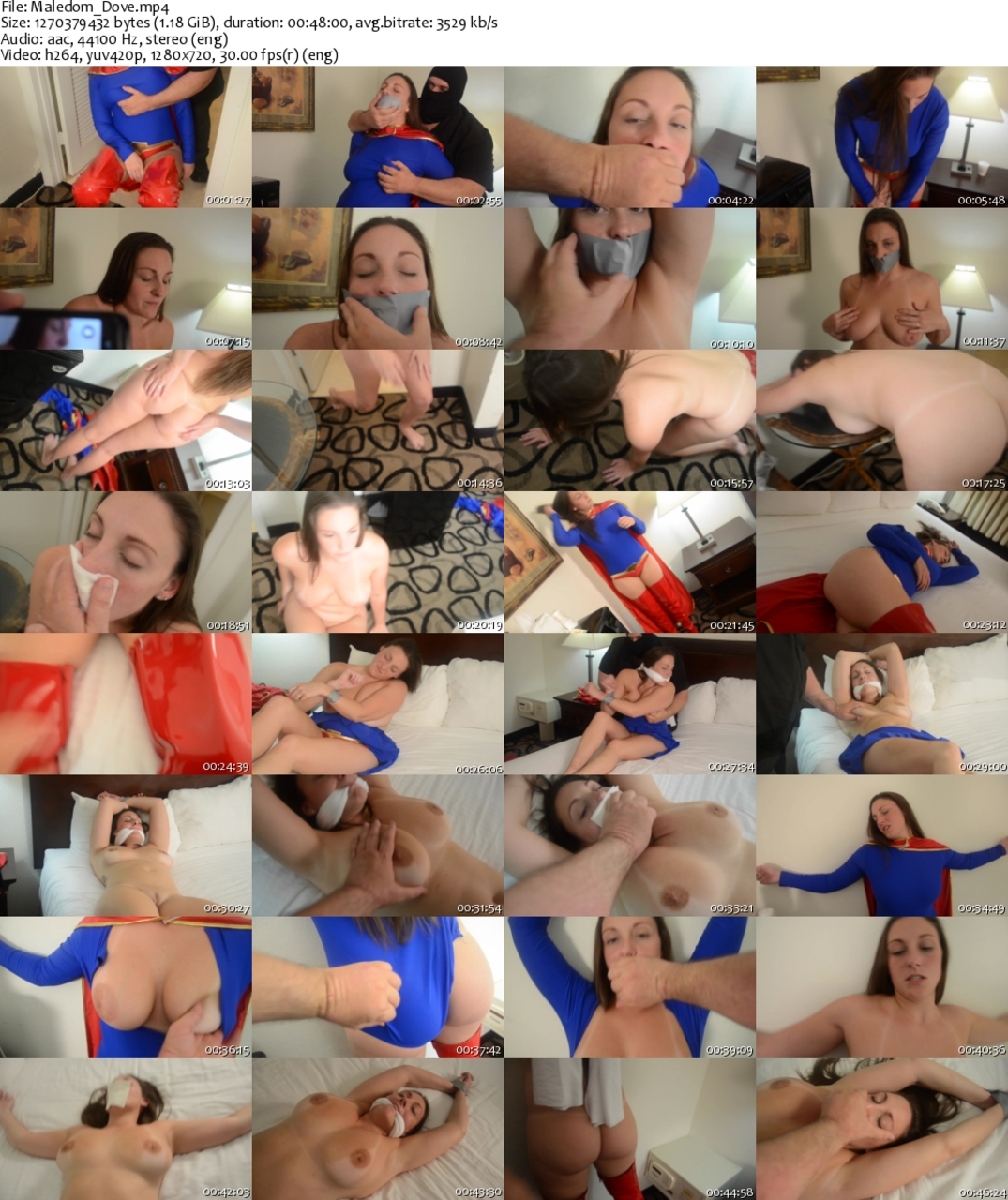 Blue Dove enters the white slavery hideout and searches for the missing girls, but soon her arrogance causes her to announce herself and call out the fiends! She is suddenly attacked from behind and a chloro cloth is firmly clamped over her face! As the super damsel “MMMMMPH”s and struggles against her attacker her big all-natural boobies are groped as well as her sweet plump buttcheeks! Slowly the chloroform fumes sap her strength and she eventually loses the battle! With rolling eyes and fading protrests the caped cutie becomes limp and is lowered to the floor where she is fondled while unconscious.

Blue Dove is then subjected to bondage & chloro torment throughout her ordeal, including humiliating treatment where she is gagged with duct tape, then forced to strip naked and grope herself while GAG TALKING! She is also forced to get on all fours and crawl around the room while gagged, only to be verbally humiliated and chloroformed again for her subservience!

When she awakens she puts her costume back on and tries to use her special communicator to call in other superheroine sisters to help her, but the desperate super damsel gets smothered yet again by the chloro cloth before she can summon help!

Blue Dove is debooted, then cleave gagged, stripped naked again and heavily groped (including pussy rubbing) as her captor teases her about being his helpless super damsel! Finally after some fierce “MMMMMPH”ing and naked struggling the humiliated captive is chloroformed once more!

In the next story Blue Dove has returned from a long day of battling crime and is preparing to remove her costume when a super villain bursts in and confronts her! After some tough talk by the super beauty she’s suddenly put in her place by a telekinetic attack and pinned up against the wall, her arms restrained by psionic bonds! As she is interrogated by the Master villain she remains defiant so he uses telekinesis (by waving his hand) to rip her costume open! He delights in groping her all-natural breasts as she squirms in bound humiliation!

Angered by the lies coming from his super captive the Master rips more of her costume apart with more psychic attacks! Eventually Blue Dove’s costume is completely shredded! The Master removes the tattered remnants to strip her naked (except for her boots) and uses his powers to force her onto the bed! Pinned down and naked the super damsel endures humiliation, handgags, molestation and chloroform smothering!

When she wakes up Blue Dove finds herself cleave gagged and bound with duct tape! Her pussy is rubbed by the fiendish Master who taunts her with humiliating comments as she “MMMMMPH” mightily! Eventually her cleave gag is removed and she endures more handgag torment and heavy groping!

Finally the naked super heroine is menaced by a strange device that the Master reveals!