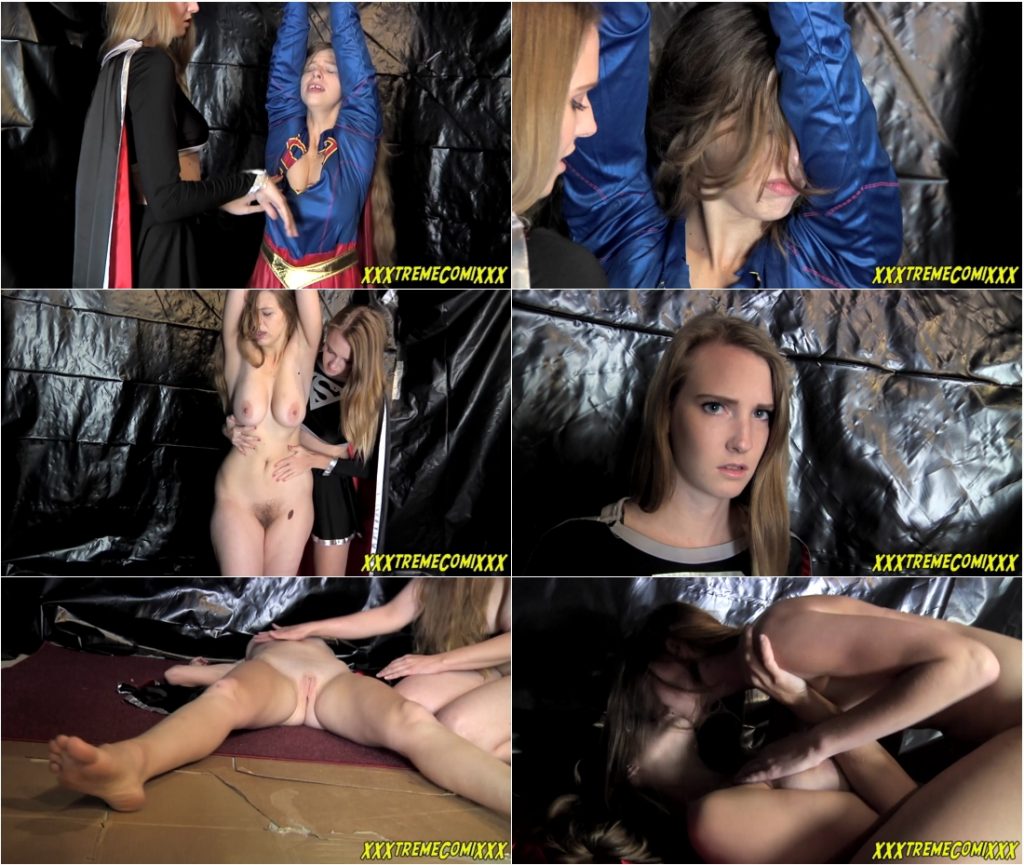 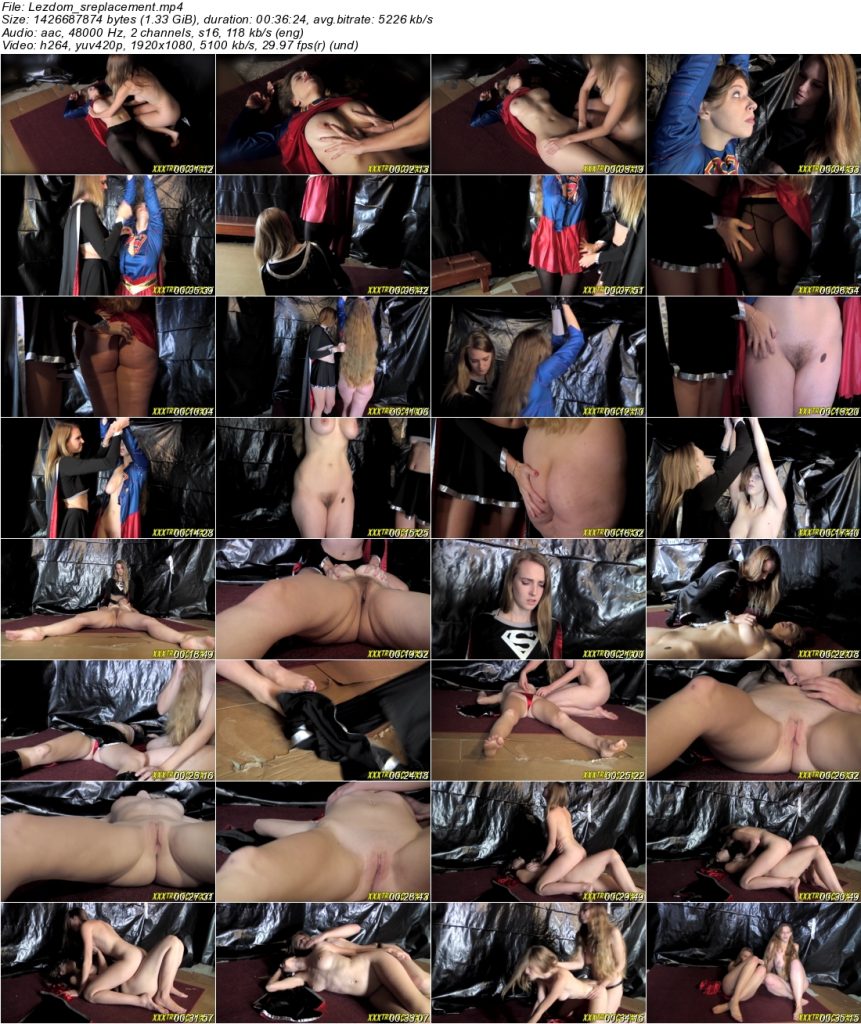 STARRING: Ashley Lane, Birdy
Supergirl must be having a nightmare. She finds herself lying in a strange place, unable to move, with a naked woman stripping her of her uniform, squeezing her gigantic tits and probing her hands between the hero’s legs to caress her innocent pussy. Then she awakens to find that reality is so much worse. Her shackled arms above her head, she hangs, powerless, being threatened by an unknown adversary. The nameless villain wishes to humiliate Supergirl, and has arranged an untraceable video stream to broadcast her debasement to the entire world. Ripping the fallen heroine’s costume to shreds, she exposes the young woman’s body, her full tits, luscious ass and tight pussy, to those who once considered her a champion. Even more degrading is the way Supergirl begs and pleads for it to stop, particularly as the villain abuses her sensitive breasts, squeezing and tugging on her nipples savagely. Beaten and disgraced, Supergirl is released, her weak and naked body laid out for all to see, as she, and her now tender bosom, are subjected to further torture. But all is not as it seems. It appears that the anonymous villain is only a puppet, and an unseen master is pulling the strings. Supergirl lays the black-clad villain on the floor and strips her of her costume. Unable to control their actions, they kiss and fondle each other, the world witness to Supergirl’s embarrassing lesbian adventure. She puts on a strap-on and, mounting the other woman doggy style, gives her a rough fuck, achieving a modicum of revenge in the process. Soon, both are exhausted by their mortifying act, knowing that the world is watching, but there is nothing either one can do. They tiredly and tenderly take consolation in each others arms.
Fetish Elements: Explicit Sexual Content, Nudity, Nipple Twisting, Costume, Superheroine, Stripping, Disheveled, Clothes Ripping, Costume Destruction, Fondling, Kissing, Boots, Pantyhose, Lesbian, Bondage, Arms Overhead, Crying, Pleading, Strap-On, Body Play, Body Views, Foot Views
Presented in 1920X1080 High Definition MP4 Format
Category: SUPERHEROINES
Related Categories: BONDAGE, STRAP-ON, LESBIAN, NIPPLE PLAY
Keywords: BONDAGE
tags:superheroine,superheroines,lesbian domination,lezdom,story line ,storyline,froced orgasm,submission,humiliation,super hero, super heroines ,superheroines porn,superheroines adult movies,Ashley Lane, Birdy