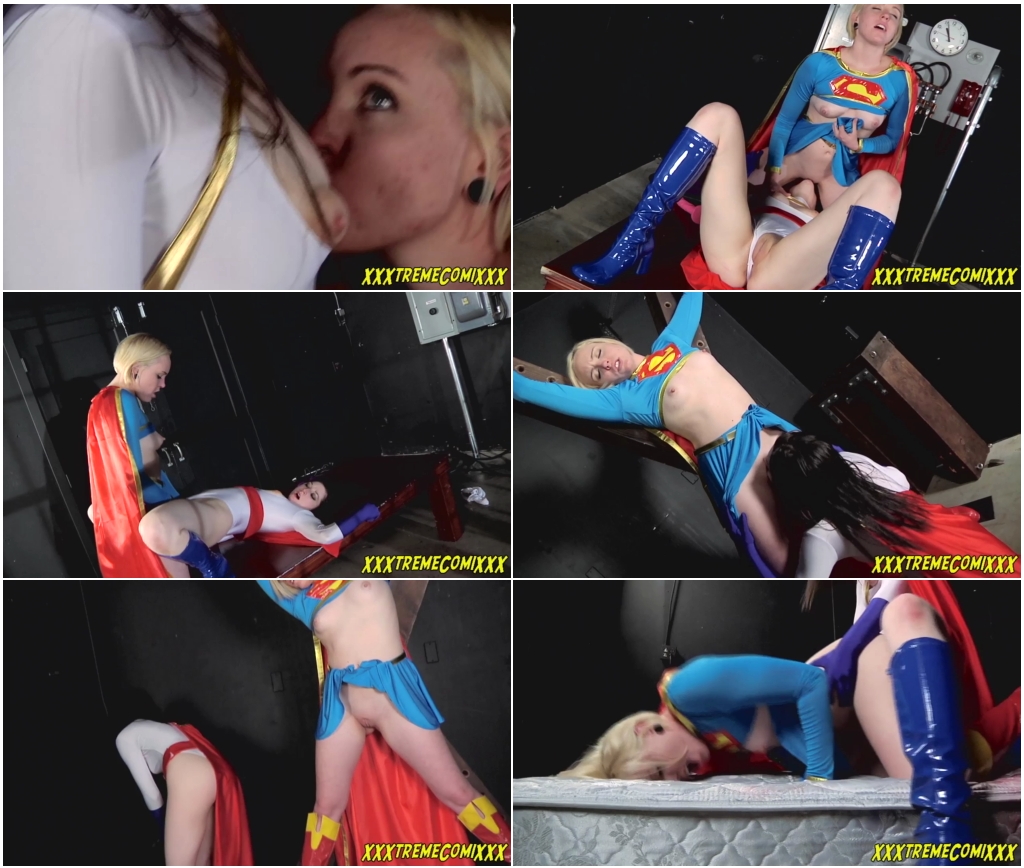 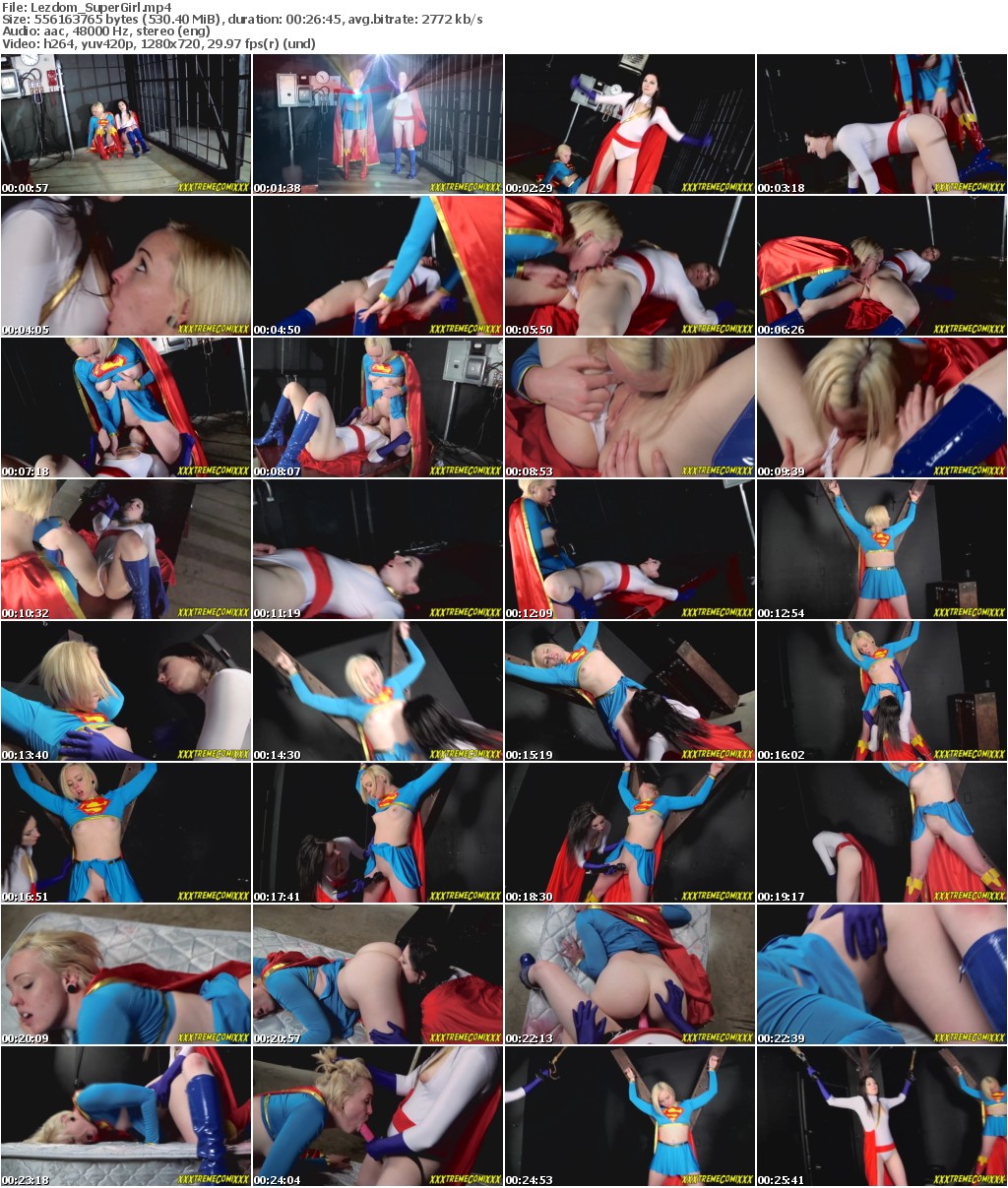 Supergirl and Powergirl have been captured by a malevolent super entity. Trapped in a dark and scary dungeon, they awake demanding to be released. A voice sounds from above and tells them to do whatever he says to be released. They stand firm and tell him they will not, so he zaps them with a celestial electricity beam, they collapse, still Supergirl refuses to play his game, Powergirl however, doesn’t seem to care and punches her friend in the back of the head.

Supergirl falls and Powergirl starts to wail on her, she presses her boot firmly on the weakened heroines chest, then starts to pose for disembodied voice. Supergirl recovers from the attack, and rises to her feet, clenching her decides to give Powergirl a lesson in humility and punches her in the face, then again and again, then punches her in the belly. She throws her on the ground and starts to spank her.

Powergirl demands to be freed as she has won, but their captor doesn’t seem to care, he zaps them again. They awake each strapped to their own cross, powerless and waiting for whatever the collector wishes to do with them.