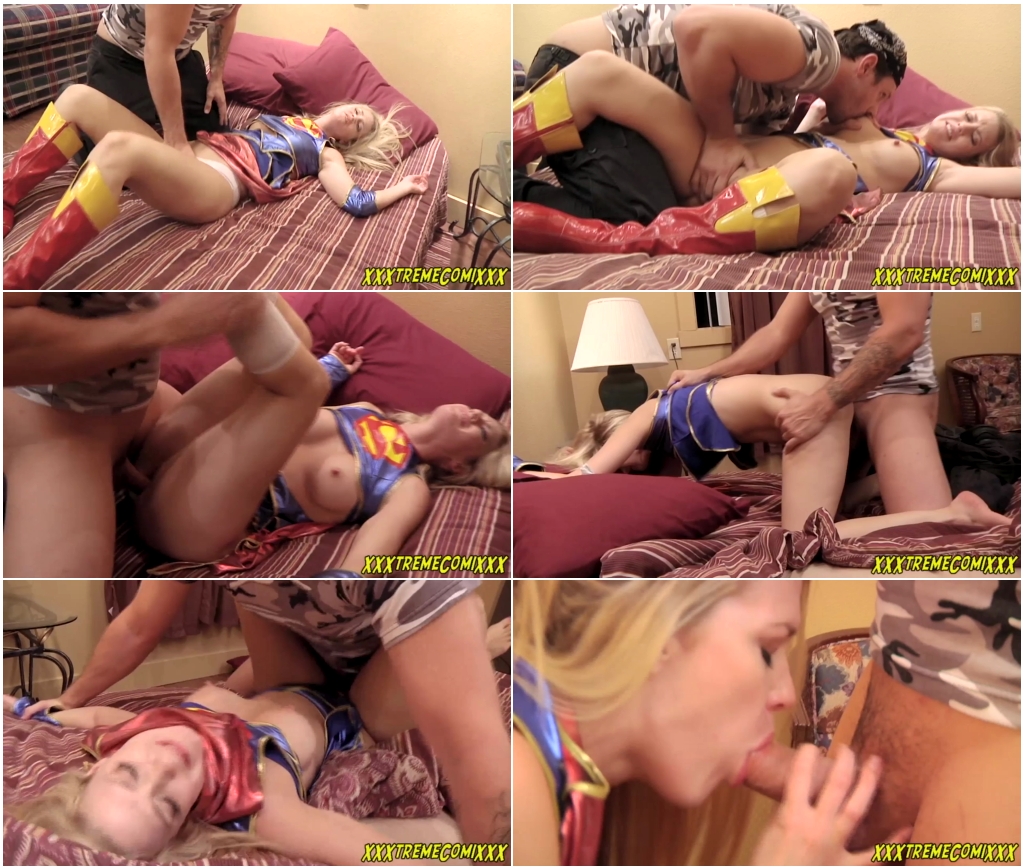 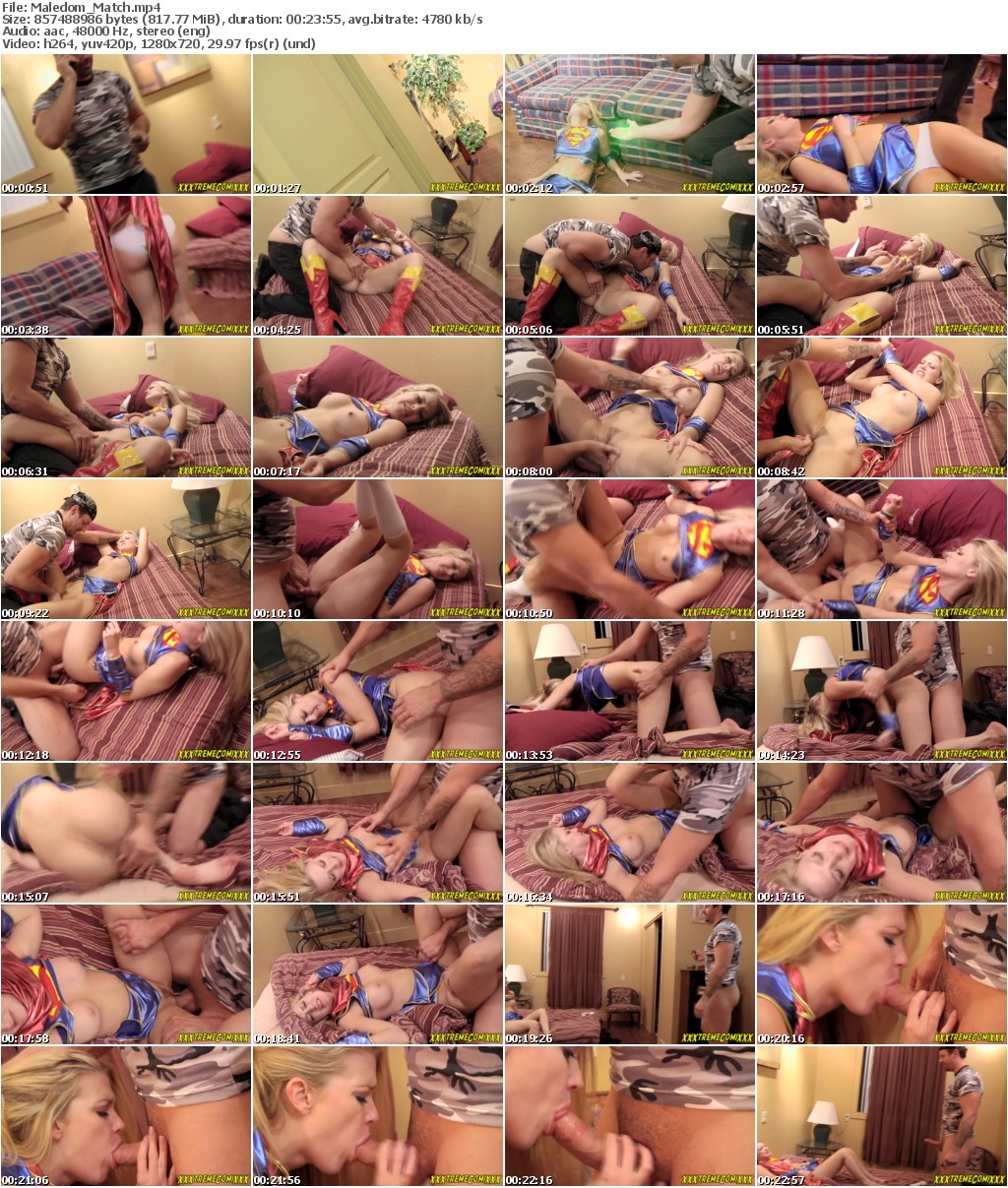 Starring Alexandria and David
A villain has placed explosives all around the city, and will detonate them unless he is given a large sum of money.

Supergirl rushes to the rescue and jumps the guy. In defense, he shoots at her, each shot bouncing off her chest of steel, she runs up and grabs him, but he tells her that he will detonate the bomb, so she uses her freeze breath, freezing the detonators circuits and starts punching the villain.

The villain reaches into his pocket and pulls out a piece of kryptonite, weakening the heroine enough for him to get in some crippling punches. He picks her up and throws her on the bed, disheveling her costume. He starts to finger the heroines tight pussy.