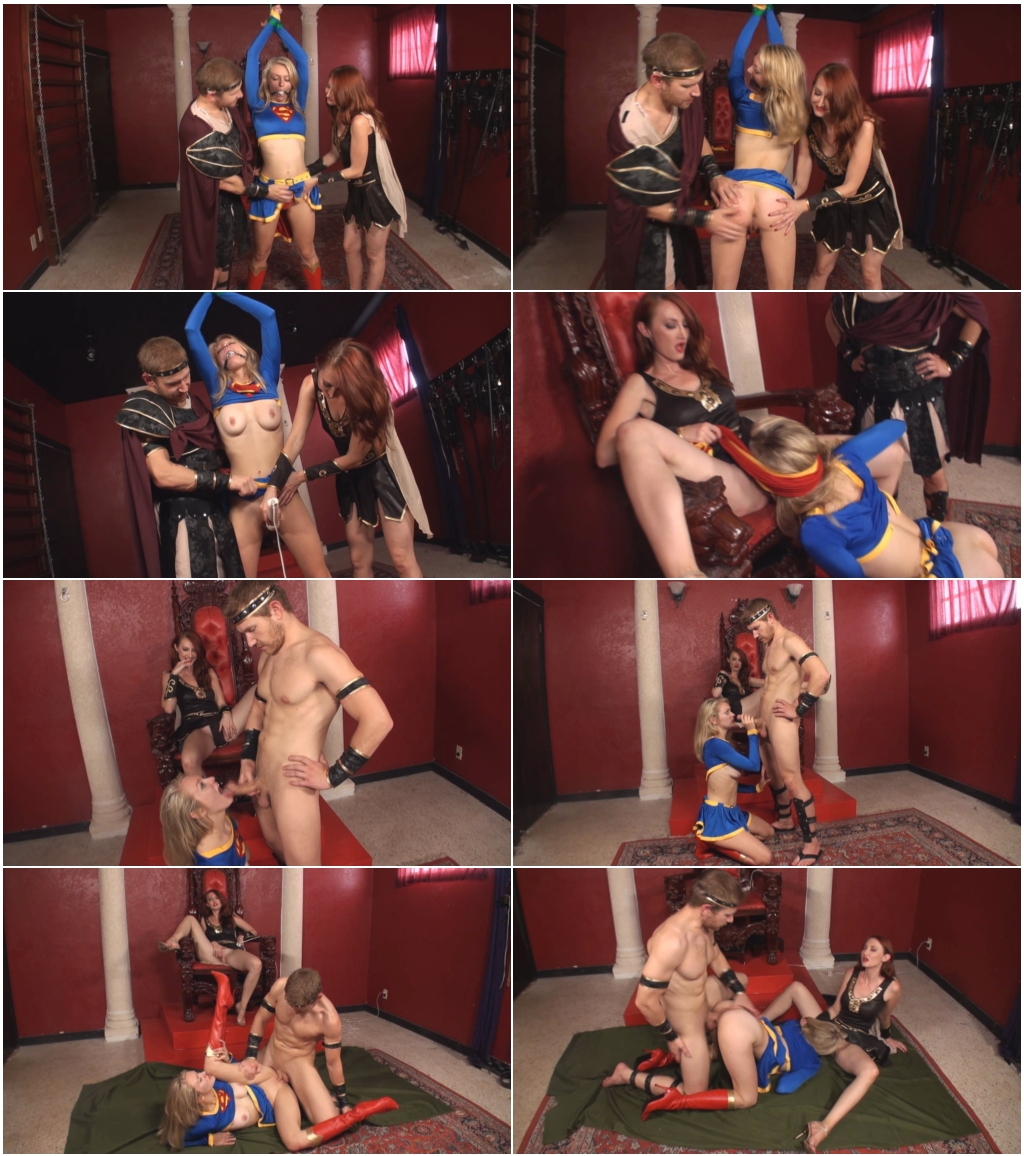 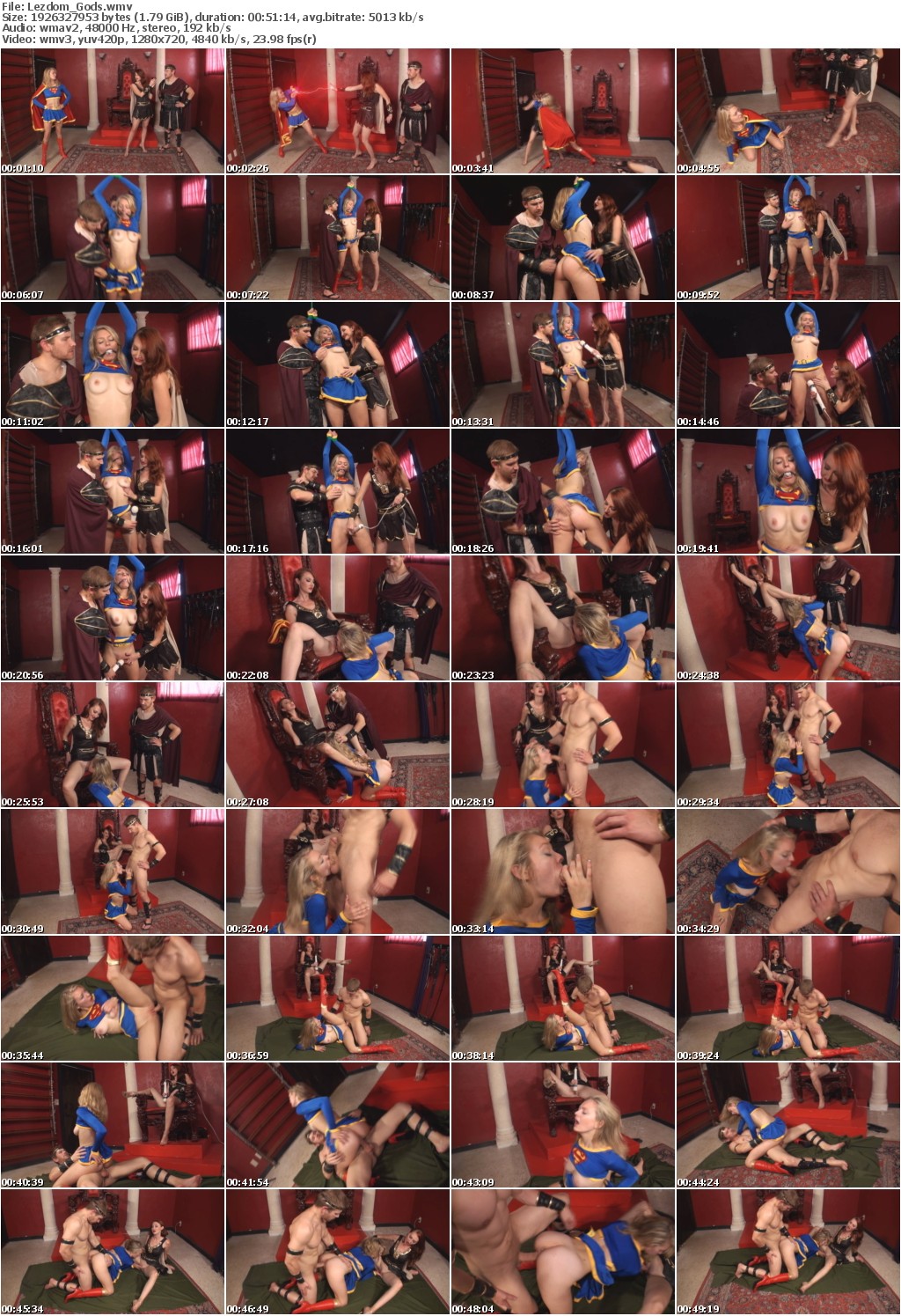 Supergirl has tracked down the current troublemakers on earth….The Greek Gods. Aphrodite and Ares are attempting to put together the Teseract to control the planet. WTF is going on, Supergirl wants to know. A battle quickly ensues. Supergirl has the upper hand, but the sneaky Aprodite leaves the bottle for a bottle of perfume. She loses it in the fight upon her return, but Ares manages to spray Supergirl with it, subduing her.

Once under their control, the Greek Gods exact sexual revenge on Supergirl. They begin by some fondling and spanking, each taking their turns spanking her ass and playing with her pretty tits and tight ass. From there, its on to a forced orgasm for Supergirl. She just can’t resist. She screams in orgasm. This puts Supergirl into a more pliable state. Which is good, because its time for Supergirl to be put to work as a sex toy. First, she is forced to eat out Aphrodite. Then, Ares fucks her in missionary and cowgirl positions. Then he fucks her doggy style as she is forced to eat out Aphrodite. When Ares is ready, Supergirl is forced to strip naked and he blasts his Mount Olympus load all over her pretty face.