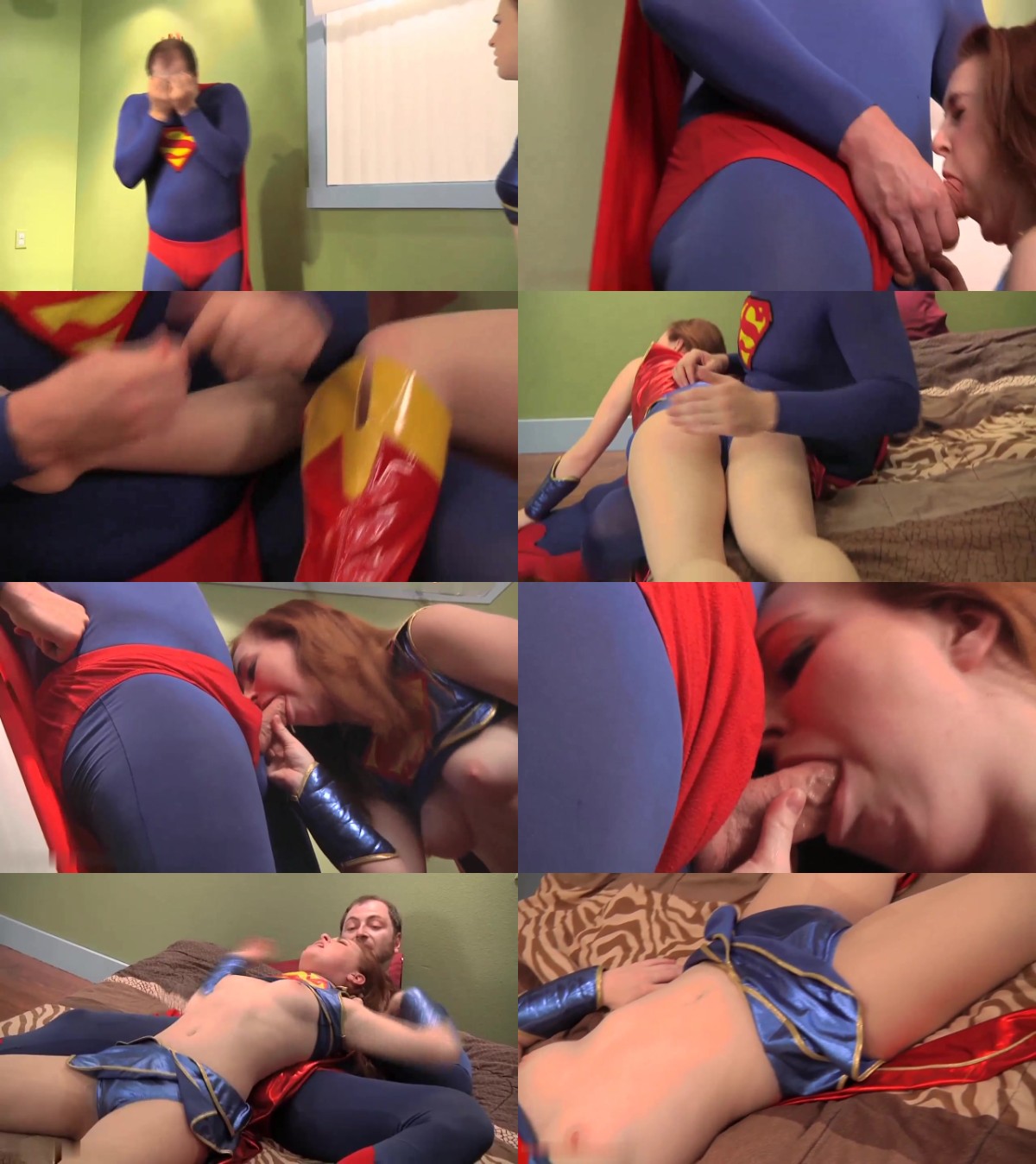 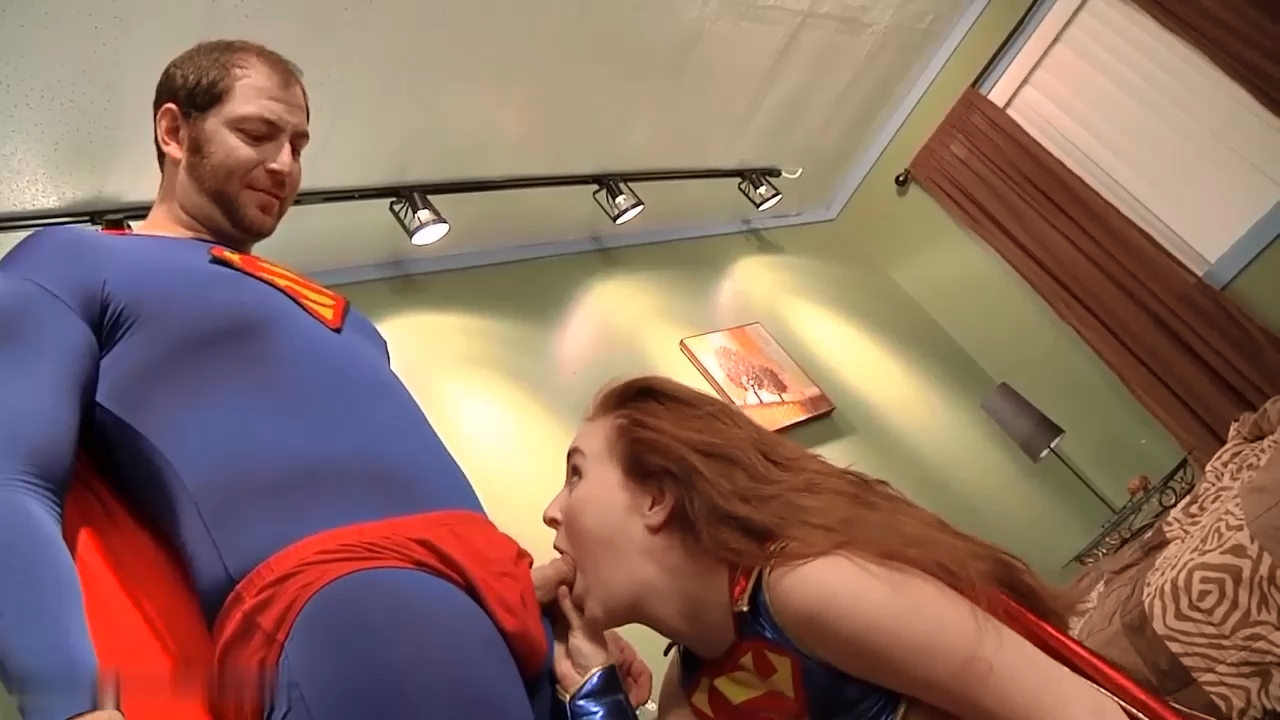 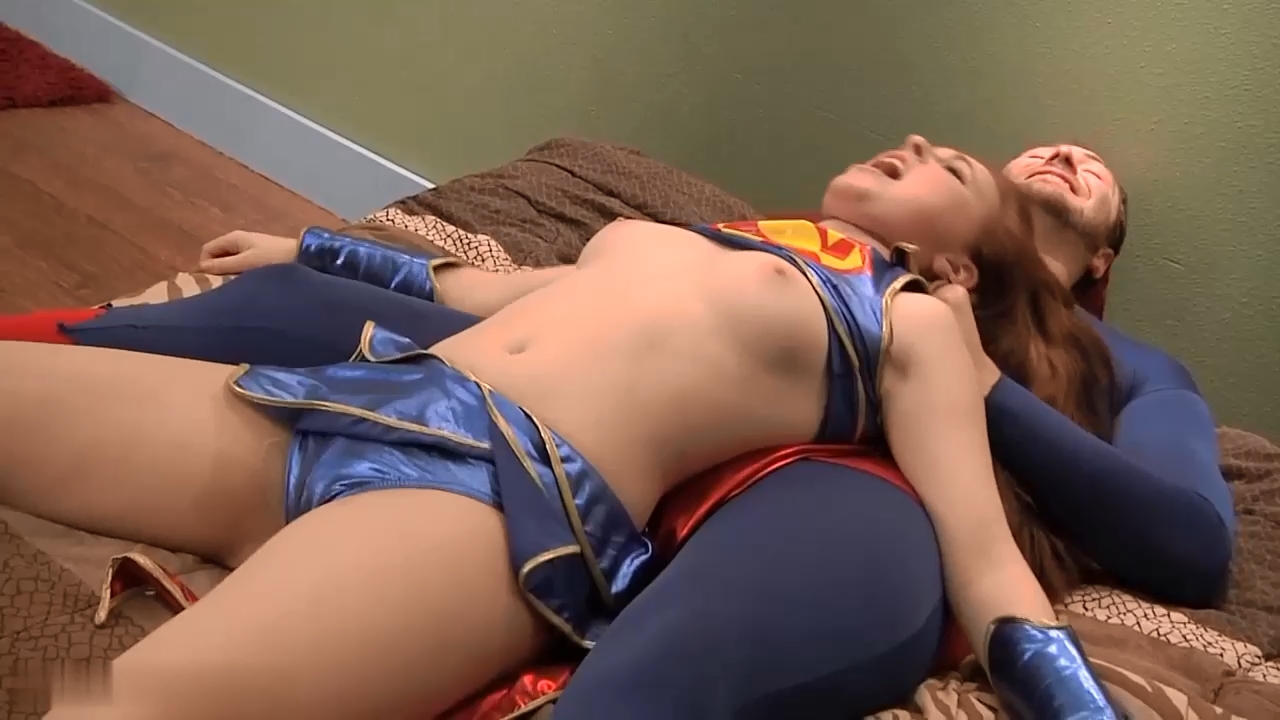 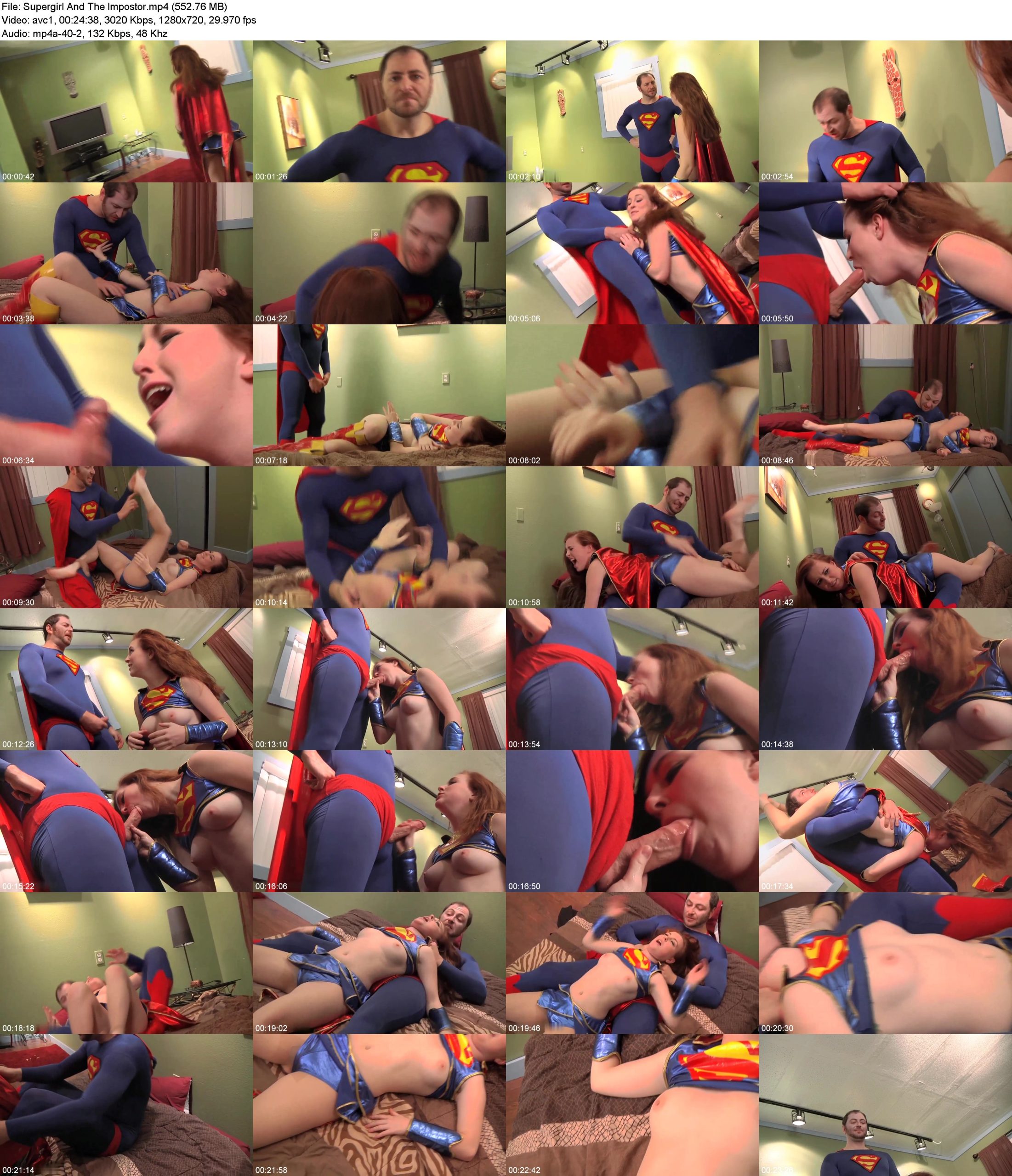 Supergirl has just got back from patrol when Superman enters her apartment, asking about her day, then Superman comes in and.wait. Two Supermen? The first Superman and Supergirl are confused and alarmed by this other Superman in her apartment, but both of the blue spandex clad heroes assure that the other is the impostor, but they are identical! Supergirl tries to intervene, but she is too late, one of the Supermen stares hard at the other and with a blast of searing light, Superman is destroyed by the laser vision. The remaining Superman starts to get really confused, not knowing who or what he is, or what is going on, he starts to crack, literally. His skin starts to come off, revealing grey scaly skin beneath, and the confusion overwhelms the super powered man, he starts to attack Supergirl. Beating on her. He tries to prove he is the real Superman by pulling out his cock and shoving it into her mouth. She tries to get away, which infuriates the bizzaro Superman, so he “punishes” her, holding her down and tickling her all over making her laugh, but he realizes that he was too hard on her and has to “reward” her, forcing her over his knee to spank her. He gets more and more confused, and Supergirl begs him to stop, he feels bad and tells her he needs to be punished, she can’t resist his superior strength as he drags her to the middle of the room and makes her suck his cock, “punishing” him. He fucks her face until he cums. He decides she has done such a good job that he will make her feel really good, the ultimate pleasure, he grabs a rope and wraps it around her neck and tightens it, strangling her.
Strangle, Peachy Keen Films, Death Fetish, Snuff Play, Shooting, Abuse, Rape, Bagging
tags:superheroines fetish,superheroine porn,superheroines sex,humiliation,superheroines adult movies,fantasy,forced sex xxxtremecomixxx