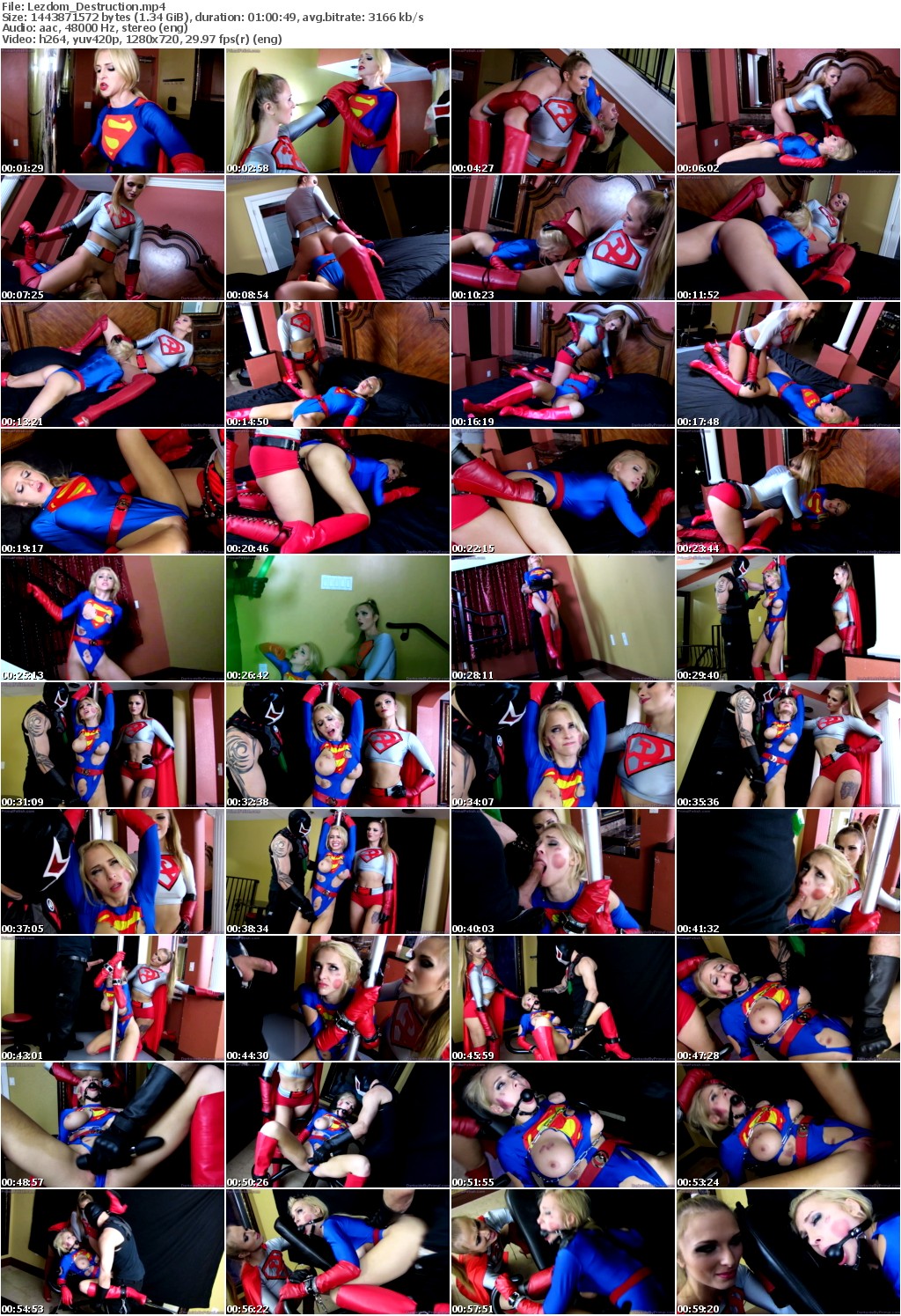 Supergirl is after Lex Luther. She is looking for him in his luxury sweet above one of his clubs when she is confronted by Bane. Despite the villains vicious strength Supergirl easily takes him down, but then a woman lands behind her.She speaks in a heavy Russian accent and calls herself Superior Woman. Supergirl tries to take her down as she did Bane but instead takes a terrible beating from the larger more powerful opponent.Now held off the floor by her throat Supergirl learns that Superior Woman is a clone of her, but made bigger, stronger and more powerful. Supergirl is then completely defeatedSuperiror Woman sexcually dominates Supergirl, forcing her to eat her superior pussy until she is satisfied. She then crushes SG’s head between her mighty thighsSG wakes up and now SW dominates her with a strap-om, even making her cum from the super-powered fuckingSG recovers, and prepares for a rematch, but SW uses her more powerful laser eyes to blast SG over and over, destroying her costume. SW gloats, but SG manages to get to her feat, and like a true hero she turns the tables on SW. Before she can finish her Nemesis both SG and SW drop to the floor suddenly weakened as Bane comes in with large piece of kryptonite. he uses the special radiation filter built into his vest, designed to protect the clone from its effects. The filter lessens the radiation from the kryptonite enough that it only weakens SG and doesn’t her. But it does allow Bane to beat her senseless and put her down with a sleeper holdNow Bane has his fun breaking SG, she is forced to cum over and over, he doesn’t relent until SG submits to sucking his cockStill the evil pair is not done, and SG is bound again, forced to cum even more until she submits to being fucked by Bane. SG is totally humiliated and defeated. All at Lex Luther’s bidding
Category: SUPERHEROINES
Related Categories: SUPER VILLAIN, AMAZONS, FORCED ORGASMS, MIXED FIGHTING, LESBIAN DOMINATION
Keywords: strap on, powerful thighs, powerful women, scissorhold, costume, cosplay, supergirl, pussy eating, ball gag, russian, evil clone
tags:superheroine,superheroines,lesbian domination,lezdom,stroyline,froced orgasm,submission,humiliation,super hero, super heroines ,superwoman,supergirl,fantasy,facesitting,strapon