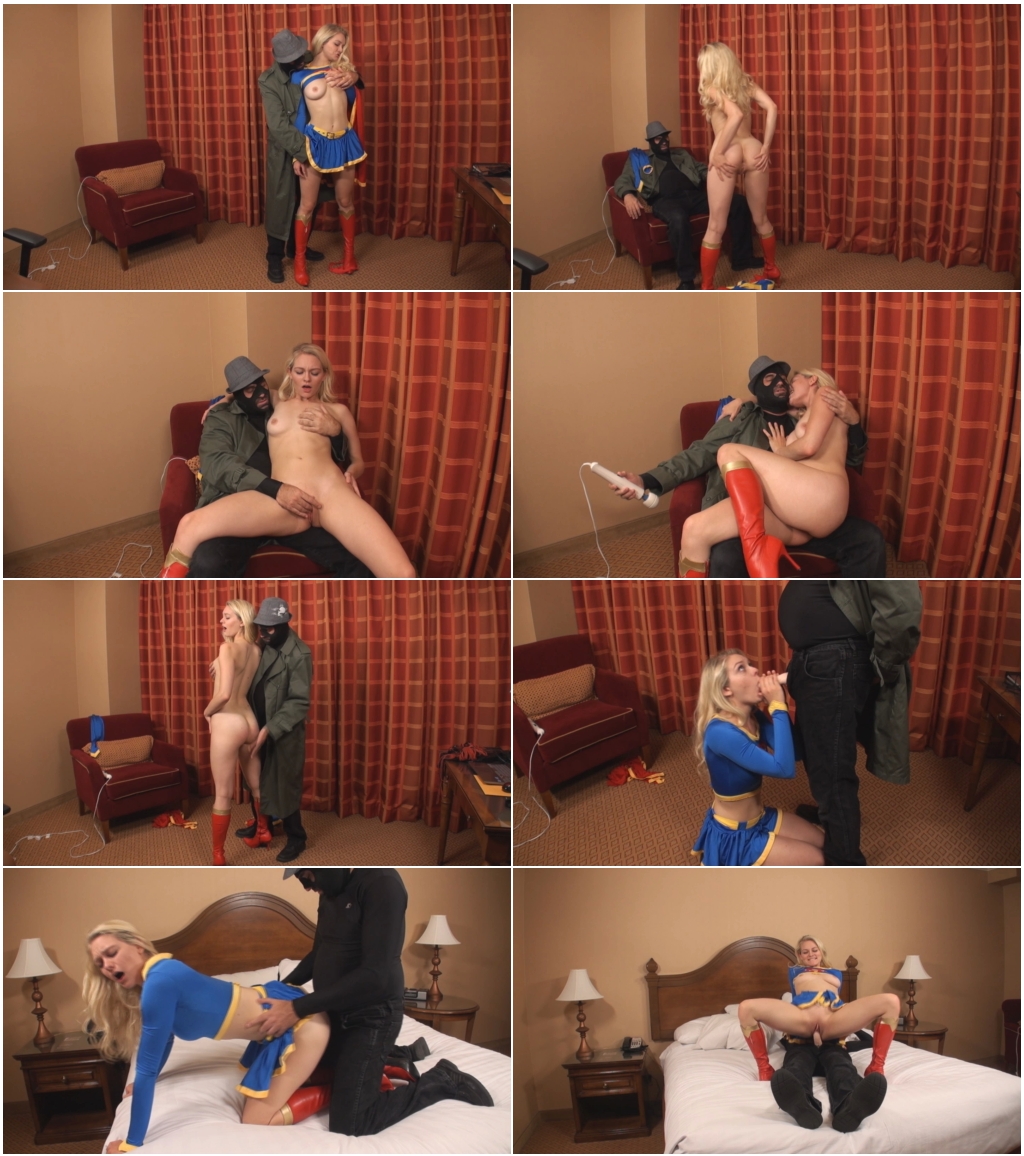 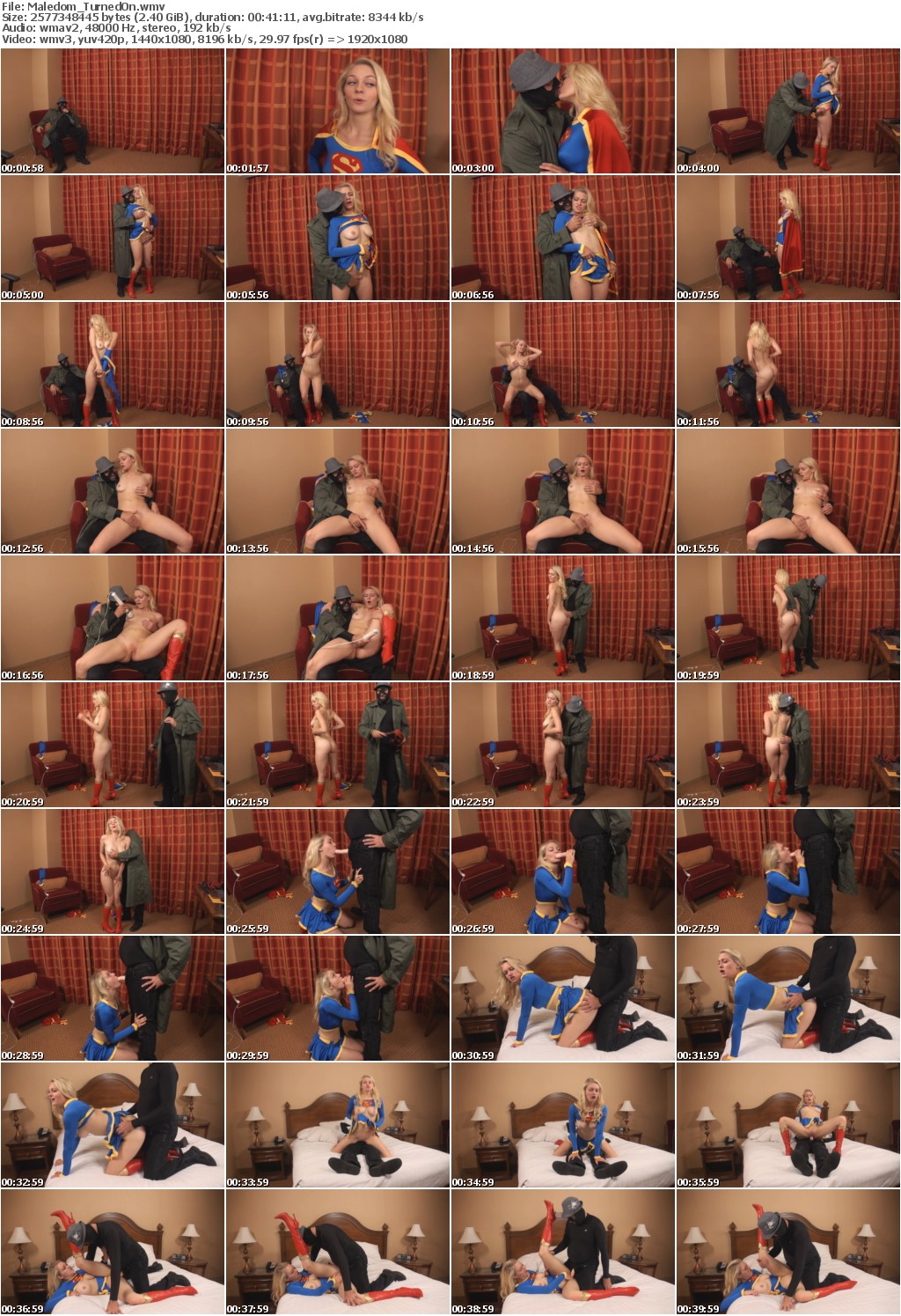 Dark Shadow has just robbed billions of dollars from Tropic City Bank. Who will capture him. Supergirl to the rescue!! She storms into his lair to take him down. Supergirl notes he has no Kryptonite this time. A brief fight ensues, but Dark Shadow has more dirty tricks up his sleeve. Instead of fighting fair, he starts to fondle Supergirl. Should be easy enough to win for Supergirl, but she can’t resist. Its simple orgasm control, as Dark Shadow informs her. Supergirl had so many orgasms from their last meeting that her body can’t resist. She tries and tries. You can see the struggle in her face as she tells him No. But her body says yes as he continues to fondle her and force kisses on her. He then makes her strip nakd and give him a lap dance. He pulls her to sit on his lap and rubs her pussy as she moans in pleasure. He pulls out the Hitachi and forced her to orgasm. Supergirl has lost her will. She still struggles and pleads, but to no avail. Dark Shadow knows Supergirl likes getting spanked and flogged, so he does that. Then its time for Supergirl to suck his cock. He then fucks her in 3 positions and cums deep inside her. He finishes her off with more kisses.
Category: SUPERHEROINES
Related Categories: SUPER VILLAIN, FORCED ORGASMS, BONDAGE SEX, FETISH, FORCED KISSING
Tags:Maledom,Male Domination,superheroine,superheroines,Humiliation,Submission,froced orgasm,super hero, super heroines,supergirl,superwoman