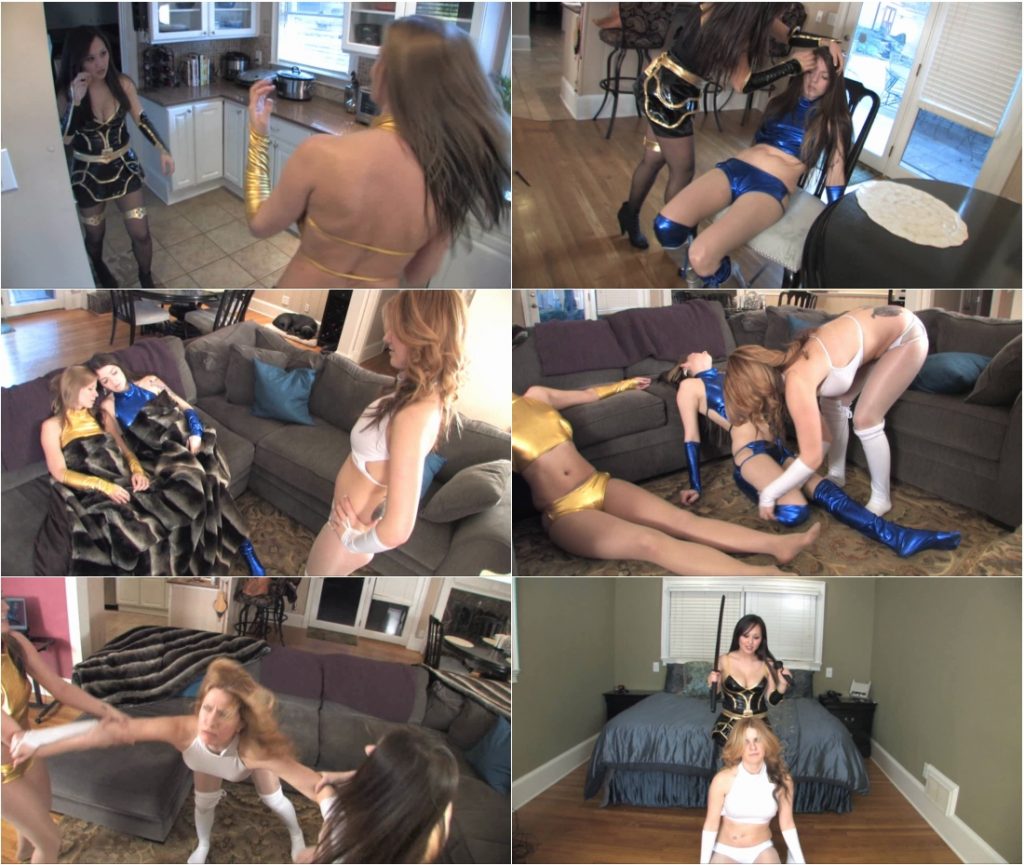 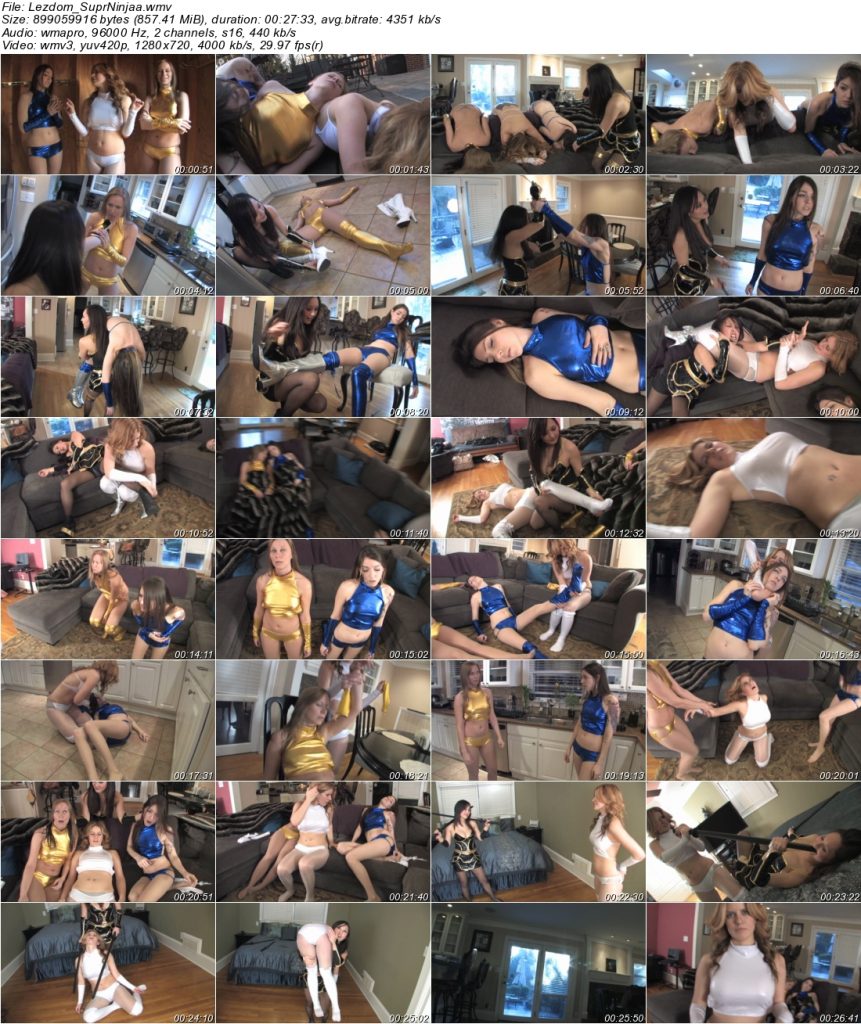 Starring Jacquelyn Velvets, Sumiko, Candle Boxxx, Serena, and Ivy Sloan. In this super sequel custom script Serena, Candle, and Ivy cautiously approach a hideout unknowing of what to expect. Much to their surprise, their missing leader Jacquelyn Velvets stands before them with a new mission to take out the Super Ninja once and for all with the grand reward of becoming group leader. When the supers finally enter the house, Sumiko appears, and a showdown ensues that proves to be too much for the ninja while they take turns giving her belly blows and hard punches to the face. After a vicious uppercut is dealt out by Jacquelyn, Sumiko goes flying back in a heap, and the girls begin to celebrate over their quick victory. Sumiko doesn’t make it easy for them when she breaks out a secret weapon that flash effect strips them of their super suits, stripping them of their powers, and then seals the deal with another flash effect KO for fun! The supers begin to discover that they need to smarten up, but in this EPIC “every girl for themselves” battle, only one can be victorious in the end!
This movie contains QUICK KNOCKOUTS: neck chop KOs, double neck chop KOs, belly punching, punch outs, uppercut punch KO, flash KO, neck pinch KO, blackjack KOs, sleepy spray KOs, sleeper hold KO, heart punch KOs, body piles, over the shoulder carries, two person carry, rag dolling, limp limb manipulation
tags:superheroine,superheroines,lesbian domination,lezdom,story line ,storyline,froced orgasm,submission,humiliation,super hero, super heroines ,superheroines porn,superheroine porn , superheroines adult movies,catfight,cat fight,,female fighting,ring wrestling,female wrestling,Scissors,catfighting,cat fighting